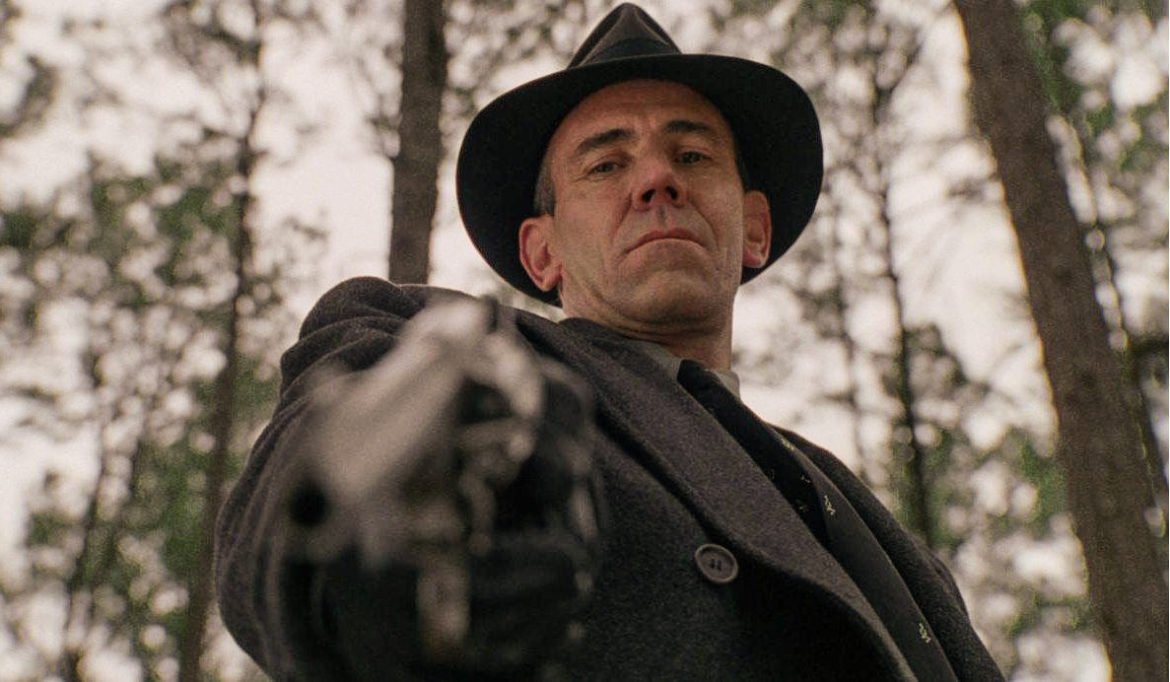 Thanks for sticking with us. Here are my Top 10 unsung movie villains…

How could two of the most violent brothers ever seen on film be played by a pair of real-life brothers known for dreamy romantic pop tunes? “The Krays”, directed by Peter Medak, chronicles the infamous Kray twins, savage thugs who ruled London’s stylish East End club scene in the 60s. Chillingly portrayed by Gary Kemp and Martin Kemp, founding members of the pop group Spandau Ballet(!), the Krays are a study in harrowing contrasts; capable of explosive violence and surprising charm and tenderness (especially in the presence of their doting mother, brilliantly played by Billie Whitelaw). “The Krays” not only presents us with two memorably brutal villains but is also an excellent film.

Few movie villains are as terrifyingly real as Leandro Firmino da Hora’s chilling portrayal of Li’l Zé, a remorseless homicidal maniac, in Fernando Meirelles’ Brazilian slum gang masterpiece “City of God”. Perhaps the reason for that is the fact that director Meirelles used non-professional actors in his film cast primarily from real-life “favelas” (Brazilian shanty towns), even from the frightening favela that “City of God” was filmed in. According to Meirelles, amateur actors were used for two reasons: the lack of available professional black actors, and the desire for authenticity. The result is an absolutely chilling performance that will stick with you long after the film has ended.

Now, I know I’m going way back here but perhaps the most egregious omission from most movie villain lists is that of ruthless, giggling killer Tommy Udo in Henry Hathaway’s classic film noir “Kiss of Death”. Richard Widmark (who made his screen debut in the film) earned an Academy Award nomination for playing Udo (how many movie villains can make that claim?). I mean, Udo tosses an old wheelchair bound lady down a flight of stairs to her death(!). Then there’s his philosophy on “squealers”, “I let ’em have it in the belly, so they can roll around for a long time thinkin’ it over.” Oh, and when real life New York mobster “Crazy” Joe Gallo saw this movie, he began wearing his suits with black shirts and white ties in emulation of Udo. He also began acting in a more crazed manner, thus giving rise to his “Crazy Joe” persona which lasted until the gangster’s death in 1972 when he was shot to death in a restaurant. I rest my case.

Few actors are as dynamic as Brad Pitt and he proved it early on as poor white trash, tobacco-spitting serial killer Early Grayce in Dominic Sena’s debut film “Kalifornia”. Early and his dim-witted girlfriend Adele (played brilliantly by Juliette Lewis) find themselves on a weeklong, cross-country journey with artsy yuppies (played by David Duchovny and Michelle Forbes) who are on a “blue highways tour of historic murder sites”(!). Duchovny and Forbes, who were just looking for a couple to share travel expenses with, soon find that the simple-minded but charming Early just so happens to be a wanted serial killer on the run from the law. Surprise!!! Pitt, whose performance was called one of “the most harrowing and convincing performances I’ve ever seen” by Roger Ebert, is absolutely chilling.

Gary Oldman is no stranger to playing the bad guy in movies; he does it as good and mostly better than most actors. In “State of Grace”, music video director Phil Joanou’s debut film, Oldman plays small-time Irish hood Jackie Flannery, who operates in the Hell’s Kitchen area of New York City. Oldman “gives an electrifying performance that both establishes a tragic, terrifying character” wrote Janet Maslin in her New York Times review. Oldman who stars alongside Sean Penn and an equally sinister Ed Harris (who plays Jackie’s older brother and the man calling the shots) delivers “the ferocity of a Joe Pesci, the aimlessness of a “Mean Streets” De Niro, and the sex-appeal of a pre-fight Mickey Rourke” (Derek Adams, Time Out London). Like I said earlier, great actors make great villains – and Oldman proves yet again that he is perhaps the finest of his generation.

Gene Hackman is no stranger to playing nefarious characters but I doubt he’s ever had more fun playing a role than he did with John Herod in director Sam Raimi’s dusty western “The Quick and the Dead”. As the ruthless ruler of the town of Redemption (“This is my town! If you live to see the dawn, it’s because I allow it!”), Herod runs a single elimination gun-fighting contest in which he is always the last man standing. So despised is Herod by the town folk that they actually muster up enough money (after Herod’s 50% tax) to hire a gunslinger (the ill-fated Keith David) in an attempt to take him out. Hackman takes his Little Bill character from “Unforgiven” and adds a dash of sinister charm that makes the film, which suffers from a frigid performance by Sharon Stone, highly enjoyable.

Every now and then, a film introduces a character unlike any that you’ve seen before; that’s the case with Danny Huston’s Arthur Burns character in director John Hillcoat’s brutal western “The Proposition”. Huston delivers what Roger Ebert calls “a performance of remarkable focus and savagery” as Burns, an outlaw on the run for rape and murder with a tendency for spouting sentimental yet menacing speeches on the importance of love and family. In a savage, sun-soaked film that features excellent performances from the always terrific Ray Winstone and Guy Pearce, Huston’s portrayal of Burns is mesmerizing. A must-see film.

Long before Denzel Washington played New York heroin dealer Frank Lucas in Ridley Scott’s “American Gangster“, Wesley Snipes turned in a remarkable performance as New York crack kingpin Nino Brown in Mario Van Peebles’ “New Jack City”. “Snipes’s work is lustrous and threatening” wrote Hal Hinson of The Washington Post. “When he lashes out, his talons slash holes in the screen.” Nino, who takes over an entire apartment building to launch his crack empire and spits out lines like “Sit your five-dollar ass down before I make change” and “Money talks, and bullshit runs a marathon”, is never less than convincing; never less than chilling. Roger Ebert said of Snipes, who was robbed of at least an Academy Award nomination, “he has the threatening charisma of a great screen villain”. Truth.

The fact that the film was shot on 16mm film over 28 days on a budget of $110,000 surely adds an additional sense of gloom to a film that features one of the most grisly characters ever brought to the screen. Henry, the nomadic serial killer in John McNaughton’s psychological thriller, is played with remarkable calm and “unrelenting power” (Roger Ebert) by Michael Rooker, who supposedly remained in character for the duration of the shoot (even off set). The result is a truly frightening character with a chilling indifference for human life. “There is no glint in his eyes to suggest the madman about to emerge; he kills as simply and naturally as he breathes” wrote Caryn James in her New York Times review. “Henry: Portrait of a Serial Killer” is a disturbing look into the black heart of a killer.

If Peter Greenaway’s savagely confrontational film, “The Cook, The Thief, His Wife & Her Lover” hadn’t received the dreaded X rating and been confined to art-house theaters, Michael Gambon’s Albert Spica would make the top 5 of any ‘Greatest Movie Villains’ list. Top 3, perhaps. Spica, a loud-mouthed, violent gangster who frequents (terrorizes) a fancy London restaurant with his entourage and disinterested wife (played by a smoldering Helen Mirren) is “thoroughly despicable” wrote New York Times film critic Caryn James. Variety magazine called Spica “one of the ugliest characters ever brought to the screen. Ignorant, over-bearing and violent, it’s a gloriously rich performance by Gambon.” Roger Ebert called Spica “the kind of bully you can only look at in wonder, that God does not strike him dead.” It is a performance of such moral emptiness (Harvey Keitel’s performance in “Bad Lieutenant” comes to mind) and brutality that it makes the film an unsettling one to sit through. But if you’re a fan of great movie villains, “The Cook, The Thief, His Wife & Her Lover” is a must see.

Got a great movie villain flying under the radar that you want to share? That’s what the comment section is for. Go ahead, I dare you…