Anybody who knows me knows what I think of today’s popular music. It sucks monkey balls. It’s all I can do to keep my hands on the steering wheel and not remove them to gouge out my ear drums every time my 14 year old daughter takes control of the car radio. Yeah, I know, every generation thinks their generation’s music was better. But seriously, has music ever been as dumbed down as it is today? And don’t even get me started on hip-hop music!

Having worked in Tower Records on West 4th Street in New York City during the early 90’s, I was privy to the kind of music most people only get to hear today via satellite radio. Back then, you had to read the Alternative Press or NME to get the skinny on the latest kick-ass bands and then pick up the cd to get a listen. That year at Tower Records opened me up to a world of music I’d never thought existed; bands like the Pixies, Pavement, Alice Donut, Dinosaur Jr., and Superchunk. 20 years later, it is still the best job I ever had.

Today, uncovering new and original bands isn’t as hard as it used to be back when I was a teenager. With that in mind, get ready to listen to 10 kick-ass rock albums (mostly from the early/mid 90’s) that you’ve probably never heard before (click the album cover to open in Spotify): 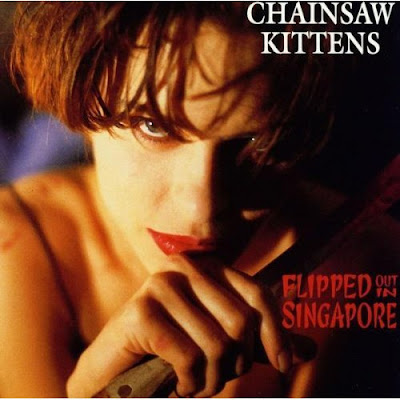 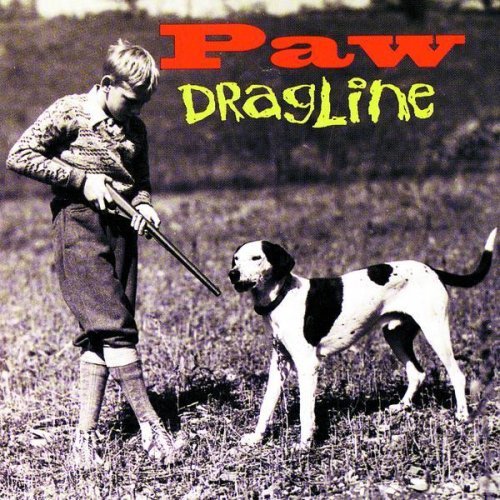 Paw “Dragline”
“Dragline” was the debut album from now-obscure Kansas rockers Paw. Released in 1993, it is still hailed as one of the finest albums of the 90’s. Dragline is part metal, country-metal, and hillbilly grunge. Crashing waves of wall-of-sound guitar chords collide with lead singer Mark Hennessy’s gravelly voice and poignant lyrics to create a powerful and brutally melodic album that kicks ass all over the place. Paw went on to release a follow-up album in 1995 (the solid “Death To Traitors”) before disbanding in 2000. Highly recommended. 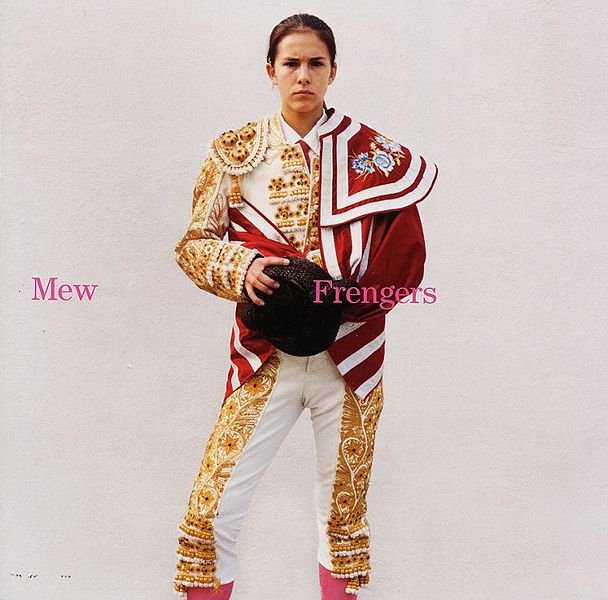 Mew “Frengers”
“Frengers” by Danish band Mew isn’t really a kick-ass rock ‘n roll record but yet it is. It just creeps up on you like a seductress and once it has you, it rocks your world. This flawless album, driven by lead vocalist Jonas Bjerre’s falsetto lyrics, never lets up on haunting melodies and billowing melodrama. You’ll be asking yourself whether you’re listening to a pop rock album or an alternative one and after the many listens this album requires before it starts to settle into your soul, you won’t care. A gem. 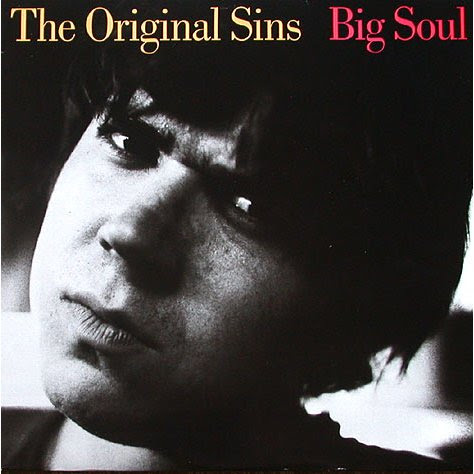 The Original Sins “Big Soul”
“Big Soul” came out in 1987 when LPs (remember those?) were still king but it would wipe the floor with the majority of today’s rock acts. Fueled by wah-wah guitars, down and dirty organ (remember those?), and lead vocalist/guitarist  John Terlesky’s howling vocals, “Big Soul” is a thick slab of smoking 60’s psychedelic punk. The album was re-released on CD in 1994 with six bonus tracks giving you all the more reason to grab the album that was hailed by The New York Times as “one of the best indie rock albums of the l980s.” 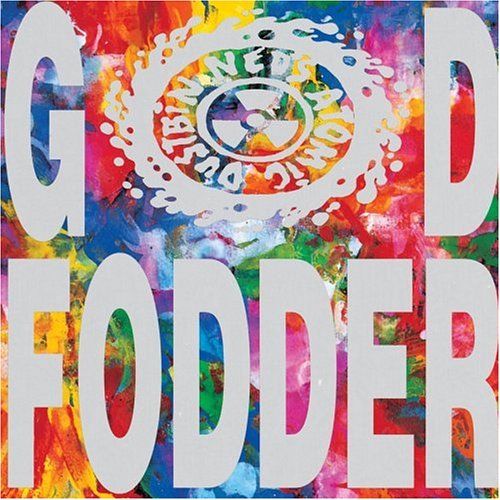 Ned’s Atomic Dustbin “God Fodder”
Released in 1991, “God Fodder” can easily be described as a nuclear guitar attack. Make that a nuclear bass guitar attack. Employing a dual bass guitar combined with a jolting barrage of  chunky guitar riffs, the album is rife with gloriously catchy hooks and insightful lyrics awash in post-adolescent angst.  In an era known mostly for its Grunge sound, Ned’s Atomic Dustbin released one of the finest examples of pure power pop ever put on record. 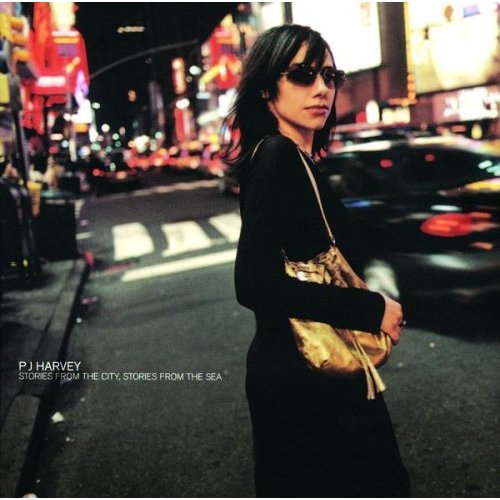 PJ Harvey “Stories from the City, Stories from the Sea”
You really can’t go wrong with any PJ Harvey album. I chose her 6th album due to its feral intensity and stripped-down sound that’s reminiscent of the raw New York sound of bands like The Velvet Underground and Television 30 years ago. Produced by Flood (of U2, Depeche Mode, & Smashing Pumpkins fame) the album is a combination of punchy electric guitars, stomping drums, and Harvey’s haunting lyrics. Radiohead’s Thom Yorke even adds his ethereal yowl to one of the album’s standout tracks “This Mess We’re In”. Nuff said? 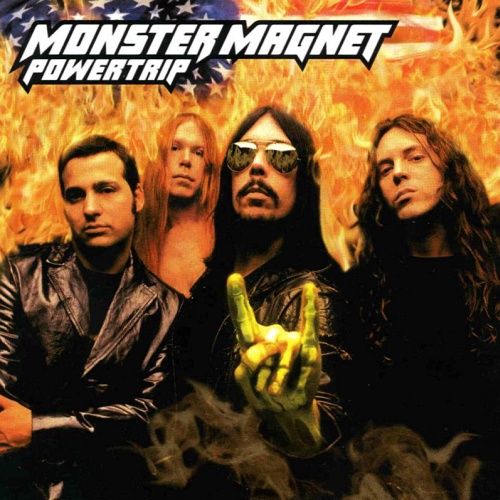 Monster Magnet “Powertrip”
Monster Magnet is responsible for bringing “stoner rock” to the mainstream. With their 4th album, Monster Magnet descend upon us with their brand of post-modern freakrock which combines the heavy riffs of Black Sabbath with the furious grooves of The Stooges. Supercharged layers of guitar wash over lead singer Dave Wyndorf’s hedonistic lyrics of power, money, sex, and drugs to create the ultimate mind-bending psychedelic space rock experience. Word. 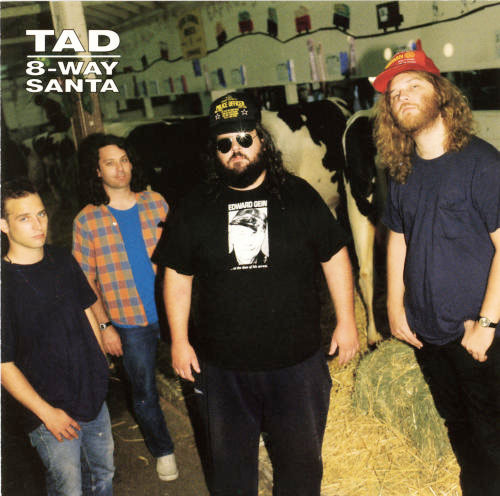 Tad “8-Way Santa”
Yeah, Tad hails from Seattle. Yeah, they’re a grunge band. Yeah, they don’t give a shit about baby seals. They drink, they probably stink, they’re gnarly-looking, but they know how to kick ass when it comes to music. Produced by Butch Vig (of Nirvana, Smashing Pumpkins, & Sonic Youth fame), 8-Way Santa puts its foot on your throat and doesn’t let up until the last track. Next! 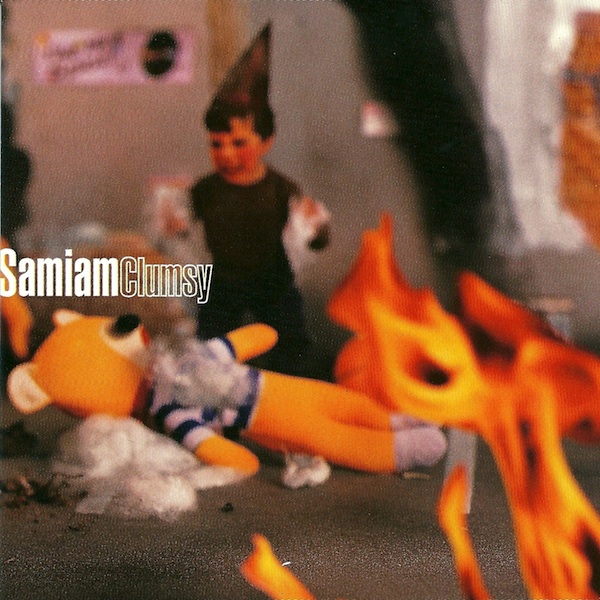 Samiam “Clumsy”
Why Samiam’s 4th album “Clumsy” (released in 1994 on Atlantic Records) wasn’t a platinum-selling success is a mystery. During the grunge/pop-rock era that were the 90’s, “Clumsy” was a brilliant album chock full of the kind of melodically hard riffs, emotionally-charged lyrics, and catchy choruses that would make Green Day…uh, green with envy. A punk-pop masterpiece. 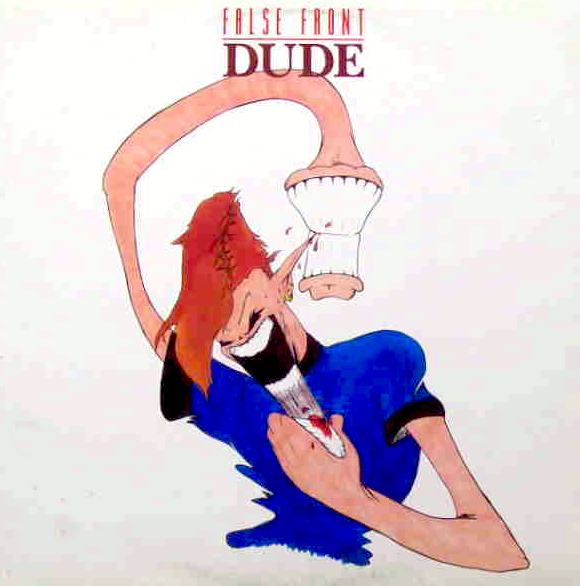 False Front “Dude”
Released in 1993 and produced by former Butthole Surfers bassist Kramer for his Shimmy Disc label, “Dude” is a rare find (not yet available on Spotify). But if the thought of a highly pissed-off Jim Morrison returning from the dead accompanied by merciless walls of sonic guitars piques your interest, then locating this album will be akin to finding that long-lost diamond earring under a pile of dirty underwear. “Dude” is as uncompromising a gem of a rock album as you’ll find. Guitars roar to life like a serial killer aroused by the scent of fear while the poetic, brooding lyrics celebrate the dark alleys of life that we usually avoid. It’s not for all tastes and like all great albums, it takes several listens before the album stirs the darkest regions of your soul.

Got 10 kick-ass albums you think I’ve never heard? Then what are you waiting for? Throw ’em down!