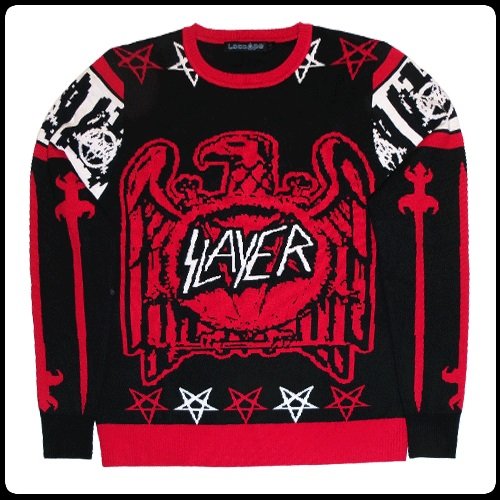 Yeah, the holiday season is upon us already (where the heck did 2012 go?) and it’s time to think about gifts for our family and friends. Some people are pretty easy to figure out what gift would make them happy. Others, not so much. What do you buy for that long-haired, tattooed, black nail polished, and ripped jeans guy that delivers the office mail? You know, the guy who never hears you because he’s got Slayer cranked up on his iPod headphones all the time but is really sweet when you chat with him outside on a cigarette break? Yeah, that guy (or gal).

Well, your good friend Dan Perez is no stranger to Heavy Metal music, having grown up a Metalhead in the glorious dawn of the genre. Needless to say, I got you covered like an umbrella. Here are a few gifts for that Heavy Metal lover in your life… 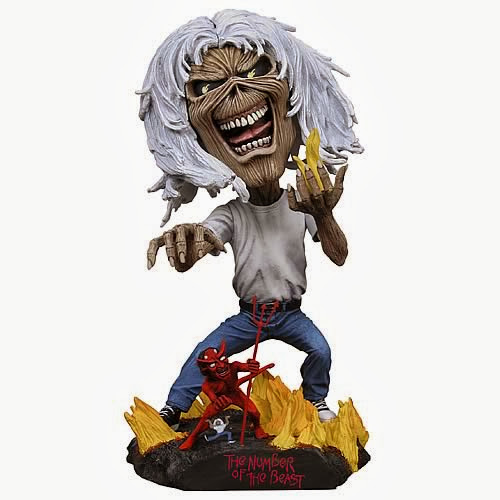 It’s the classic album that was the object of scorn by religious conservatives while introducing Bruce Dickinson to the Heavy Metal masses and becoming Iron Maiden’s first album to reach No. 1 in the UK albums chart and be certified platinum in the United States. Oh, and Eddie’s head bobbles (Eddie is the long time Iron Maiden “mascot”). A winner with any Metal fan. 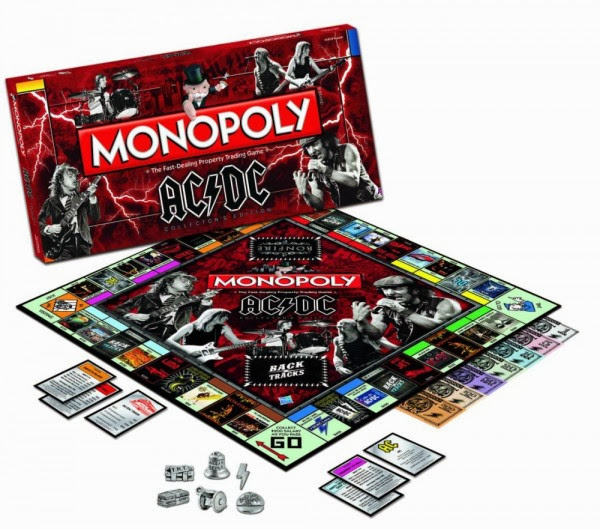 Get Thrashed: The Story of Thrash Metal (DVD) 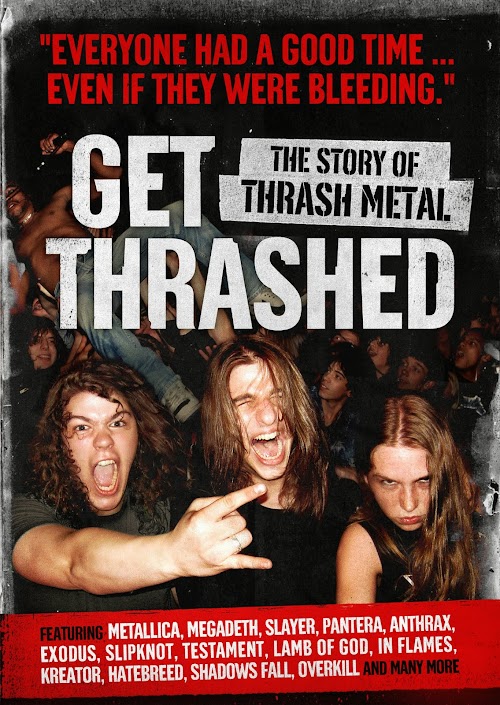 “Get Thrashed: The Story of Thrash Metal” is an award winning documentary film which traces the rise, fall and impact of thrash metal; from its early years, through its influence on grunge and today’s heavy metal scene. The film features the music of and interviews with members of Metallica, Megadeth, Slayer, Pantera, Exodus, Anthrax, Testament, Overkill, Kreator, Suicidal Tendencies, and many others. A must for any die-hard Heavy Metal fan. 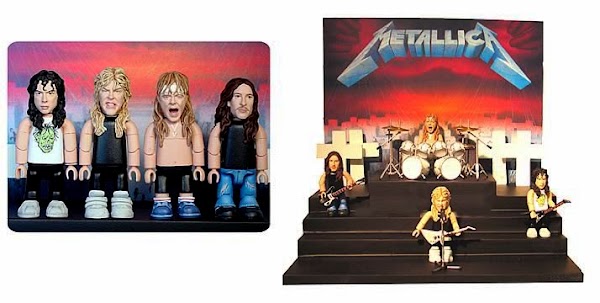 Released in 1986, Metallica’s “Master of Puppets” is arguably their greatest album (and their last with late bassist Cliff Burton). Without any airplay or music video, the album was the band’s first record to be certified gold for sales of over 500,000 copies (it has sold over 6 million copies since). This badass 25 piece figurine set includes: 4 figurines [James Hetfield, Lars Ulrich, Kirk Hammett, Cliff Burton], stage, backdrop, 4 crosses, 2 guitars, bass, 4 cymballs with stands, high-hat cymbal, 4 piece drum set, 2 drumsticks, and microphone. Nuff said?

Mosh Potatoes: Recipes, Anecdotes, and Mayhem from the Heavyweights of Heavy Metal 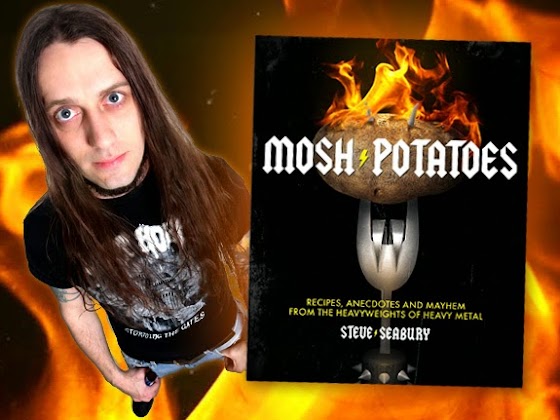 Divided into “Opening Acts” (appetizers), “Headliners” (entrees), and “Encores” (desserts), “Mosh Potatoes” features 147 recipes that every Heavy Metal fan will want to devour. With recipes like Spicy Turkey Vegetable Chipotle Chili from Ron Thal of Guns N’ Roses, Orange Tequila Shrimp from Joey Belladonna of Anthrax, Pasta Terror from Millie of Kreator, Tarragon Salmon from Bobby Blitz of Overkill, and Krakatoa Surprise from Lemmy of Motorhead, “Mosh Potatoes is so damn hot that Satan himself would get out of the kitchen!” {Morgan Lander, Kittie}

This 10″ guitar is a miniature of Megadeth founder and guitarist Dave Mustaine’s “Angel of Deth” V guitar. Mustaine formed the band with bassist Dave Ellefson in 1983 after Mustaine was kicked out of Metallica. This mini-guitar comes with a free stand for proud displaying. Of course, if you REALLY want to please your Metalhead family member or friend, you can always purchase the Dave Mustaine Signature VMNT solid body electric guitar which offers Mustaine’s special D-shaped neck profile, a full 2 octave 24 fret neck, mahogany body and case for just under $700. Either way, you’ll be loved and adored for years to come.

Iron Man: My Journey through Heaven and Hell with Black Sabbath 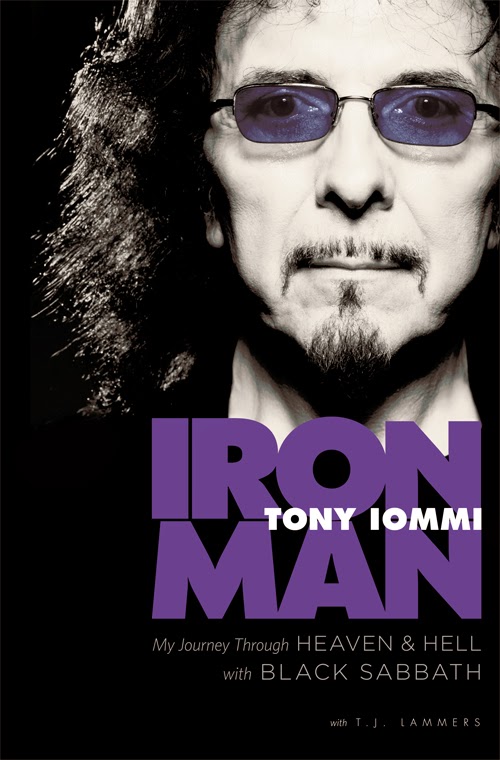 “Iron Man” chronicles the story of both pioneering guitarist Tony Iommi and legendary band Black Sabbath. Formed in Aston, Birmingham in 1969, Black Sabbath defined the Heavy Metal genre more than any other band. In “Iron Man”, Iommi speaks about his rough childhood, the accident that almost ended his career, his failed marriages, personal tragedies, battles with addiction, band mates, and the ups and downs of his life as an artist. “With plenty of behind-the-scenes stories and fresh perspectives on some of music’s most notorious characters…this is a frank and honest look at a special part of rock history.” RollingStone.com. 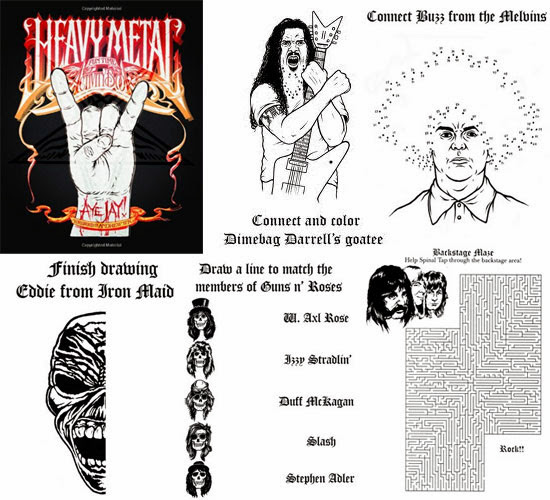 With all the fun of a heavy metal parking lot without the beer stains and moshing, this activity book for kids and adults is an entirely new take on the coloring book genre. Headbangers get the chance to color legends like Metallica and Pantera; help get Spinal Tap through a backstage maze; complete the Black Metal word scramble and hair metal crossword; and solve heavy metal Sudoku. Great for sitting around in waiting rooms or whilst seated on the “throne”. “Never has ‘fun time’ been so charged with such raw, terror-fueled rock power.” {Utne.com} 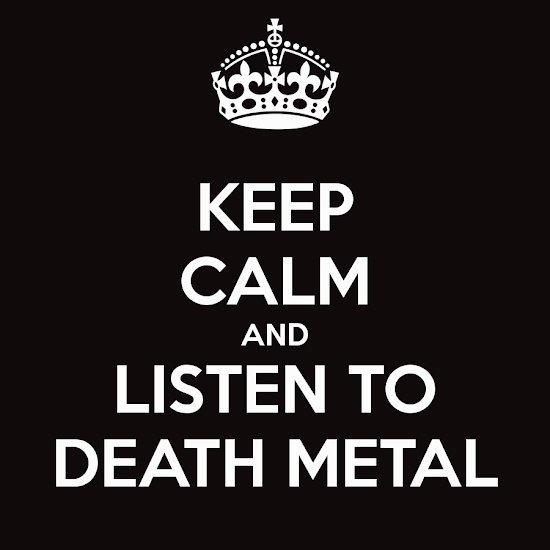 Who doesn’t like t-shirts? That’s right – nobody. So when all else fails, this t-shirt is guaranteed to put a smile on the face of any hardcore Metalhead.

The truly die-hard Slayer fan would probably never take this rather grotesque sweater off and would most likely ask to be buried with it on. It’s currently on sale at $31 (reduced from $89.99!)