An Afternoon in Niagara Falls (Video) 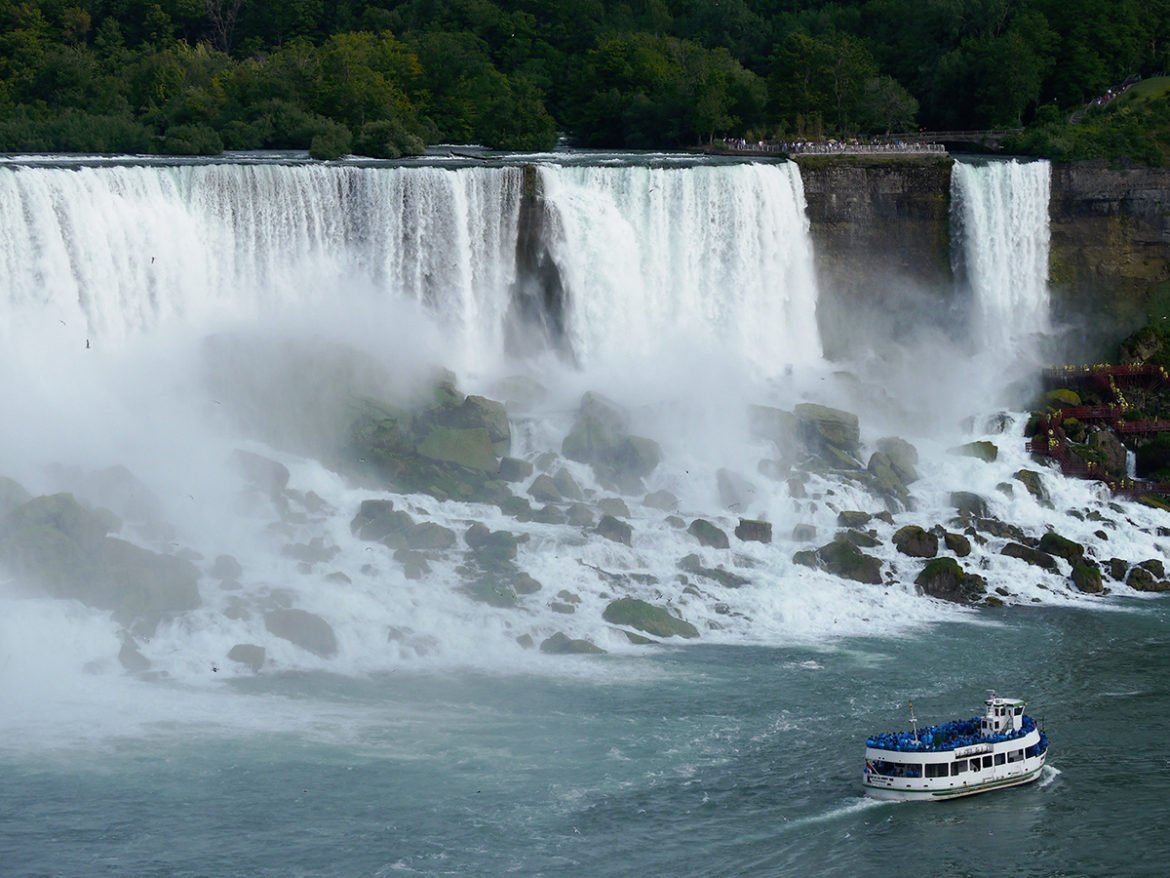 Late last month, I traveled with my family to Toronto to attend the screening (and Canadian premiere) of my latest documentary film, V.A.C.C. Camp: Camp Can-Do at the ReelHeART International Film Festival (Oh, by the way, the film took home the prize for third place in the Feature Documentary category). After spending a few days in the lovely city of Toronto, we decided to spend a day at nearby Niagara Falls in Ontario (we were told the view was better than from the Buffalo, NY side).

After checking in at the Marriott Niagara Falls Hotel Fallsview & Spa (our room featured a lovely view of the Falls) we hopped aboard the Maid of the Mist for a close-up experience of Niagara Falls (it was very misty, to say the least). After dumping our wet parkas, we strolled up the walkway which runs alongside the Falls.

That’s when I pulled out my Panasonic GH2 and, much to the chagrin of my family, decided to shoot some video. I can still hear the sweet voice of my teenager (“Dad! Hurry up already – I’m hot! And tired! And hungry!”) and my wife (“I’m calling a divorce lawyer as soon as I get home if you don’t stop recording and get over here right now!”) as I stopped at a several ideal locations to get a few shots of the Falls. Not having a tripod, I carefully positioned my camera on the large rocks that line the walkway and got some pretty nice results. Oh, and I had to sit facing the corner when I got back to the hotel room but my daughter no longer hates me and my wife has decided to keep me around. Over all, I think it was worth it.

Niagara Falls from DanPerezFilms on Vimeo.

Dan, this is awesome. The rainbows, the up close shot(s) of the falls (gorgeous), the spray, everything. Made me feel I was right there. And now, I have to go visit! I’m thrilled peace is back in the Perez household! Well done.

Very cool! I just got back from Western NY, flew in and out of Buffalo. Didn’t make it to Niagara Falls. Kind of wish I did now. Loving all the photos from your trips.