“Angels with Shoes” makes US Premiere at Film Miami Fest 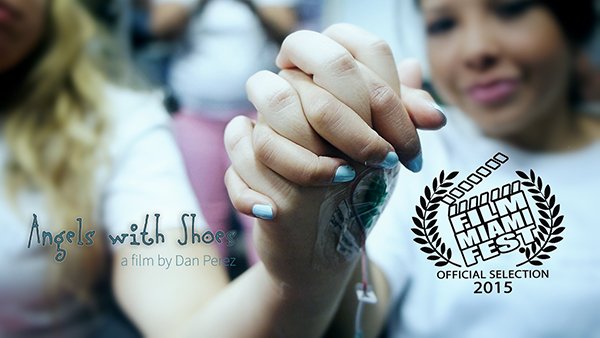 So after making its world premiere at the Rincón International Film Festival and taking home the “Best International Short” and “Audience Choice” awards, my short documentary film will make its US premiere at the inaugural Film Miami Fest this coming Thursday July 23 at the Little Haiti Cultural Center, 212 Northeast 59th Terrace in Miami.

The film, shot primarily in Miami and also Puerto Rico, tells the story of a living kidney donation between two cousins. With my own wife a two-time kidney transplant recipient, this film became somewhat of a passion project for me when I first met the ‘recipient’ on dialysis at Miami Children’s Hospital (now Nicklaus Children’s Hospital) back in June of 2012. The transplant took place at Jackson Memorial Hospital in Miami in November of 2012 and the film was completed in the fall of 2014.

Should you happen to find yourself available this Thursday at 3pm, please stop by the screening at Film Miami Fest and say “hello!”

A Conversation with Germaine Smith-Baugh, President/CEO of the Urban League of Broward County