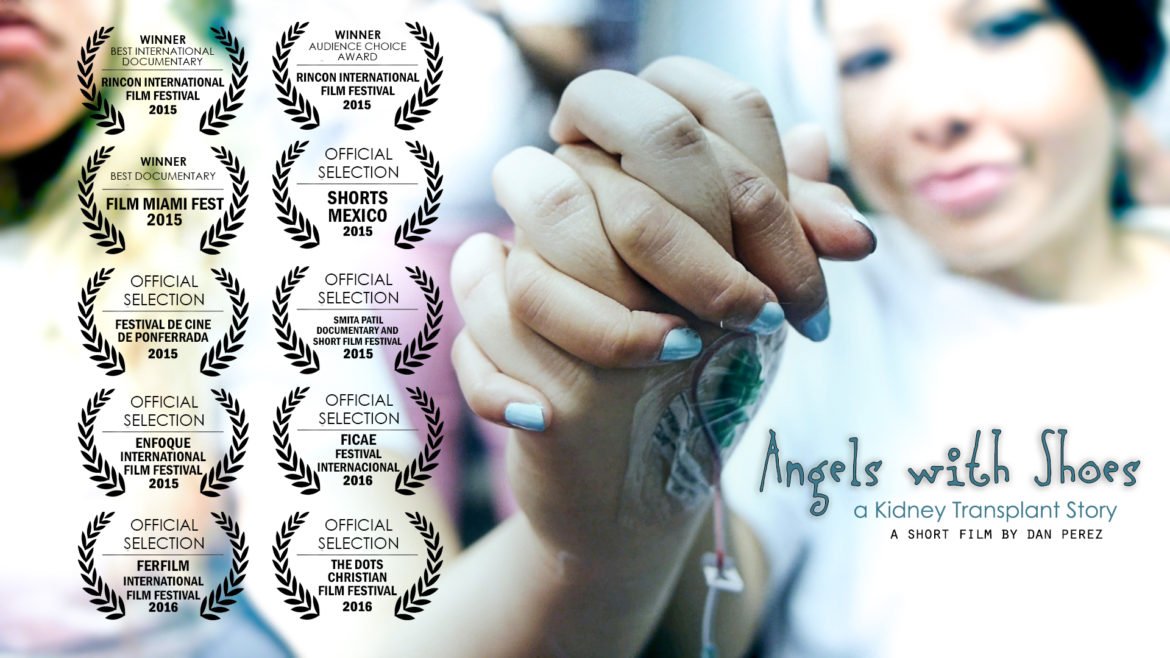 Please allow me to present to you a very personal film I wrote, produced, directed, shot and edited, “Angels with Shoes” (a kidney transplant story). The film, which has just completed a surprisingly successful film festival run, was a passion project I was inspired to make by my wife Madelyn.

I met Yaredly back in July of 2012 at Miami Children’s Hospital (now Nicklaus Children’s Hospital) while she was receiving dialysis treatment. She was the featured patient in a “Patient of the Month” series of videos I’ve been producing for Miami Children’s Health Foundation for the past several years. She had suffered kidney problems since she was 11 years old and now, 9 years later, was diagnosed with Membranous glomerulonephritis (MGN), a slowly progressive disease of the kidney. She was in need of a kidney transplant.

What struck me the most about Yaredly, who lived in beautiful Fajardo Puerto Rico at the time, was her infectious positive attitude. Having her kidneys give out and in need of a transplant didn’t seem to dampen her outlook on life; instead, it seemed to strengthen it. She immediately reminded me of someone else…my wife.

My wife has gone through two kidney transplants, the first when she was a teenager and her most recent one is still going strong after 8 years. For 9 of the first 10 years of our marriage, I saw her endure the hardships of three weekly dialysis treatments with a remarkable upbeat attitude that made me wonder how she did it. Cramping, difficulty sleeping (four hours of continuous sleep was a good night), daily limitations on fluid intake (only 32oz/day!) and a highly restricted diet – she dealt with it without ever feeling sorry for herself; nor ever allowing us to.

Yaredly seemed to have a similar spirit. 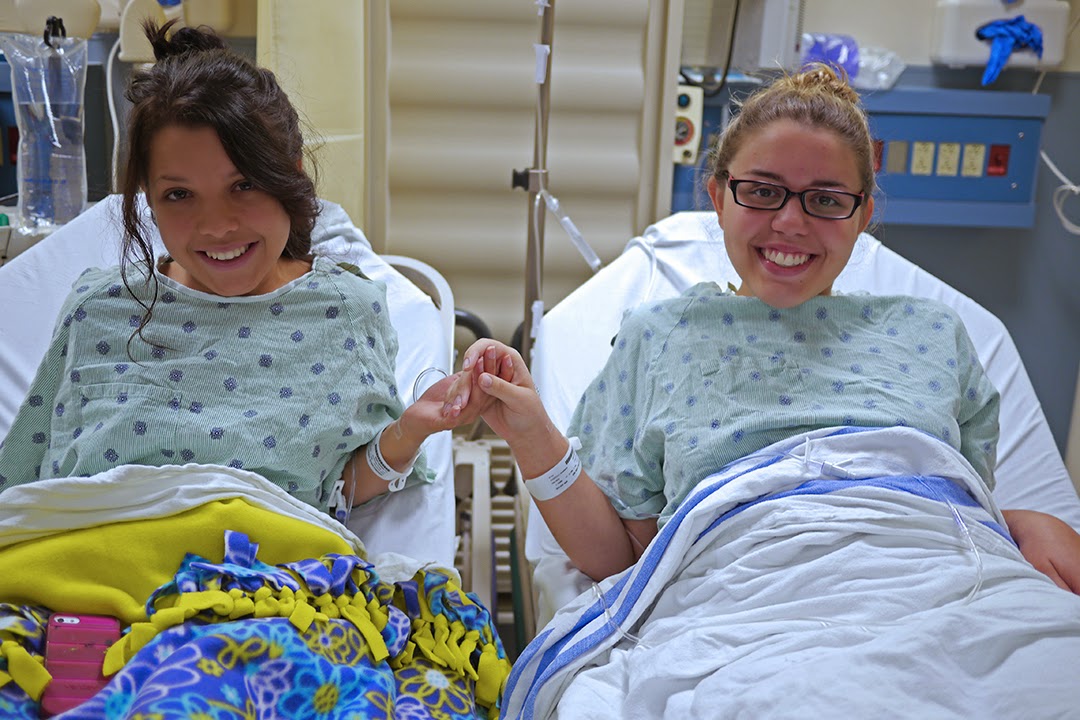 So when Yaredly told me that her cousin, who also lives in Puerto Rico, got tested as a possible kidney donor in Miami and was found to be a good match – a documentary film was born. There was no way I wasn’t doing this film and I had the full blessing of Yaredly’s and Kiara’s parents (who have now become our family).

The transplant took place at Jackson Memorial Hospital in Miami and this inspirational story of love, life and living kidney donation was the result of over a year of filming in Miami and Puerto Rico. The film had its world premiere at the 2015 Rincón International Film Festival in Puerto Rico where it took home both the “Best International Documentary” and “Audience Choice” awards.

The festival, named one of the ‘Top 25 Film Festivals Worth the Entry Fee’ by MovieMaker Magazine in 2013, was where my very first documentary film, The Motivator: The Business of Selling Hope was first selected and screened (it ended up winning the ‘Director’s Choice’ Award) back in 2008. It was a truly memorable return to a film festival that was already very dear to me. That the film made its world premiere in Puerto Rico (where these families are from) was the icing on the cake.

So after a film festival run which also included winning the “Best Documentary” award at the 2015 Film Miami Fest and screenings at film festivals in Mexico, India, Spain, Nairobi and Kosovo, I present you with “Angels with Shoes”.

Did you know that there are currently over 123,000 people waiting for lifesaving organ transplants in the U.S.?

That nearly 3,000 new patients are added to the kidney waiting list each month?

That 12 people die each day while waiting for a life-saving kidney transplant?

ARE YOU A REGISTERED ORGAN DONOR? It only takes a minute to register and could save up to 8(!) lives. Sign up at DonateLife.net, the 120,000+ people in need of an organ transplant will be happy you did.

Here’s the OFFICIAL TRAILER to the film. Our hope is that it not only helps educate people about the importance of being an organ donor and answer a few questions about living kidney donation, but helps remind people (as Yaredly puts it) that “love can cure everything.” Need more information? Visit the good folks over at the National Kidney Foundation and help them in fighting chronic kidney disease with groundbreaking research, critical advocacy, and effective prevention programs.

Angels with Shoes (a Kidney Transplant Story) from DanPerezFilms on Vimeo.

“Angels with Shoes” was shot with a combination of the nifty little Canon XF100 camera and my Panasonic GH2 (I’m using the GH4 now but still have two GH2s). Interview audio was captured to a Zoom H4n audio recorder using the excellent Sanken Omnidirectional Lavalier and for interview lighting I used a pair of highly efficient and economical LED lights I picked up on ebay based on a recommendation from a fellow filmmaker.

I shot it, edited it (Premiere Pro CC) and got some terrific music from French composer Julien Lussiez. That’s it. Bragging? Me? Never. Just letting any budding filmmakers out there know that it doesn’t take a big crew and a whole lot of expensive gear to get a quality documentary film made. Just a bit of passion and some filmmaking flair (you’ll know soon enough whether you have it or not).

National Gallery of Bosnia and Herzegovina, Sarajevo (In Pictures)

“The act of giving someone life overcomes any pain.”

Beautiful statement, and a beautifully made film, made. Thank you for this, and here’s to these two young ladies and a healthy life ahead.

Thank you, sir. This film was truly a passion project. Very proud of it 🙂