A few months ago, I wrote about my experience meeting J. “SinXero” Beltran, Founder & Creative Director of TAG Public Arts Project (The Art of Grafstract). I was in NYC for a few weeks this past summer visiting my family in the Bronx and was looking for something interesting to film in the borough where I was born and raised (being a filmmaker, I never leave home without my cameras).

Having already produced a few short street art videos on NYC based artists Dasic, Icy and Sot, and a short film called The Candle featuring artist Marthalicia Matarrita (the film premiered at the 2014 Indie Boots Films Festival), I was hoping to find another street art story to tell. That’s how I came across SinXero and his TAG Public Arts Project, whose mission is “Enhancing The Visual Landscape of Urban Communities with Art”. 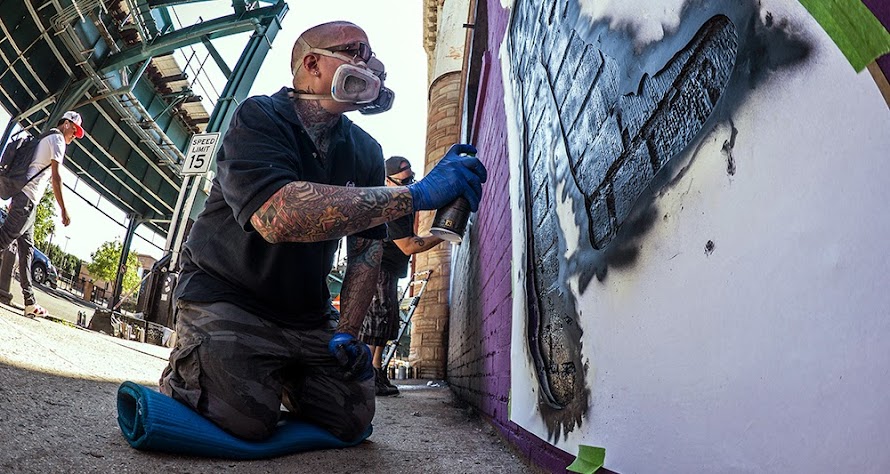 Now, unlike the other artists I had already featured, SinXero was also born and raised in the Bronx and guess what? He was collaborating on a mural in the Bronx with other Bronx-based artists that very weekend. Dumb luck.

Joining SinXero was James “Sexer” Rodriguez, Luis “Zimad” Lamboy and the street art duo of Chris Stain and Billy Mode who originally hail from Baltimore. I got even luckier when legendary NYC graffiti artist John “Crash” Matos decided to stop by and throw up his own piece on that very same mural that very same weekend. Crash, who was spray painting trains at the age of 13, curated the now iconic exhibition “Graffiti Art Success for America” at Fashion MODA in 1980, launching the graffiti movement that has remained very active through today.

[MY “PRODUCTION ASSISTANT” & I] 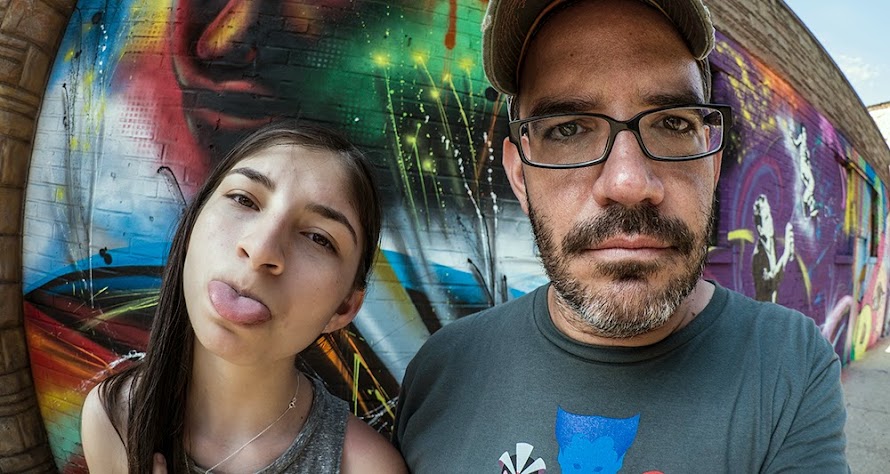 I spent the weekend, Saturday-Monday, taping the artists at work (with a little help from my “Production Assistant”, my teenage daughter Miranda). I also sat down with SinXero at his home in the Bronx for a one-on-one interview where he talked about growing up in the South Bronx, how he developed his unique Grafstract art style, the idea behind his successful TAG Public Arts Project and how his 8th grade teacher told him to forget about trying to become an artist.

I was also able to sit down with Sexer, Stain/Mode, Zimad and Crash who share their own unique experiences growing up graffiti artists (all of whom, with the exception of Chris Stain & Billy Mode) in the Bronx. They also discuss the progression of graffiti to street art and what it takes to make it as a successful artist. 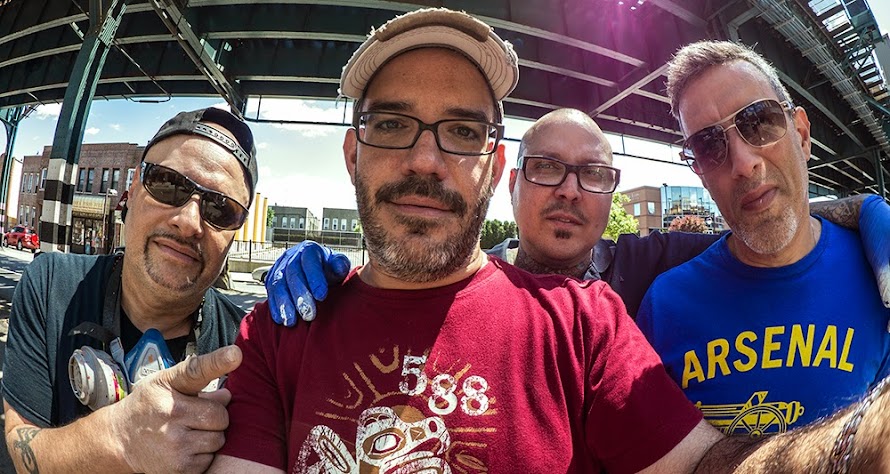 Shot primarily with my nifty little Canon XF100 (a small, travel-sized camera that’s absolutely terrific for outdoor shooting) and my two Panasonic GH2s (mostly on interviews). I edited the film with a little help from some great music I found on freemusicarchive.org – a wonderful source for high-quality, legal audio downloads.

So if you haven’t done so already, scroll back up and check out the trailer for the film, a short documentary. We’re in the process of submitting the film to different international film festivals (we’ll keep you posted on any official selection notices). Oh, and watch for the full film later this year…

Stanley Kubrick and the Mystery of Majestic Court