The film will screen on Monday, November 30, 2015, in the Documentary Short Film Series from 12-2pm at the Retama Room/Harvin Center at Del Mar College East Campus. The 12-2pm block of films also features documentaries from Germany, Hungary, Portugal, Serbia, Albania, USA and France.

Scroll down for more info… 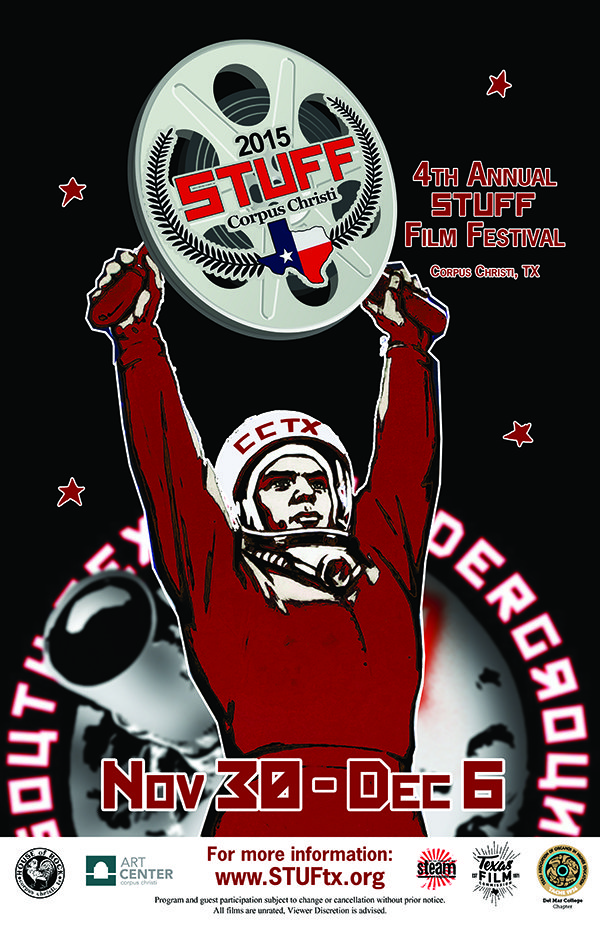 South Texas Underground Film Festival (#STUFF2015) is a FREE festival organized by South Texas Underground Film and the Art Center of Corpus Christi. South Texas Underground Film is an official Texas non-profit organization for filmmakers and those who enjoy the art of film. It’s run entirely by filmmakers (Directors, Producers, Screenwriters and Editors) and their goal is to teach the art of filmmaking to the community and to exhibit the work of filmmakers with underground and incredibly independent visions, especially those with the DIY spirit. The Art Center of Corpus Christi, located in the heart of Corpus Christi’s bay front district, is a 501(c)3 non-profit organization whose mission is “To nurture and promote regional artists and art as a service to our diverse community.”

You can view the STUFF full schedule HERE.

GRAFSTRACT: The Bronx Street Art Renaissance, a film I directed, shot and edited, was filmed in the Bronx, New York City, back in the summer of 2014 and tells the story of J. “SinXero” Beltran, Founder & Creative Director of TAG Public Arts Project (The Art of Grafstract). With the help of some of the world’s top street artists, SinXero’s mission for TAG has become “Enhancing The Visual Landscape of Urban Communities with Art”. The film recently won the Best Street Art Film award at the 2015 New Urbanism Film Festival in Los Angeles.

As a filmmaker who produces, directs, shoots and edits his own films (passion projects) with no funding and on his own time, I’m always happy when one of my films is selected to a film festival (Lord knows, I receive more than my fair share of rejections as well) but I’m really excited to have been selected to the South Texas Underground Film Festival – a festival that appears to really appreciate the independent DIY filmmaker. That it also has an appreciation for the arts (street art in particular) makes me even more pleased that my film will screen at this festival.

Now, if only it didn’t cost almost $700(!) for a round-trip flight from Miami to Corpus Christi (I mean, me AND Mrs. Perez flew to Mexico to attend the Shorts Mexico film festival for less than $600!), I’d most certainly be in attendance at the screening. Alas, I’ll be there in spirit and I’ll know that my modest little film will be very well taken care of…

A Conversation with Dominic Calabro, CEO of Florida TaxWatch (Video)