The Brooklyn Museum (In Pictures)

During a recent trip to New York City, I paid a visit to the Brooklyn Museum. I’ve been to NYC many times and had always wanted to make the trip (about an hour and 15 minute train ride from my mother’s apartment in the Bronx) but never did. Now, having been to the Metropolitan Museum of Art in NYC (you can check out my photographs HERE), I wasn’t expecting a whole lot from the Brooklyn Museum but I must say, I was impressed by the museum’s size and collection.

The museum first opened 1897 and was designed by by McKim, Mead and White, a prominent American architectural firm that also designed Manhattan’s former Pennsylvania Station and the main campus of Columbia University. The original plan for the museum was for it to be the largest art museum in the world but actualized plans reflect a compromise to the specifications of the New York City government. It is still a rather impressive structure and far larger than I expected.

That said, it ain’t “the Met” (what art museum is?) but this museum isn’t a two hour time-killer either. Having arrived at the museum at 3pm, we were literally kicked out at closing time (6pm) while rushing through the final exhibit of our visit, “Who Shot Sports: A Photographic History, 1843 to the Present” (I actually thought this would be the least impressive exhibit and it ended up being our favorite and well worth the $16 admission fee). And the fact that one whole exhibit (Philippe Parreno’s “My Room Is Another Fish Bowl”) was closed due to a wedding (Oy!) AND the fact that it was raining that day which kept us from visiting the outdoor garden, makes this museum one that requires several hours to fully appreciate.

Now, as many of you already know, I never travel without my camera and the museum allows for photography (no flash, of course), so I snapped a few photographs that clearly illustrate why any serious art-lover needs to put the Brooklyn Museum on their list of places to visit. Enjoy… 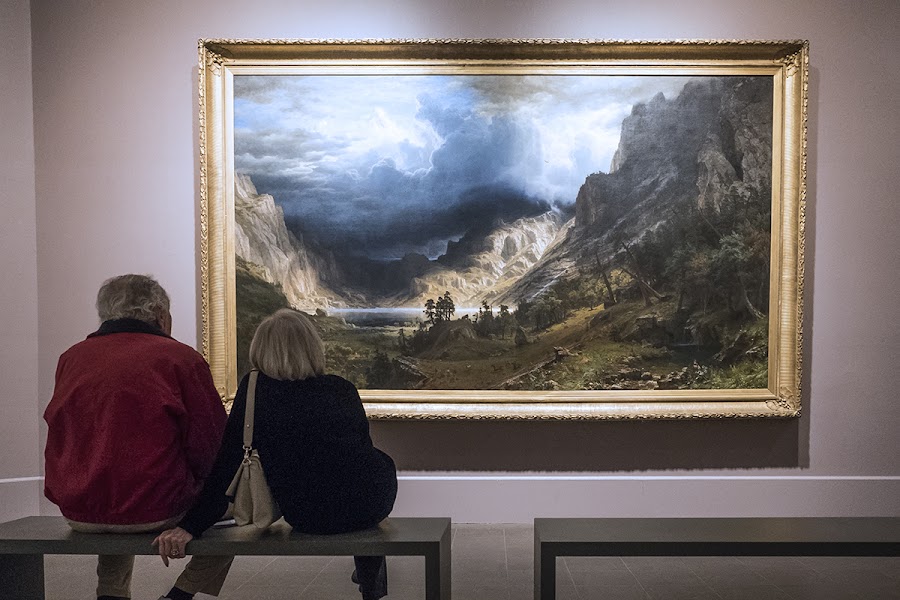 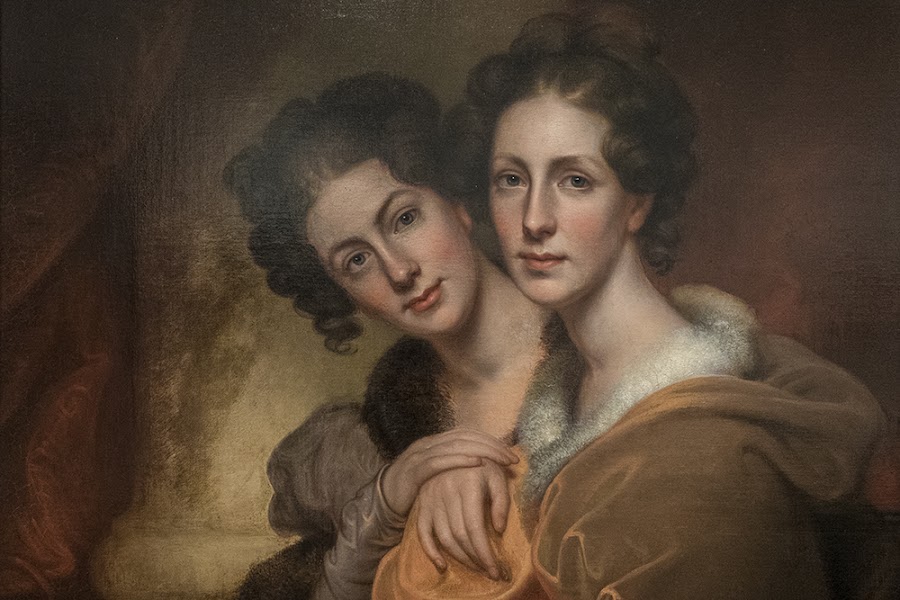 “The SIsters (Eleanor and Rosalba Peale)” (1826) by Rembrandt Peale, an American artist and prolific portrait painter

“Letitia Wilson Jordan” by Thomas Eakins, widely acknowledged to be one of the most important artists in American art history. During his life, however, Eakins sold less than thirty paintings and was rejected by the public and the art establishment of his day. It was only after his death in 1916 that a new generation of scholars and critics recognized Eakins as one of America’s greatest painters.

“The Outlier” (1908) by Frederic Remington, an American painter, illustrator, sculptor, and writer who specialized in depictions of the Old American West

The inscription on this medallion, “Am I not a man and a brother?” made it a potent early emblem of the anti-slavery movement in Britain. These medallions were mass-produced by the Wedgwood Company, a pottery, fine china and porcelain company founded by Josiah Wedgwood, a prominent abolitionist, in 1759 (the company is still in business today). They were worn as bracelets and as hair ornaments, and even inlaid with gold as ornaments for snuff boxes. From 1787 until his death in 1795, Wedgwood actively participated in the abolition of slavery cause, and his Slave Medallion, which brought public attention to abolition.

“In the Mountains” (1877) by merican landscape painter Winslow Homer

Croation artist “Ivan Mestrovic” (circa 1926) by American sculptor Malvina Hoffman, well known for her life-size bronze sculptures of people. After the death of her father in 1910, Hoffman, aged 23, moved to Europe with her mother and settled in Paris. Already a talented sculptor, her intention was to become a student of famed French sculptor Auguste Rodin and after three unsuccessful attempts, she eventually was accepted as a student by Rodin after sitting on his door step and refusing to leave.

“The Awakening” (circa 1926) by American sculptor and painter Maurice Sterne

“A Little Taste Outside of Love” (2007) by Mickalene Thomas, a contemporary African American artist best known for her complex paintings made of rhinestones, acrylic and enamel

“Intamacy – Autonomy” (1974) by Joan Semmel, an American feminist painter, professor, and writer. She is best known for painting large scale, realistic nudes of her own body as seen from her perspective looking down. Semmel, who has lived in her SoHo loft in NYC for the past 30 years, is now 84 years old and still paints self portraits. “There’s always been so much shame attached to the body” said Semmel in a recent interview in hyperallergic.com. “You should be ashamed that you’re old, instead of being proud to have lived? It’s also about the acceptance of mortality. It’s about being a body that changes, that ages, that loves, that hates, that does all of these things.”

“Female Model on Platform Rocker” (1977) by Philip Pearlstein, an influential American painter best known for Modernist Realism nudes. Pearlstein, who shared an apartment in New York City with an (as yet) unknown artist named Andy Warhol in the late 40s, has been cited by critics as the preeminent figure painter of the 1960s to 2000s.

Mask of a Man from a Coffin (late 2nd century C.E.)

Cartonnage of Nespanetjerenpare (ca. 945-718 B.C.), using a technique similar to papier-mâché, scraps of linen or papyrus were stuck together with plaster or resin and used to make mummy cases and masks.

My daughter appreciating the iconic image of Muhammad Ali after his first round knockout of Sonny Liston by American photographer Neil Leifer in the museum’s “Who Shot Sports: A Photographic History, 1843 to the Present” exhibit. We saved this one for last thinking it would be the least interesting of the exhibits (I mean, it’s just sports photography, right?). We couldn’t have been more wrong. Sure, there were the usual photographs any sports lover would have already seen (like the Ali photo above) but they had several remarkable sports photographs going back more than 100 years. They literally had to kick us out of there at closing time – wish we would have gotten there earlier…

Who Shot Sports: A Photographic History, 1843 to the Present

So, go and check out the Brooklyn Museum and get there early or risk getting the lights turned off on you and wishing you had got there earlier (speaking from experience here!).

Beautiful Bosnia and Herzegovina (In Pictures)