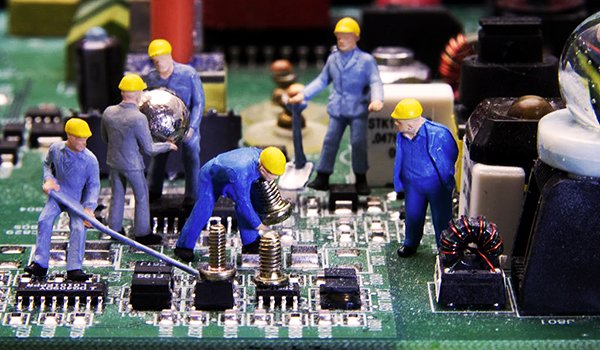 Back in 2011, I made the switch from DV video (using my 2 beloved Panasonic DVX100B cameras) to HD (Panasonic GH2 x 2 and a subsequent purchase of the nifty little Canon XF100). I realized then that I also needed to switch from my older DV editing computer to a faster computer capable of editing HD video.

With our business still growing, I invested in about the minimum requirements for editing HD with my Adobe Premiere Pro video editing software: AMD Phenom II X4 945 Deneb Quad-Core 3.0GHz, GeForce GTX 260 896MB video card, 4GB of RAM (don’t laugh) on a respectable MSI 790FX-GD70 motherboard. It got the job done for me for a few years now but media cache reading was sluggish and when I added effects (Magic Bullet Looks) or had to use Time Warp in After Effects, waiting for my video to render was akin to watching paint dry. 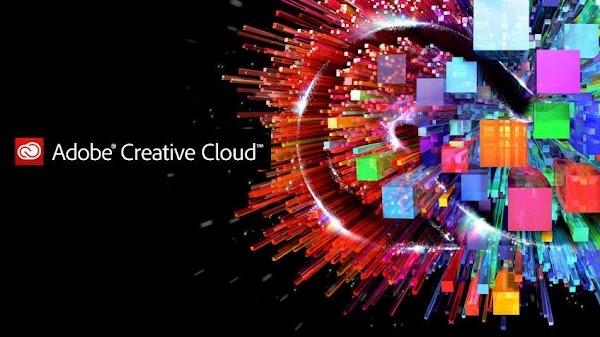 Then a little over year ago, I switched to Adobe’s Creative Cloud which gives you access to all Adobe’s desktop and mobile apps (Photoshop, Illustrator, Premiere Pro, After Effects, etc) for a low monthly subscription. With the latest version of Premiere Pro (been using the software since I started my business in 2006) and its host of new features, I finally realized I wasn’t as efficient as I wanted to be and with our workload increasing, I needed something to help me get through my edits faster while allowing me to be even more creative. It was time for a new computer.

There are two ways to go about buying a new video editing computer – you can get one pre-built from HP, Dell, or turnkey system dealers. Another way is to order the individual parts and have them assembled for you which ultimately provides the best bang for your buck. Having already done that with my present PC, I decided to take that route again.

But how do you decide what parts to buy? What GPU? CPU? Motherboard? Lions, tigers and bears, oh, my!

It took several hours of online research on tech forums, reading a bunch of product reviews and several late night cups of coffee. In the end, I came up with what I believe is quite a monster of a video editing computer. So allow me to share how I came across the parts I purchased and why – I mean, being that I already put in the time, I figured my findings might be useful to someone looking for a new high performance video editing PC. It’s just the kind of guy I am.

So I started looking for different video editing computer build specs on the Adobe forums and came across this article which outlined three different computer builds from Minimum and Medium to Maximum performance (updated July 2014).

I looked at the Maximum performance specs and started with the recommended CPU (the all important hardware device in a computer that executes all of the instructions from the software), the impressive Intel i7 4930k 6-Core 3.4GHz processor which runs for $579 on newegg.com (and there’s really no reason to purchase your computer equipment from any place else). 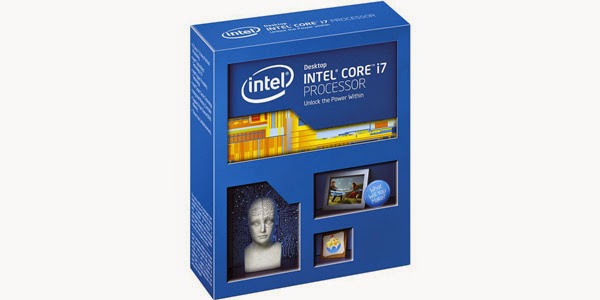 In my research, I also came across an article announcing the arrival of Intel’s new Haswell chips, a new family of 4th generation high-performance processors. There was the high-end Intel Core i7-5960X Haswell-E 8-Core 3.0GHz retailing at $1049 and well out of my price range, the Intel Core i7-5930K Haswell-E 6-Core 3.5GHz retailing at $589 (closer to the price of the i7-490k) and the Intel Core i7-5820K Haswell-E 6-Core 3.3GHz which retails at a reasonable $389 – but how did it compare to it’s more expensive peers?

I read a review/comparison of these new processors on popular tech site Tom’s Hardware which concluded: “You get six cores, 15 MB of shared L3 cache, a bit of insulation against the future, four channels of DDR4, and ample PCIe. This time around, I’m going with the Core i7-5820K as my smart choice.”

In their review and tests of all three processors, the AnandTech website came to this conclusion: “The most promising member of the three CPUs launched today is the i7-5820K, as now the lowest end CPU for the extreme Intel platform has more cores than the highest member of the mainstream platform, the i7-4790K.”

The Guru of 3D stated: “The winner of the three Haswell-E processors being announced today will be the Core i7 5820K.”

And on the Hardware.info website: “With Haswell-E, Intel brings a long awaited refresh to the high-end platform. The fact that you can now purchase an 8-core CPU for desktop might appear to be the biggest news item, but it is the cheaper Core i7 5820K that we find to be the most interesting. For the first time, even the entry level model of the high-end segment is a 6-core chip, which results in this 5820K being some 50% faster than it’s predecessor…”

But what’s this about DDR4 memory? Well, these new Haswell processors use DDR4 memory (compared to the standard DDR3 memory running on most computers) which was (surprise!) also new to the market. My timing seems right but what’s the big deal about DDR4?

DDR4 introduces memory speed and bandwidth improvements as well as lower power requirements compared to DDR3 memory (introduced back in 2007). I wanted 32GB of memory and with DDR4 new to the market, I found out that it costs more than DDR3 (no surprise). 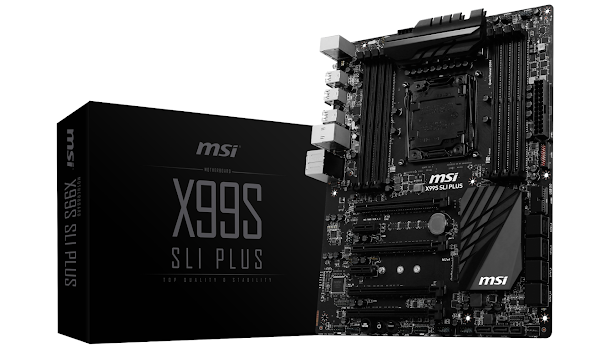 Now, with DDR4 memory, you need the right motherboard (the primary component that links your CPU, your memory, and hardware), so it was time to do some more research. I came across a highly informative post on bit-tech.net which compared next generation X99 motherboards (which are compatible with the DDR4 Haswell processors) from industry leaders Asus, EVGA, Gigabyte and MSI. In their conclusion, the Asus X99 Deluxe slightly edged out the MSI X99S SLI Plus motherboard. The Asus, however, retailed for about $150 more than the MSI. This glowing review of the MSI X99S on HiTech Legion helped make up my mind (and save me a few bucks) on the MSI.

As for the other parts of my computer, I stuck pretty much with the specs outlined in the Adobe forum post I mentioned earlier:

For my operating system (C Drive), I purchased a 120GB Samsung 840 EVO SSD (Solid State Drive). Solid State drives are more reliable and faster than standard hard drives; you can read all about the differences in this article from PC Mag.

I purchased an additional 120GB Samsung 840 EVO SSD for my Adobe Premiere Pro project files and a 256GB Samsung 850 Pro SSD for my media cache/preview files (where a faster drive is most beneficial). Here’s an excellent post I came across on disk setup.

Add a keyboard and a mouse, Windows 7 with Service Pack 1 (64 bit), a monitor (or two, which I already had) and you’re all set with a machine that will slice through HD video like a hot knife through butter.

In all, the parts set me back about $2,400 which, if you shop around at what that sort of money would get you from a pre-built computer, you’ll see that I got some pretty serious bang for the buck.

OK, so I got the parts, now I gotta get it put together. Based upon a referral from a local filmmaker, I took the whole bundle to Logica in nearby Margate, Florida. I brought it in around 4:30pm and Renan, the Senior Tech, got my new baby put together by 3pm the next day. He recommended Malwarebytes Anti-Malware Premium and CCleaner, a free Registry and junk-clearing utility for keeping your system clean and optimized. 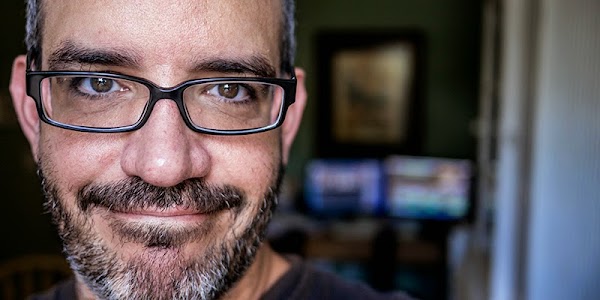 I’ve had my new computer for about a week now and I couldn’t be more pleased. I can drop in my fave Magic Bullet Looks effect and play the video clean without even having to render. Slow motion renders in After Effects take seconds instead of minutes and I can finally start using Adobe’s SpeedGrade, an excellent toolset for color grading (it used to freeze up my old computer).

I also believe that the reason I’ve become a tad bit more disagreeable and cantankerous over the past few years isn’t that I’m getting older, that my testosterone levels are decreasing or that I get up about twice a night to go pee. It was that dang computer! Slow render times, freezes, limited use of effects. And being the object of scorn and mockery as a New York Knicks fan living in South Florida – that, too. But I believe that Mrs. Perez and my teenager are going to see the last of that “cranky old man” as they like to call me. Oh, and that Lebron is no longer in Miami can’t hurt either.

Hi. I am just curious how you are liking your new machine and if you would do anything different. I am looking into building my own.

Can we use quardo card k2200m instead of GeForce on this build?