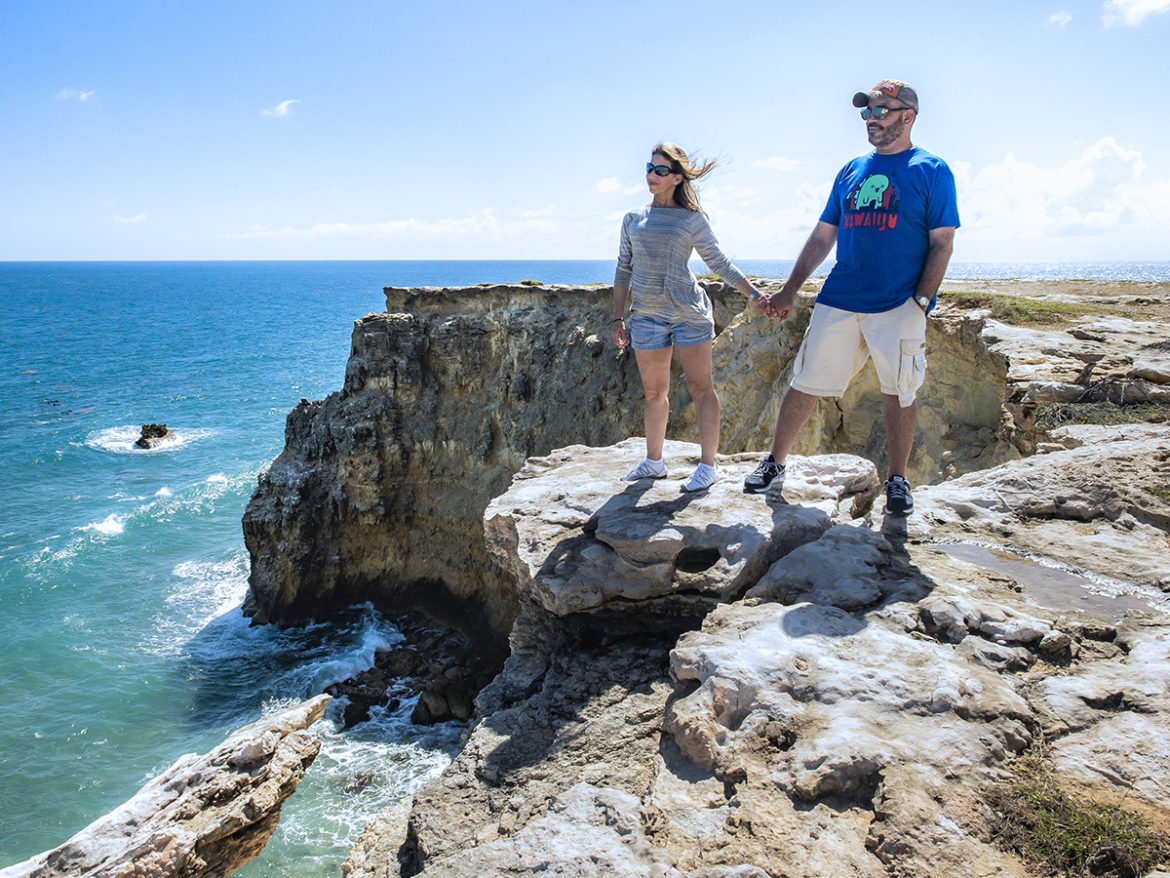 Located on top of majestic 200-foot limestone cliffs overlooking the Caribbean Sea, the Cabo Rojo Lighthouse (Faro Los Morrillos de Cabo Rojo) is located on the southwestern tip of Puerto Rico. The lighthouse was built in 1882 by the Spanish government in order to guide passing ships through the southeast entrance from the Caribbean Sea through the treacherous Mona Passage into the Atlantic Ocean.

It is said that Cabo Rojo obtained its name by the considerable amount of minerals in its coasts that made the waters look reddish. Cabo means headland and rojo means the color red. As for the lighthouse, it was renovated to the tune of three million dollars and re-opened to the public in 2007 after being abandoned for several years (we didn’t have time to go inside). The old cast-iron, copper and glass lantern still houses the original illuminating apparatus, a lenticular lens manufactured by the French firm Sautter, Lemonnier and Company.

My family and I had a few afternoon hours to kill on our recent trip to Puerto Rico (a short documentary film I directed was playing at the Rincón International Film Festival – details HERE) so we drove down to Cabo Rojo from Rincón to take in the absolutely breathtaking views. I brought along my Panasonic GH2 and Olympus M Zuiko 12-40mm f/2.8 lens – enjoy the video.