Can I Get a Witness? The Case for Gary Oldman (Part II) 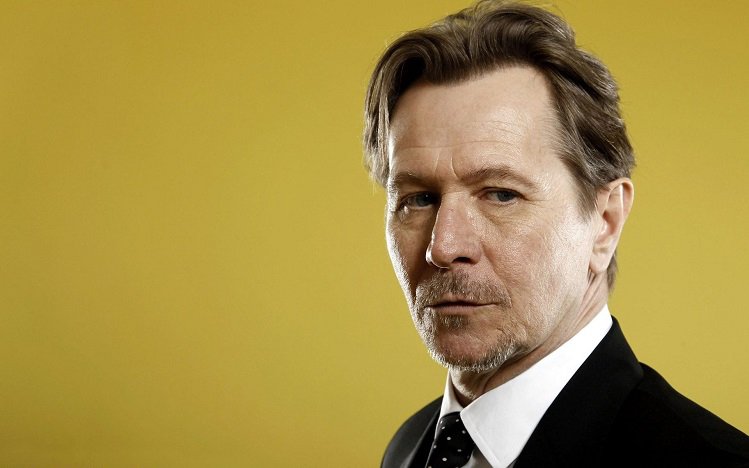 This is Part II [Part I HERE] of a two-part series examining the enigmatic career and embattled personal life of one of the greatest actors of all time, Gary Oldman.

After finally seeking treatment for his alcoholism, Oldman encountered model and photographer Donya Fiorentino, ex-wife of director David Fincher, at a Beverly Hills AA meeting in October of 1996. The following year they would be married in what would eventually become a bitter divorce and ensuing custody battle for their two children, Gulliver and Charlie, in 2001.

While in rehab, Oldman began writing a screenplay based on a series of his own childhood memories; a semi-autobiographical tale of a family burdened by addiction, abuse, and poverty. The film was called “Nil By Mouth”. It was Oldman’s directorial debut and was filmed just minutes away from the downtrodden South London neighborhood where he grew up. 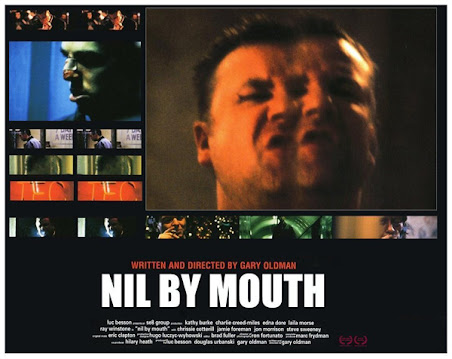 The uncompromising “Nil By Mouth” submerges its audience into a domestic hell of violence, drugs and alcohol. The film stars a frightening Ray Winstone as Raymond, the abusive alcoholic husband of Valerie (Kathy Burke in a heartbreaking performance). “This story was swimming around my head,” recalls Oldman. “But I had to get clean to do it. I had to be in the solution, I couldn’t be in the problem.” Oldman decided not to act in the film but stated, “There is a lot of me in there. I grew up in that neighborhood. All the locations are the actual locations I remember.”

The brutal and unsettling film, which Oldman dedicated to his father, was produced by director Luc Besson (who directed Oldman in “The Professional”) and Oldman, who put up almost two million dollars of his own money to complete the film. “I’m willing to take a loss because I did what I wanted to do. I made what I wanted it to be” said Oldman in a 1997 interview for Empire magazine. “You come out and you care about people as opposed to cinema where you’ve seen a body count of about a thousand who you don’t give a fuck about. I want to be moved and involved. I’m not particularly interested in entertainment.”

The film premiered at the 1997 Cannes Film Festival (Kathy Burke won Best Actress award at the festival) and won Oldman a BAFTA award for Best Original Screenplay. Oldman then went on to star as the sinister Jean-Baptiste Emanuel Zorg in Luc Besson’s big budget sci-fi film “The Fifth Element”. Oldman plays the flamboyant, half-bald Zorg with a villainous glee (even giving him a Southern accent that he claimed he based on former presidential candidate Ross Perot). Oldman once again illustrated his unique ability to push the limits of his characters while still procuring a sliver of humanity; of believability.

Oldman was again cast as the villain (familiar territory for him at this point) alongside Harrison Ford in Wolfgang Peterson’s blockbuster hit “Air Force One”. After brilliantly hamming it up in “The Fifth Element”, Oldman turned in a menacing performance as a Russian dissident named Ivan Korshunov. Peter Travers of Rolling Stone magazine: “Oldman’s deft underplaying adds unexpected humanity to a role that could have slipped into caricature.”

Stephen Hunter of The Washington Post on Oldman’s performance: “This actor is never so good as when he is very, very bad, and ‘Air Force One’ provides him with a platform to do a variation on a combination of Boris Godunov and Boris Badenov simultaneously. Throw in some Rasputin and some Alexander Nevsky and even some Ivan Skavinsky Skavar and you’ve got the whole nine yards.”

For his next role, Oldman was again cast as the villain in the dim-witted “Lost In Space” where he played Dr Zachary Smith. Despite a solid performance by Oldman, the poorly directed film was killed by critics and was a box-office failure. “I’m not always in the movies I would want to go and see”, said Oldman.

After being paid a cool million to star as Pontius Pilate in the TV movie “Jesus”, Oldman was cast as Machiavellian congressman Shelly Runyon in the political thriller “The Contender” [2000]. The cast included Jeff Bridges, Joan Allen and William Peterson “But the actor in charge of this movie is Oldman” proclaimed Desson Howe of the Washington Post. “As Runyon, he’s virtually unrecognizable, and utterly appealing. I can’t tell you how much pleasure I had watching him.” 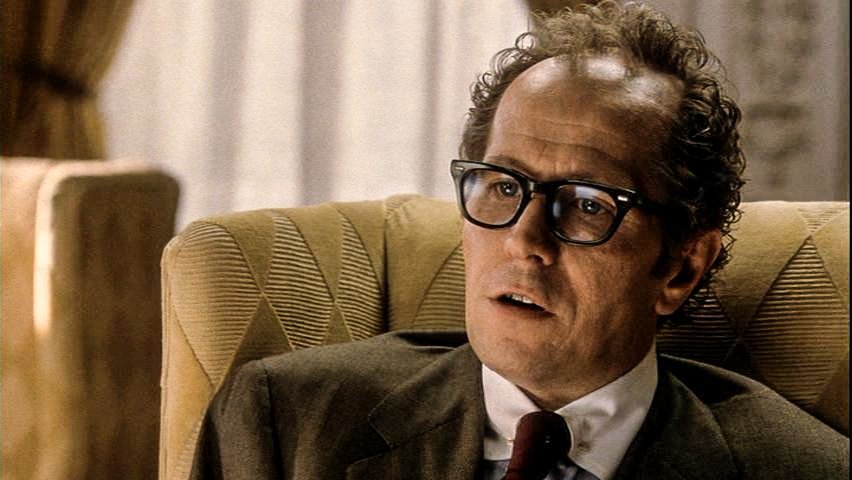 Peter Travers of Rolling Stone: “Oldman, also the film’s executive producer, rips the most. Handed the caricatured role of a villain, he digs deep to show the human side of a man who has let revenge compromise his values.”

“Mr. Oldman cloaks the character in an aura of deep sadness,” said Stephen Holden of The New York Times. “The cost of his pain and the rotting moral fiber that goes with it is visible in his every shot.” Sam Elliot, who also starred in the film, said of Oldman, “He comes in and he’s totally consumed by the character – either that or he totally consumes the character.”

Oldman, who served as Executive Producer on the film, clashed with the film’s director, Rod Lurie, over the depiction of Oldman’s character in the film’s final cut. “Everytime Runyon appears, there’s this dark, sinister music playing”, stated Oldman in an interview with Venice magazine. “I believed it would contaminate the audience. The movie we discussed allowed the viewer to make up its mind.”

Oldman and his manager, Douglas Urbanski (who co-produced the film) claimed the film was changed from a more balanced script to reflect the liberal politics of the studio heads (Steven Spielberg, Jeffrey Katzenberg and David Geffen) at Dreamworks Studios (who released the film). Come Oscar time, the Best Supporting Actor nomination went instead to Oldman’s co-star Jeff Bridges. 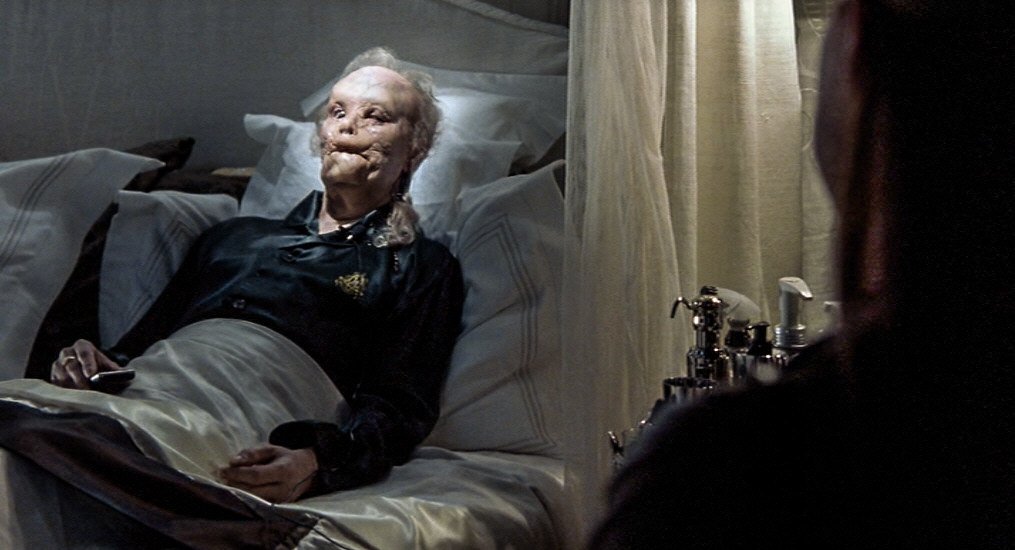 Oldman then took on an uncredited role as the disfigured Mason Verger in Ridley Scott’s disappointing (save for a brilliantly hammy performance by Anthony Hopkins) “Hannibal”. Oldman, who plays Verger with, as Roger Ebert would describe in his film review, “repellent ooze”, allegedly demanded that his name not be listed after not being given star billing alongside co-stars Anthony Hopkins and Julianne Moore. Oldman, who is unrecognizable in the film, stated: “We thought it would be great. The man with no face and no name, and sort of do it anonymously. It’s no secret that I’m in the film. We just had fun with it, really.”

Burned out from playing the role of the villain, Oldman sought relief on the successful TV show “Friends”. Oldman spoofed his own image and reputation as Richard Crosby, an alcoholic actor. His performance earned him an Emmy Award nomination. This led to a string of off-beat roles for the actor in low-budget films. The obscure “Nobody’s Baby” with Skeet Ulrich and the well received (but straight to video) “Interstate 60” where Oldman plays the immortal offspring of a leprechaun and Cheyenne Indian(!).

Oldman went on to star as a dwarf(!) to brother Matthew McConaughey in “Tiptoes” [2003]. Despite what film critic Lisa Nesselson of Variety called an “astonishingly fine performance” by Oldman, the film was poorly received. He followed that up with the bleak crime thriller “Sin” [2003] which never made it to theaters. In between these atypical roles, Oldman was cast as the devil (in drag!) in director Tony Scott’s wildly entertaining short film for BMW “Beat the Devil”. “I love working with extreme people” says Scott, “and Gary’s extreme.” 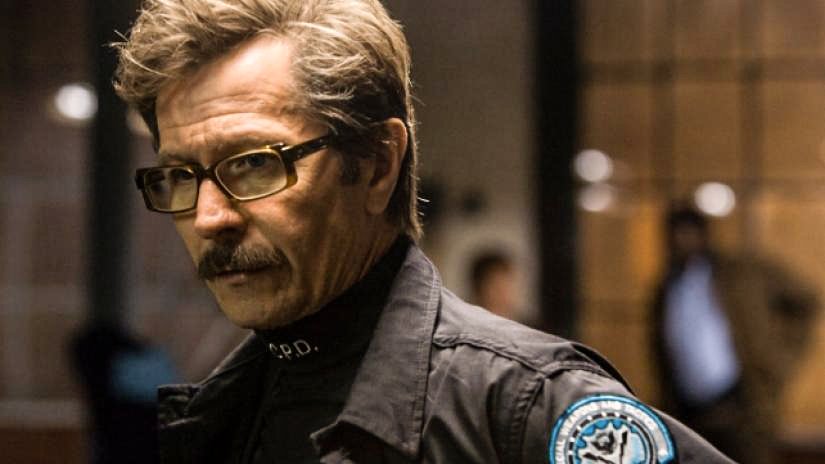 During this time, Oldman was also going through his highly-publicized divorce and painful custody battle (which he would win) with ex-wife Donya Fiorentino. Oldman claimed to be almost three million dollars in debt. Moreover, he was hit with a tax bill in 2004 for almost $300,000. But his further unraveling personal life was ultimately the “darkness before the dawn” of a new era in Oldman’s career and personal life.

Oldman would be cast as Sirius Black in the third installment of the Harry Potter film franchise “The Prisoner Of Azkaban”. “Gary has a youthful exuberance which is just beautiful. And you feel that he has lived. It’s etched all over his face, and etched all over his performance” said David Heyman, producer of the Harry Potter films when asked about Oldman. “He brings a real depth and humanity to Sirius Black, who is a complex character. He is in many ways the father Harry never had.”

Oldman continued to play Sirius Black in subsequent films, “Harry Potter and the Goblet of Fire” and “Harry Potter and the Order of the Phoenix“. He was then cast as Jim Gordon in Christopher Nolan’s “Batman Begins” and again in “The Dark Knight”. Oldman, finally given the chance to do what many people may have thought he couldn’t do – NOT play the psychotic villain, shined. As the embattled Jim Gordon, Oldman delivers one of his finest performances in “The Dark Knight”. “Gary Oldman is so skilled that he makes virtue exciting as Jim Gordon” raved Peter Travers of Rolling Stone. Oldman plays Gordon as a man who’s barely holding it together as his beloved city is besieged by crime. “The closest character to me,” says Oldman, “is Jim Gordon.” 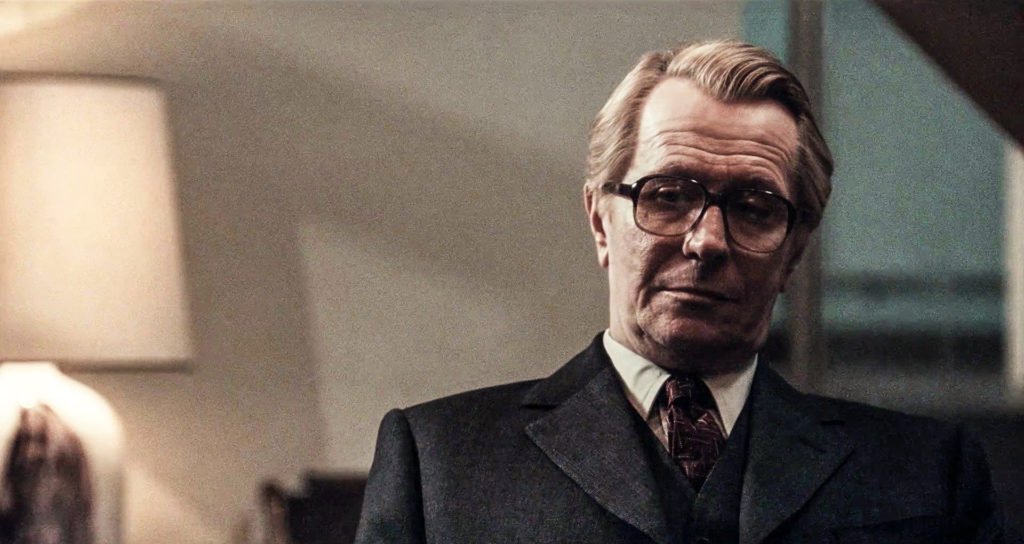 Now playing the poker-faced George Smiley in “Tinker Tailor Soldier Spy” with, as Manohla Dargis of the New York Times puts it, “delicacy and understated power” (did she really just use the words “delicacy” and “understated” to describe a Gary Oldman performance?), the reviews for Oldman have been consistent:

Peter Travers of Rollling Stone: “Oldman gives a performance that is flawless in every detail.”

Steven Rea Philadelphia Inquirer: “For those of us who have grown accustomed to Oldman as a larger-than-life villain and all-round chewer of scenery, the pleasures to be had from this performance are many. The actor’s Smiley is quiet, watchful, bureaucratic – as if he were hiding in plain sight, going unnoticed in the complicated whorl of international espionage all around him. Except that it is impossible not to notice him, because Oldman is doing the best work of his career.”

Joe Morgenstern of the Wall Street Journal: This version of “Tinker Tailor Soldier Spy” turns on the presence of Mr. Oldman, and he is an actor of great experience and accomplishment who has finally found a film that fully deserves him.”

Perhaps, the Academy will have finally found a performance of Oldman’s they deem worthy of his first Oscar nomination. And for an actor who as a seven year old boy was abandoned by his father in a tough South London neighborhood; who as a teenager dropped out of High School to pursue his dream of being an actor; who as a young man was told to “think about doing something else for a living” by one of the most renowned drama schools in the world; who as a troubled man confronted his own demons (Oldman claims to have not had a drink since 1995) and who appears to have finally found peace in his life (Oldman has been married to singer Alexandra Edenborough since 2008)…

For Gary Oldman, that shouldn’t be too much to ask.

NOTE: On Tuesday, January 24, 2012, The Academy of Motion Picture Arts and Sciences nominated Gary Oldman for Best Actor for his role in “Tinker Tailor Soldier Spy”.

Can I get a “Hallelujah”?

NOTE [2] I have not yet seen “Tinker Tailor Soldier Spy” as I’ve learned to eschew the movie theater “experience” here in South Florida and their stained, torn, and/or slightly unfocused screens (with the exception of the IMAX theaters) and usually wait to rent/buy on blu-ray.


TRAILER for “Nil By Mouth”


Interview with Gary Oldman about the making of “Nil By Mouth”

Can I Get A Witness? The Case for Gary Oldman

Enjoyed your posts on Gary Oldman. Wish him the best at this year’s Academy Awards. Also enjoyed his recent appearances on Conan O’Brian show in the States. He is very down to earth and funny.