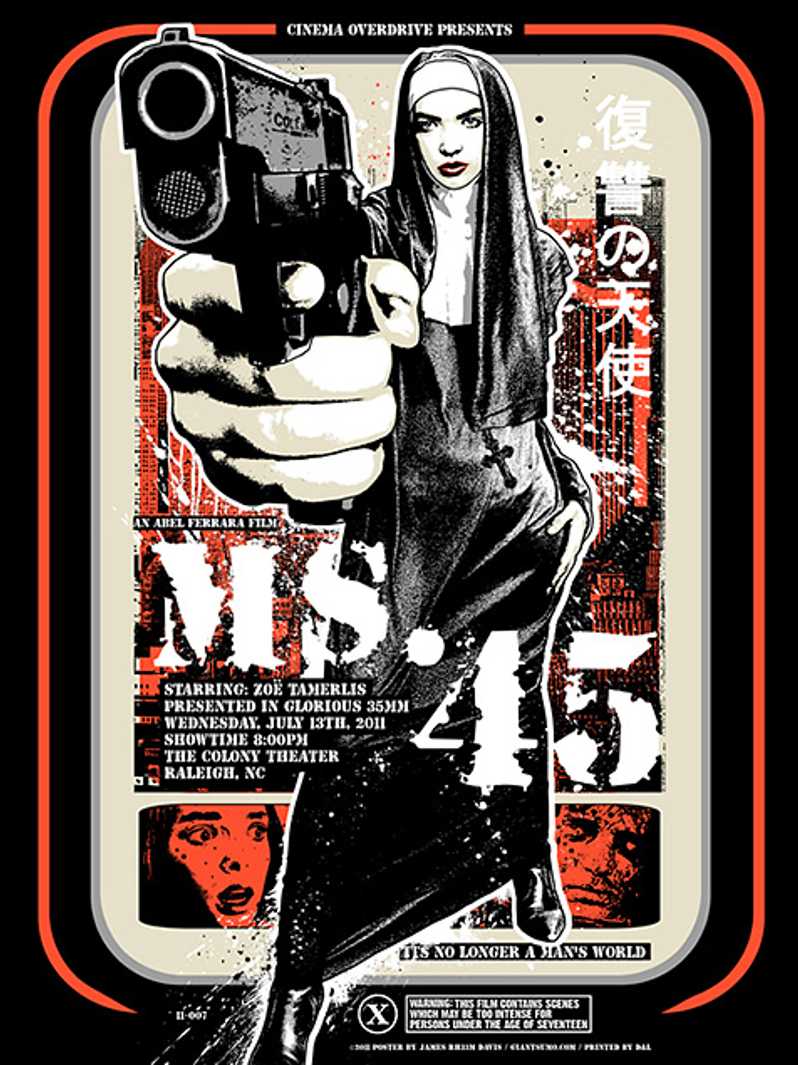 Illustrator James Rheem Davis gives the REDUX treatment to Bronx-born director Abel Ferrara‘s rape revenge movie, “Ms. 45” The film, a chilling female version of “Death Wish” (starring tragic actress Zoë Tamerlis Lund), was trashed by critics upon its release in 1981 but has built a cult following over the years.

Ferrara shot the low budget exploitation tale in New York City with many of the scenes shot without any staging or permits. Tamerlis, who also had a role in Ferrara’s 1992 film “Bad Lieutenant” (she also co-wrote the screenplay), was only 17 when the film was made. She went on to write at length about heroin and advocated it for legal recreational use in the USA. She died in Paris at only 37 years old, however, from her heroine and cocaine abuse.

If movies featuring rape and murder (by a stunningly beautiful mute woman wearing a nun’s outfit) doesn’t bother you, this movie still packs a gut punch. The uncut DVD, Blu-ray, digital copy is now available in the US, released by Drafthouse Films.

The ONLY Social Media Book You’ll Ever Need. Really.