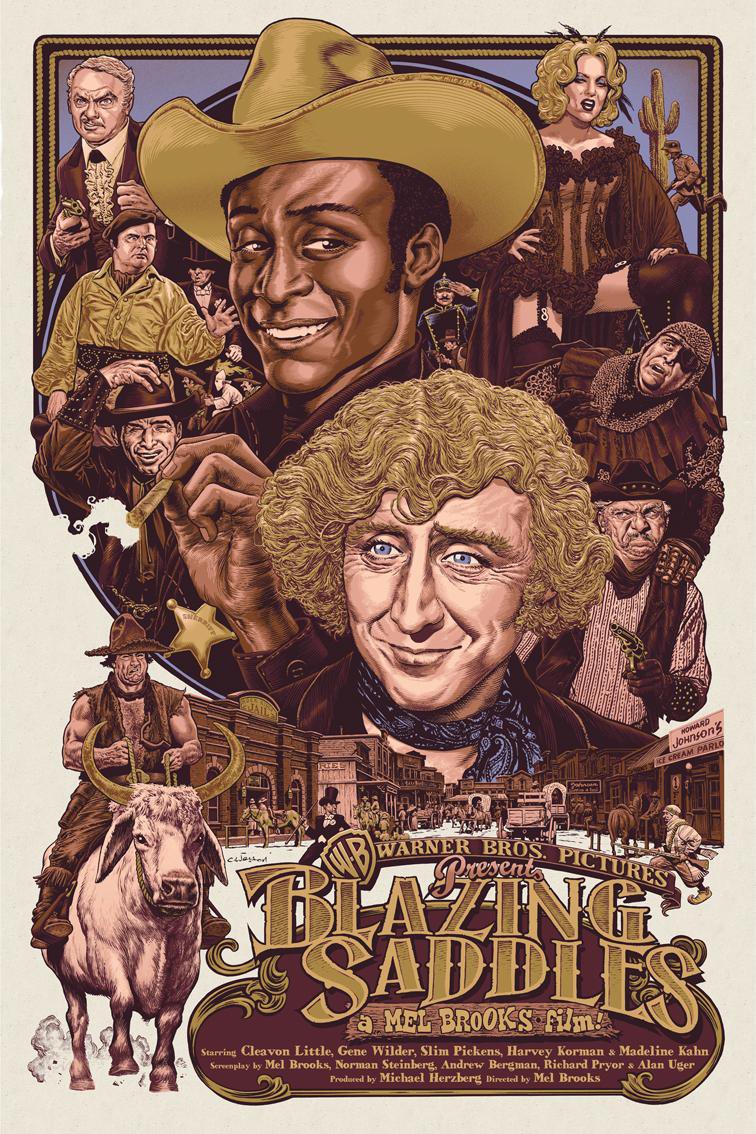 This week’s poster is a redux of Mel Brooks’ satirical western comedy “Blazing Saddles“. The poster was designed by digital artist Brandon Schaefer. Director Brooks originally wanted Richard Pryor to play the sheriff (played by Cleavon Little), but Warner Bros executives expressed concern over Pryor’s heavy drug use and reliability. Pryor was eventually kept on as a writer. Moreover, Gene Wilder was NOT the first choice to play the Waco Kid. He was brought in to replace a sick Gig Young (!) after the first day of filming. Could you imagine anybody other than Wilder in that role?