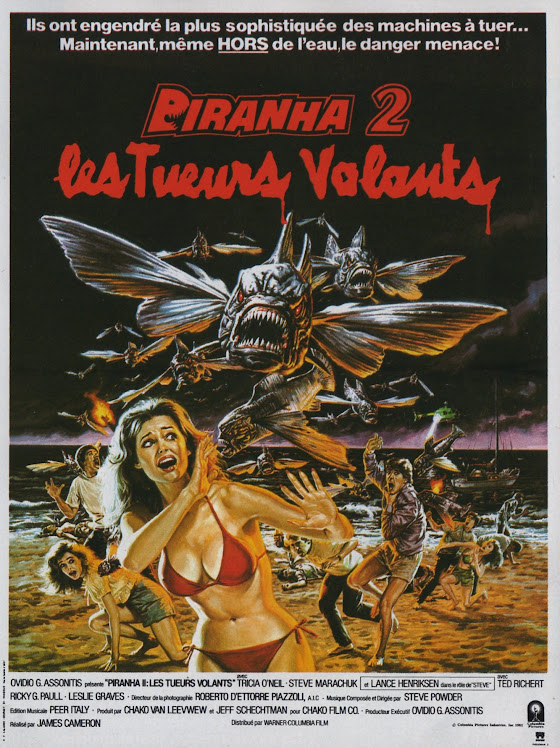 Although he may refer to 1984’s sci-fi thriller “The Terminator” as his first feature-length film, James Cameron (who was originally hired as the special effects director for the film) took over the directing duties on 1981’s “Piranha II: The Spawning” (also known as “Piranha II: Flying Killers“) when the film’s original director was removed by executive producer Ovidio G. Assonitis. Cameron, who also re-wrote the screenplay under the pseudonym H. A. Milton, clashed over creative decisions with Assonitis and was eventually disallowed from seeing the shot footage and banned from the editing room.

The film, a sequel to Joe Dante’s successful low-budget 1978 film “Piranha“, is considered one of the worst films ever made.

You can read a humorous observation of the film over at www.badmovies.org

See you next week…

The 10 Greatest Classic Thrash Metal Albums of All Time

On Fatherhood and Being Selfish: An Observation