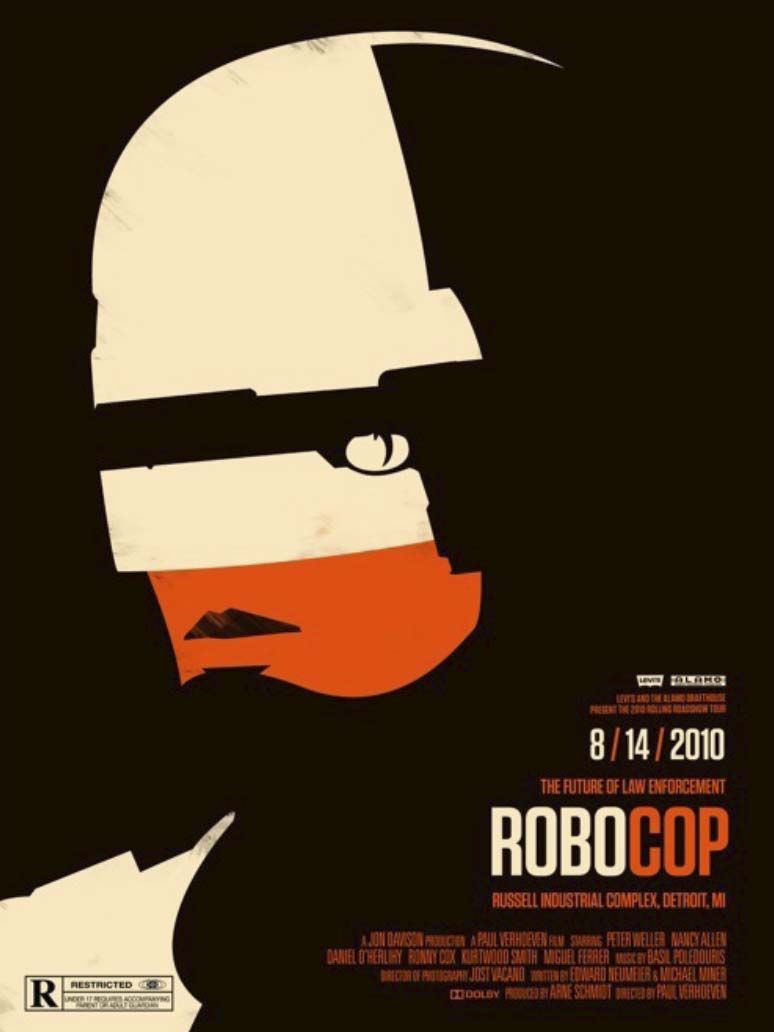 With the remake of this classic film due out in 2013, we felt a REDUX of the original movie poster, by acclaimed British artist Olly Moss, was in order. The original film, directed by Dutch filmmaker Paul Verhoeven, starred Peter Weller as Robocop. Verhoeven and the film’s producers originally wanted Rutger Hauer and Arnold Schwarzenegger(!) for the title role but ultimately felt each actor’s large size would have made it difficult to maneuver in the cumbersome Robocop suit.

Verhoeven claims that, when he first glanced through the script, he discarded it in disgust. Afterwards, his wife, after picking the script from the bin and reading it more thoroughly, convinced him that the plot had more substance than he had originally assumed. The movie was originally given an X rating by the Motion Picture Association of America (MPAA) in 1987 due to its graphic violence. To appease the requirements of the ratings board, Verhoeven reduced the blood and gore in the most violent scenes in the movie.

Robocop was released in American theaters on July 17, 1987 and opened #1 at the US box office, grossing over $8 million in its opening weekend and, despite the extreme violence, becoming the 16th most successful film that year.

On Fatherhood and Being Selfish: An Observation