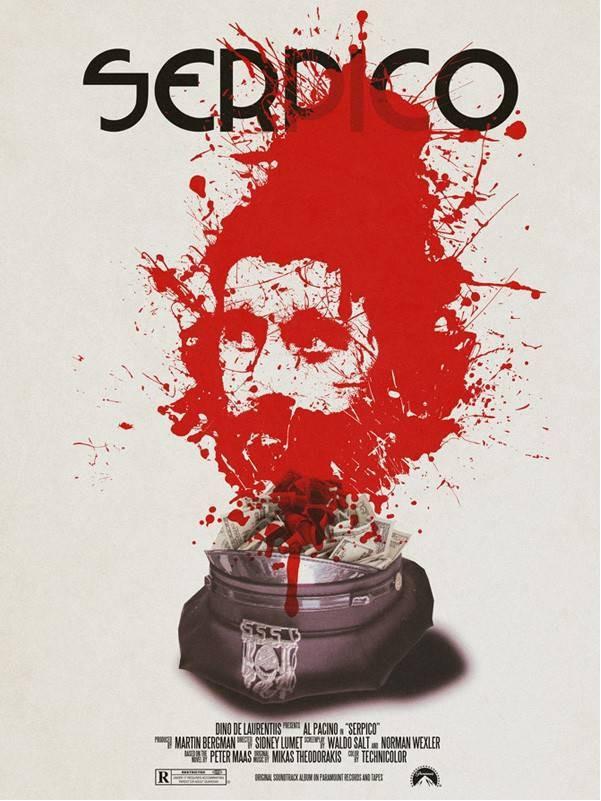 This week’s movie poster is one of the über-classic films of the 70’s: Sydney Lumet’s “Serpico” starring Al Pacino (who was nominated for an Academy Award for his role as whistle-blowing New York City policeman Frank Serpico). The poster was illustrated by artist Jay Shaw.

The story was filmed in New York City. A total of 104 different locations in four of the five boroughs of the city (all except Staten Island) were used. An apartment on Minetta Street in Manhattan’s Greenwich Village was used as Serpico’s residence, though he lived on Perry Street during the events depicted in the film.