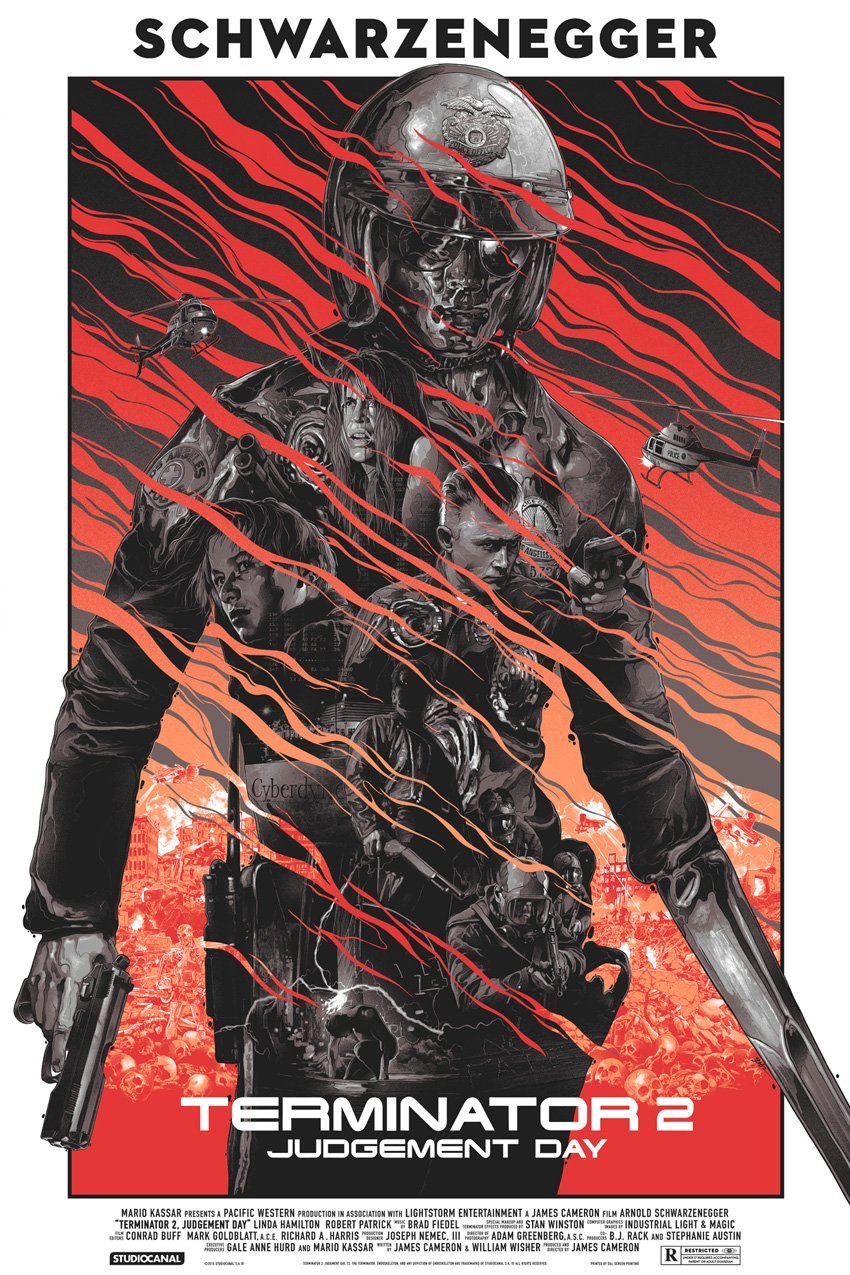 An unprecedented budget of $102 million (1991 dollars), 3.5 times the cost of the average film and approximately 15 times the $6.4 million budget of The Terminator, was reserved for Terminator 2 making it the most expensive film made up to that point. According to The Daily Sentinel and The Daily Beast, Arnold Schwarzenegger was given an $11–12 million Gulfstream III business jet, while $5–6 million was allocated towards James Cameron’s salary. Although the film was commonly described by the media as the most expensive film ever made at the time, if adjusted for inflation, Cleopatra (1963), would have cost $219 million in 1995 dollars.

Terminator 2 made extensive use of computer-generated imagery (CGI) to vivify the main two Terminators. Creation of the visual effects cost $5 million and took 35 people, including animators, computer scientists, technicians and artists. Despite the large amount of time spent, the CGI sequences only total five minutes of running time.

Terminator 2 was a box-office success, earning $204.8 million in the United States and Canada alone, and $519.8 million worldwide. The film actually outperformed the full gross of the original movie within 2 days of release.