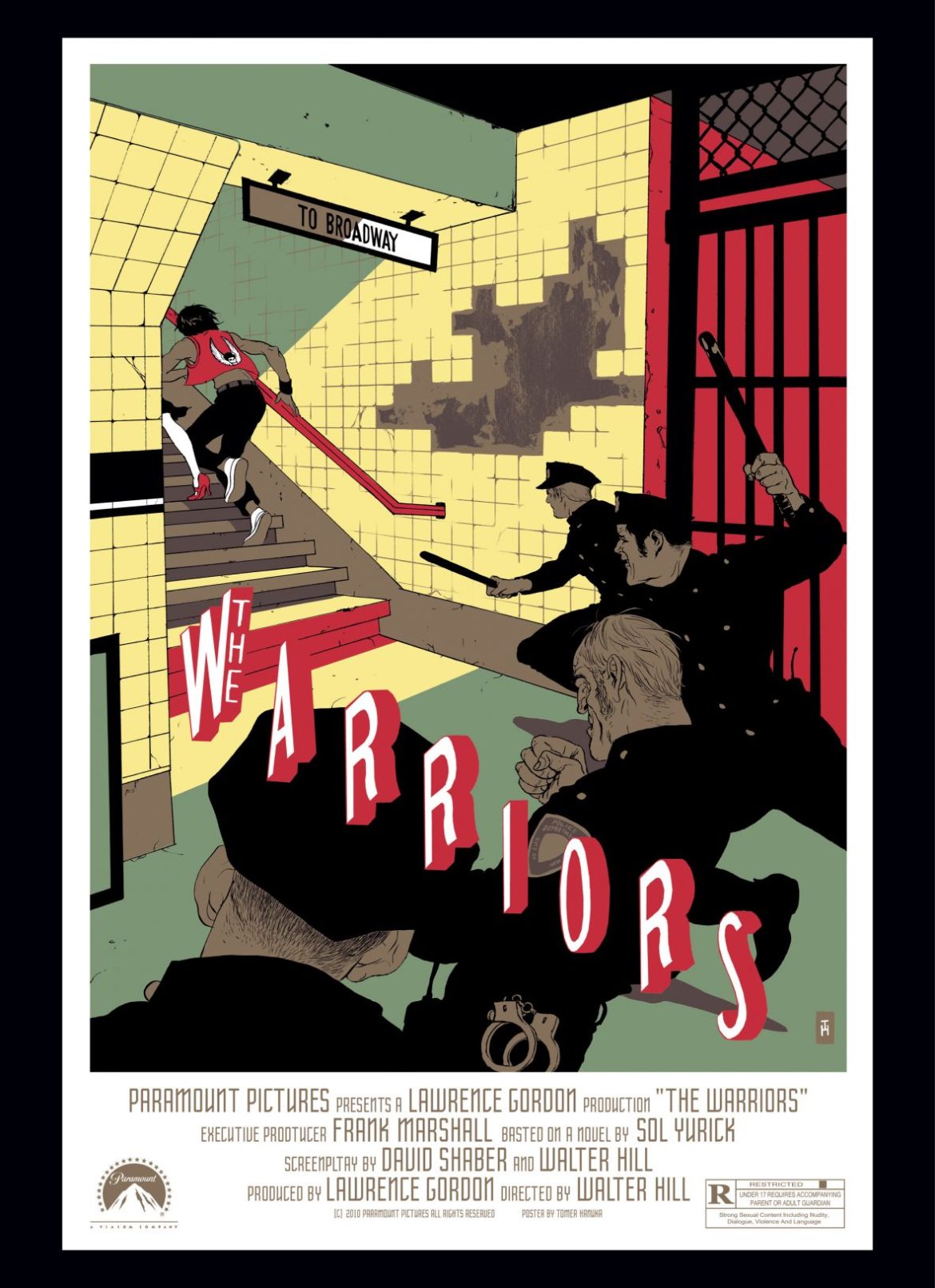 Reviled by critics upon its release and even temporarily removed from theaters by its distributors over concerns that it glorified gang warfare, the tale of the Coney Island street gang attempting to make it back home after being wrongly accused of murdering the messianic Cyrus (in that opening scene, 1,000 extras were used including many real-life gangs who turned up in their own original costumes), The Warriors now holds an 89% positive rating on Rotten Tomatoes.

The entire film was shot on the streets in New York City (with some interior scenes done at Astoria Studios) from sundown to sunrise. Said director Walter Hill: “it was a horrendously tough movie to shoot. We did it almost completely on location, in the streets and subway stations of Manhattan and Brooklyn. And those are nearly impossible situations to control. We also had weather problems – rain when we didn’t want it and none when we did. And, of course, we shot only at night, which is very hard on the cast and crew”.

Stupidity Captured at 2,500 Frames per Second