Almost four years later and we suddenly realize that we’ve never taken Buddy for a check-up. No shots. Nothing. Moreover, we really don’t know if Buddy ever got his shots in the first place. But Buddy’s been as healthy as a dog can be (with the exception of a three day run of diarrhea after he decided to snack on the toxic fibers of a floor mat and the time he started violently frothing at the mouth after accidentally swallowing one of my wife’s Prednisone pills). But we decided it was finally time to take him in for a checkup. 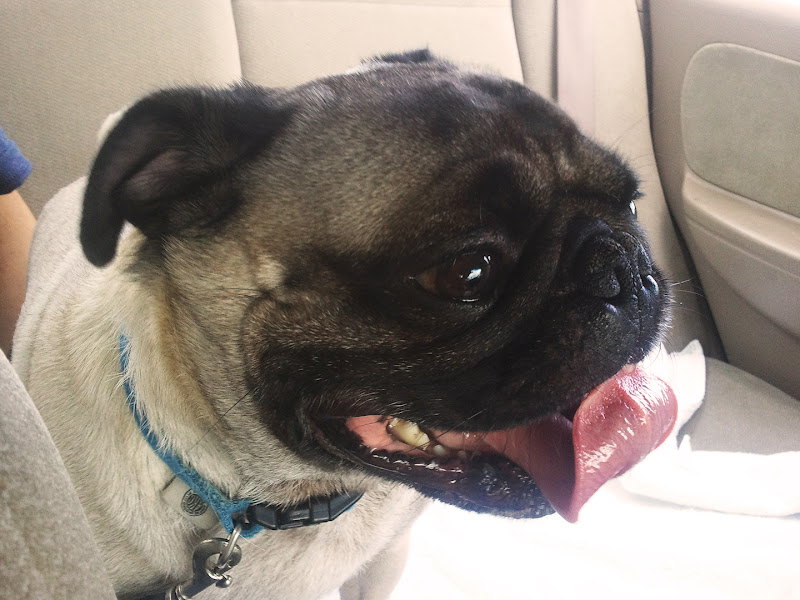 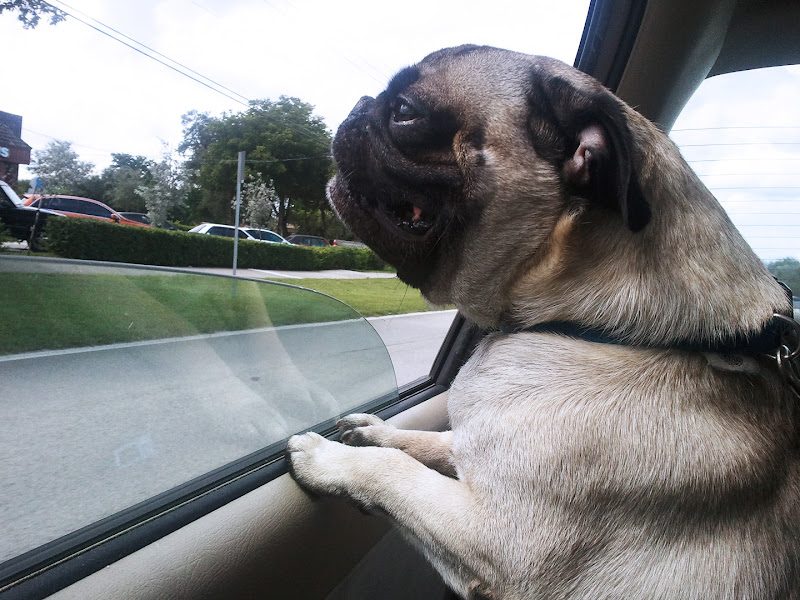 Ah, nothing like my doggy hairs blowing in the wind. 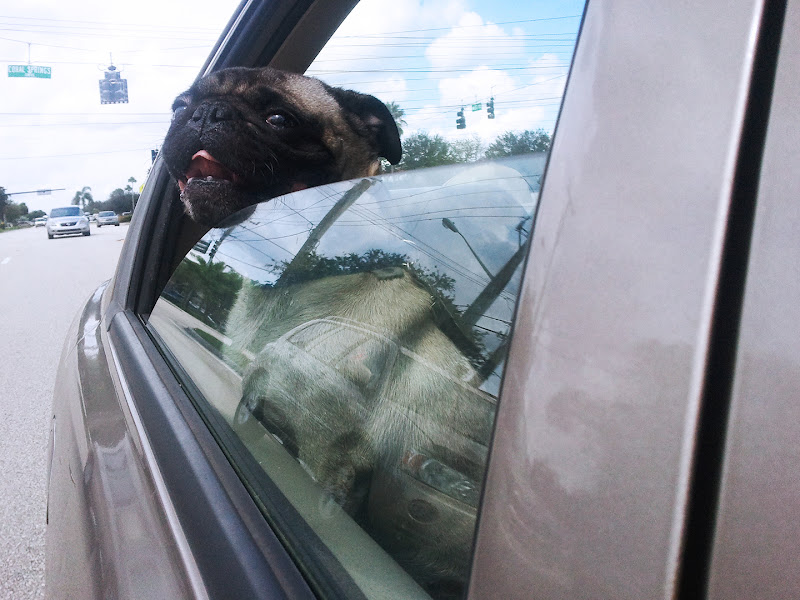 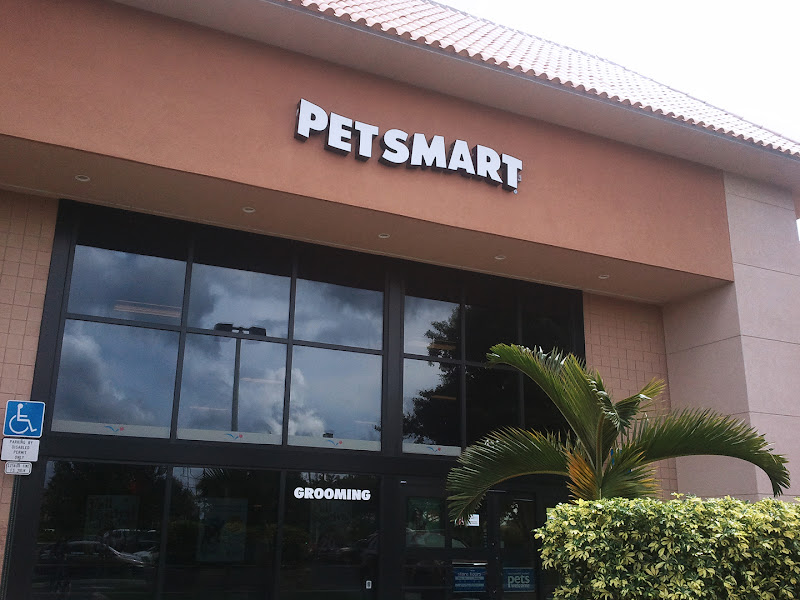 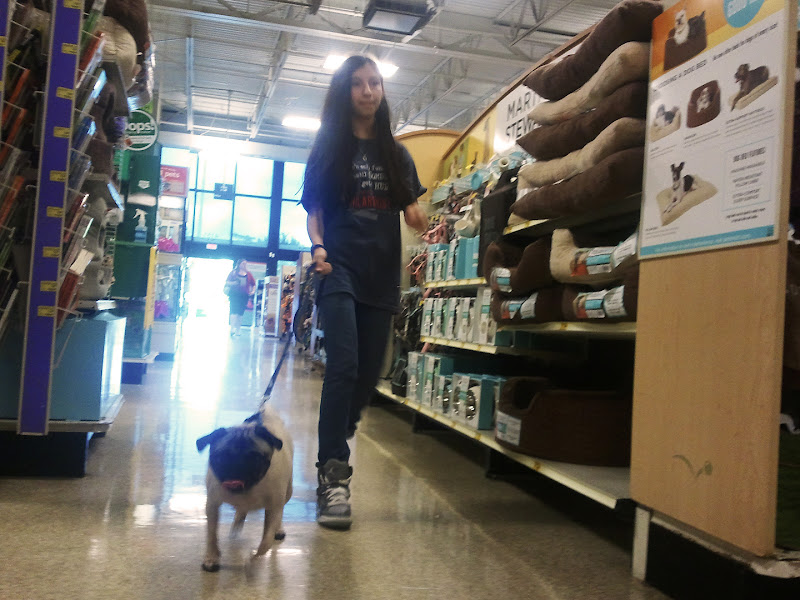 If you gotta go see the doctor to get shots, always bring somebody along who’ll  feel sorry for you afterwards (gets you extra treats!) 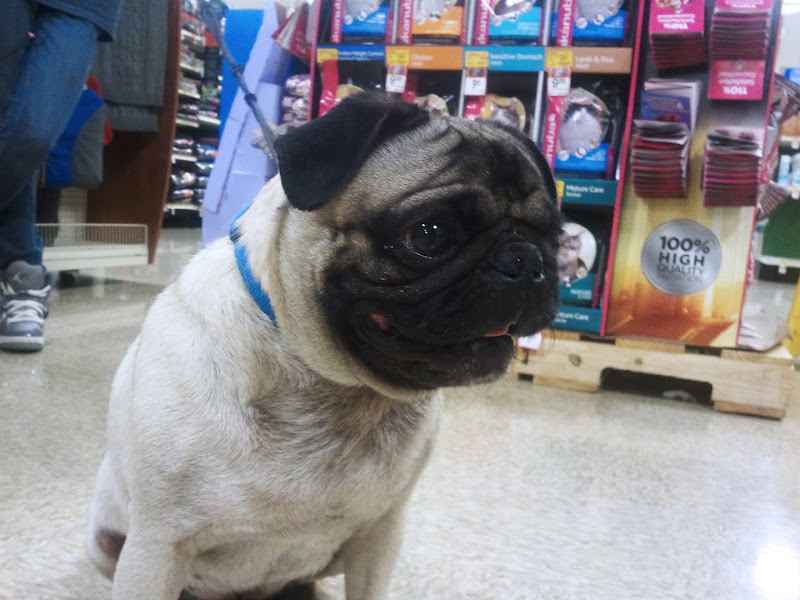 Alright, let’s just get this over with.

We’re directed to the doctor’s office and a few minutes later, a young man wearing scrubs walks in. He asks us why we’re here and we tell him Buddy’s story (or lack thereof). He quickly pulls out a trifold pamphlet, opens it up in front of us and asks us to select one of the three Optimum Wellness Plans for Buddy. The choices are a $311.40, $419.40, or $515.40 plan (with convenient monthly payments) plus a one-time membership fee of $69.95(!) I ask the guy, “What ever happened to just getting a dang rabies shot?”

He gives us a few minutes to think about it and walks out of the office. A few minutes later, he comes back with the veterinarian; a young blond-haired woman with a pleasant smile and a friendly Southern accent. After introducing herself, her smile suddenly disappears and she begins to describe to us all the horrible diseases that dogs are at risk for. She then warns us of the unbearable suffering that Buddy would undergo were he to be afflicted with any of the aforementioned diseases and the costly treatments that would have to be administered to save Buddy from an agonizing death. She then lists all the horrible diseases that can be transferred to Buddy from mosquitoes, rabbits, squirrels (and other rodents), contaminated water, birds, cats, reptiles, and even other dogs  (along with the unbearable suffering, costly treatments and/or agonizing death that might ensue).

Finally, she lists all the horrible afflictions that Buddy, if infected, could (gasp!) pass on to us: diarrhea, fever, stomach pain, rabies, lyme disease, uncontrollable barking, kidney failure (Lions, and tigers, and bears! Oh, my!). After a dramatic pause, her smile returns and she asks which of the three plans I’d be interested in so that they can proceed with Buddy’s care and avoid all the unnecessary suffering, costly treatments, and/or agonizing deaths that could possibly befall us all. I see right through her scare tactics, “Well, thank you for trying to scare the living heartworm out of us AND for making us realize how much it sucks to be a dog AND how hazardous it is to own a dog; but what ever happened to just getting a dang rabies shot?”

The Kid Gloves Come Off

The veterinarian looks right at me for about five seconds without saying a word. She then looks at my daughter who’s sitting down holding Buddy’s leash. She then looks back at me, her smile no longer visible. She pauses for another five seconds before asking the question she knows is gonna screw me, “Mr. Perez, don’t you love your dog?” My daughter looks up at me, her eyes eager for an answer. I resist the urge to explain to the veterinarian that I like Buddy (a lot) and if he were to get sick, suffer, and die an agonizing death it would really bother me (a lot) but that I wasn’t expecting to pay $311.40, $419.40, or $515.40 plus a one-time membership fee of $69.95 for him to get his dang shots!

I look over at my daughter who’s still looking up at me. I remember holding her on the day she was born. I remember her looking up at me with her crusty eyes. I swore I’d be able to pick her out from among a thousand other babies; that’s how beautiful she was. She’s looking up at me again now. She doesn’t say a word but her eyes do all the talking for her, “You do love Buddy, don’t you dad?” I turn to the crafty veterinarian and with a voice barely above a whisper, I reply, “OK, I’ll take the $300 package.”

I look back at my daughter and she’s smiling that beautiful smile of hers. Her daddy has a heart after all. I look back at the veterinarian, the smile has returned to her face. My shoulders slump. I feel like I just got sold a pair of skinny jeans by a shrewd JC Penny salesperson (“Your wife is gonna love you in these!”). Well played, young blond-haired veterinarian with the friendly Southern accent. Well played. 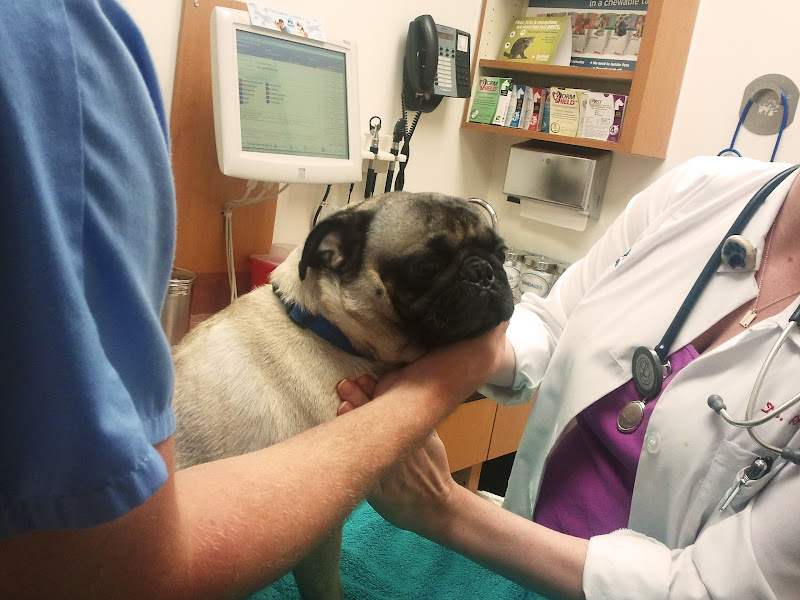 I’m quite the specimen, aren’t I? 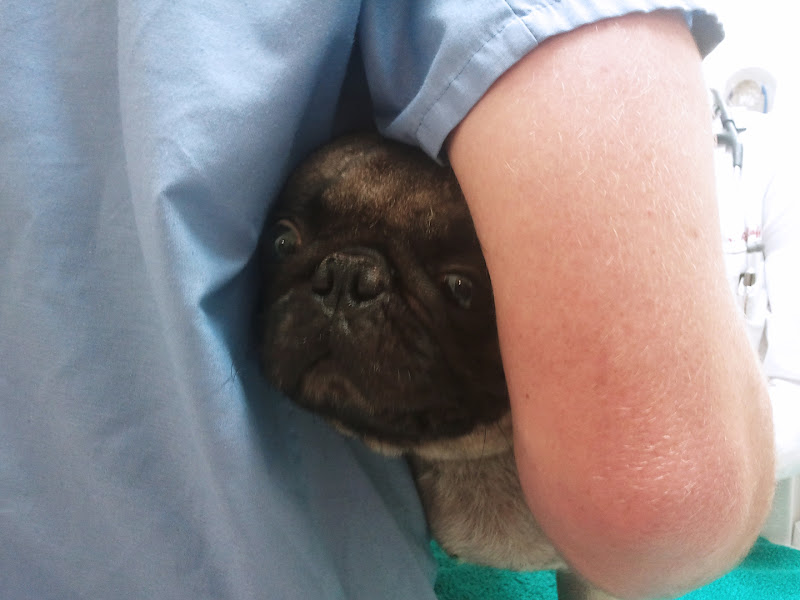 When one person sticks a couple of needles in your ass while another person has you in a headlock, it’s not a good day. 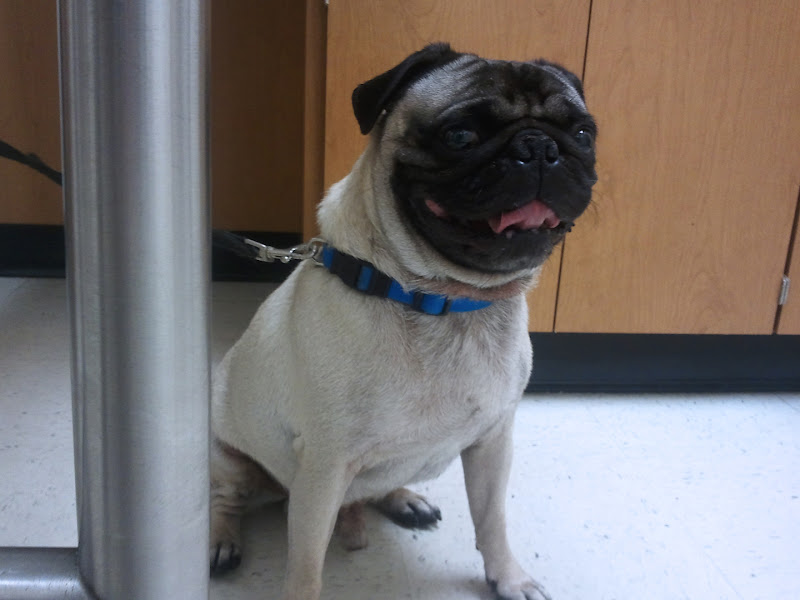 Yeah, my ass is hurting. 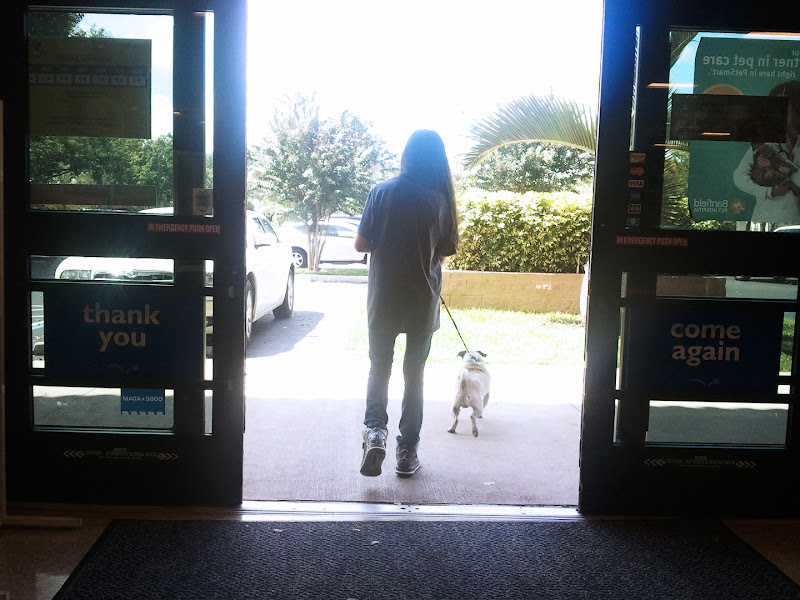 Smell ya later. I’m out. 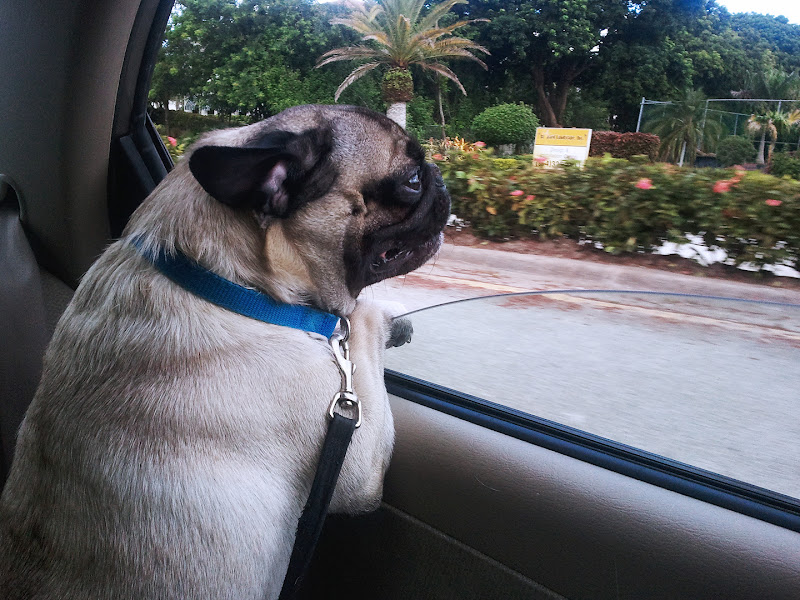 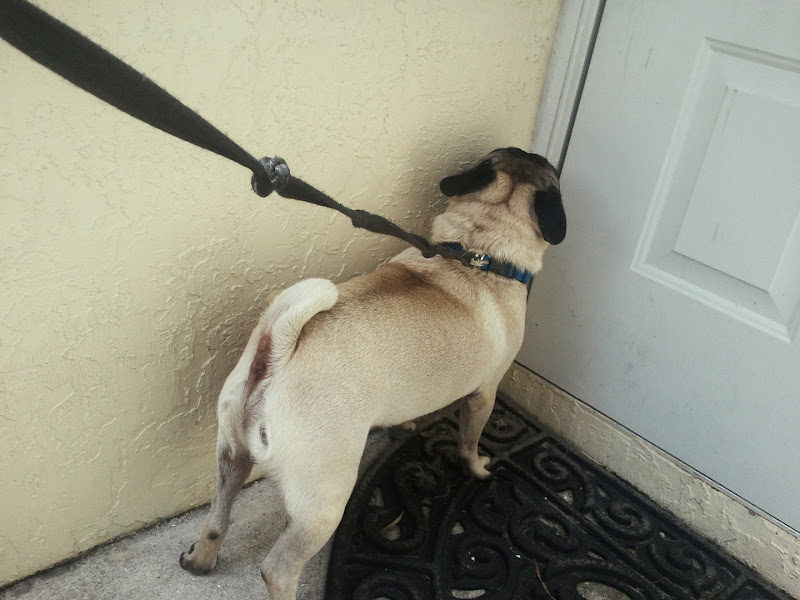 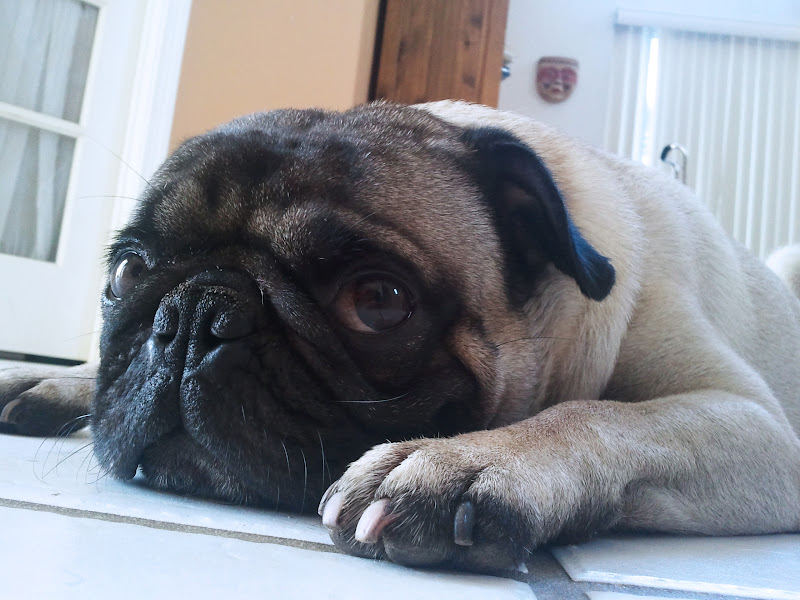 Now, about those treats…

Little Girls Own Their Dads

In the end, I’m glad we finally got Buddy his vaccinations (though, after almost four years of good health, I get the feeling that now his hair will start turning purple and he’ll start growing a fifth leg). After all, he is part of the family now. He don’t do a hell of a lot besides lie on his doggy bed all day and it takes him about half a mile of walking before he can find a spot suitable to poop on and he still pees on his leg every now and then but he’s my little girl’s dog. She loves her Buddy and Buddy loves anyone who rubs his tummy and feeds him doggy treats.

Ultimately, it all came down to one simple fact. A fact that the blond-haired veterinarian with the friendly Southern accent knew very well. Daddys love their little girls. And that’s certainly worth $311.40 plus the one-time membership fee of $69.95.