The Sunscreen Film Festival has awarded South Florida filmmaker Dan Perez with it’s “Best Florida Film” award for his feature length documentary film “P.A.T.H.” The award, which carries a $1,000 cash prize, was presented by John Travolta, who has been a supporter of the festival since its inception. Dan was joined on  stage by Miami hip-hop artist and P.A.T.H. founder, Brimstone127 (who also scored the film and Amit Regev, who shared cinematographer duties with Dan Perez.

“This year, we received double the amount of film submissions than in the previous year” said Tyler Martinolich, Programming Director for the Sunscreen Film Festival. “It was not easy selecting just one film from the many terrific Florida films we received. In the end, however, Dan’s film was the unanimous choice.” 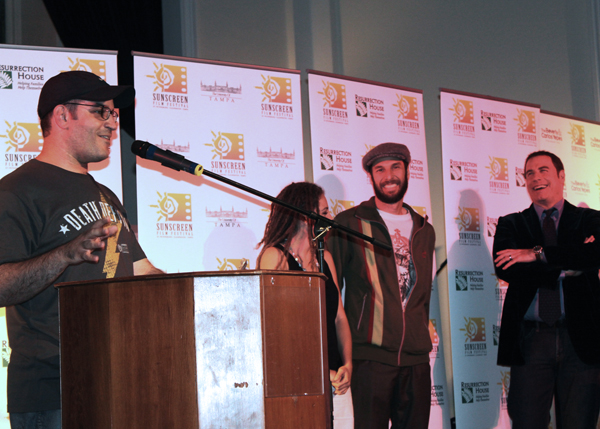 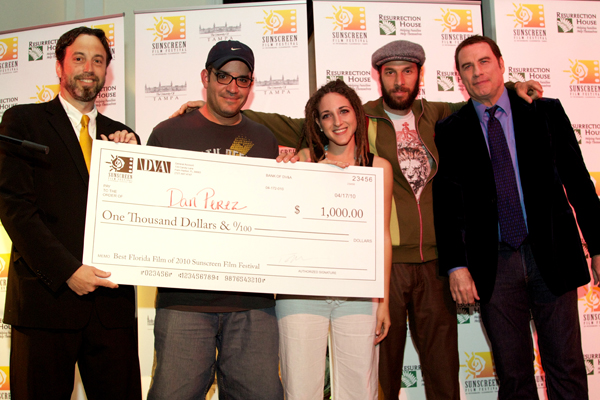 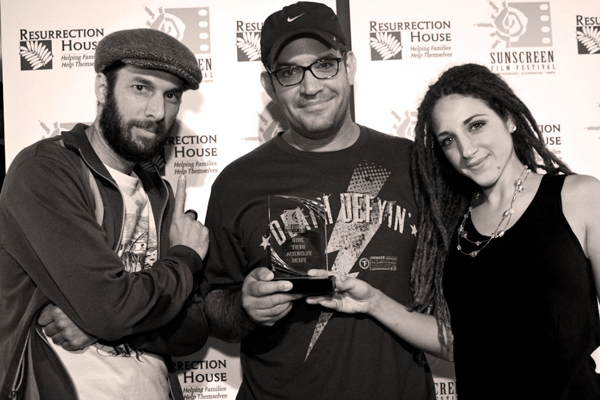