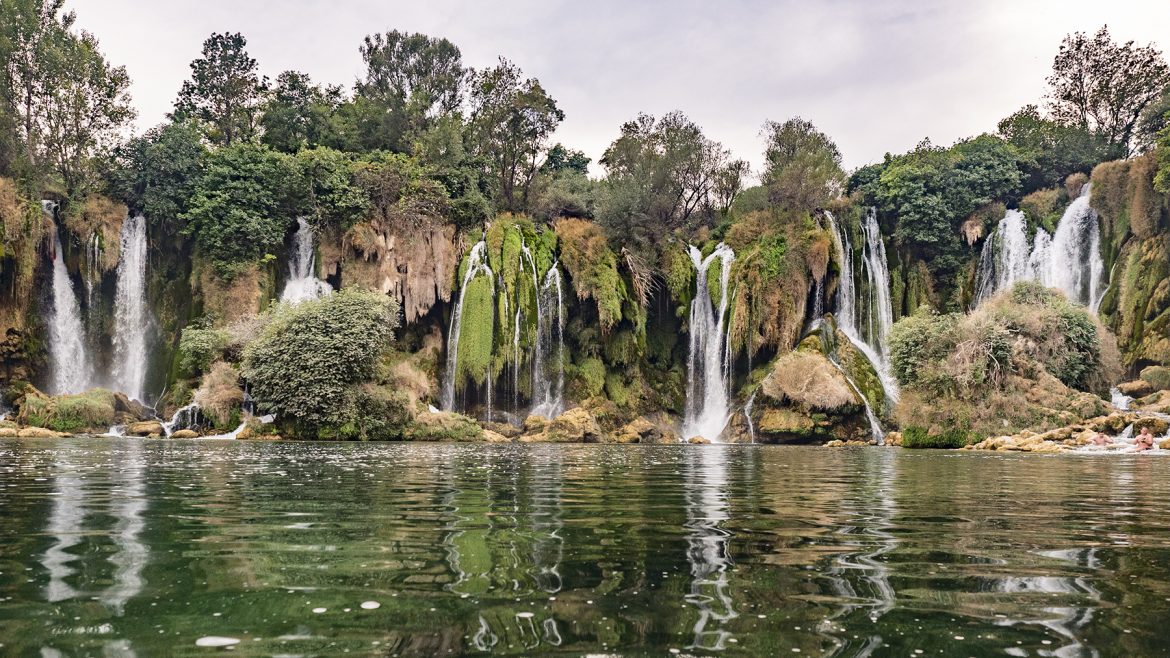 During a recent trip with Mrs. Perez to Bosnia and Herzegovina, we visited the beautiful Kravice waterfall, (whose official name is really Kravica), a large tufa cascade on the Trebižat River in the heartland of Herzegovina. Its height is about 80 ft and the radius of the lake in the base of the waterfall is 390 ft. It’s about a 15 minute walk down to the waterfalls from the parking area (trolleys are available – I recommend taking one back up to the parking area).

FYI, a tufa waterfall is formed when water running over dolomite rock absorbs calcium. Mosses which grow on the rocks in the stream extract carbon dioxide during photosynthesis which precipitates the calcium from the water to deposit it as layers of tufa on the surface of the waterfall – a process that takes millions of years. Because of the specific tufa deposits, the Kravice waterfall is considered a natural phenomenon and is under state protection.

We arrived there near the end of a busy day having stopped at Konjic, Mostar and the town of Počitelj with our tour guide Ahmed Lavić of toursbylocals.com (great guy if you’re planning on visiting this beautiful country and would like a guide). Had my Lumix GH4 in hand and my tripod in the car so I decided to shoot a few minutes of video of this spectacular waterfall.

Bloodshed and Beauty: Sarajevo (In Pictures) PART I