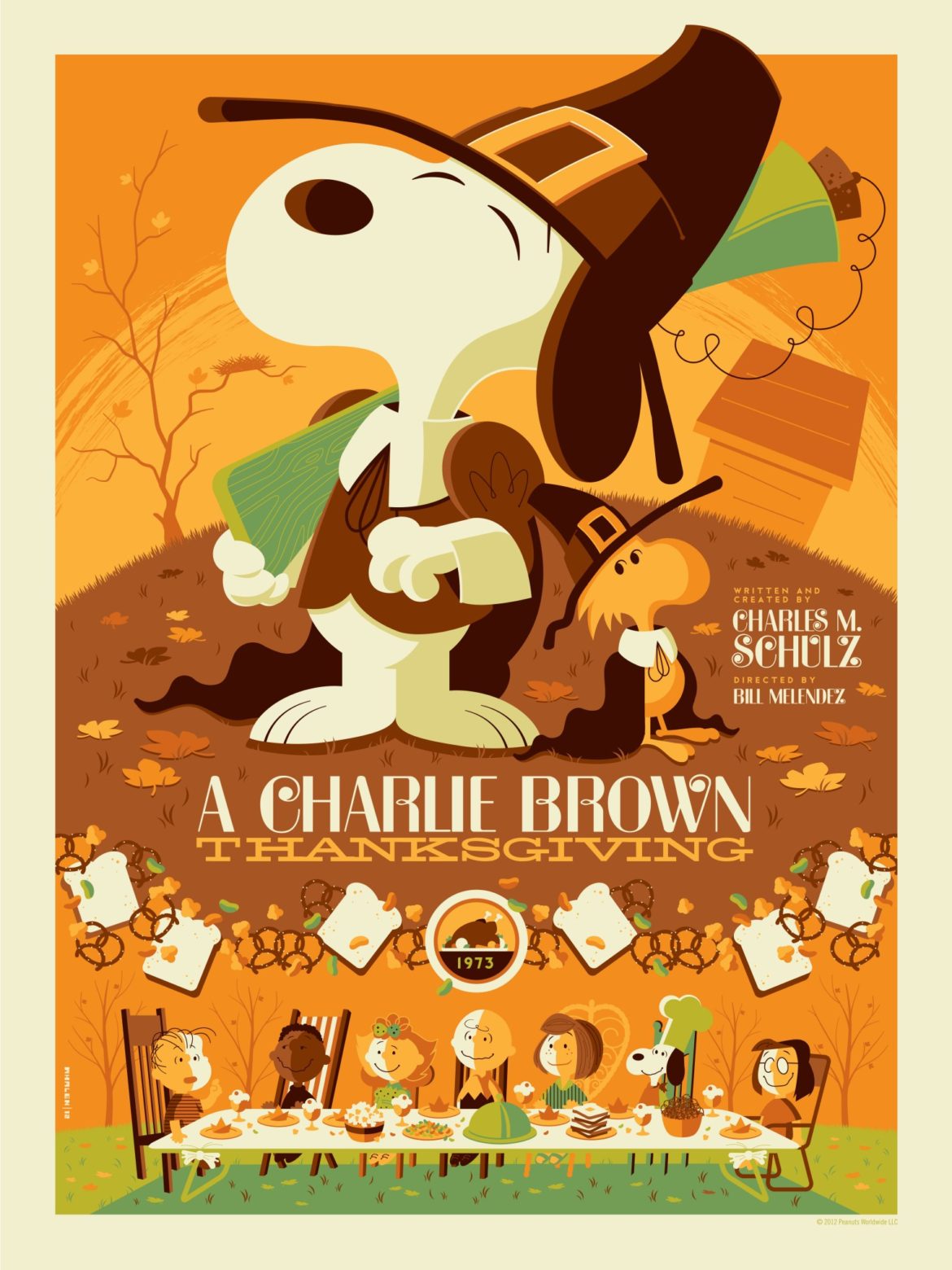 Unlike Christmas, there aren’t a heck of a lot of Thanksgiving movies out there. But with Thanksgiving arriving this week, I’ll bet a shiny new nickel that somewhere there will be a few households watching “A Charlie Brown Thanksgiving“. The classic Emmy Award winning program first aired on CBS back in 1973 and was aired every year until 1992. The program (along with all the Peanuts specials) moved to ABC in 2001 and has aired every Thanksgiving night since 2008.

Peanuts, one of the most popular and influential American comic strips, was written and illustrated by the late Charles M. Schulz and ran from October 2, 1950, to February 13, 2000, with 17,897 strips published in all. Peanuts achieved considerable success with its television specials, several of which, including “A Charlie Brown Christmas” and “It’s the Great Pumpkin, Charlie Brown”, won or were nominated for Emmy Awards.

During the life of the strip, Schulz took only one vacation, a five-week break in late 1997 to celebrate his 75th birthday; reruns of the strip ran during his vacation, the only time reruns occurred while Schulz was alive. He died in his sleep in February, 2000. His characters, however, live on…

The poster was designed by Tom Whalen. Happy Thanksgiving!

This is awesome Mr. Perez… I love this movie.

[…] of all time, "A Charlie Brown Christmas" designed by illustrator Tom Whalen (who also designed "A Charlie Brown Thanksgiving"). Making its debut on CBS in 1965, it was the first prime-time animated TV special based upon the […]