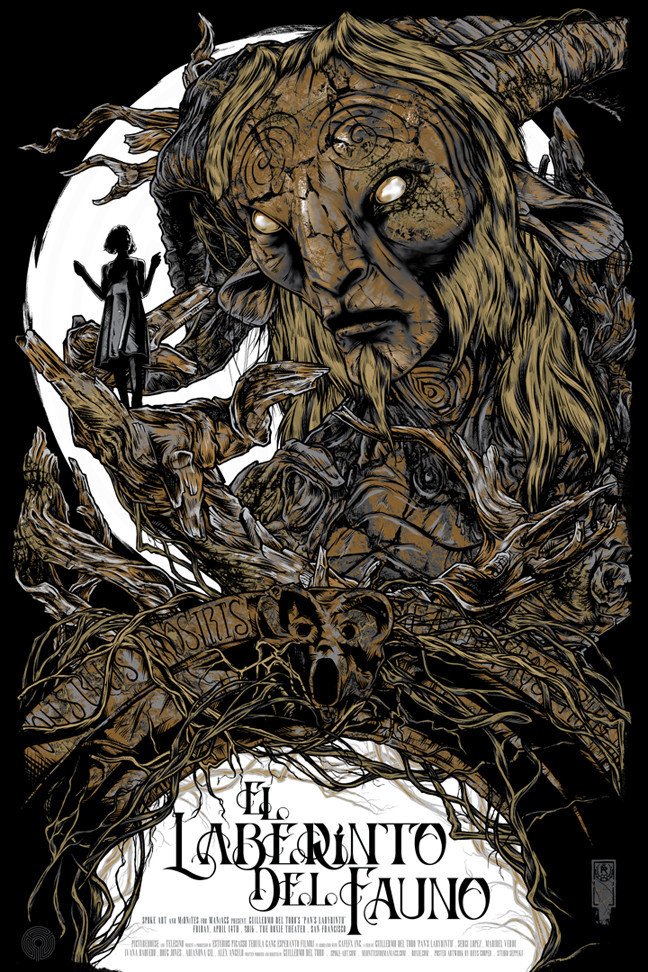 “Pan’s Labyrinth” took home Academy Awards in Cinematography, Art Direction, and Make-up and was included in The New York Times Magazine essay “The most important films of the past decade — and why they mattered.”

The poster was designed by illustrator Rhys Cooper