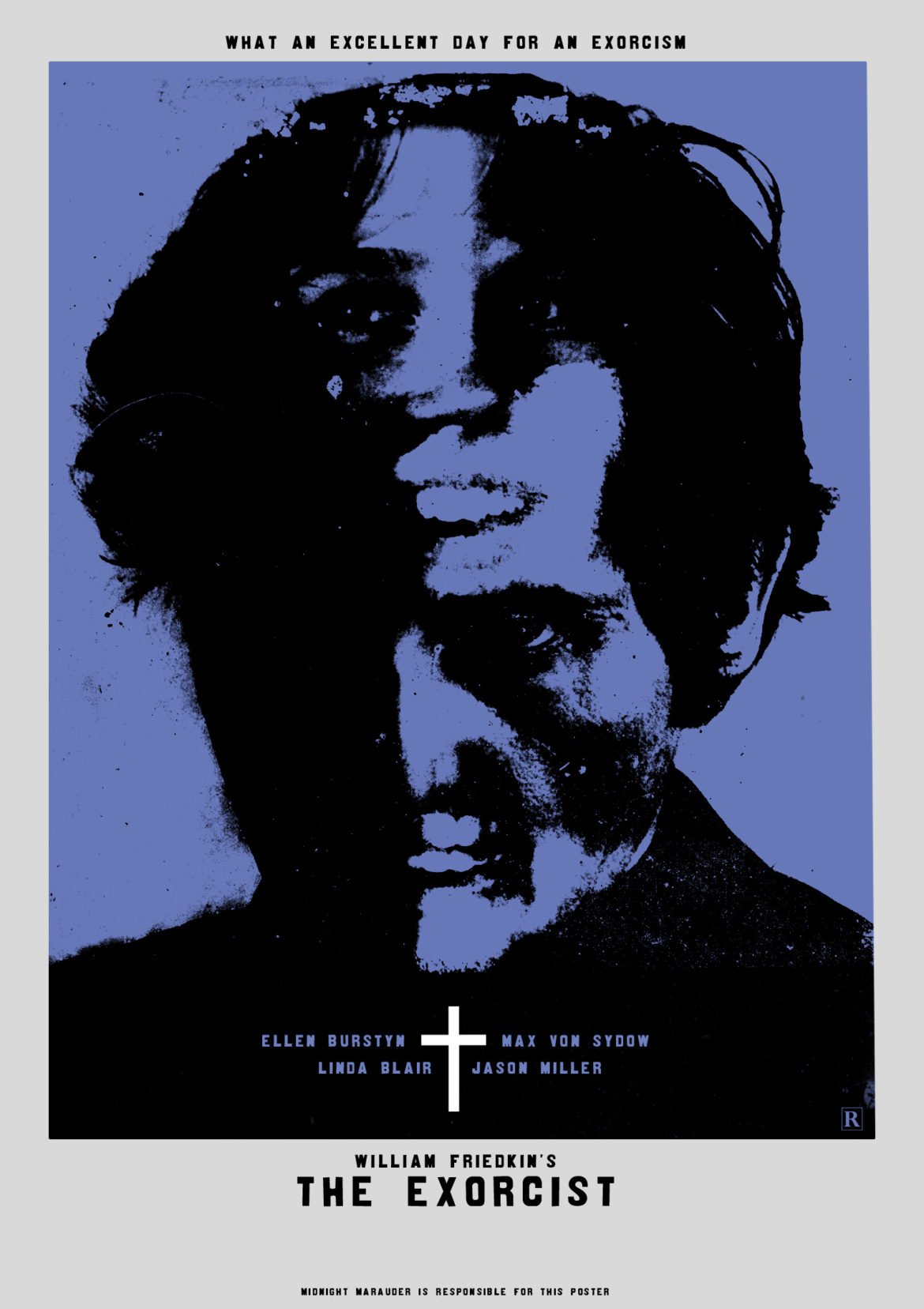 With Halloween just about a week away, I figured a series of alternative posters for one of the most terrifying films of all time would hit the spot. “The Exorcist” [1973], adapted by William Peter Blatty from his 1971 novel of the same name, earned ten Academy Award nominations, winning two (Best Sound and Best Adapted Screenplay) and was the very first horror film to be nominated for an Academy Award (won that year by “The Sting”). Moreover, were the film’s box office numbers ($441 million worldwide) to be adjusted for inflation, it would be the highest grossing R-Rated film of all time.

Warner Bros. first approached directors Stanley Kubrick(!), Arthur Penn, Peter Bogdanovich, Mike Nichols, and John Boorman (who all turned the film down for various reasons) before settling on Mark Rydell to direct the film. Blatty insisted on William Friedkin based on the director’s previous film, “The French Connection”. After a standoff with Warner Bros., who wouldn’t budge on their choice of Rydell, Blatty eventually won out.

Marlon Brando(!) was initially offered the role of Father Lankester Merrin but was rejected by Friedkin who didn’t want the film to become a “Brando movie.” Jack Nicholson(!) was also picked for the part of Father Damien Karras before Friedkin spotted Jason Miller at a performance of Miller’s Pulitzer Prize winning play “That Championship Season” in New York. Even though Miller had never acted in a film, he was cast in the pivotal role of Karras and earned an Academy Award nomination in the “Best Supporting Actor” category.

Here are 25 more fascinating facts about The Exorcist. Enjoy the posters, many of them are for sale at the artists’ sites – just saying… 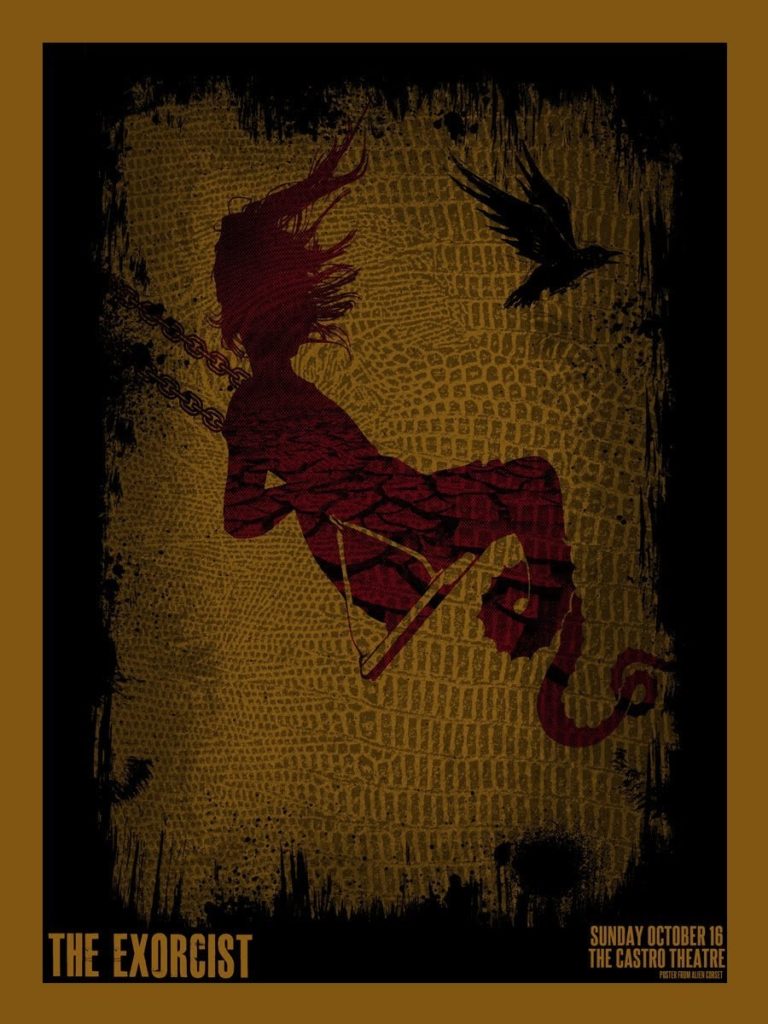 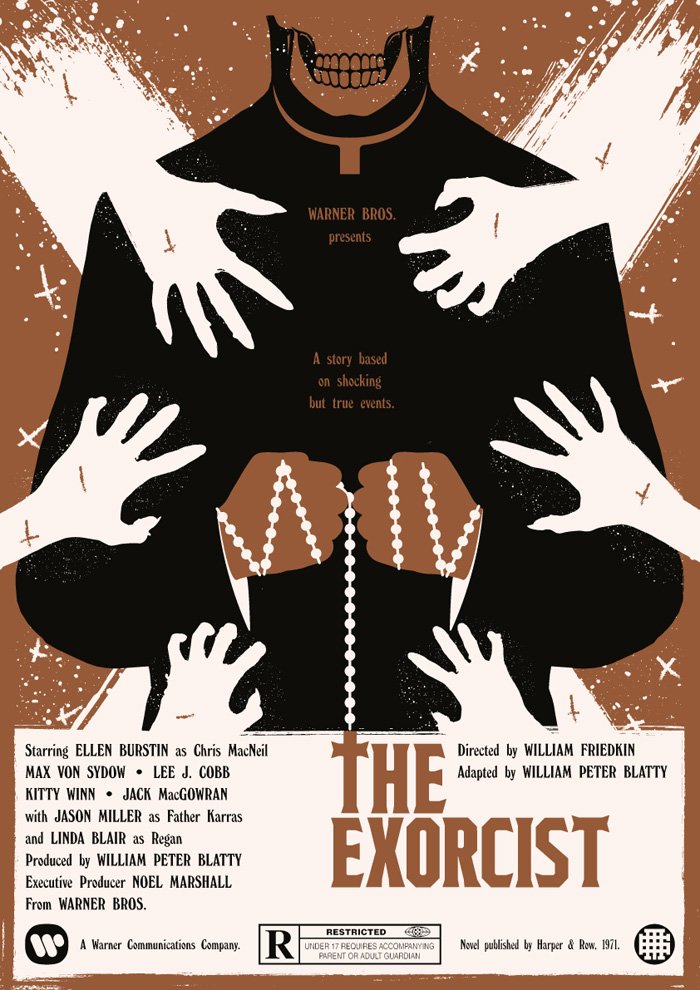 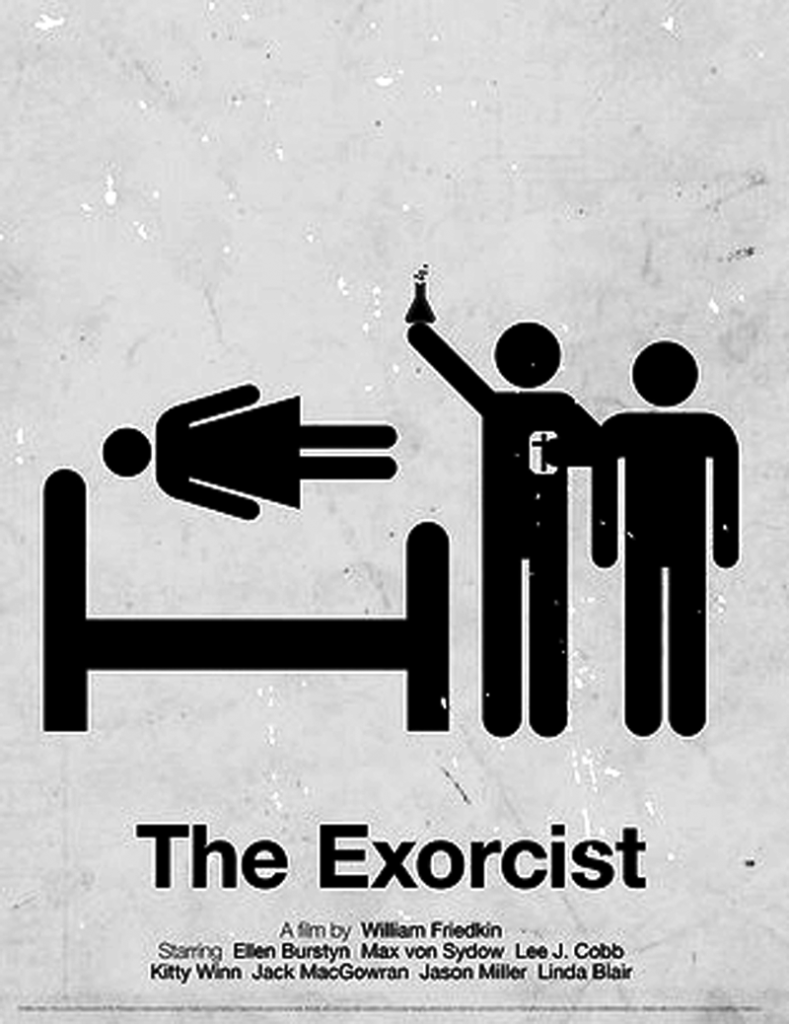 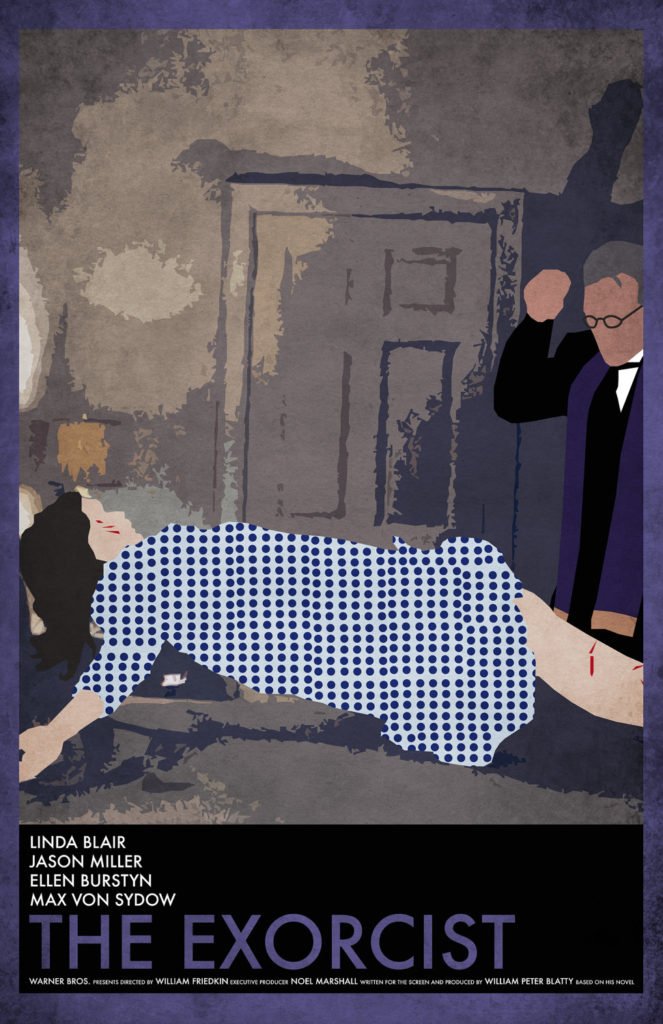 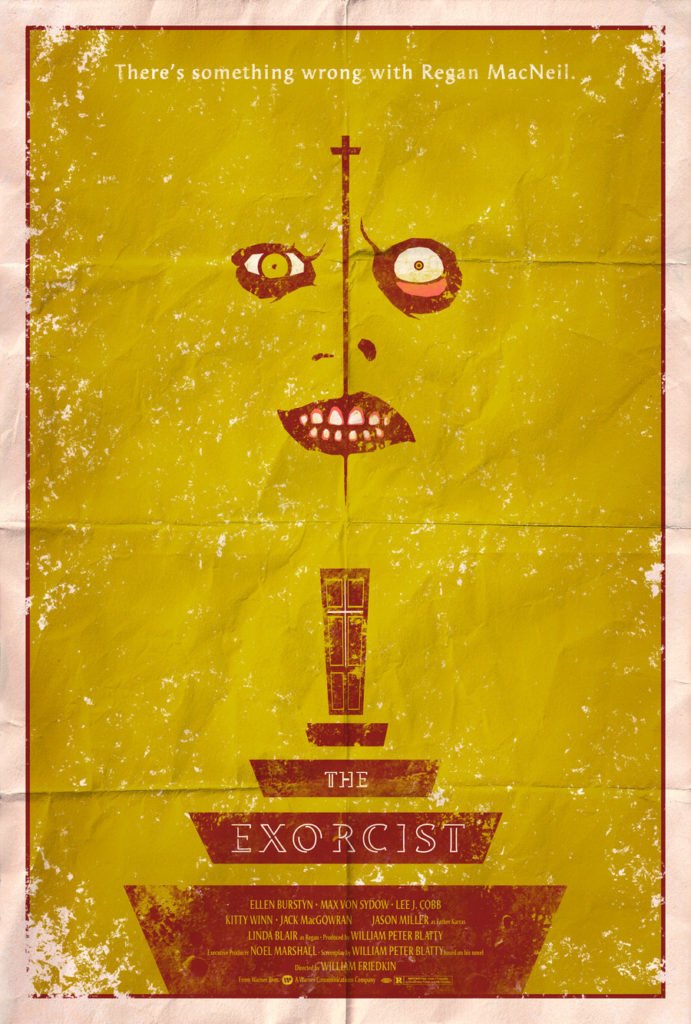 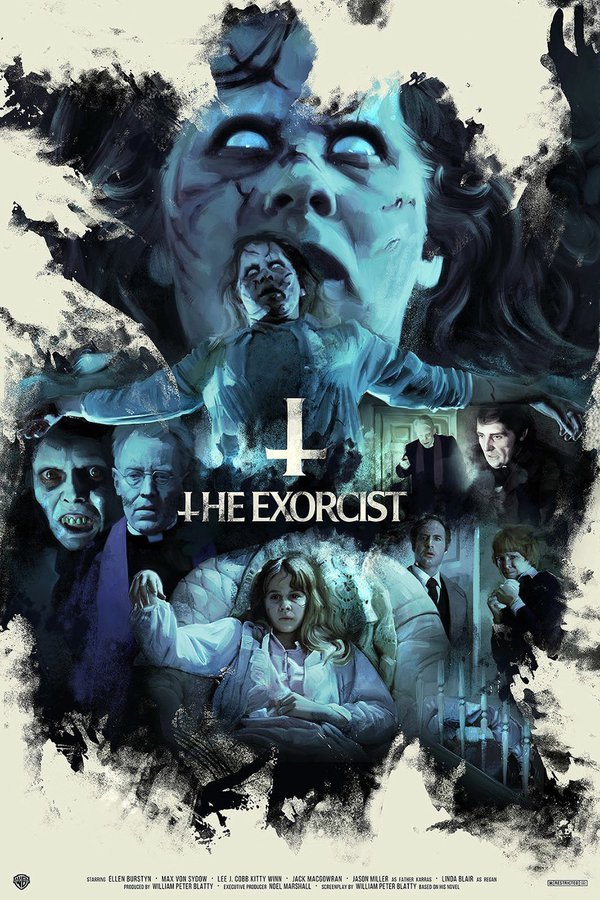 Then there’s this mashup by Steven Lear