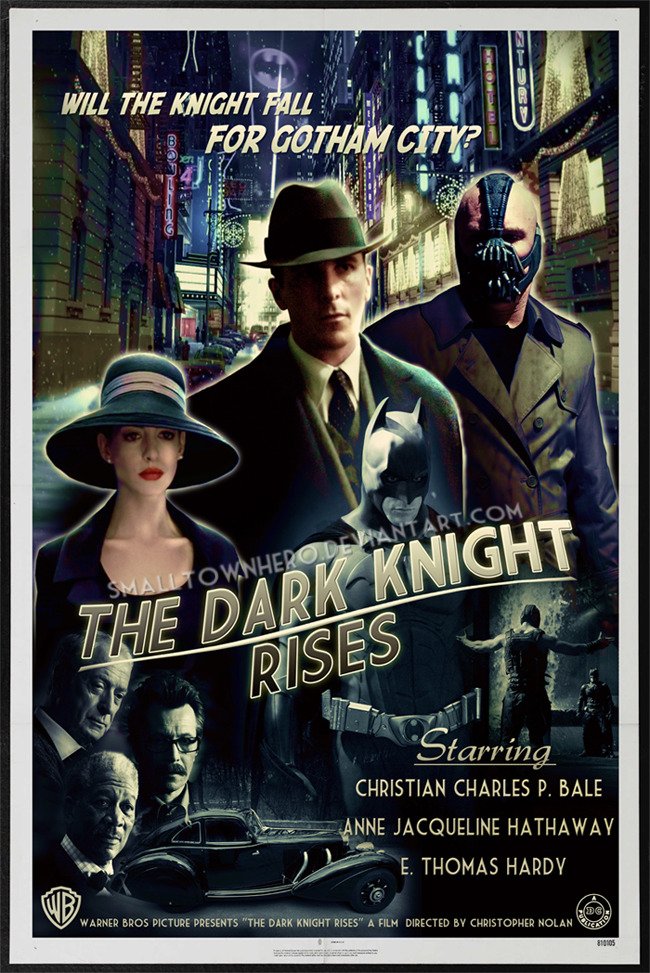 With the highly anticipated “The Dark Knight Rises” opening this week, we felt it only fitting to offer up a REDUX of the many posters already in circulation. This poster, by British artist Shaun Watson, is designed in classic film noir style.

The previous Batman films, directed by Christopher Nolan, have grossed $1.5 billion with 2008’s “The Dark Knight” becoming the twelfth highest-grossing film of all time worldwide.

This one is one of my favorites. Love the noir style.