So I finally got around to seeing George Miller’s Mad Max: Fury Road and from the opening minutes, I knew we we were a long way from 1981’s The Road Warrior (and light years away from 1979’s Mad Max, which was great for a $1 million budget film but Miller was really just getting started). It’s as if Miller, now 70 years old and having only directed the animated Babe: Pig in the City and the Happy Feet films since 1998 (seriously!) had holed himself up in a dank musty underground cave for the past few years secretly conjuring up the gloomy imagery and loathsome characters of Fury Road (not to mention the fantastic chase sequences).

First of all, you’ve never seen a post-apocalyptic world like the one Miller introduces us to in Fury Road – it makes the sandy wasteland of “The Road Warrior” seem like Dorothy’s Kansas. But like Miller proved in 1985’s Mad Max Beyond Thunderdome, if you give him a few bucks, he knows how to spend it. Thunderdome’s Bartertown was pretty darn creepy but Fury Road’s The Citadel is the stuff nightmares are made of (and don’t even get me started on its grotesquely disfigured leader, Immortan Joe, played by Hugh Keays-Byrne who also played the villainous Toecutter in the first “Mad Max”).

By now, you’ve probably already read the great reviews and you’ve heard those people who have seen it proclaim how awesome it is and you’ve even probably heard a bunch of so-called men’s-rights groups (Meninists!) getting their panties in a bunch over the film’s focus on its badass female lead Furiosa (played with a warrior’s ferocity by a shaved-head, one-arm Charlize Theron) and a group of fire-pissing grannies with guns that would put Ike and his Clanton gang to shame.

Max, the macho male action lead, unlike in previous films, isn’t really the hero here. In an unusual (and subtle) action movie twist, especially one of this testosterone-dominated caliber, it is Max who is often “dependent” on the female leads (this is really Theron’s movie by a mile) for his survival. If there’s a message in this movie, maybe it’s that when it comes to revolution; to abolishing long-standing “traditional” beliefs about the roles of men and women in society (represented by Immortan Joe and his minions), men and women can unite as equals and together create a new world; new beliefs. I’d like that. But that shit ain’t the truth. The truth is, you’re the weak, and I am the tyranny of evil men…OK, I’m getting off track here – my bad. Bottom line? This film doesn’t feature much of a story (Miller violently throws the viewers into a film in progress), no plot twists to chew on afterwards and very little dialogue (Tom Hardy, who plays Max and finds himself again wearing a rather uncomfortable fitting mask for about a quarter of the film, grunts and mumbles his way through most of it). What’s left is one eye-popping chase sequence after another that leaves you breathless.

Maybe it was the 17 years of frustration in getting this film made that finally unleashed the director’s pent up and brilliant imagination onto the screen. In any case, Miller, who pulled Academy award winning Australian cinematographer John Seale (The English Patient) out of retirement for this film, has created one of the most exciting and imaginative films you’re likely to ever see. The fact that the CGI was minimized (thanks to 150 stuntmen/women, which included Cirque du Soleil performers, Olympic athletes and an actor/musician named Iota) makes the film all the more remarkable.

Now, enjoy the latest addition to our Movie Poster REDUX series with this collection of alternate movie posters of the film (each image is linked to its source)… 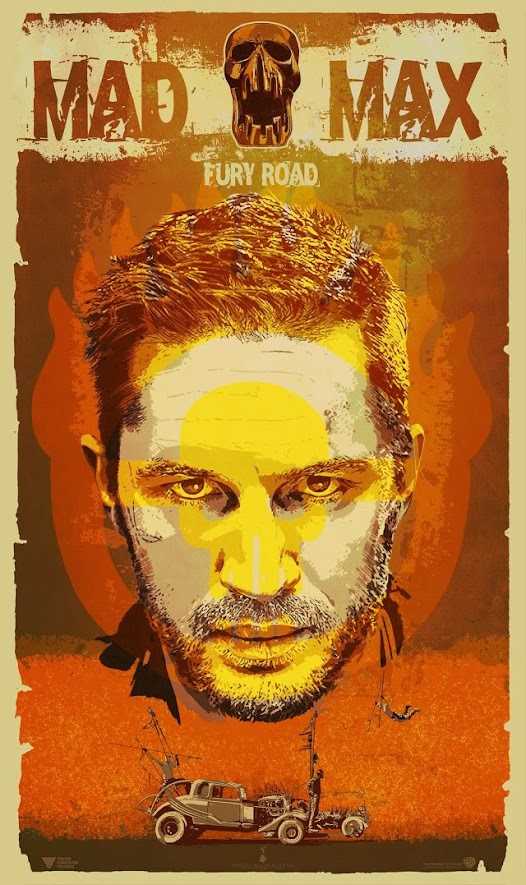 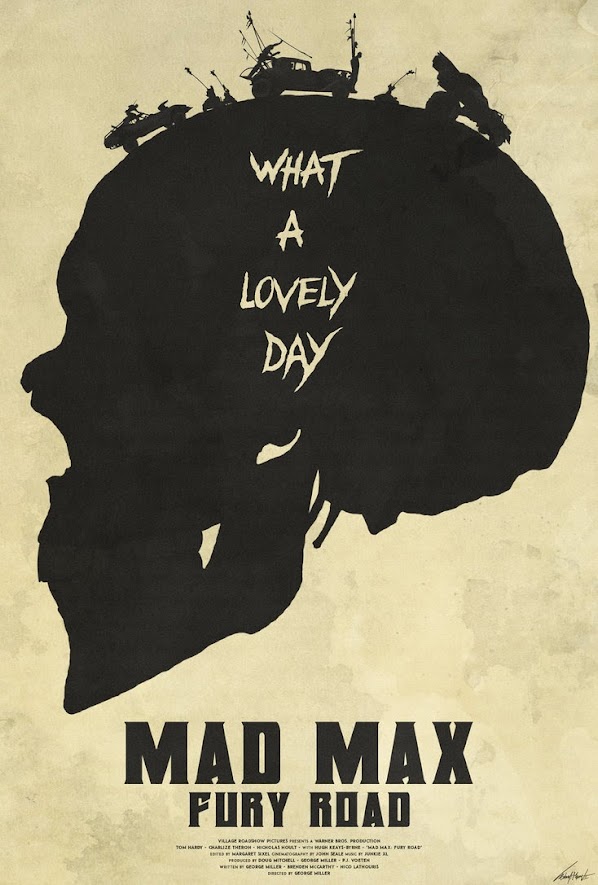 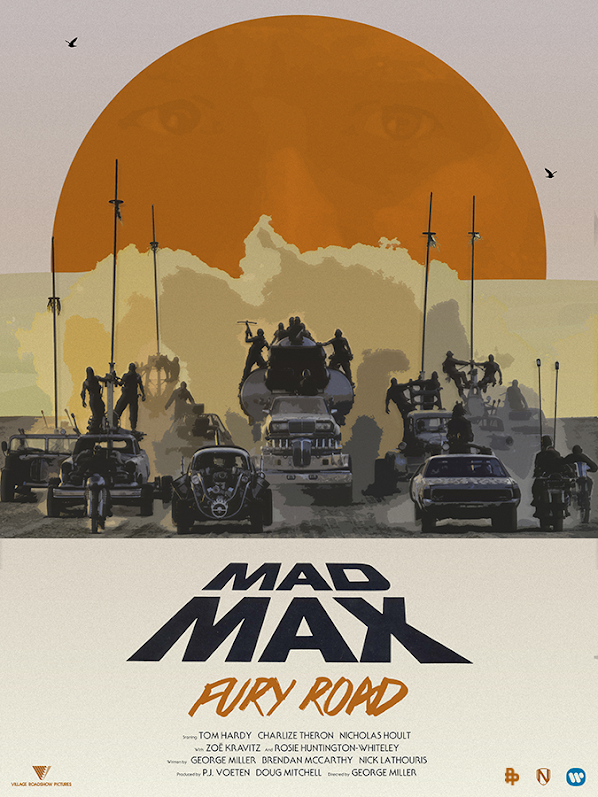 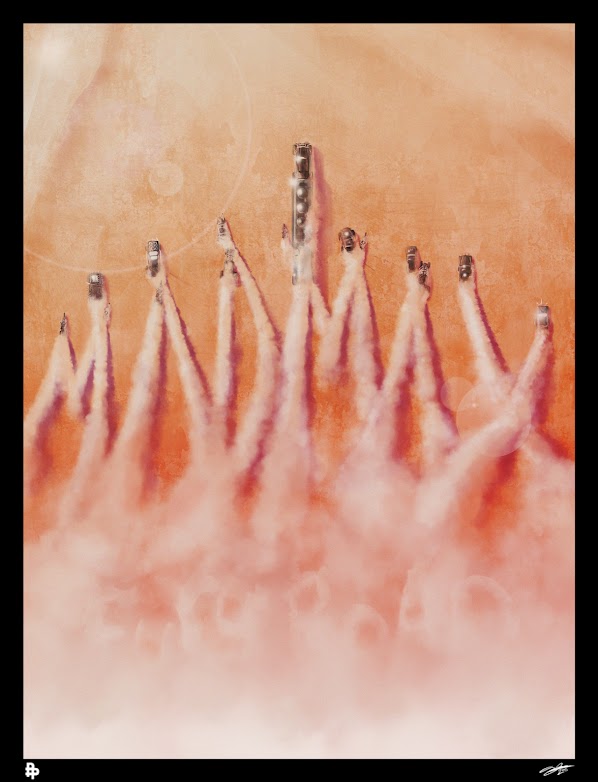 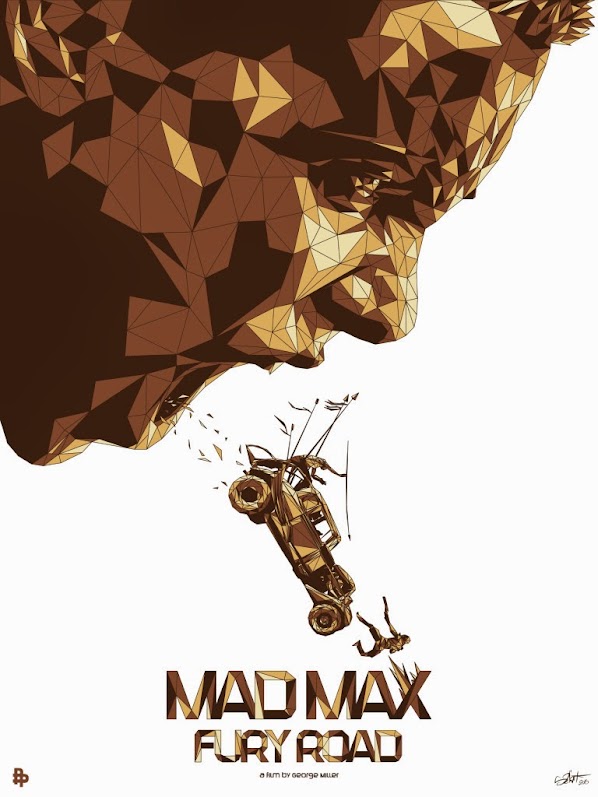 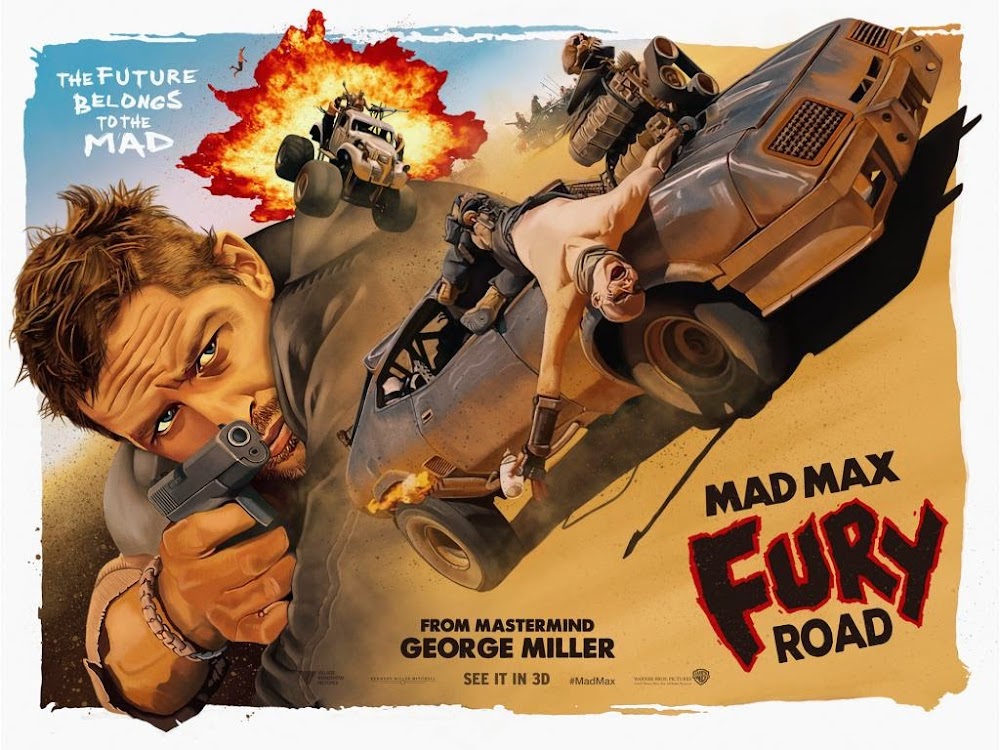 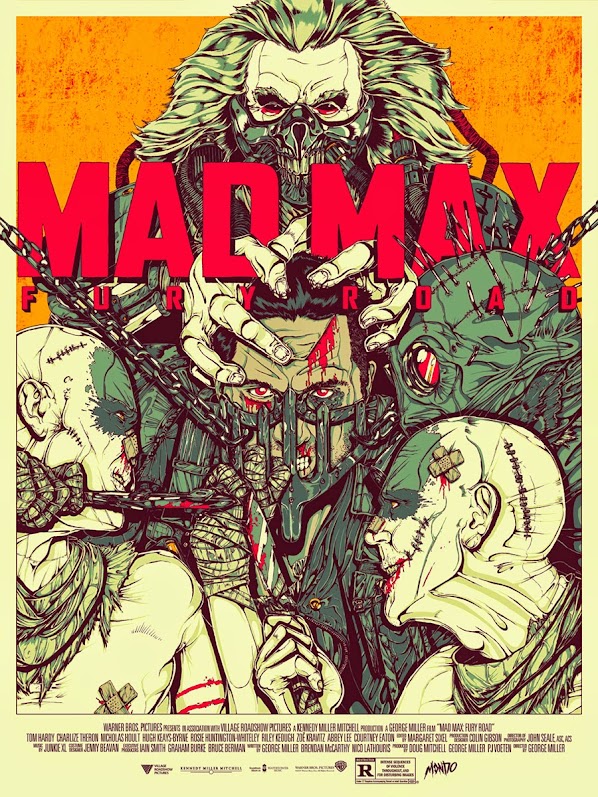 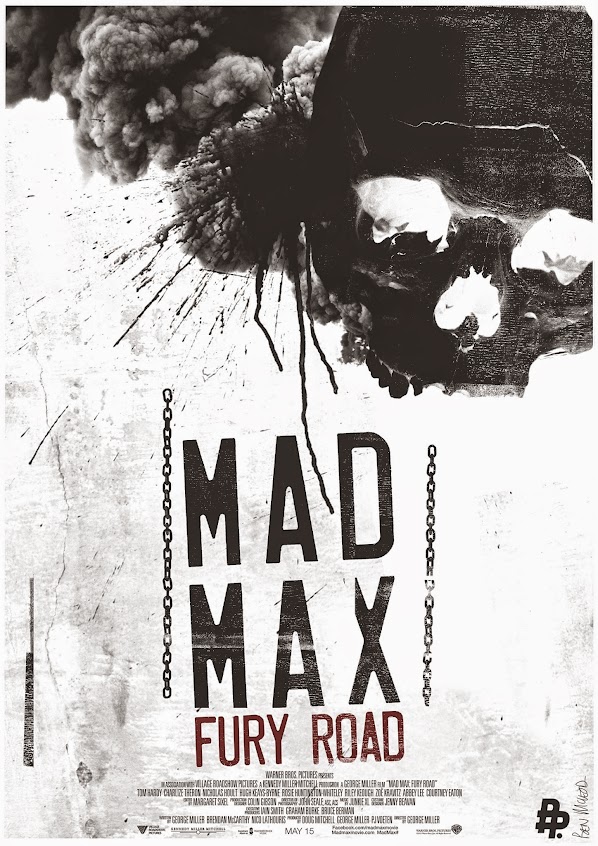 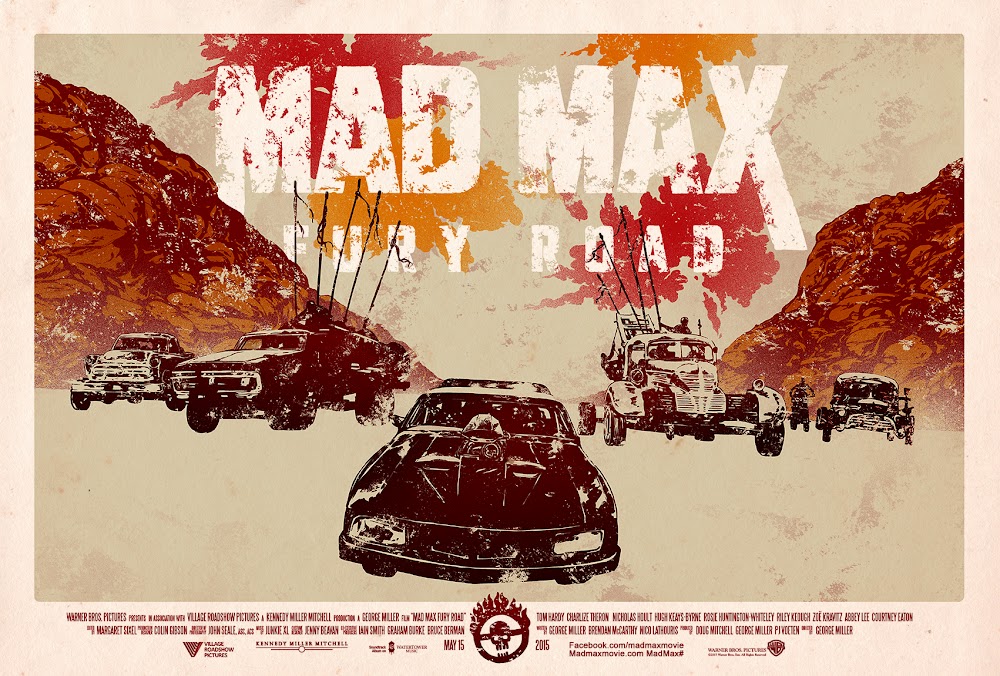 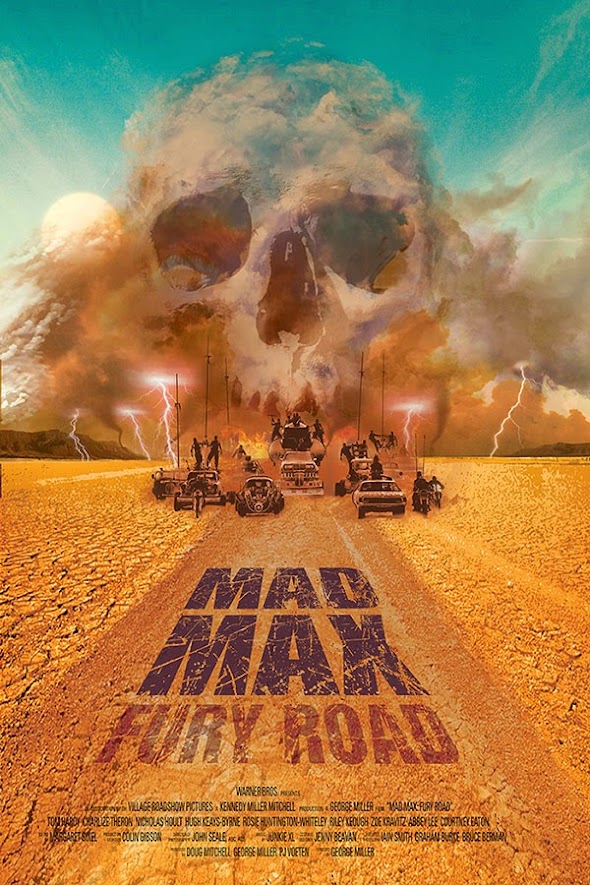 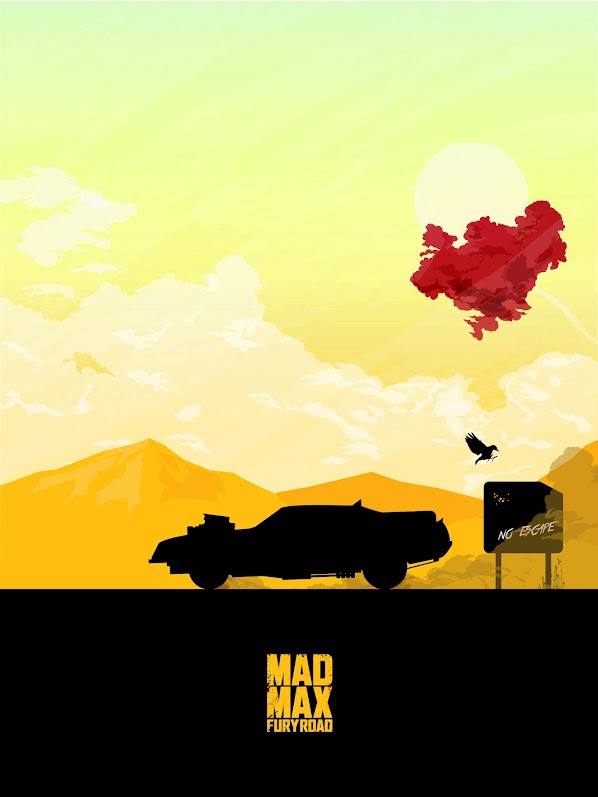 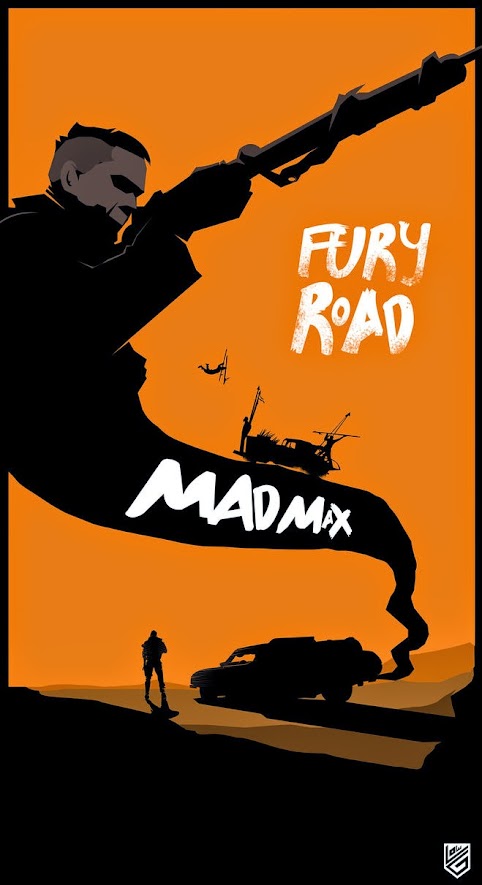