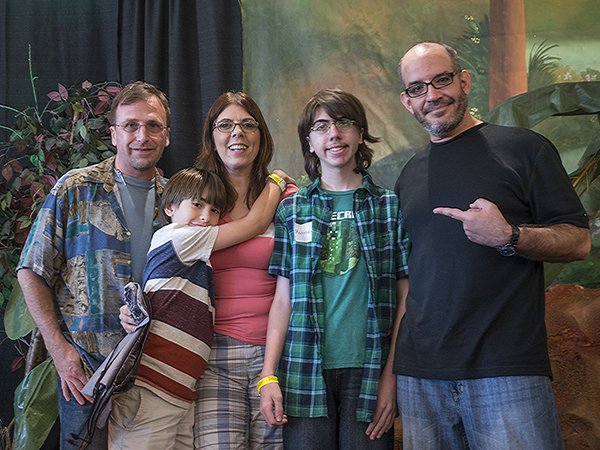 This past week, I was contracted by the good folks over at Nicklaus Children’s Hospital (formerly Miami Children’s Hospital) to record some footage at a patient and family epilepsy surgery reunion at Jungle Island celebrating the 30th anniversary of the Epilepsy Program at the hospital.

Over the years, the program has received patients from nearly 30 countries and 25 U.S. states seeking the latest epilepsy care and treatments for children and infants. The Comprehensive Epilepsy Center at Nicklaus Children’s Hospital is designated a National Association of Epilepsy Centers Level IV Center (which means the hospital provides the more complex forms of intensive neurodiagnostics monitoring, as well as more extensive medical, neuropsychological, and psychosocial treatment). Moreover, The Nicklaus Children’s Brain Institute is ranked 8th in the nation by U.S. News & World Report for pediatric neurology and neurosurgery. No other program in the Southeast ranks higher.

Upon arrival at the event, I thought back to one of the very first videos I produced for the hospital back in 2009. The story of a young boy named Matthew who suffered from debilitating seizures. After years of being misdiagnosed, his parents brought him to Miami Children’s Hospital (as it was called back then) where he was properly diagnosed and underwent successful brain surgery. At the time I shot the video, Matthew had been doing well and getting back to the event, I wondered if he and his family were in attendance.

As I was looking over the crowd, I felt a tap on my shoulder and was surprised to turn and see Rob, Matthew’s father (I didn’t remember his name but I was like, “I know you – you’re Matthew’s dad, right?!”). It turns out that Matthew was in attendance with his family and continues to do well. It was great to see them again after so many years. Here’s a photograph of us at the event (Matthew on my right)…

Now, for those of you who are unaware, November is National Epilepsy Awareness Month. Epilepsy is a disorder of the brain that causes seizures. These seizures are not caused by a temporary underlying medical condition such as a high fever. Some seizures can look like staring spells while other seizures can cause a person to collapse, shake, and become unaware of what’s going on around them. Over 700,000 children aged 0-17 years have had a diagnosis of epilepsy or seizure disorder.

Seeing Matthew and his family again brought me back to when I was just starting out in my business. It also reminded me how fortunate I was (still am) to have gotten my first big career break when I was asked to produce a video for Miami Children’s Hospital Foundation back in 2007. If you’re interested, you can read the story below. If you’ve just about had enough of me and are interested in helping children like Matthew continue to receive the high level of care provided by Nicklaus Children’s Hospital, then visit www.mchf.org/donate.

Still with me? Here’s my story…

I started my video production business back in 2006 after a 10 year sales career. At the time, I was pretty confident that in less than a year I’d be making close to the same money I was making as a Director of Sales. I mean, I had the skills (everybody told me so) and I had the network (I was an active member in numerous business organizations) so there was no way my one-time “hobby” wasn’t gonna quickly translate into a successful and well-paying business, right?

Without much of a portfolio, I struggled to secure much more than a few low-paying wedding video gigs. Working for “exposure” (in other words, for free) became the norm (lots of non-profit organizations) as I tried to boost up my portfolio to where I would have something decent to show any company interested in hiring me to produce their corporate video. It was taking too long and I was starting to think I’d never be able to make much of a living with my new business. What I needed was a break – and I finally got one.

Through a friend in an event planning business (who I had done a free short video for), I found myself being called upon to produce a video for the Miami Children’s Hospital Foundation for their inaugural ‘Diamond Ball’ (a $1000 per plate fundraiser to benefit Miami Children’s Hospital – now Nicklaus Children’s Hospital). This was 2007. The project was by far the most ambitious video I’d ever produced and the money they were going to pay me was the biggest payday by far for my one-man business. I was up for the challenge but the question was if I could actually pull it off.

Long story short, after the folks at the Foundation viewed the video (I shot and edited it), they were so pleased that they wanted nothing changed. That day was a huge turning point for me – I realized then that I did have what it took to succeed in this business. I didn’t see myself as just a small-timer anymore. That change in perception helped get me to the next level in my new career – it was big.

Over the next year I continued to get called by the Foundation for video jobs until one day I got a call from the marketing/PR director of the hospital itself (the Foundation raises funds for the hospital and despite working together, they are somewhat separate entities). The folks at the hospital wanted to tell the story of Matthew, a young boy who suffered from epileptic seizures and had undergone successful surgery on his brain at Miami Children’s Hospital. They wanted me to drive up to Orlando to interview the family, interview Dr. Michael Duchowny (Director of the Epilepsy Program at the hospital) and Dr. Sanjiv Bhatia, the pediatric surgeon who performed Matthew’s surgery.

Oh, and they wanted me to get some b-roll of Dr. Bhatia performing brain surgery. Yeah, that too.

It was one of the first documentary-style video projects I had ever been asked to do and one of the more ambitious projects I had ever been asked to produce. And yeah, I pulled it off (and no, I didn’t pass out while filming the brain surgery). And pulling it off meant that the video got the thumbs-up from a tough customer, Marcia Diaz de Villegas, Director of Marketing & PR at the hospital. Marcia, you see, is all about excellence and when she reviews a video, she takes out a fine-toothed comb. From an object in the background that’s out of place to whether we have media releases for everyone in the video – she doesn’t miss a thing.

Over the years, I’ve come to affectionately call her “La Jefa” and the opportunity she gave me 6 years ago started a relationship with the hospital that continues to this day. Moreover, her keen eye has made me better at what I do – more perceptive of who and what is in my shot. I thank her for that. That she was also in attendance at the 30th anniversary of the Epilepsy Program and that I was able to personally thank her for that opportunity in front of Matthew and his family made the day even more special. Here’s the proof…

Now, I would be remiss if I didn’t also mention Jamie Holt, who worked in the Marketing Department at the Miami Children’s Hospital Foundation when I first got my chance to produce that very first video for them. She kept me on after that first job and hired me to produce videos for the second Diamond Ball – an even bigger gig. She no longer works for the Foundation but she led me to Marcia and the hospital. She was an angel in my life (and the lives of my family) and without her, I wouldn’t be where I am today.

Also, I would like to thank Lucy Morillo, CEO of what is now the Miami Children’s Health Foundation. She was the incoming CEO of the Foundation the year I produced that very first video back in 2007. Since then, I’ve seen her thrive as CEO of the Foundation and her tenacity is only matched by her beauty. Over the years, she has been one of my biggest supporters (and my Puerto Rican sister). Gracias por todo, hermana.

This great hospital has afforded me the types of opportunities that I got into this business for in the first place – to tell stories that ‘matter’. Since I started my business back in 2006, I’ve gone on to produce, direct, shoot and edit several award-winning documentary films – all of which I’m very proud of. But having been of service to Miami Children’s Hospital (yeah, I know, it’s Nicklaus Children’s Hospital now) as well as the Foundation (where it all started for me) and the many wonderful people I’ve worked with there and the many stories I’ve helped them tell – that’s what I’m most proud of.