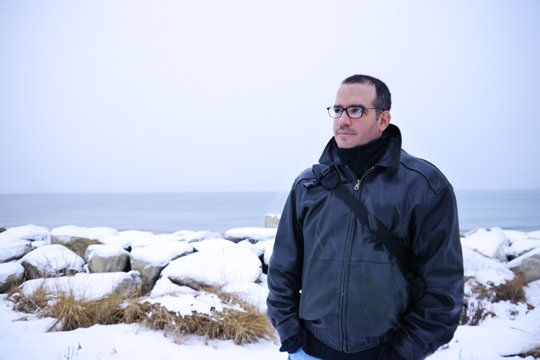 Earlier this month, I traveled to the small, sleepy city of Nome, Alaska to shoot (and co-star in!) a documentary-style feature film on UFO sightings, alien abductions, “little people”, and all things paranormal (seriously).

Located on the edge of the Bering Sea on the southwest side of the Seward Peninsula, Nome, with a population of 4,500, is probably best known as the end point of the annual Iditarod Trail Sled Dog Race. Nome is also known as a city where people disappear. From the early 1960’s to 2005, 24 people reportedly went missing, 9 of whom were never found. Rumors of a serial killer on the loose to alien abductions began to spread. In 2005, the FBI was called in to investigate. They attributed the disappearances to excessive alcohol consumption and a harsh winter climate. The recent film, The Fourth Kind (supposedly set in Nome but actually filmed in Bulgaria and Canada) which is loosely based on true events, makes the case for alien abduction as the cause for the disappearances.

Images include Downtown Nome, the White Alice Communication System on Anvil Mountain, Cemetery Hill, and the breathtaking coast of the Bering Sea. Enjoy the sights…

Click HERE for my “Images” video on Galicia, Spain.

Loved this. Very powerful film that conveys so much about Nome, Alaska. I felt as if I was there (without the cold). Thanks for sharing your art with us!