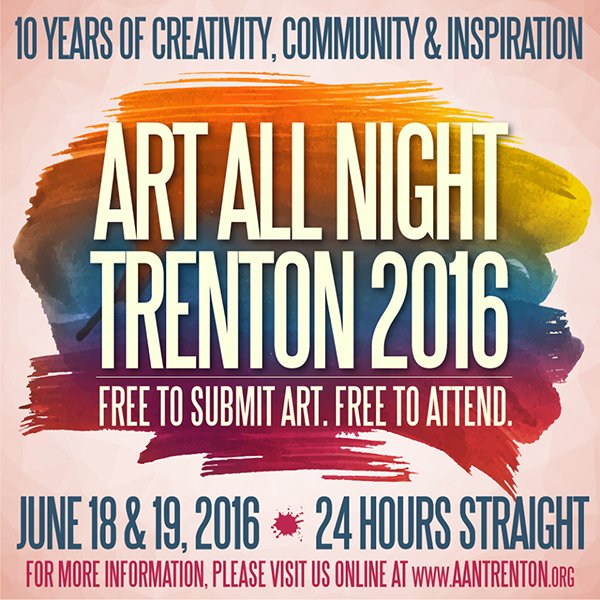 Happy to announce that my short documentary film, The Candle has been named an official selection of the Art All Night-Trenton International Film Festival in Trenton, New Jersey. The film will screen on Saturday, June 18th at approximately 4:30pm (films kick off at 3:30pm so get there early and check out the full lineup of films).

Now moving into it’s tenth year, Art All Night – Trenton is a 24-hour (literally) art and entertainment event in Trenton, NJ. AAN encourages any artist of any age, medium or skill level to submit one piece of art of their own creation for display in a gallery-like setting. It is free to submit art and free to attend. At Art All Night-Trenton 2015 over 1,200 artists of all ages, skill levels and mediums submitted work and more than 25,000 people attended.

Art All Night-Trenton is a catalyst for community development, shining a spotlight on the region’s artistic talent. The show includes and attracts artists of all ages and skill levels and particularly encourages children and amateur artists to be actively involved by contributing artwork and engaging in on site activities.

Now in it’s fourth year, the Art All Night International Film Festival puts a spotlight on 150+ international selections including film shorts, music videos and kid-friendly films. ‘The Candle’ features NYC street artist Marthalicia Matarrita and her two brothers Tomas & Jorge and was filmed in the summer of 2013 in a sweltering basement studio in the Bronx. The short 6-minute film tells how they overcame poverty and extreme living conditions through their passion for art…and the light of a candle.

It’s a film I’m very proud of so if you happen to be near Trenton, New Jersey, stop by and check it out – as well as the other great films (and all the art!)

Walking the Brooklyn Bridge (In Pictures)