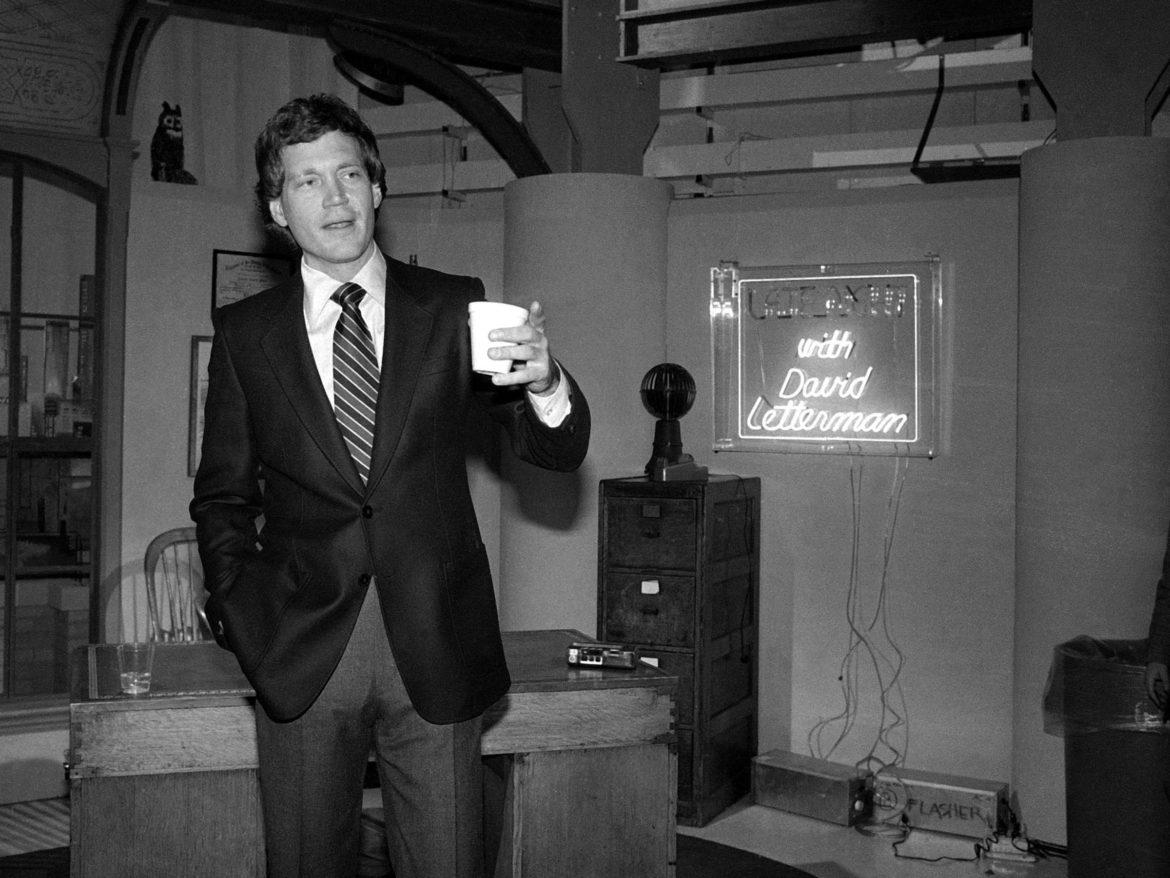 His last show was last night and in the cross town traffic jam late night TV has become, the timing was right. He’s no longer the comedic innovator he once was – the other guys work harder now than he does. They have to.

Because he raised the bar so high.

It amuses me when I hear people (mostly younger folks) tell me how much funnier Jimmy Fallon or Jimmy Kimmel is than David Letterman. The reason they have to be is because Dave already did it all – already went there. Already dared to take late night television’s hand and walk it down a path it had never ventured before. A path that was sometimes darkly comic and even absurd. To be just “very good” on late night TV doesn’t cut it any more. And you can thank David Letterman for that.

I grew up a fan of Johnny Carson but Carson was the cool guy you knew you could never hang out with. He was the guy you wished you could be for just one weekend. Letterman was quite the opposite of his hero in that he wasn’t very cool at all. You never wanted to be like Dave. He was the guy you knew if you invited him to your house for dinner would say something outrageous and embarrass the whole table but he’d still have everybody laughing in spite of themselves.

I watched Letterman’s very first show on NBC and have been watching ever since. Over the years, it wasn’t really his monologues, Top 10 Lists (many of them brilliant) or his sometimes abrasive interview style that really won me over. It’s the segment when he first gets to his desk (after first commercial) and begins to speak about something that he observed or that happened to him or whatever. That segment where it’s just me (us) and Dave. What he did in those few minutes is where he distanced himself from his competition by about a universe.

There was an honesty in his self-deprecating style; it came off as genuine and made me (us) feel comfortable with him, watching him. He was that wacky but wise older brother just sharing a funny story or keen observation with us. He became our “friend” in a way Carson wasn’t. Carson wasn’t of this earth the way Letterman was. His ability to poke fun at himself, his guests, and embrace the limitations of who he was influenced me as a young teenager growing into manhood. Letterman, along with my other “virtual mentors” Howard Stern (who I used to listen to after school on my clock radio when he was on NBC) and to a degree, Dennis Miller (nobody used the “f-word” better than he), shaped the personality I presently carry around (so you know pretty much what to expect if you ever meet me for the first time).

For those of you who didn’t grow into adulthood watching Letterman, know this – that guy you think is funnier than Letterman owes his career to him and every great comedy bit they come up with that you just can’t wait to share on facebook the next day because it made you do the LMAO thing – you can thank David Letterman for that too.

Because he raised the bar so high.

He will be missed and the likes of him will not be seen again. Glad that I was aboard for the ride…