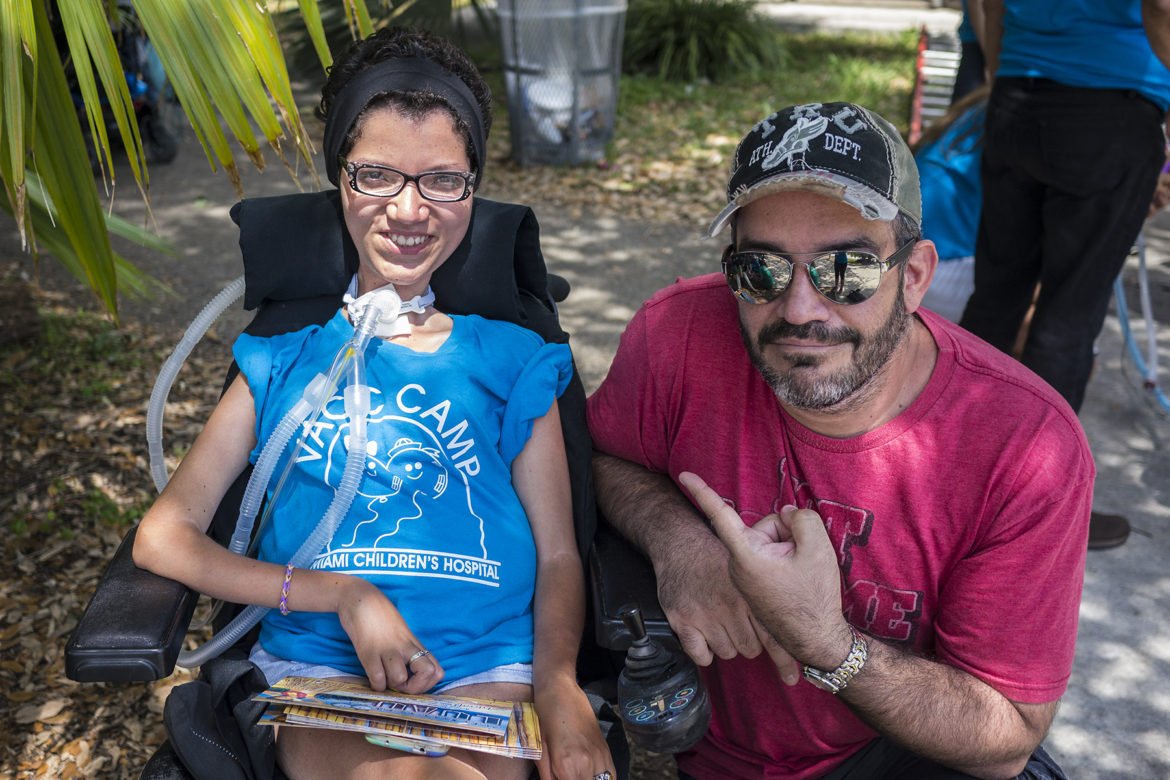 This week’s post is a guest post. Well, it’s not really a guest post but it wasn’t written by me (thankfully, yes?). It was written by Maylan Chavez, a special young lady I’ve had the great pleasure of getting to know over the past year. She dreams of attending John Hopkins University upon graduating High School here in Miami and becoming a psychiatrist to help people overcome their problems. She then wants to become a marine biologist and live by the ocean. Oh, and she also needs to be connected to a ventilator 24 hours a day to live.

I met her at the V.A.C.C. Camp, a free week-long overnight camp for ventilation assisted children hosted every year by Miami Children’s Hospital. The 25th anniversary of the camp is the subject of my latest documentary film, which had its “world premiere” yesterday at the Fort Lauderdale International Film Festival. Many campers and volunteers attended the screening, Maylan as well. It was a very special afternoon.

After arriving home, I checked my facebook stream and saw that Maylan had posted the the following observation on her wall:

> I know I have mentioned this camp many times before, but the essence of the matter — I think — you cannot fully understand until you experience it. But what I can tell you is that this camp does something for humanity, it reaches out and brings together unique people that perhaps society cannot readily accept into its norms. And what I mean is, this one simple week breaks down the boundaries and proves to everyone that it is unnecessary to keep living in this fear of others because of how different they appear to be. We already live in such a judgemental world, however, this camp never fails to remind me that people ARE capable of seeing a person on the inside despite their physical being. And THAT my friends, is what’s most important at the end of the day because appearances don’t mean a dang thing. My only wish is for all people to learn acceptance in the way camp does, maybe then we can see peace. <

We’re all guilty of judging others. Sometimes we’re not even aware we’re doing it. By their appearance, the color of their skin, their sexual preferences, the political parties they serve, by their disabilities, by the fact that they’re confined to a wheelchair and have a tracheostomy ventilator going through the front of their neck to help them breathe. Lots of reasons. But if I learned anything during my documenting of the V.A.C.C. Camp is that there is usually so much more to a person than what is seen through the eyes alone.

Thanks for telling this story Dan such a powerful reminder.

I love your posts Dan, and this is no exception. While I in no way face the struggles of the amazing people you have the honor of meeting at these camps, I’m no stranger to stigma and disability. I’ve come to realize that those who are often regarded as “different” in some way–physically, mentally, socially–are usually the most connected, empathetic, compassionate people. Perhaps there’s something about struggle that brings about strength and solidarity, not to mention tolerance and talent.

She sounds amazing–they all do–and again, I thank you for not only the chance to read about them, but also for the perspective.

Abby, after spending a week documenting the VACC Camp, my perspective on life has certainly changed – especially how I see other people. We can learn so much from people who face challenges we could barely imagine. Hopefully, more people will come to realize this and appreciate those things they have.
Always nice to see you here 🙂

Does Maylan have a blog?

I should get a blog, actually. Brilliant idea.

I’m gonna try and talk her into one 🙂