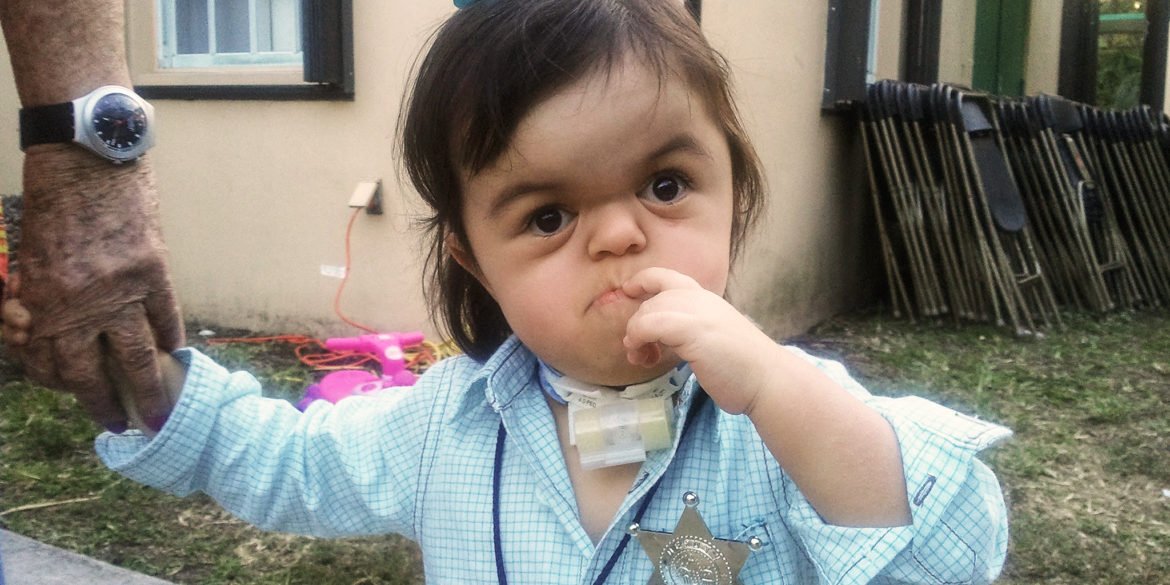 This past Spring, I was commissioned by Miami Children’s Hospital to document a unique camp for ventilation assisted children (children needing a tracheostomy ventilator, C-PAP, BiPAP, or oxygen to support breathing) called VACC Camp. The camp, now in its 25th year, gives these special needs children and their families the opportunity to socialize with peers and enjoy activities not readily accessible to technology dependent children. The camp is also a life-changer for the many young volunteers who give up their Spring Break to be of service to these unique children. Upon completing my week of filming the camp, I wrote a blog post about the camp which you can read HERE.

A few months ago, I received a phone call from Bela Florentin, the VACC Camp Coordinator. She told me that Mercedes Benz was donating $25,000 to five different charities as part of their “Community Stars” program on facebook. To qualify for the award, applicants had to submit a 60 second video outlining the mission of the organization and why they should win the $25,000. Bela asked if it was possible to submit a video to give the camp a chance to win. Well, I was still going through the 28 hours of footage I shot at the camp and the deadline for submission was a week away but I promised her I’d come up with something. God help me.

I ended up completing the video and uploading it to the Community Stars site just hours before the deadline. A few weeks later, I received notification that our video was one of the fifteen chosen to compete for the five $25,000 prizes. My initial happiness for the camp being chosen as a finalist was soon dampened by the realization that the winners of the $25,000 would be the five finalists that received the most online votes. Ah, how I hate popularity contests; especially those that take place over the social networks. To vote, you had to “like” the Mercedes Benz Community Stars page on facebook which allowed you to then watch the 60 second videos and vote for one of the 15 finalists. And you could vote every 24 hours for your charity of choice. Great. Friggin’ great. 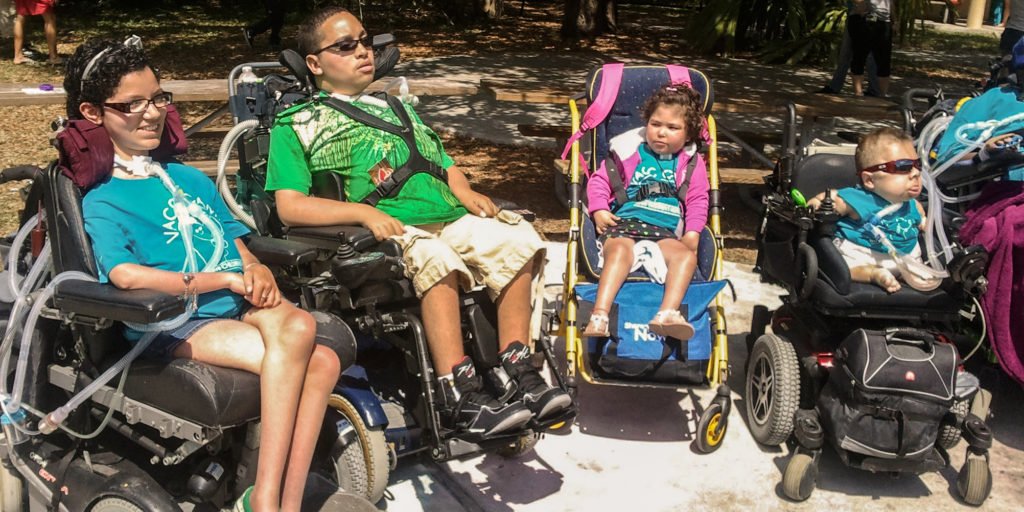 Now, I hate asking for favors. Hate it. But here was the problem: VACC Camp had a very weak presence on facebook (zero on twitter) and I feared they would not be able to generate the constant votes needed to win. So I looked at my own social network (my “community”, if you will) and decided I was gonna do everything I could to get people to vote every 24 hours. What that meant was bombarding my stream with awareness for the camp and instructions on how to vote for them. I started by writing another post and sharing it in every twitter chat I participated in, the facebook groups I was a member of, as well as scheduling daily posts on my facebook page and every four hours on my twitter stream (you got a problem with that?).

Despite my annoying daily reminders, I started to receive the type of support I had hoped for. People were sharing the post on their twitter streams, on their facebook pages, on twitter chats. My network was abuzz with awareness for VACC Camp. I started to think, “Maybe there really is more to this social media thing than redundant blog posts about SEO, lame inspirational quotes, and insipid observations on the death of marketing and public relations as we presently know them.” Hmmm.

On October 24th, I received an email declaring VACC Camp as one of the five winners of $25,000. I couldn’t have been happier. I was happy for the camp, I was proud of my efforts, and I found myself unreservedly grateful to all the people who were truly responsible for the camp being named a winner, my online “community”. To my beloved Punks, who told me to “F*ck off” only after voting and sharing with their own networks daily. To the twitter tribe of #usguys who were able to look beyond me and my snarky comments and realize that in less than 30 seconds they could help children who were only able to breathe with the aid of a ventilator. To people like @shonali who tweeted my post daily on her twitter stream and @MargieClayman who featured me in her #TweetDiner twitter chat (despite calling me a “meany head” on numerous occasions).

To everyone who voted, shared and shared again, I want to say “thank you” from the bottom of my cold, dark heart. You truly touched me…

Get to know VACC Camp with this short video and look for a full-length documentary film due out in early 2012:

Social Media = Social Good. I love the GOOD we can do via SM! We were able to raise over $500 for OUR troops this past week, in honor of Veteran’s Day on #DadChat. No feeling could be better!

Thanks, Dan. I’m proud of you on many levels.

Your support was greatly appreciated – thanks, again 🙂

Well, we’re going to have to participate in more of these events to support the causes you love to warm up that cold, dark heart of yours! So thrilled everyone as a collective could pitch in so easily!

It really was a collective effort. My heart has certainly warmed up…a bit 🙂

CONGRATULATIONS, Dan; that’s fantastic!  What a great story. Thank you for sharing it.

Thanks for helping support the cause 🙂

Dan, aloha. Somehow when I clicked back to Triberr to tweet, I deleted this post from the stream.  Not to worry because I tweeted it from here.  So, while it may not show in the stats, I did tweet this fatantstic story.

I’m SO glad you won! And it was absolutely my pleasure to help.

The thing I find with social is that you get what you put in. And you also get what you’re looking for. If you’re looking for vapid posts on the death of PR – and heaven knows there are more than enough of those to go around – you’ll find ’em. If you look for people doing interesting things, out of your comfort zone, you’ll find ’em. And if you put in effort into helping people out – as you do, Dan – then they help you out.

Life certainly imitates social media. Thank you for your support in getting the word out – it was much appreciated.
PS – You’re certainly not guilty of vapid PR posts. Just saying 🙂

It’s not annoying or redundant when I know and trust the person on the other side, even if it’s the exact same reminder each day. You took the time to form an online bond with me when there wasn’t anything you could really get out of it. That’s one of the top things that makes me want to return the favor – people who really see the value in getting acquainted without a specific goal in mind at first.

Tinu, that’s how you network effectively in the “real world”, yes? Why should the online space be any different? Glad I didn’t annoy my beloved Punks too much.
Thanks, again for your support 🙂

Word. I don’t get why it’s taught any other way. At my workshop last week, I put on a game called I call BS to illustrated this exact phenomena. I think we’ve got to learn that when we’re “friends” online, most of the time, we’re still in the “acquainted” stage, and should conduct ourselves that way even if the relationship gets deeper.

You didn’t annoy me at all. 🙂 I appreciated the reminders actually, and looked forward to that fact that at least one person that day wouldn’t mind if I told them to eff off after doing my good deed.

Agree 100%. Real relationships take time and over the course of a lifetime, you can probably count the “real deal” relationships using just two hands.
PS – I love when the right people tell me to eff off 🙂

Hey Dan ~ Well done!  I tweeted some & voted a few but that was nothing compared to the work you put in to this great cause!  You posted on FB and I commented that I was drained emotionally from the 5 minutes of watching, I cannot imagine what putting this film together would do, not to mention those who are living with this daily.

Dan – Awesome. Awesome. Thank you for sharing the results.

We talk so much about the ills of social media – and those ills do exist – but it’s so awesome to see the other side. The online community that can activate and do good, no matter where or who you are.

Awesome work, all ’round!

Nice to see that every now and then, something other than white noise and banality can be generated via social media, yes?
Thanks, homegirl 🙂

I can see why they won, incredible work – yours and theirs. Oh those beautiful smiles.

You nor I…yet 🙂
Thank you for the support. I like seeing you here…

I saw that they had won!  Great job…

love it love it.

Back to your badass self, yes? That’s what I wanna hear 🙂

Back to your badass self, yes? That’s what I wanna hear 🙂

[…] experience at the camp and produced a short video from all my footage that helped earn the program $25,000 from the Mercedes Benz "Community Stars" program. Over the past year, I have continued shooting post-camp interviews with several of the families […]

[…] Perez wrote about his experience after the camp and also helped the camp win $25,000 via a video submission. V.A.C.C. Camp: Camp "Can-Do" will certainly change your life as […]