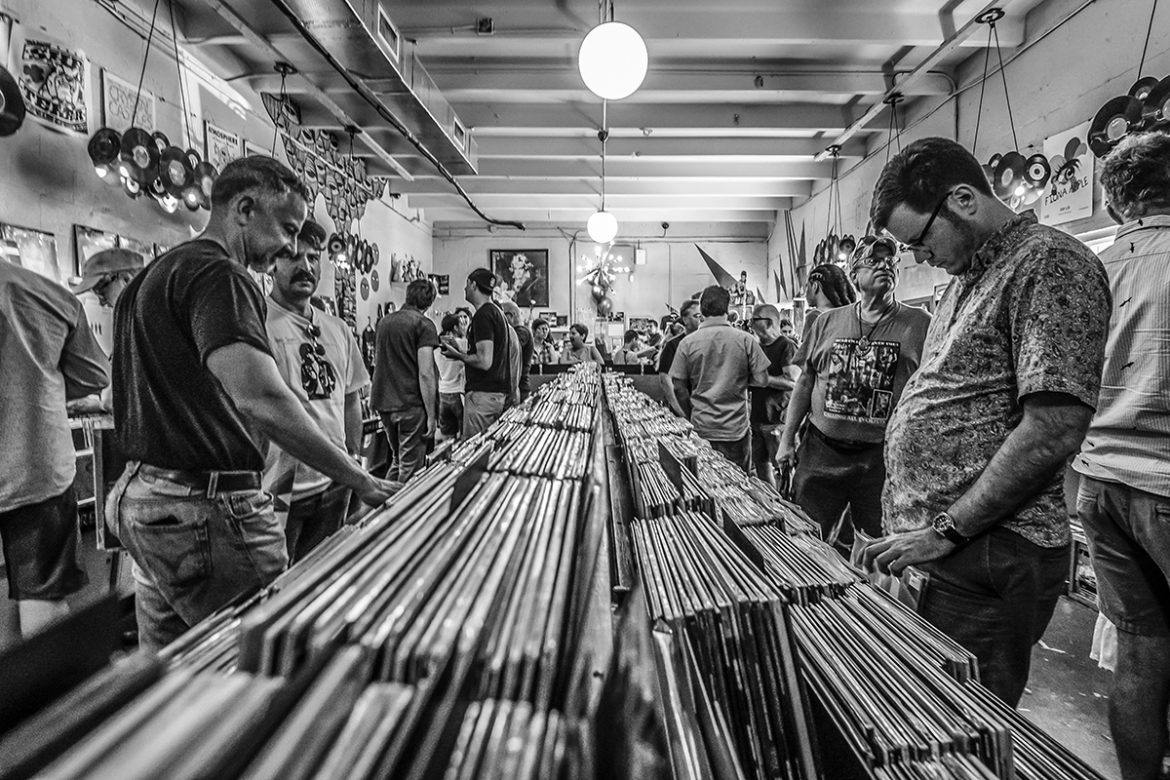 Remember what it was like to buy vinyl records? In most cases, you went out and picked up an LP based on hearing a song on the radio. There was no Spotify to check and see if all the other songs sucked or not, you bought that record and hoped for the best. For a Death/Thrash Metal Head like myself, LPs were usually purchased on word of mouth and/or the most badass album cover you found. And when you brought that record home, undressed it (lyrics, yay!!!), laid it down on your turntable and dropped that needle, you’d sit in your room, lyric sheet in hand and just listen. It was a beautiful thing, a personal thing, something you could feel in your hands. And no, those days aren’t over.

This past weekend, I took the family to Sweat Records, Miami’s unofficial headquarters for indie music. They offer a wide variety of new and used LPs, turntables, headphones, record accessories, a few CDs, and a curated selection of magazines, books, gifts, and local music. It’s become not only a music store, but a cafe and event space that hosts everything from vegan brunches to movie nights.

This weekend, they were celebrating another milestone, their new in-house record label called (what else?) Sweat Records Records. The event featured performances from two of their newest acts, goth/folk outfit Dracula and all-girl, lo-fi pop band Las Nubes at legendary local punk venue Churchill’s Pub (est. 1979) which happens to be right next door.

Now, I grew up in record stores; my first vinyl record purchase being Billy Joel’s “Glass Houses” (which me an my buddy Jose bought at Crazy Eddie’s in the Bronx and went half and half on). As a teenager, Bleecker Bob’s Records in the West Village became a weekly stop for the latest Death Metal imports and when I was 20, I worked at Tower Records on West 4th and Broadway for a year (best job I ever had). So, I thought it would be nice to bring my daughter to an actual record store (she’s a music nerd like her father) to see how people used to buy music way, way back in the days before CDs, Napster and Spotify. 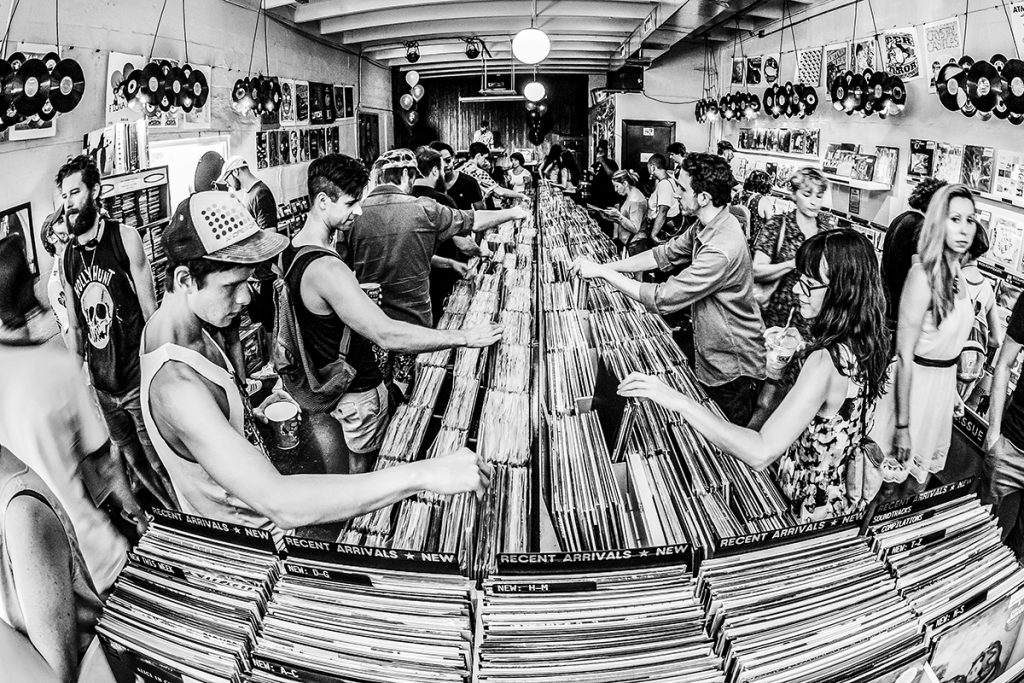 Sweat survived its first location being destroyed by Hurricane Wilma in October 2005 and moved into a small temporary warehouse space in the back of Churchill’s Pub. In 2006, Sara Yousuf left to be a full-time Public Defender and new partner Jason Jimenez came on board in 2007 to help usher in a new era and location for Sweat Records.

In late 2007 Sweat moved into their current expanded and fully-stocked storefront located at 5505 NE 2nd Ave., and in 2011 they launched the e-commerce site SweatShopMiami.com to offer the shop’s made-in-Miami merchandise to a global audience. Over the years, Sweat Records has been visited by the likes of Iggy Pop, Ian MacKaye (Fugazi/Dischord), Thurston Moore of Sonic Youth, Fred Schneider of the B-52’s, Jello Biafra (Dead Kennedys/Alternative Tentacles), Jim Jarmusch and many others.

As you all know by now, I never travel without my camera and a few good lenses so here are a few photographs I snapped during an afternoon well spent at Sweat Records… 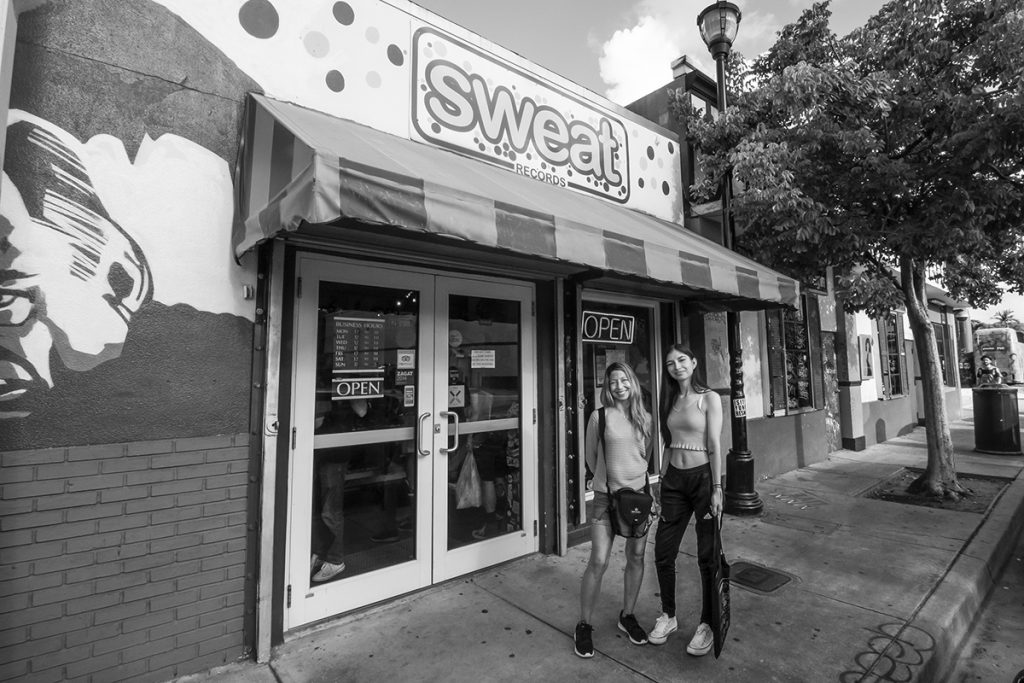 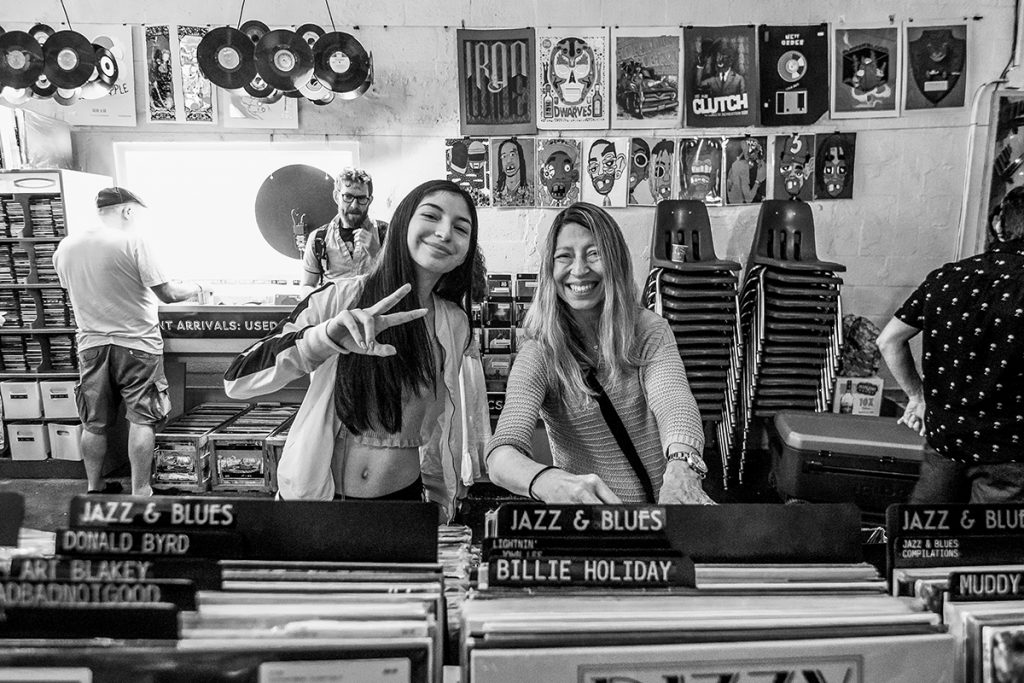 My two girls “diggin’ in the crates” 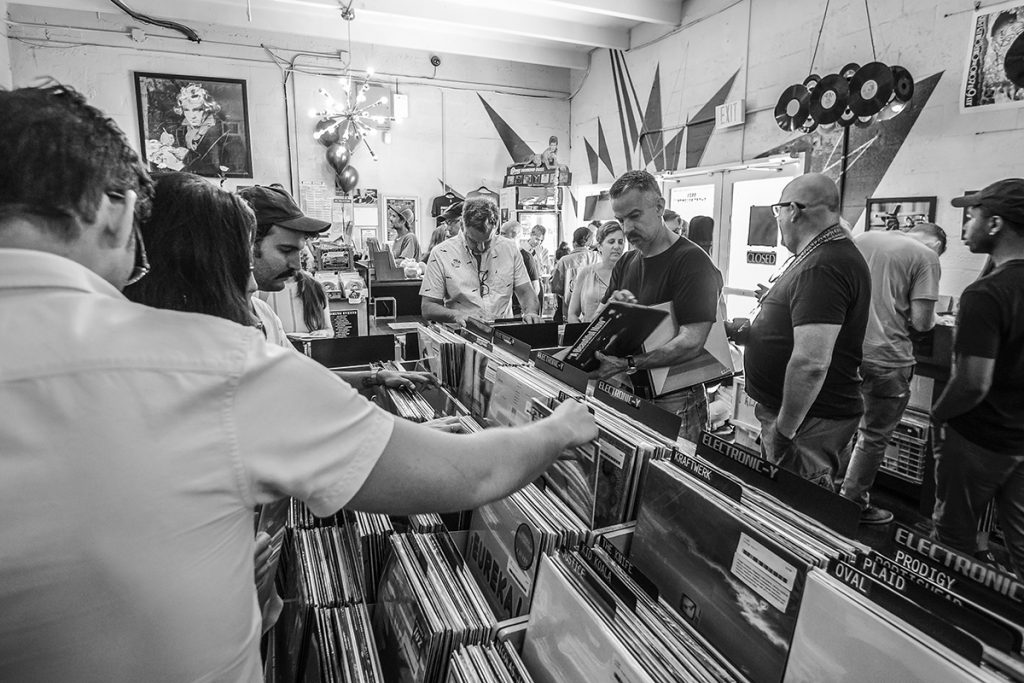 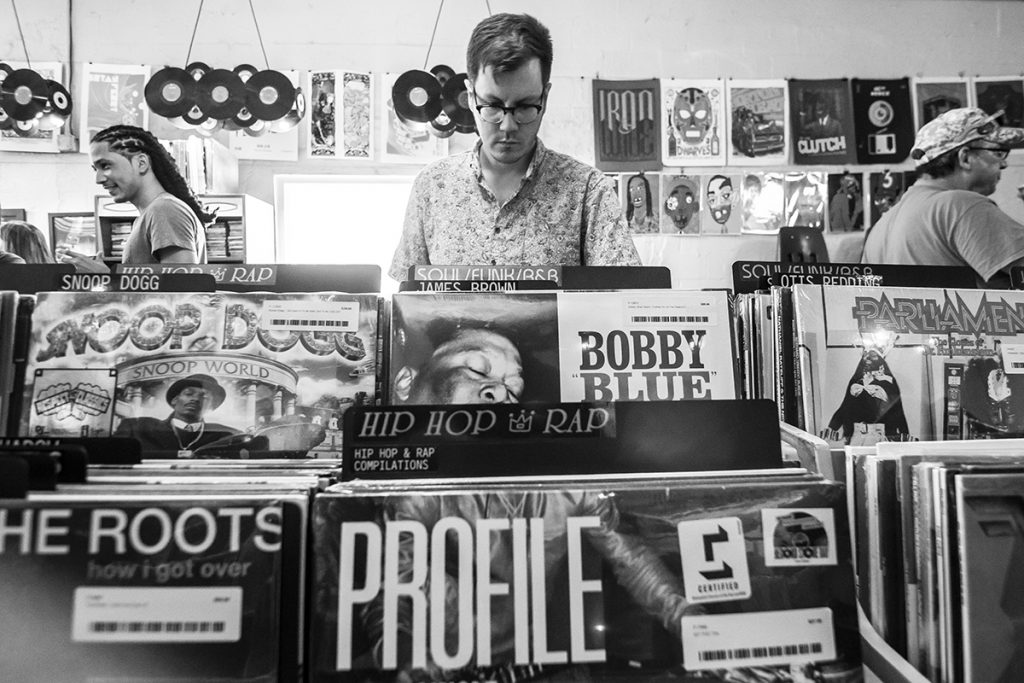 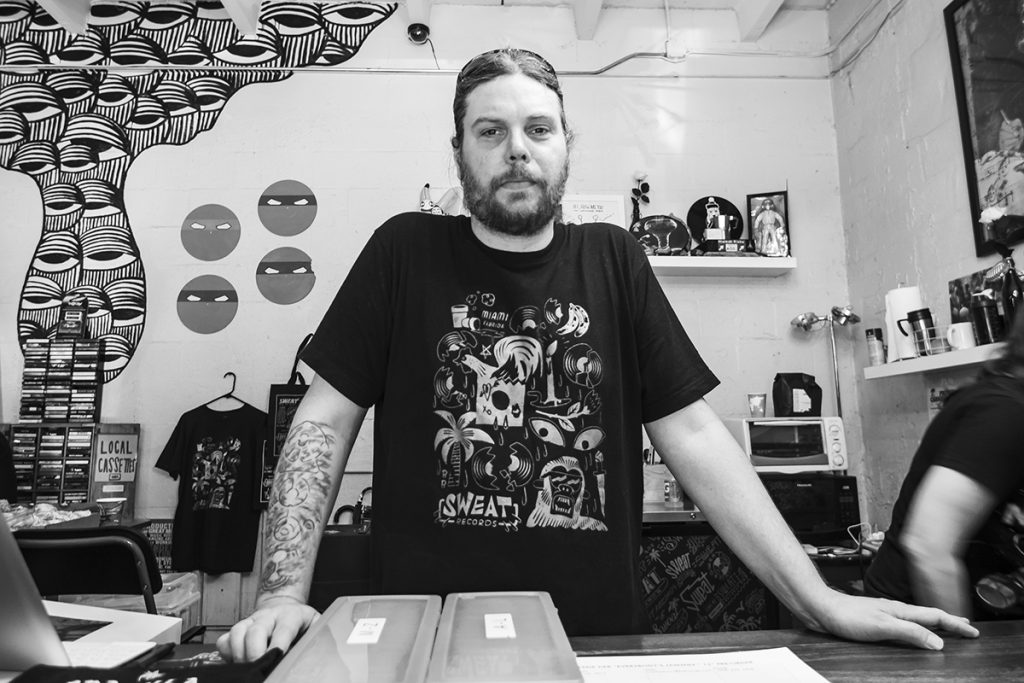 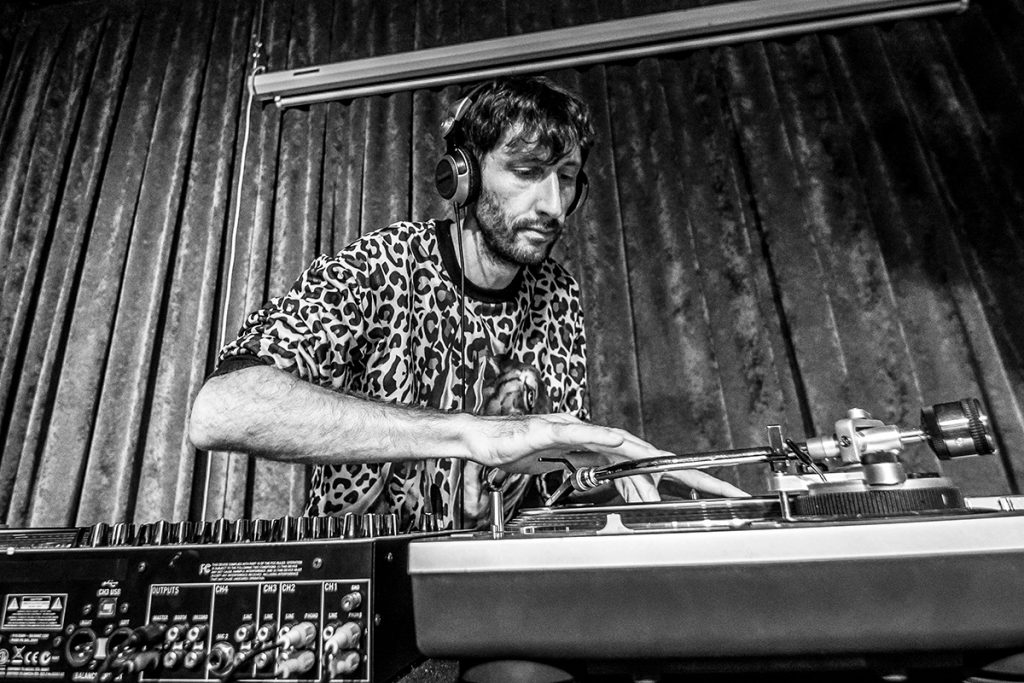 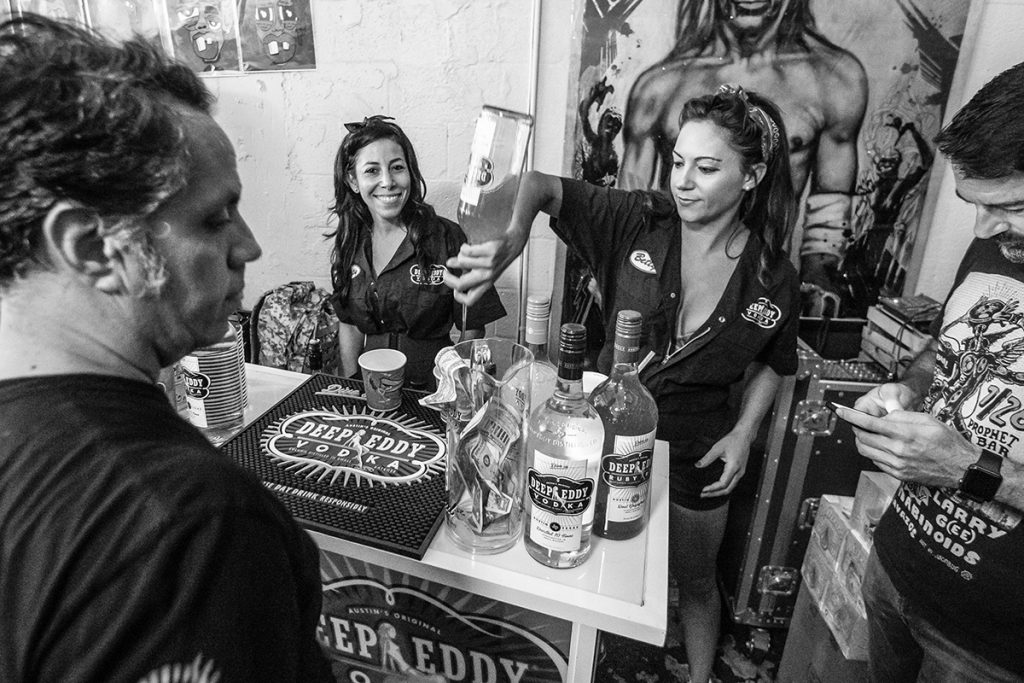 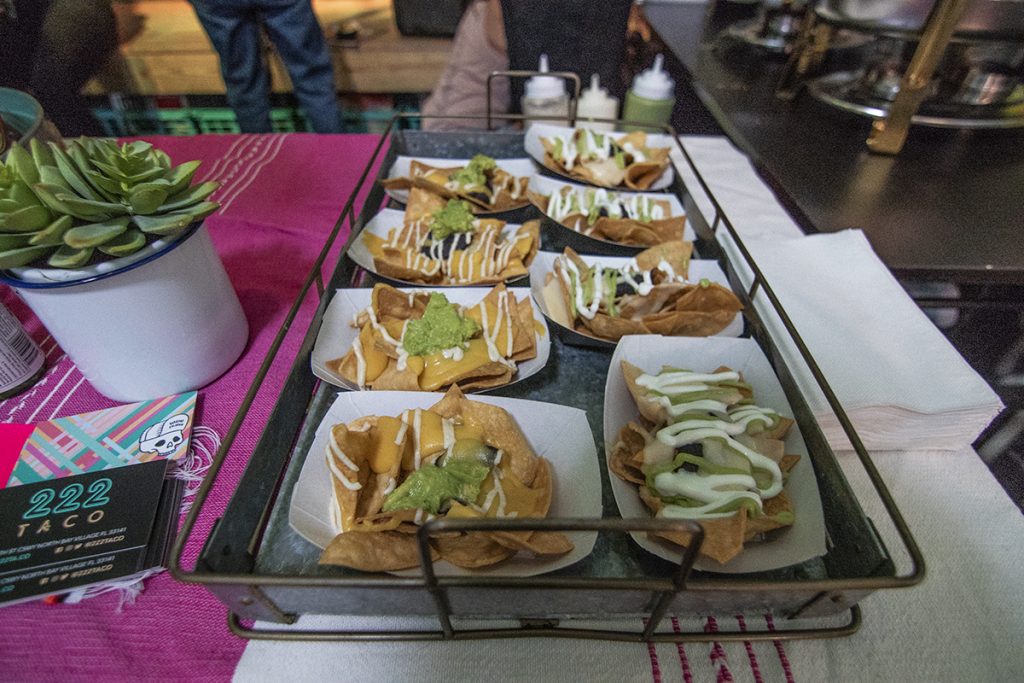 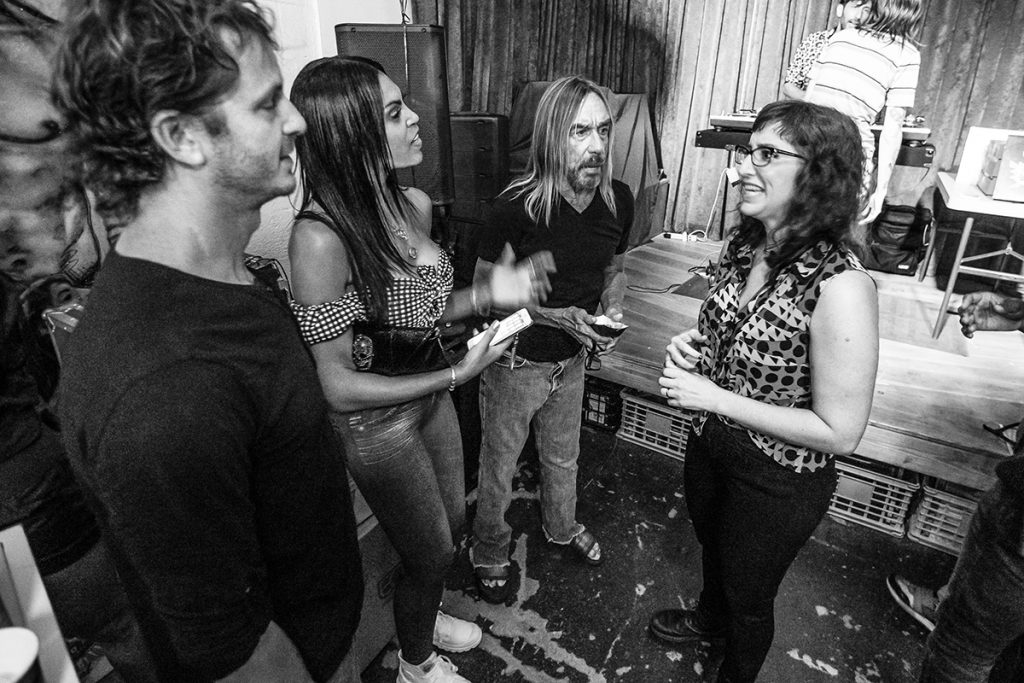 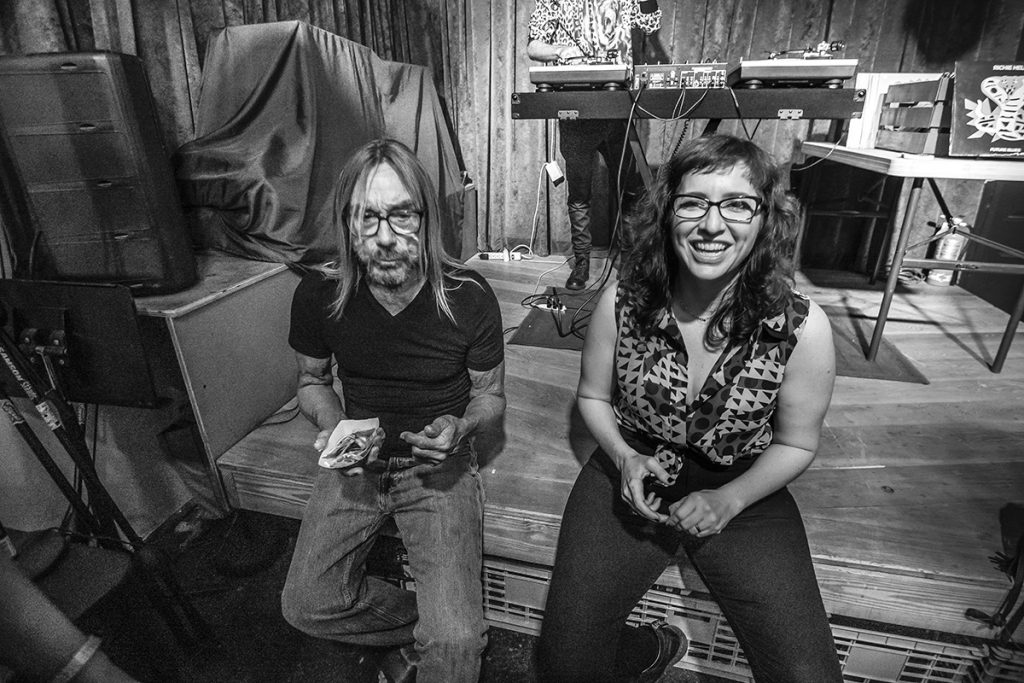 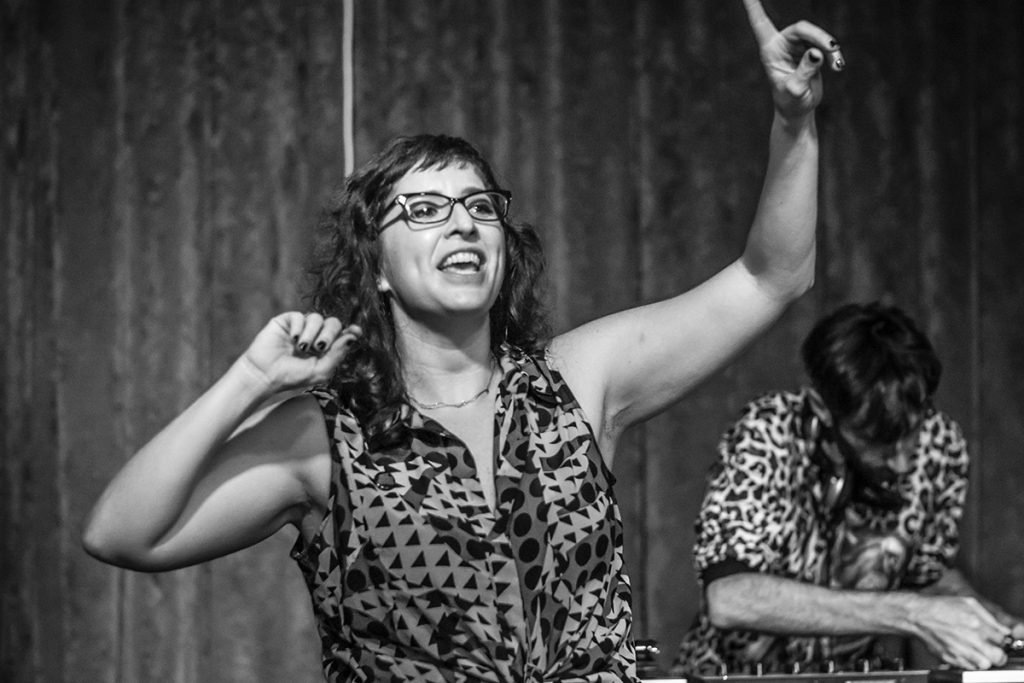 “Can I get your attention please?” Sweat Records co-founder Lauren (Lolo) Reskin asking the guest to head next door to Churchill’s Pub to check out the first band, Dracula… 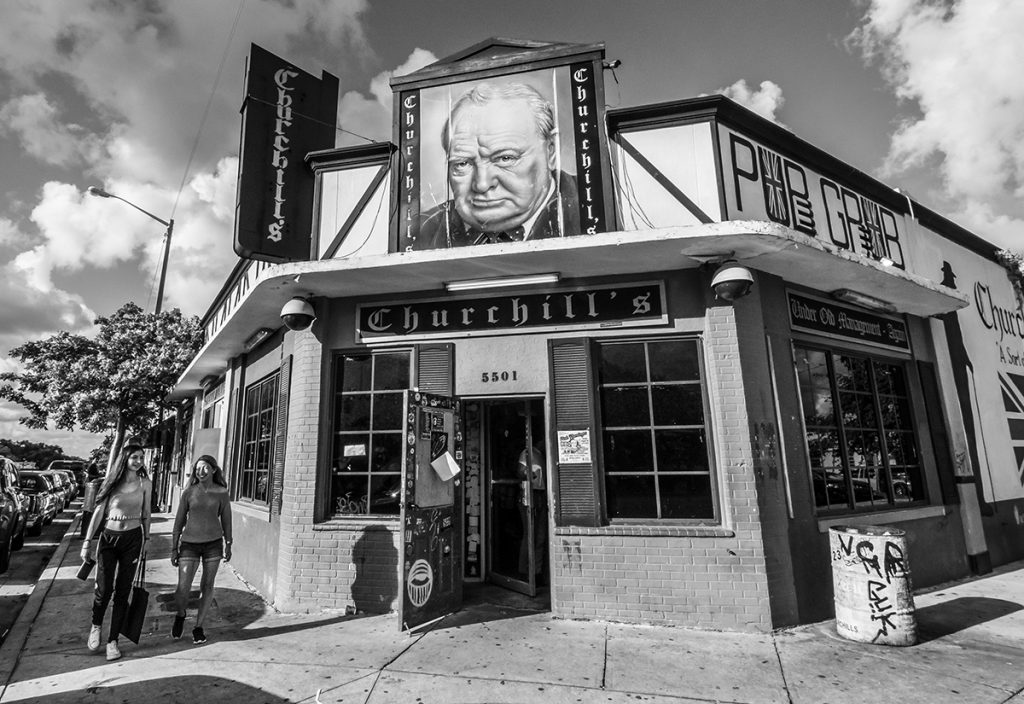 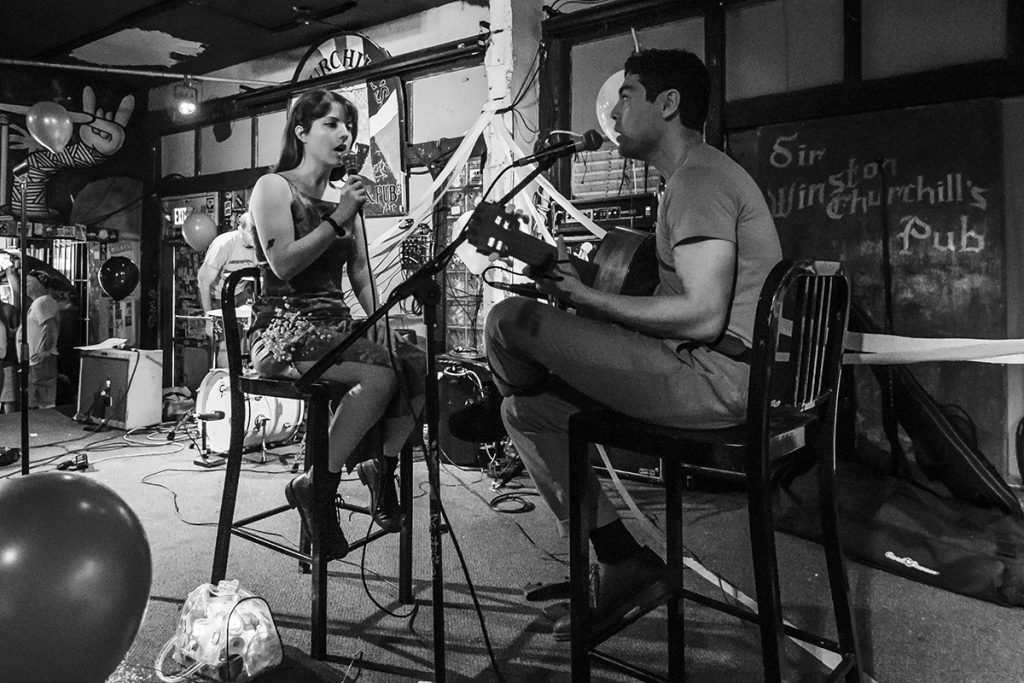 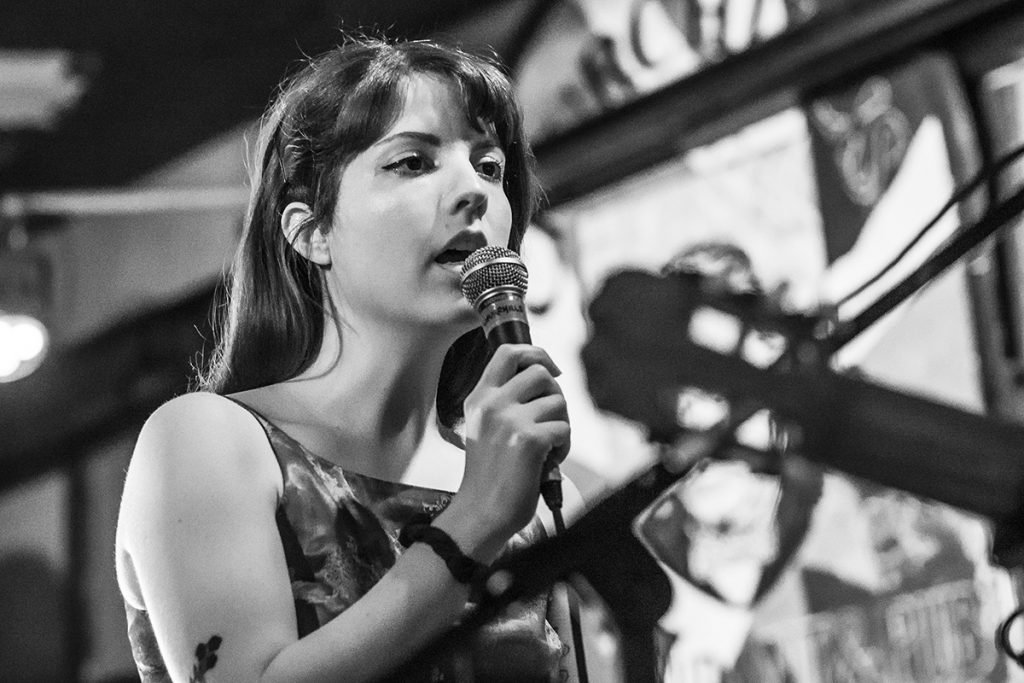 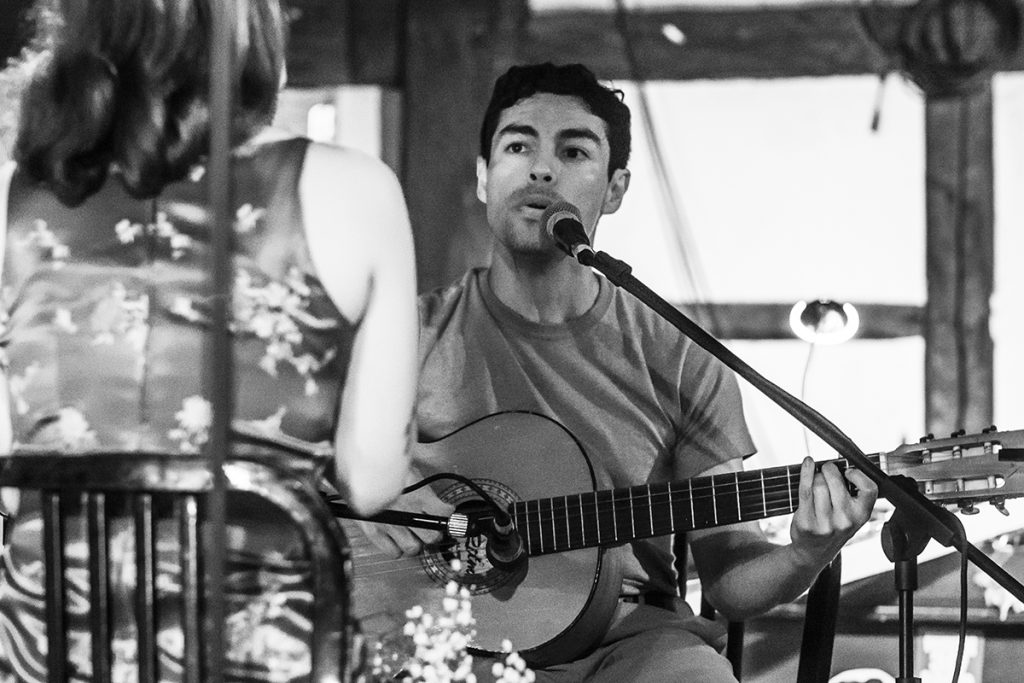 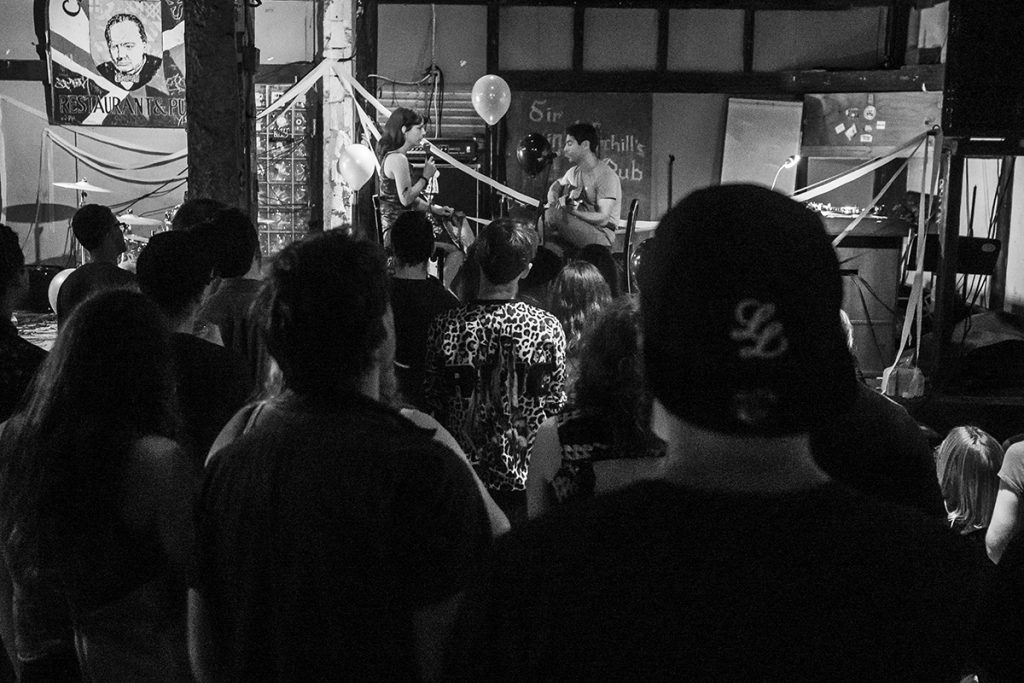 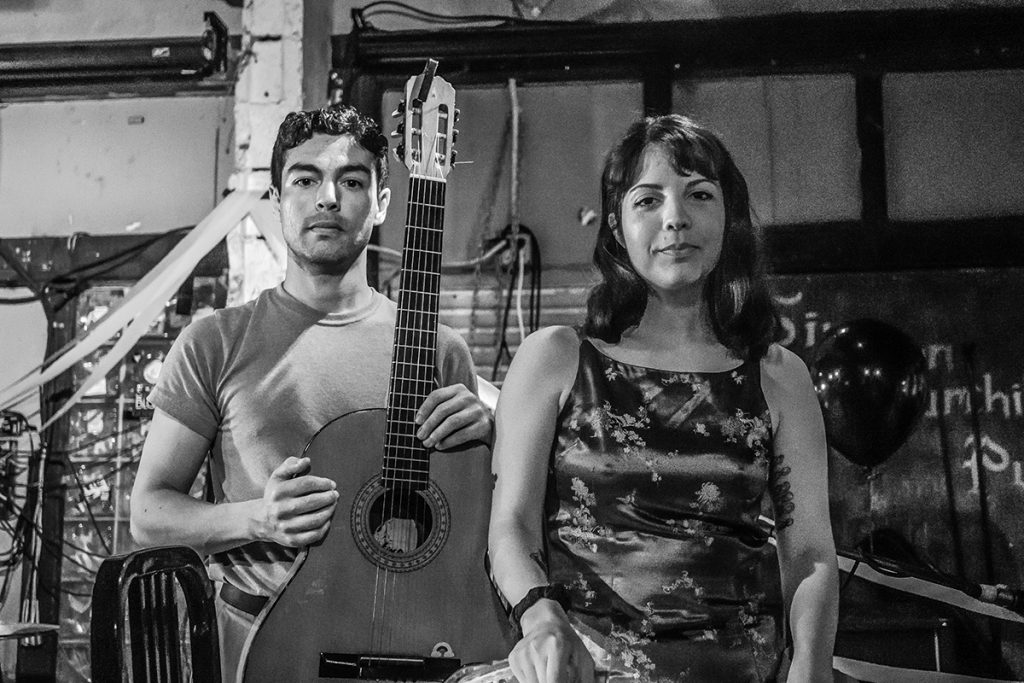 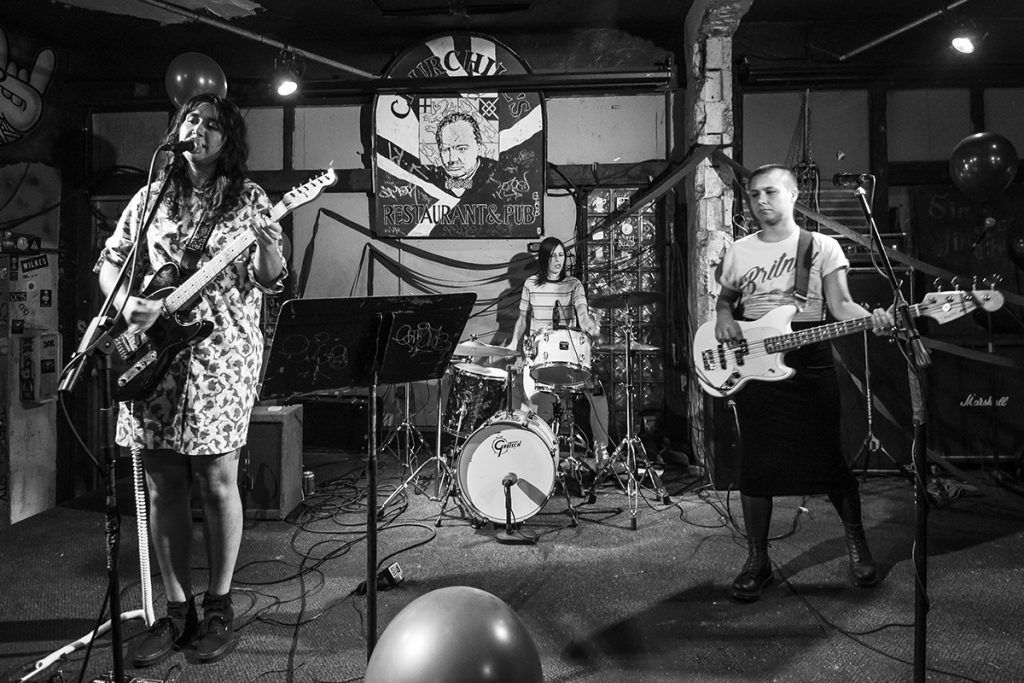 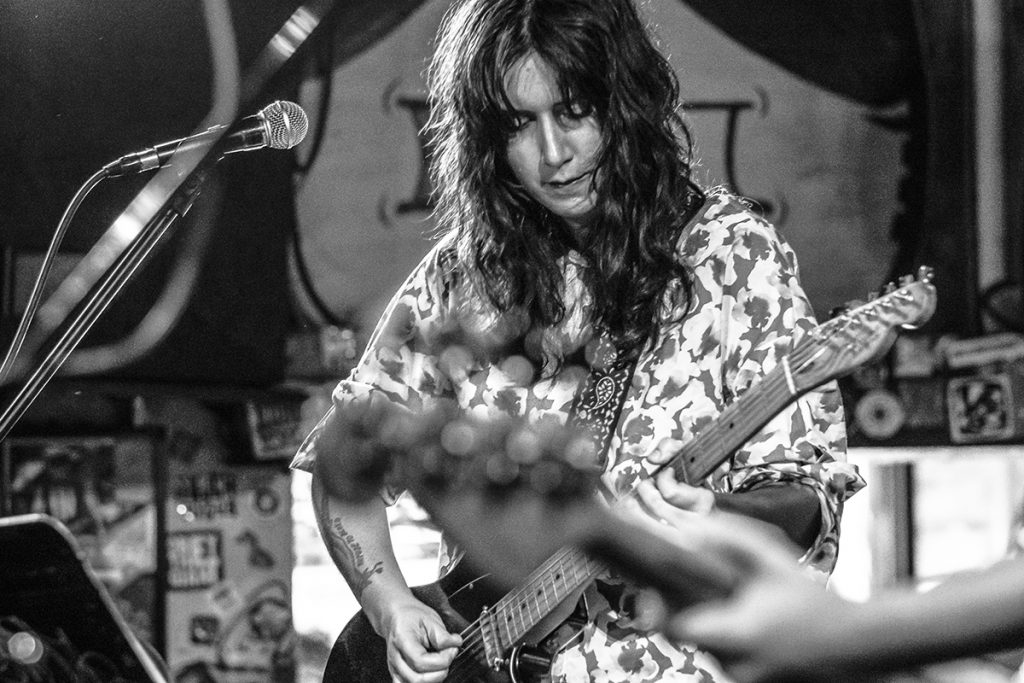 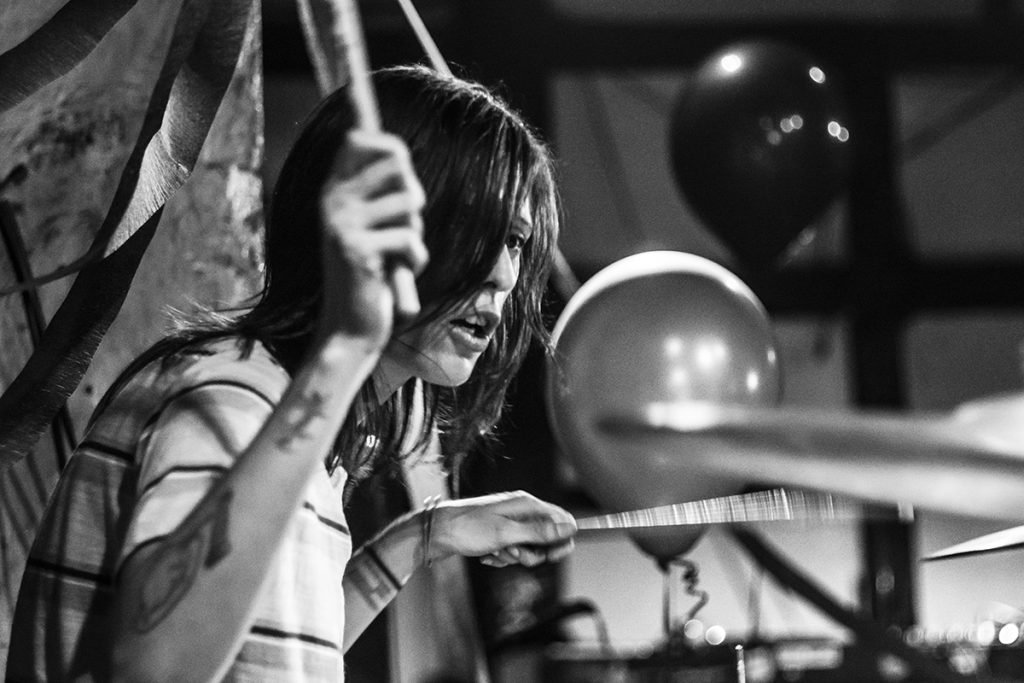 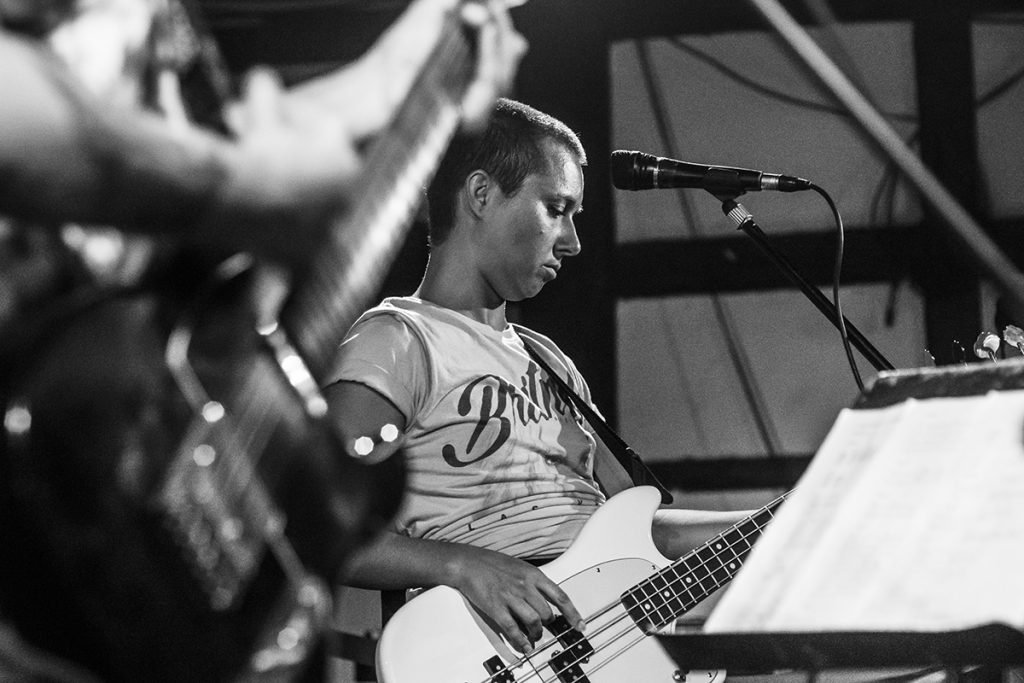 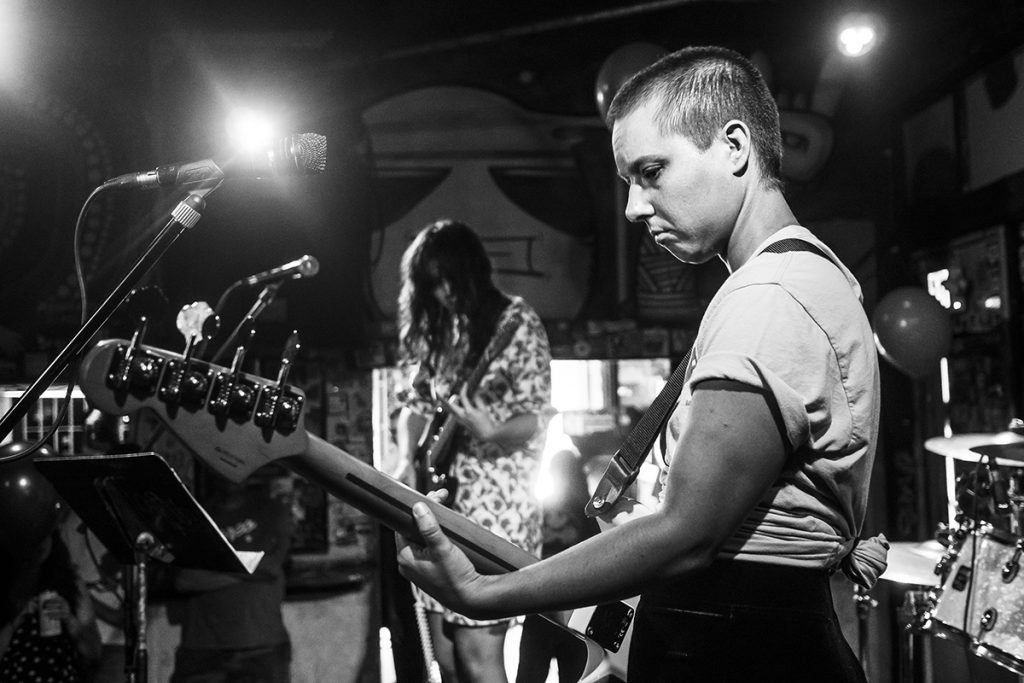 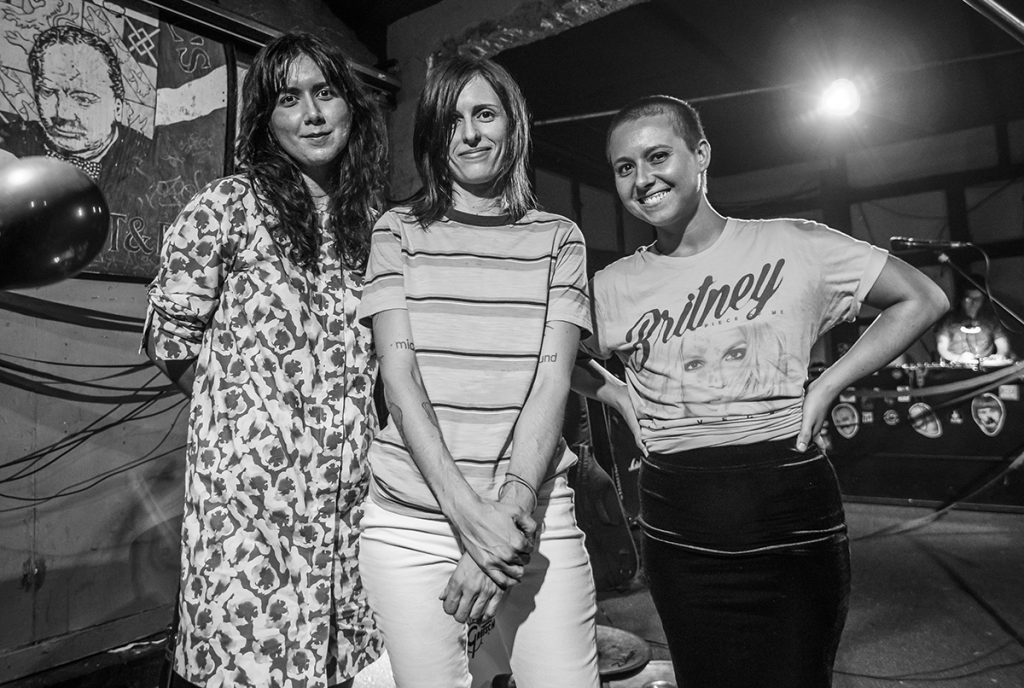 Back at Sweat Records 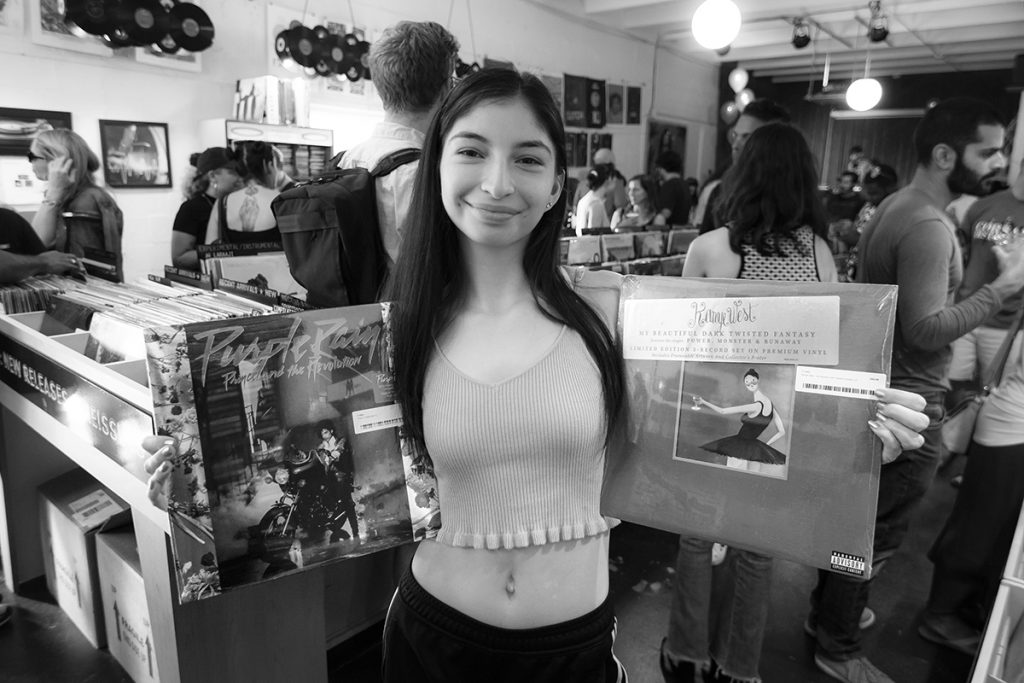 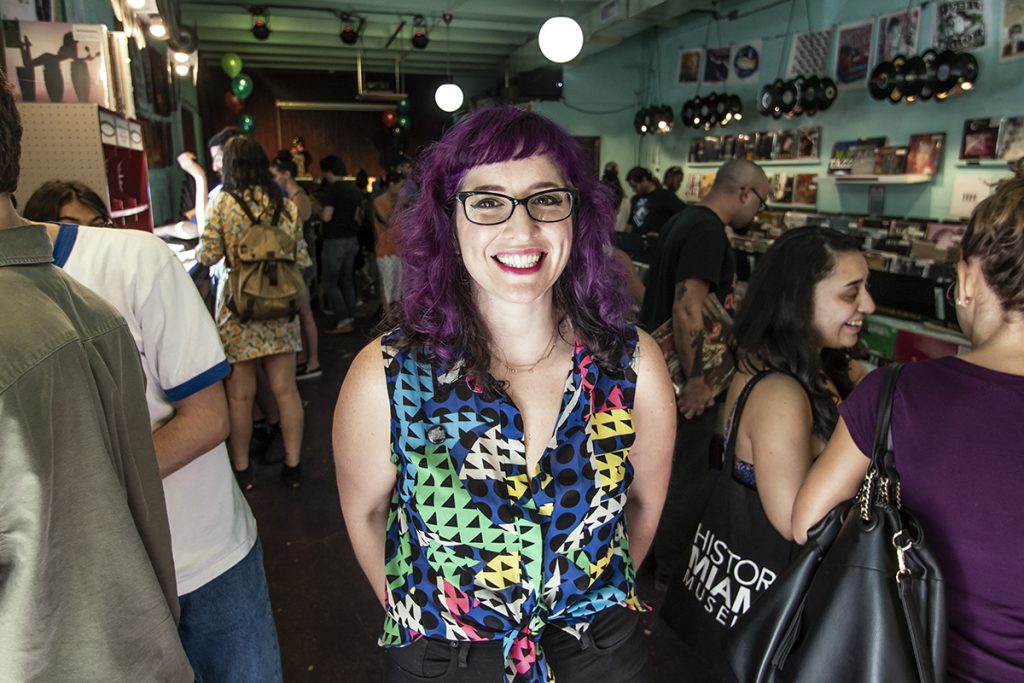 Before heading back home, I snapped a photograph of a very pleased Lauren Reskin (I mean, how would you know she had purple hair if the photograph was in black and white?)

Sweat Records are open noon to 10pm Monday through Saturday and noon to 5pm Sunday, excluding major holidays. Visit their website for upcoming events and stop by for your vinyl fix…