We all know Barbie, right? The popular fashion doll manufactured by American toy-company Mattel, Inc. and launched in March 1959? Of course we do. Well, you may not know that the Barbie doll has also been the target of criticisms stating that she promotes an unrealistic idea of body image for a young woman. As a matter of fact, in 1963, the outfit “Barbie Baby-Sits” came with a book entitled ‘How to Lose Weight’ which advised: “Don’t eat!”(!).

What should really shock parents, however, is published research conducted by Dr. Agnes Nairn at the University of Bath in England in December 2005 which concluded that girls often go through a stage where they hate their Barbie dolls and subject them to a range of punishments, including decapitation and placing the doll in a microwave oven. “Barbie provoked rejection, hatred and violence,” said Dr. Nairn who concluded that the Barbie doll aroused the “most complex and violent emotions”.

Now, let me introduce you to Ontario based photographer/artist Mariel Clayton. Her grisly photographs portray Barbie in a rather different light. “Behind the vacuous perpetual lipsticked-smile and soulless eyes lurks the black heart of the true sociopath, just like in real life” said Clayton in an interview with streetcouch.com

But America’s beloved Barbie as a sinister murderess? Why?

“Because I hate Barbie”, says Clayton. “I intensely dislike the stereotype that the ‘ideal’ female fits no current authentic female form. You can’t get to be Barbie without an ocean’s worth of peroxide, 27 plastic surgeries and a complete lack of intelligence, so it irritates me immensely that this is the toy of choice women give to their daughters to emulate.”

Her pictures have received as many accolades as gasps of horror. Art? Social commentary? Trash? You be the judge… 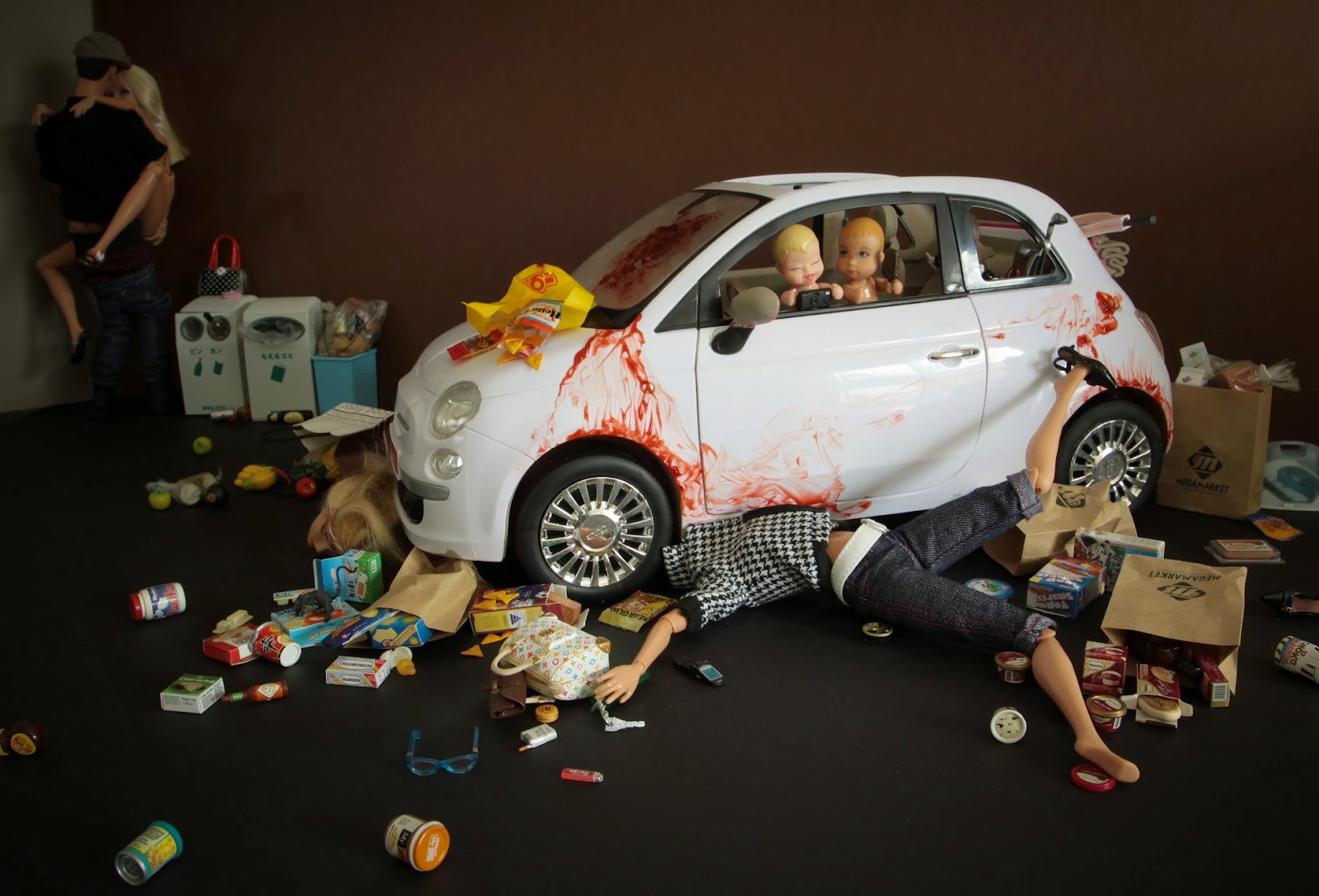 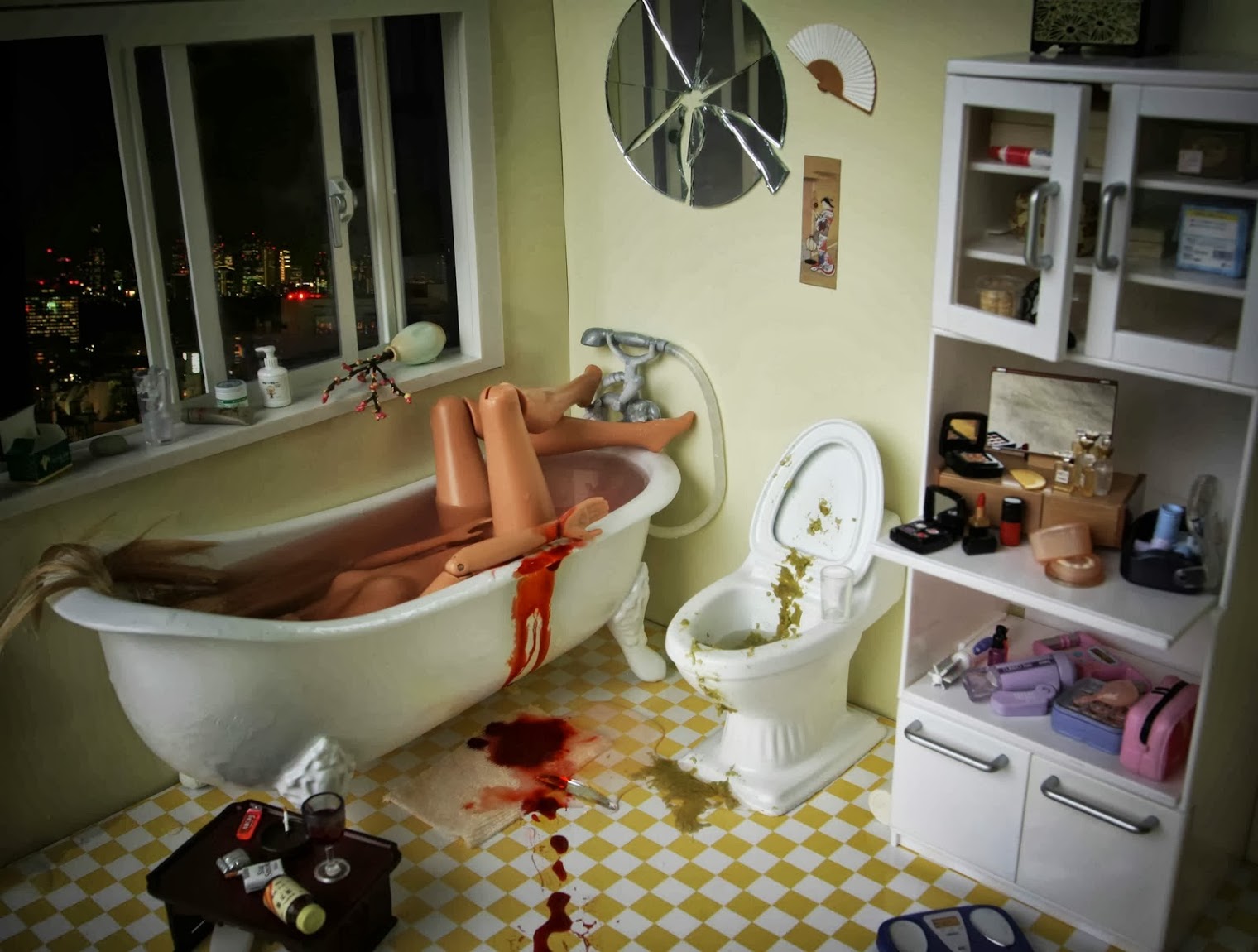 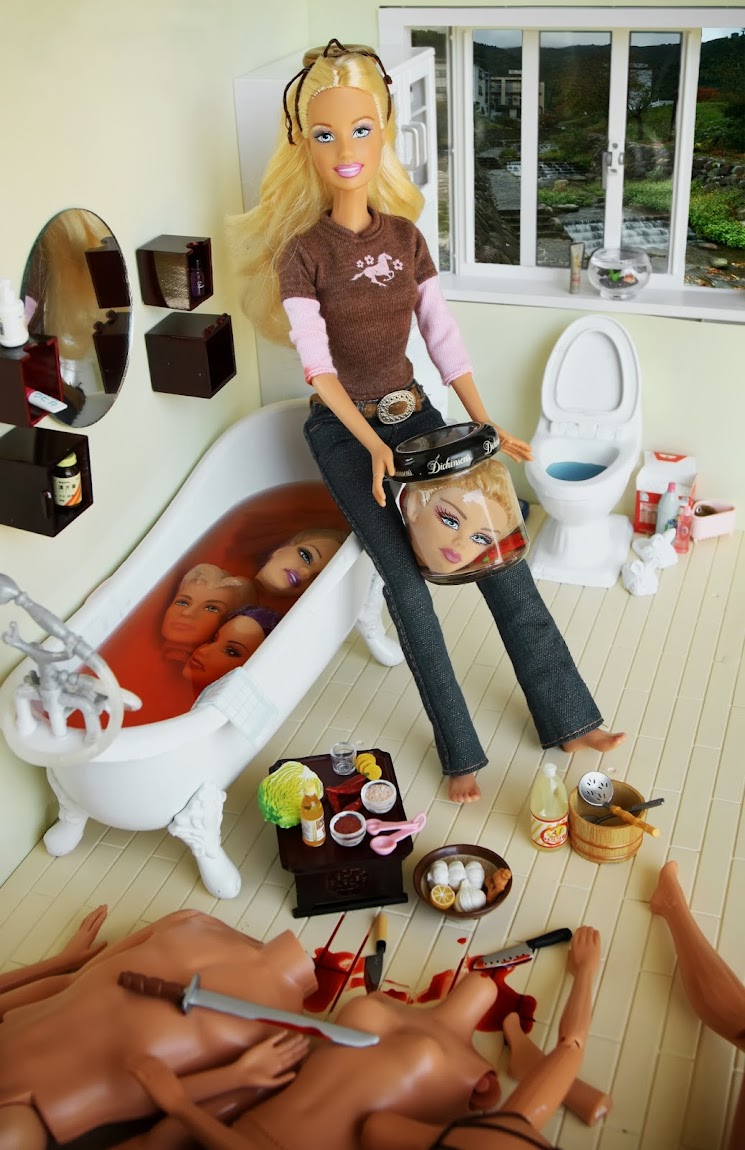 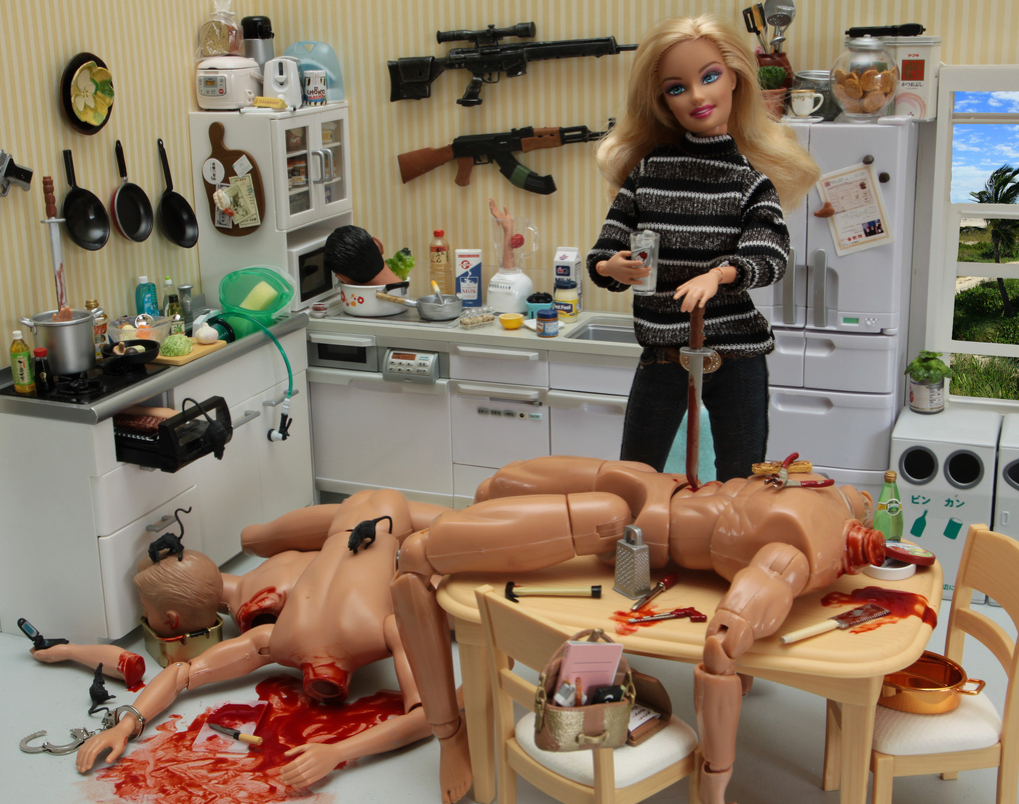