So, I finally got around to watching Todd Phillips’ “Joker” with my daughter last night. Having been a fan of the Batman/Joker depictions of Frank Miller in his Dark Knight comics and of Christopher Nolan’s Dark Knight film trilogy, I was anxious to see what appeared to be a fresh take on our beloved Joker. I’ll start with this, unlike in Nolan’s film featuring Heath Ledger as the Joker, there’s plenty of bloodshed in this film (not sure why Nolan eschews the sight of blood in his films but that’s a discussion for another day).

There are a few observations I wanted to share (and discuss) with those who have already seen it (SPOILERS below!) so if you haven’t seen it yet, go see it then come on back here to discuss it.

Let’s start with the casting of the Joker. When the film was originally announced, I wasn’t at all concerned with the casting of Joaquin Phoenix who, if you’ve seen any of his films, is one of the finest actors in the business and surely capable of delivering a memorable Joker. Which brings me to my first point… 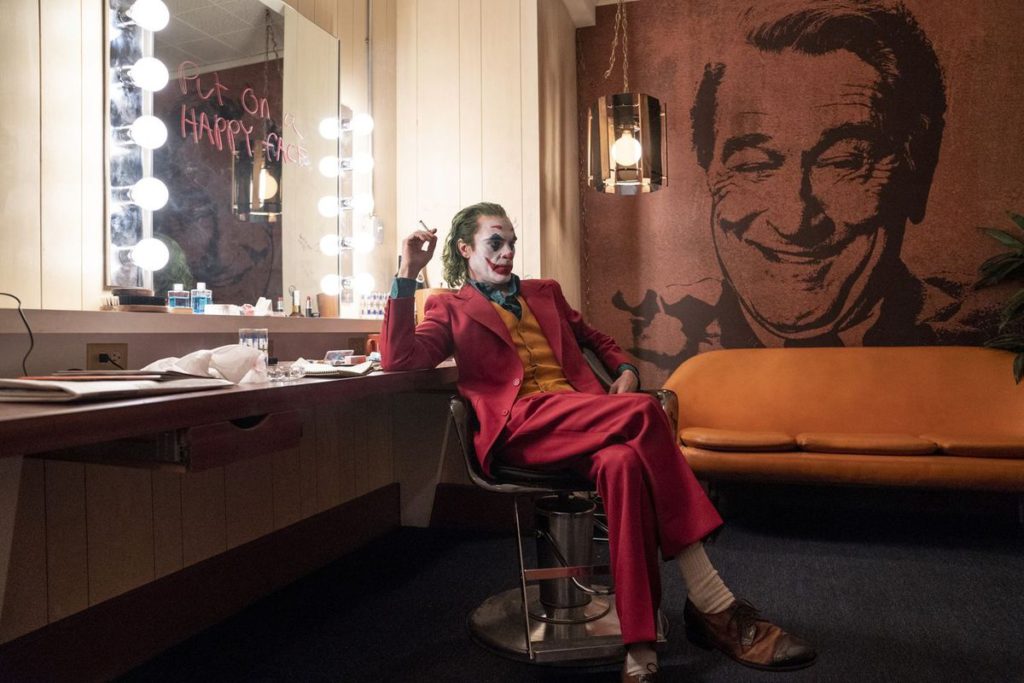 Ledger’s Joker was one for the ages but Phoenix’s Joker has a humanity that we can all relate to. You’ve heard it said by many a movie critic already and I concur. His performance not only depicts a man becoming unhinged due to the lack of empathy in the world around him (not to mention several shocking revelations about his own life), but Phoenix literally pulls us into Arthur Fleck’s own skin to feel it as he does. It’s a heartbreaking performance and well worth the Oscar nomination he’ll certainly get (I won’t be surprised if he finally takes one home). His performance alone makes the film worth seeing. Nuff said.

My main concern when first hearing of the film was director Phillips. I mean, was the director of “Due Date”, “Starsky & Hutch” and “The Hangover” franchise really the right guy to direct the dark fairy tale that is “Joker”? Especially after Christopher Nolan did as admirable a job (minus any bloodshed) in bringing Frank Miller’s Joker (not to mention Batman) to the screen in The Dark Knight? I’m happy to announce that Phillips proved more than capable of creating a look and feel in the film that paired very well with the content. My next concern was “The Hangover” cinematographer Lawrence Sher but… 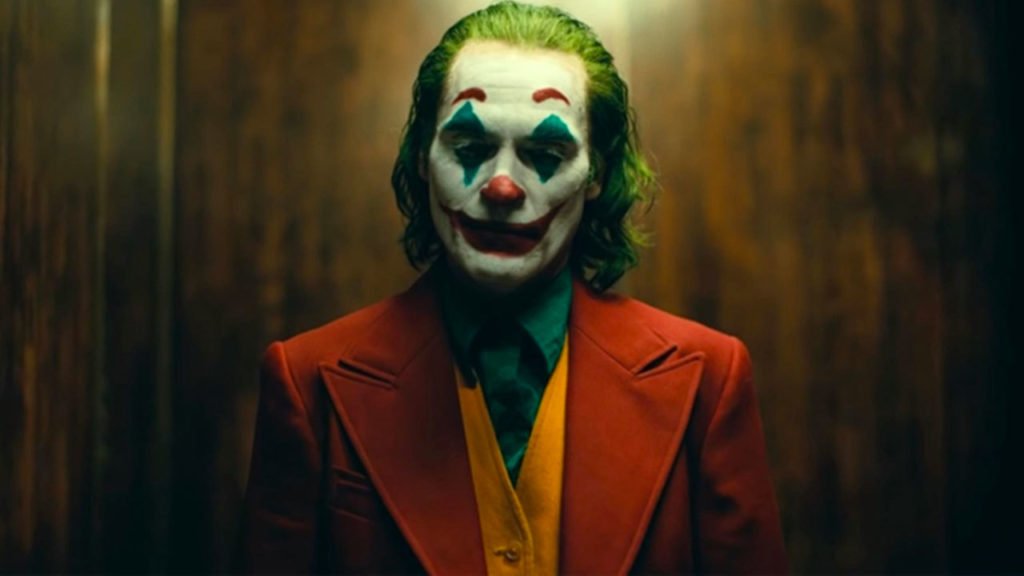 As with Phillips, there was very little in Sher’s filmography that would lead you to believe he was capable of creating a look and feel that could rival Academy Award winner Wally Pfister’s work on the Dark Knight trilogy with Christopher Nolan. But right alongside Phoenix’s performance is Sher’s cinematography. The film is not only shot and lit beautifully but it truly captured the time, place and mood of the film. His very first Oscar nomination is surely forthcoming.

So, there’s the good. And the good is more than enough of a reason to see this film and it will certainly get a second viewing (it absolutely requires it) once it arrives on bluray but, ultimately, I wanted Joker to be an exceptional film. Alas, leaving the theater, my daughter was like, “Why so serious?” I felt more disappointment than satisfied, that’s why. Here are a few reasons…

Yeah, it really does. From the opening scene, it’s clear that writers Phillips and Scott Silver want us to immediately sympathize with Fleck. The world is shitty and everyone treats Fleck very shittily while he selflessly cares for his disabled mother (not to mention trying to bring laughter and joy to the world as a comedian and making kids laugh on the bus). Not the worst thing in a film but it’s a bit of a shortcut to the final outcome, of which this film offers several. 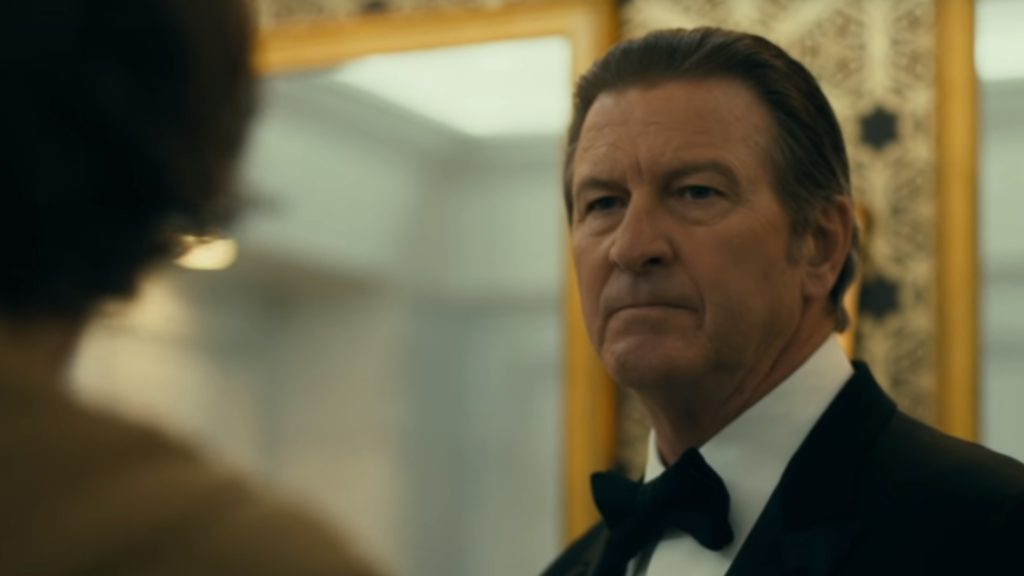 Not the kindly wealthy father who loathed crime and injustice in past Batman film depictions. The Thomas Wayne of Joker, played with a steely gaze by Brett Cullen, is a mayoral candidate and humorless member of the 1% who flaunts his wealth in a city where poverty, unemployment and crime run rampant. After three employees of Wayne Enterprises (well dressed white males who were drunk and acting like a bunch of assholes themselves) are gunned down on the subway one night by, based on the sole eyewitness, a man wearing a clown mask, Wayne declares the killer a coward who hides behind a mask (ironic, isn’t it?) and calls those who haven’t made anything of their lives “nothing but clowns”. This, in turn, triggers a series of protests by Gotham’s far less fortunate wearing clown masks. This isn’t the slow burn ideology of “V for Vendetta” but an overnight shitstorm of chaos that grips the city and creates some convenient shortcuts for future scenes.

I won’t even bother mentioning how the young son of one of Gotham’s wealthiest and most powerful men can find himself with creepy Arthur Fleck’s fingers in his mouth or how a disheveled Arthur Fleck can easily find his way into a theater filled with the tuxedoed 1% of Gotham and then to a one-on-one confrontation with Thomas Wayne in the restroom(!). Whether or not the senior Wayne is actually Fleck’s father is debatable but what isn’t debatable is that Thomas Wayne is truly a Gordon Gekko caliber asshole. And as for Fleck slipping into that theater – what’s the deal with Gotham’s finest? See my next observation… 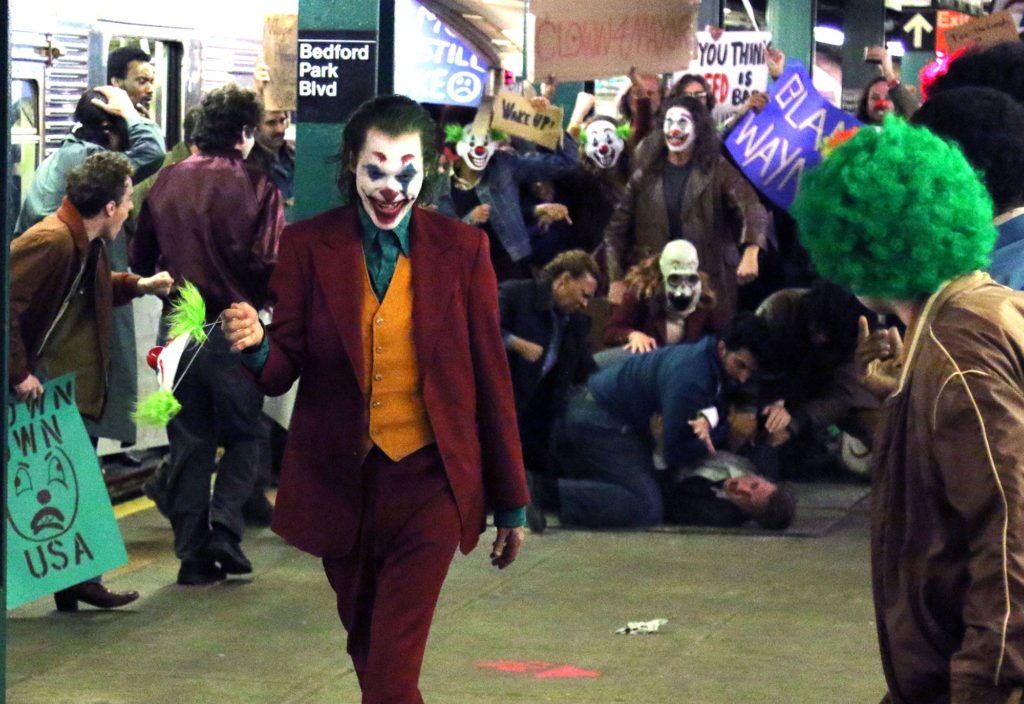 THE DETECTIVES IN GOTHAM CITY ARE CLUELESS

Think about 1970’s New York City (and we all know that Gotham City is really New York City, right?). Now think about three white males in suits found gunned down in the subway one night (courtesy of Fleck in a scene that was orchestrated brilliantly by Phillips and Sher) with the clown-faced killer at large. I’m just gonna assume that Gotham would put its top detectives on the case, right? Well, the two detectives (played by veteran actors Bill Camp and Shea Whigham) seem to be the most clueless Gotham has to offer.

They’ve got more than enough on Fleck (the gun, the clown mask, he’s kind of weird) to at least bring him in for questioning but never do. When they finally track him down in full Joker get-up, it leads to a chase onto another subway train but this one, however, is packed with a horde of people on their way to a rally wearing clown masks because of what the aforementioned asshole father of Bruce Wayne said on TV (another convenient shortcut by the filmmakers).

Are you really selling me De Niro as a warm, funny Johnny Carson-esque late night talk show host named Murray Franklin? Picture De Niro’s face then imagine his name is Murray Franklin. I ain’t buying. Surely, a tip of the hat to Scorsese and his 1983 film “King of Comedy” where De Niro plays the talentless stalker to Jerry Langford, a famous late-night TV host played by Jerry Lewis. I get the reference but it just didn’t work for me. Moreover, it made the final sequence with the Joker lose most of its impact.

But let’s stick with that for a moment, shall we? That final bloody sequence with Franklin – and the lack of any real suspense. Now, we know the Joker was gonna bring his gun to the show, right? And we sure as hell know he wasn’t gonna kill himself, right? I mean, he’s got decades of bloody confrontations with Batman ahead of him. So was there any real surprise he was gonna use Franklin’s head (or torso) as target practice? Not for me.

And that leads me to my final sense of disappointment with the film – what was the point? Like Scorsese’s 1976 film “Taxi Driver” (which this film clearly pays homage to), Joker flirts with social themes of isolation, depression, and lack of empathy, and its dangerous effects on a fragile mind (Fleck and Taxi Driver’s Travis Bickle). Fleck tries desperately to keep smiling amidst the very same hopeless (1970s New York City) environment that Bickle drove his cab through every night. His delusional relationship with a young woman (played by Zazie Beetz) who lives on his floor hits home hard (one of the finer moments of the film) and further illustrates the magnitude of Fleck’s loneliness.

In both films, Bickle and Fleck, crippled by isolation and depression, take steps to be “noticed” – to step out from underneath the overwhelming despair of their lives. Bickle attempts to assassinate a senator. When that fails, he decides to be a savior to a young prostitute in an unforgettable (and unexpected) bloody finale. Fleck, after the thrill of gunning down the three young men on the train and the notoriety that ensued because of it, decides to waste Franklin, a man he once idolized, for mocking him on his show. Were he not the Joker, one could have guessed that his plan might have been to take his own life in front of a live national TV audience (“I hope my death makes more cents than my life”). But he’s the Joker so that clearly wasn’t going to happen. So where’s the suspense? 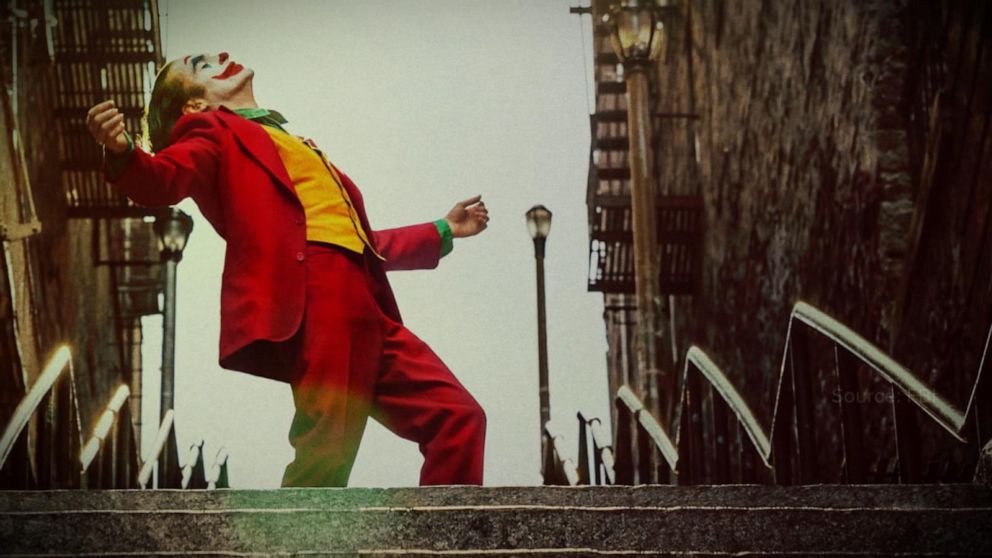 Moreover, Fleck is a deeply disturbed individual in ways that the Dark Knight Joker isn’t. When two former co-workers of Fleck visit him in his apartment, Fleck stabs and kills one of them in a fit of rage then decides to let the other co-worker, who was always nice to him, go free – on the very day he was to appear on the Murray Franklin show(!) You think that co-worker, who just witnessed his buddy get butchered by Fleck, bothered to call the police once he hit the street? Think again. Not a smart move by Fleck considering the fact that several police officers should have been knocking on his door with guns drawn about 10 minutes after he let his co-worker go free. That in turn, would have ruined his master plan to waste Franklin (not to mention cost us his iconic dance routine on the stairs connecting Shakespeare and Anderson Avenues in the Bronx). That said, I have a really hard time picturing this Joker pulling off the elaborate heist that kicks off Nolan’s Dark Knight.

But it’s a stand-alone Joker movie, you say. I get that. But there’s still a Batman forthcoming, right? And the Joker needs to be at least crafty enough to outsmart Batman (not to mention the police) as he plots years of murder and mayhem, right? This Joker seems incapable of that sort of genius. So is it just an origin movie? Perhaps. But I really think the filmmakers were trying to say something more. Something about mental illness (“The worst part about having a mental illness is that people expect you to behave like you DON’T”)? Our current political state? Mob mentality? The evils of capitalism? The consequences of continuing to eliminate social services? Our fascination with vigilante justice (Bernard Goetz)? Phillips and Silver merely wink in those directions, talking loud but not really committing to anything with conviction.

Ultimately, the film’s message might just be that if you push a fragile mind over the edge, there may be blood on the streets. Something we know all to well in this country. Right?

What are your thoughts?