This Monday, June 24th, the ReelHeART International Film Festival kicks off its 9th year in Toronto. From the 24th to the 29th, ReelHeART will feature creative works by filmmakers from across the globe in a range of genres including documentary, music, and dance. This year’s festival will be an extra special one for me as my documentary film V.A.C.C. Camp: Camp Can-Do will make its Canadian premiere at ReelHeART on Tuesday, June 25th at 2pm at the Harbourfront Community Center.

But the folks at ReelHeART didn’t stop there.

Through the efforts of ReelHeART’s Managing Director Shannonn Kelly and her right hand, GG Gianfranco (Marketing Liaison), they were able to add an additional “Industry Premiere” screening at The Hospital for Sick Children (Sick Kids) in Toronto that same evening at 6pm. Can I get an “Amen”?

What is my film about, you ask? Well, “V.A.C.C. Camp: Camp: Can-Do” documents the 25th anniversary year of V.A.C.C. Camp, a free week-long overnight camp for ventilation assisted children (children needing a tracheostomy ventilator, C-PAP, BiPAP, or oxygen to support breathing) hosted each spring in Miami by Miami Children’s Hospital. Overnight campers and their families come from throughout the United States and internationally to socialize with peers and enjoy activities not readily accessible to technology dependent children. South Florida families and youngsters from local residential care facilities join in as day campers. Here’s the official trailer…

The film, which made its premiere at the 2012 Fort Lauderdale International Film Festival and has also been screened at the 2013 Sunscreen Film Festival, illustrates the life-altering effects of this unique camp on not only the campers but the many young volunteers who give up their Spring Break to help care for these special needs children. The film also reminds us how fragile and precious life is; to not take it for granted.

I hope you can make it to the screening. I will be there as well as V.A.C.C. Camp founder Dr. Moises Simpser of Miami Children’s Hospital. If you can’t make it or don’t live in Toronto, won’t you please share this post with someone who can/does? Thank you.

Oh, and here are a few of the other films screening at ReelHeART… 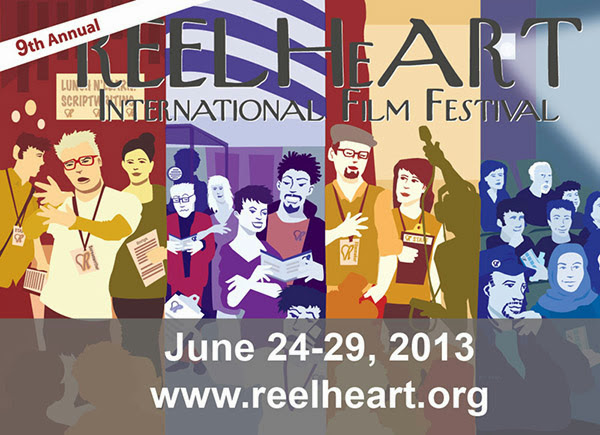