Last week, I arrived home after spending 12 days in NYC visiting family and staying at my mother’s apartment in the Bronx; the same neighborhood I grew up in. Now, as a documentary filmmaker, I never travel without my cameras, in this case, my two Panasonic GH2s and I also brought along my nifty little Canon XF100. And I’m also looking for a good story to tell – and I found one in the TAG Public Arts Project. 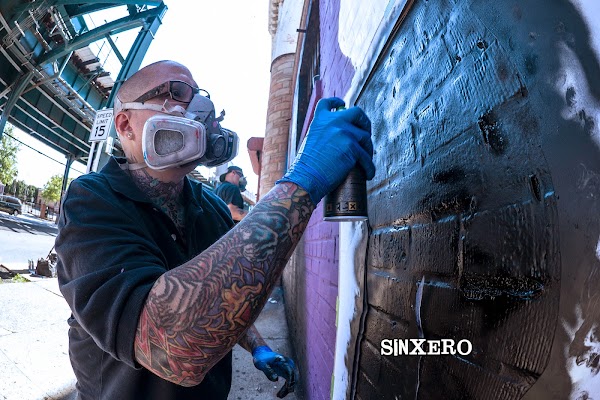 TAG was founded by Bronx native SinXero, an artist, designer, gallery and street mural curator. His mission is to create opportunities for graffiti and street artists to collaborate on legal mural projects throughout the Bronx. As SinXero puts it, “Enhancing the visual landscape of urban communities with art.” That.

Now, like I said, I’m always looking for a good story to tell (especially in my beloved borough of the Bronx), so before arriving in NYC, I contacted the heavily tattooed SinXero (who I’d never met before) via email and asked if he would be interested in a short video piece where he could talk about TAG and showcase his unique style of what he describes as “Grafstract”. Well, it just so happened that TAG was holding one of it’s public arts project on the last weekend of my trip featuring long time NYC graffiti artist Sexer and the street art duo of Billy Mode and Chris Stain. 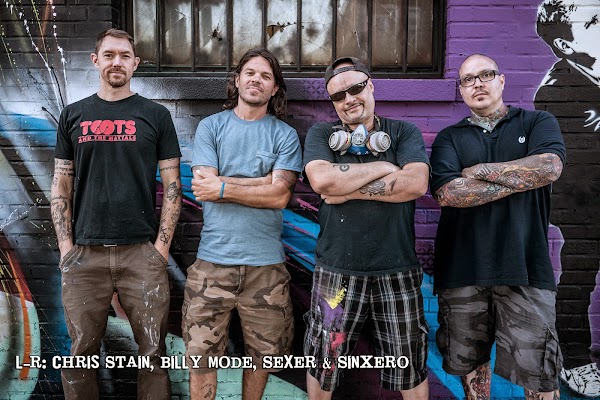 Then I got even luckier.

Legendary NYC graffiti artist John “Crash” Matos reached out to SinXero and was going to be passing by that same weekend. Crash was spray painting NYC subway trains at 13 years old and curated the now iconic exhibition, “Graffiti Art Success for America” at Fashion MODA in 1980 which launched the graffiti movement that has remained very active through today. He’s also been part of numerous museum and gallery shows around the world focusing on Graffiti and Street Art and has works in many permanent museum collections. Make a long story short, he also ended up contributing to the mural project and attracting another long time NYC graffiti artist named Zimad who also joined in. 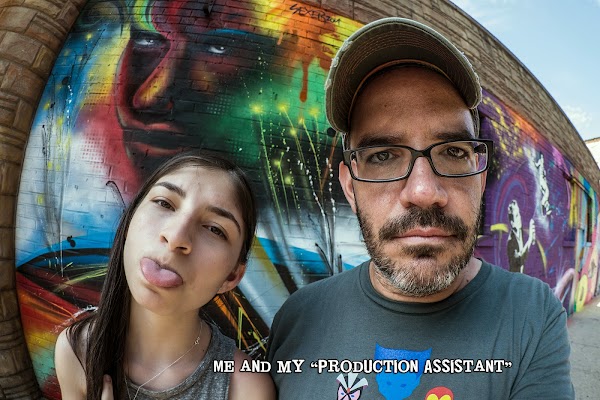 I spent three days (with my daughter serving as my “production assistant” for two of the three days) documenting the progression of the street art mural project, interviewing all the artists as well as the owner of the wall, Bob Bieder of Westchester Square Plumbing Supply, a family business celebrating its 90th year in the Bronx.

Let’s just say I wish all my video shoots were as much fun.

I’ll be working on the edit of the video over the course of the next month or so so stay tuned for the video’s release. I did manage to shoot a few photographs which I’ve included in this post. And if you’re an established street/graffiti artist looking to get involved with TAG or a business/property owner looking to beautify your storefront or neighborhood or if you’re a talented young artist looking for an opportunity to legally put up your first mural in the Bronx (you know, the birthplace of graffiti art and hip-hop?), feel free to contact SinXero at SinXeroArt@gmail.com. 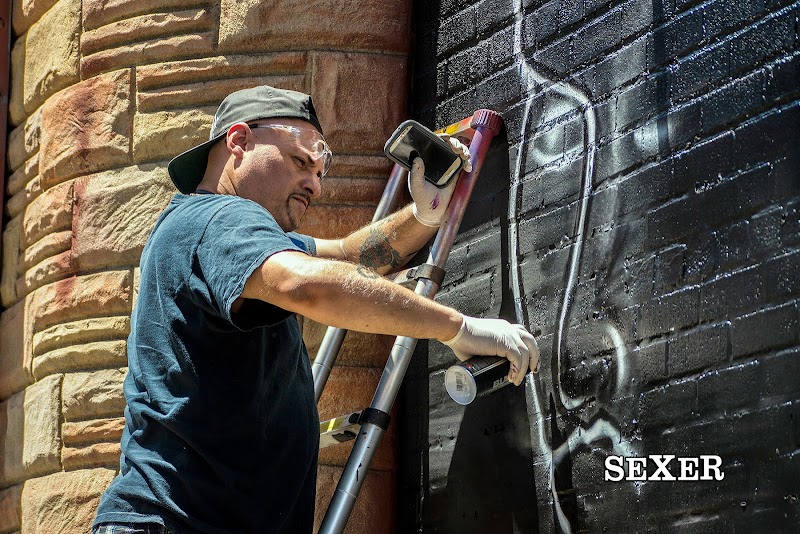 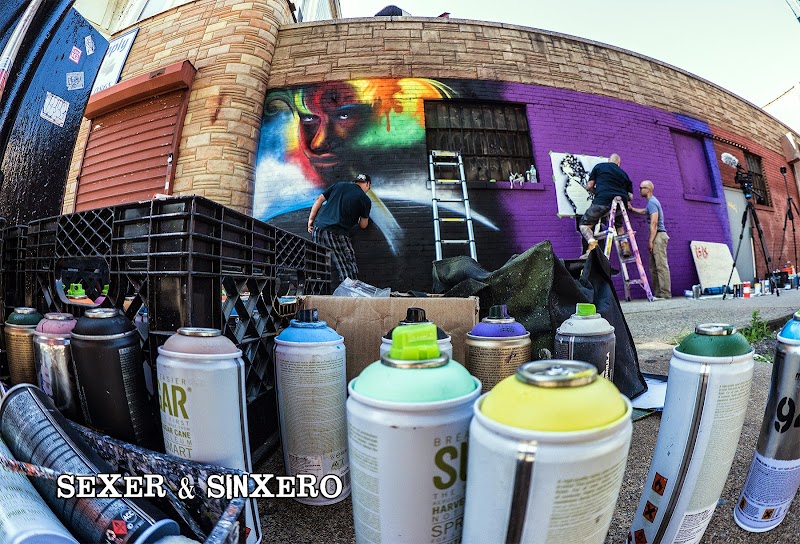 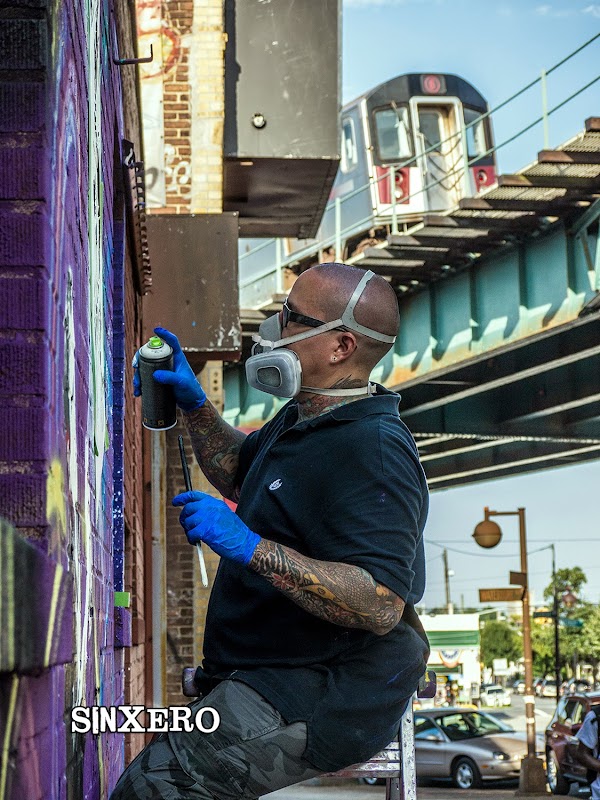 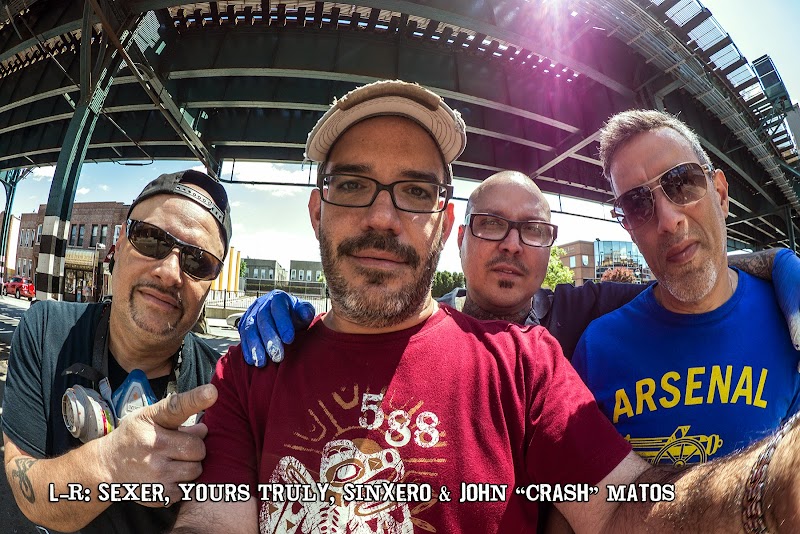 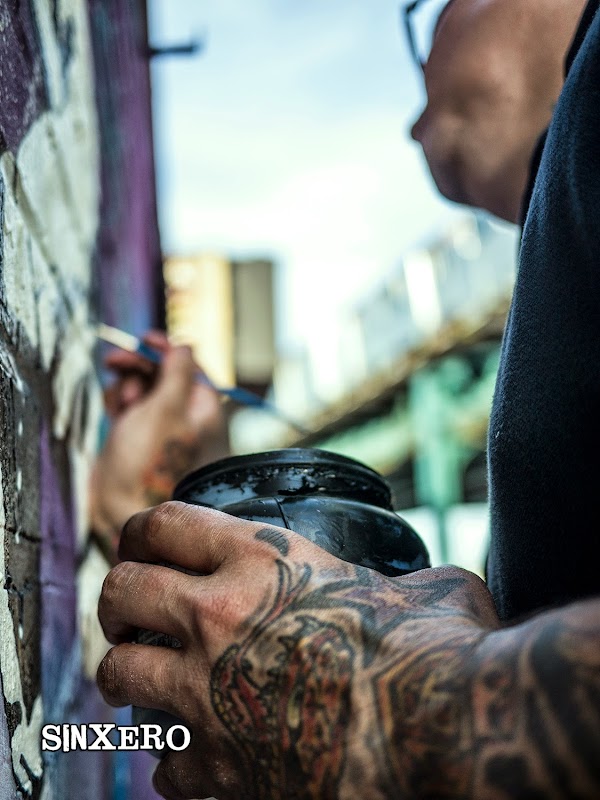 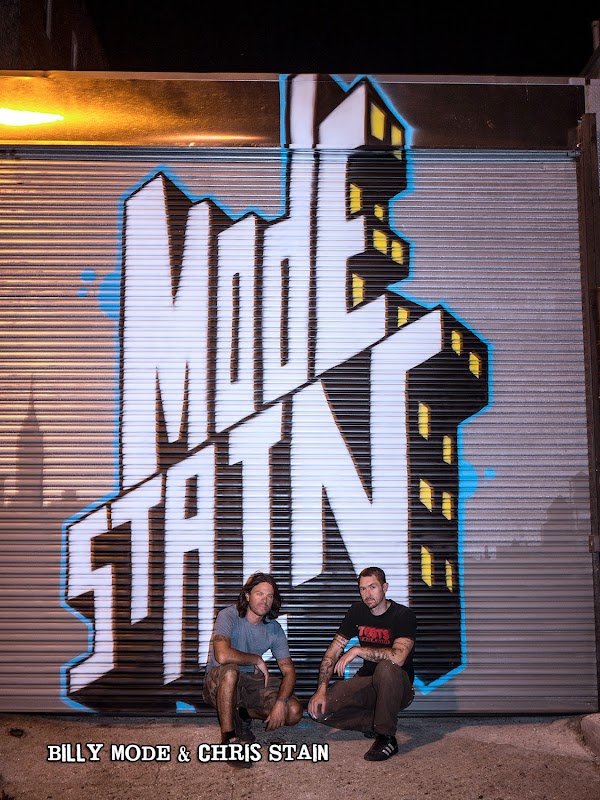 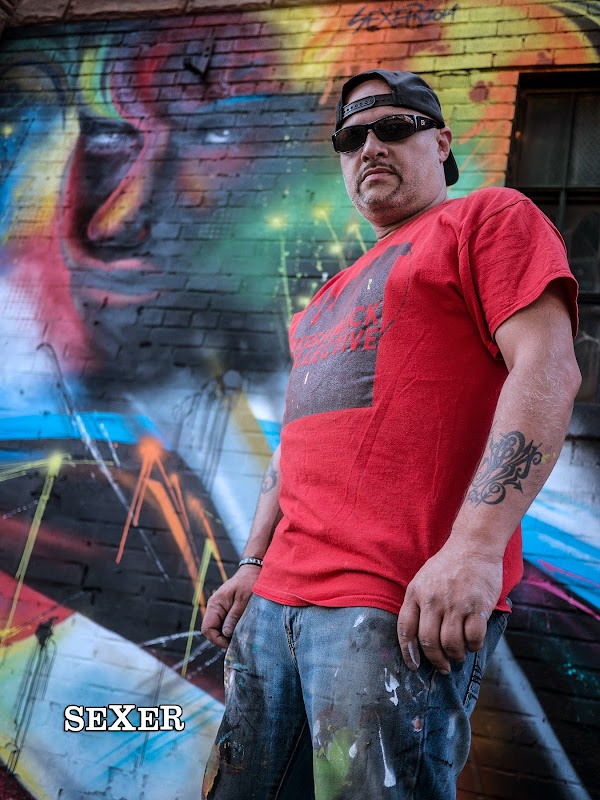 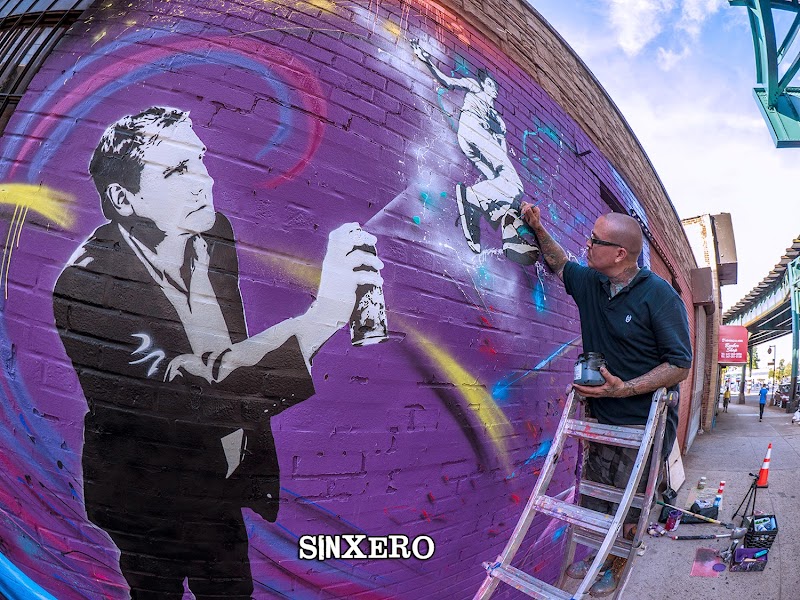 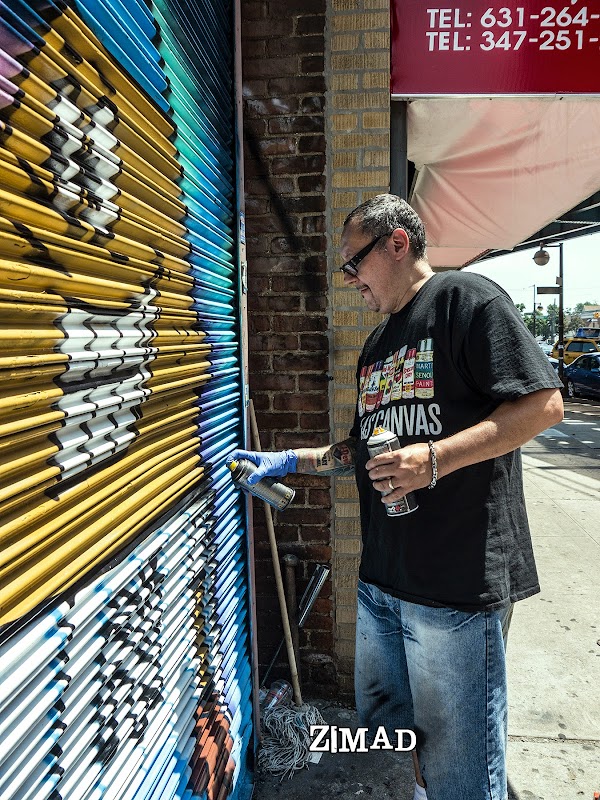 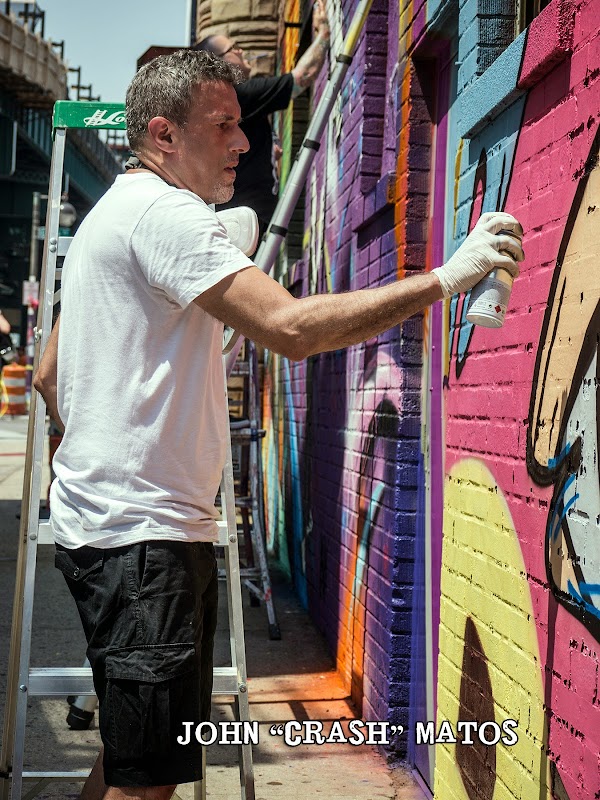 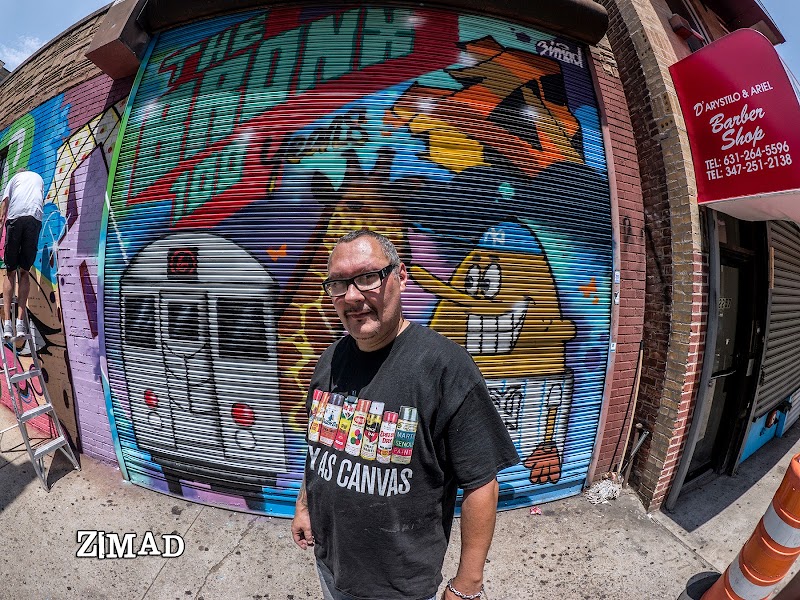 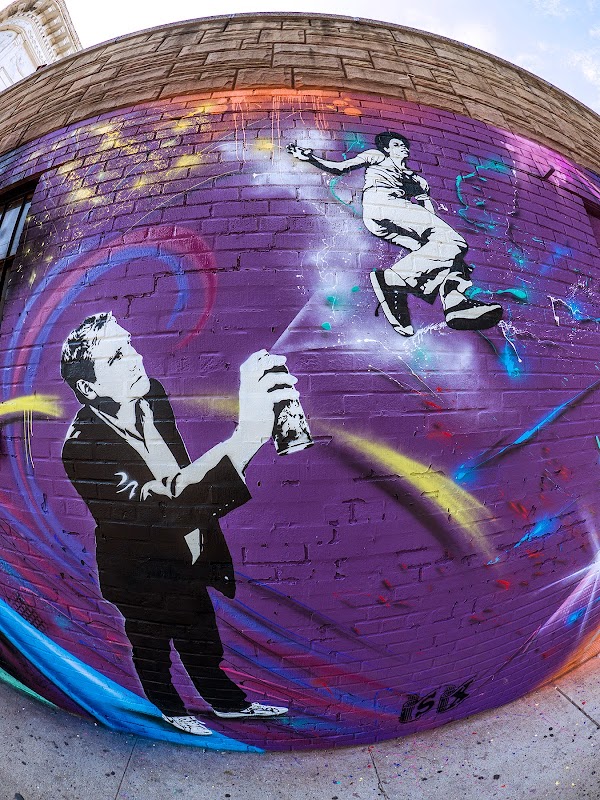 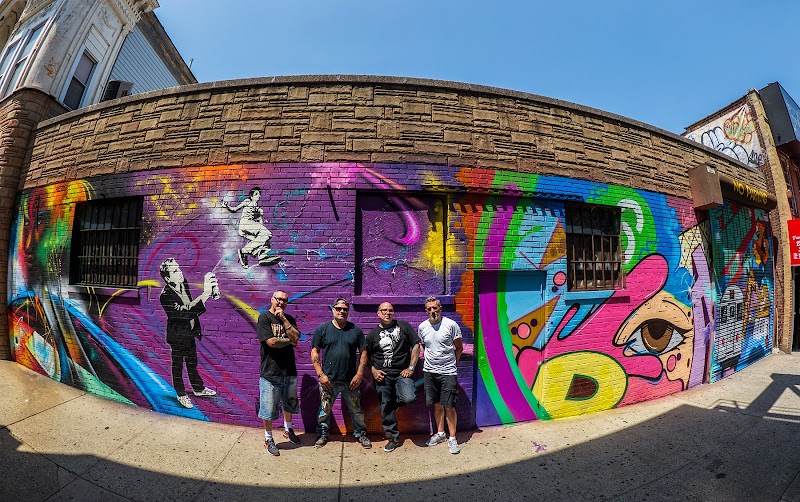