Yeah, I might be an award-winning documentary filmmaker and video producer “par excellence” (at least Mrs. Perez thinks so) but what I really am is a wannabe professional photographer. That’s where the whole idea for my Photographer Showcase series came from. I’m fascinated by great photographers and the surreal images they create with their camera lens (and a little help from Photoshop). For my latest installment, I present you with Paris-based photographer Benoit Lapray and his series The Quest for The Absolute.

Lapray presents images of popular Marvel and DC comics superheroes digitally added to beautiful natural landscapes; in moments of quiet reflection, perhaps. I mean saving the world ain’t easy, right? Superheroes have got to have a place to disconnect and reflect on their own lives. I guess that’s what Lapray’s vision was.

Or perhaps he was just trying to make us aware that despite the amazing powers superheroes have, nature can be just as amazing. Enjoy… 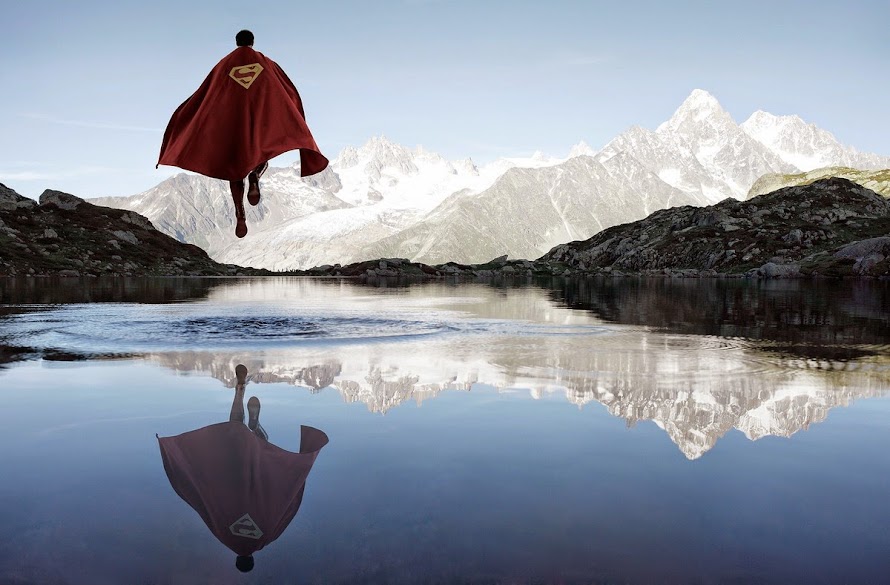 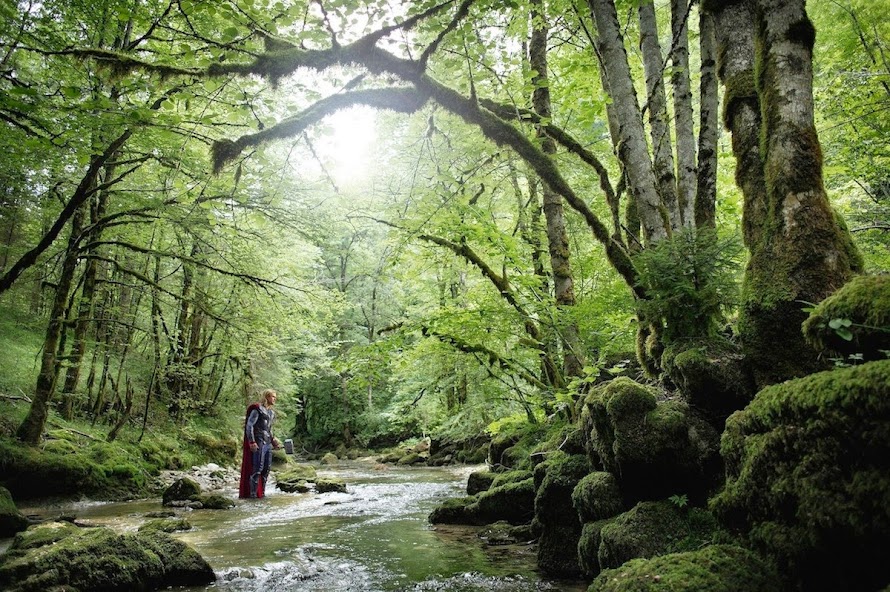 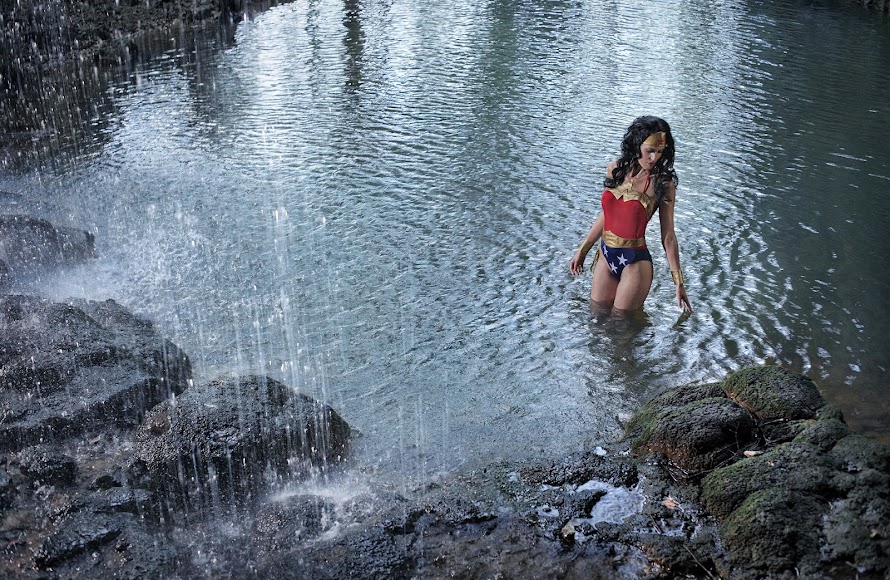 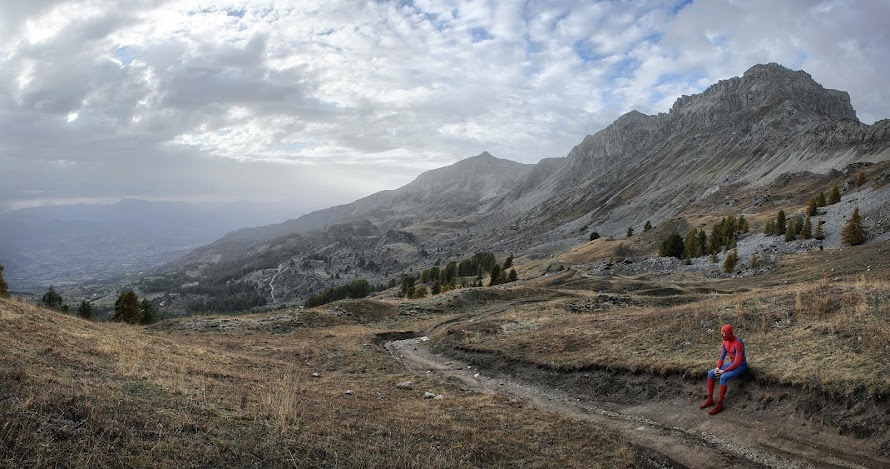 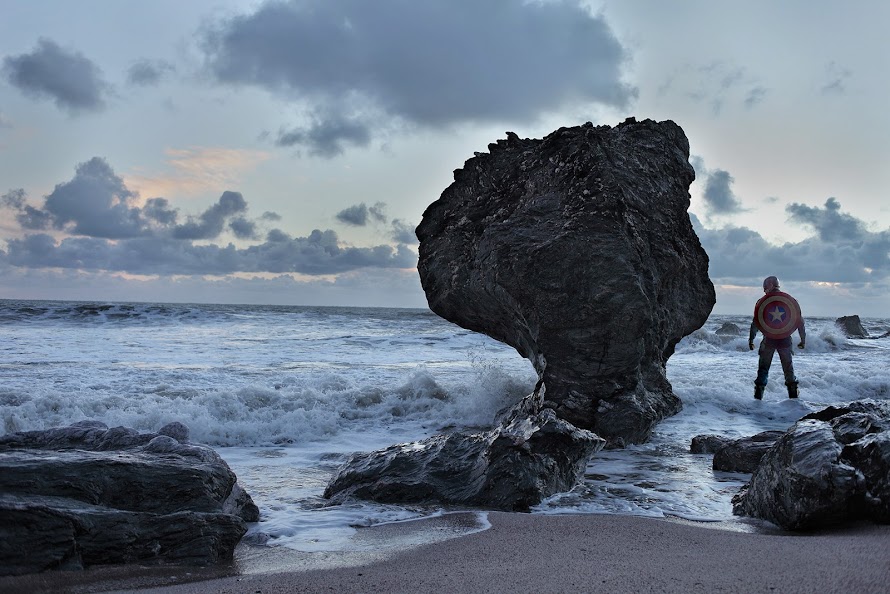 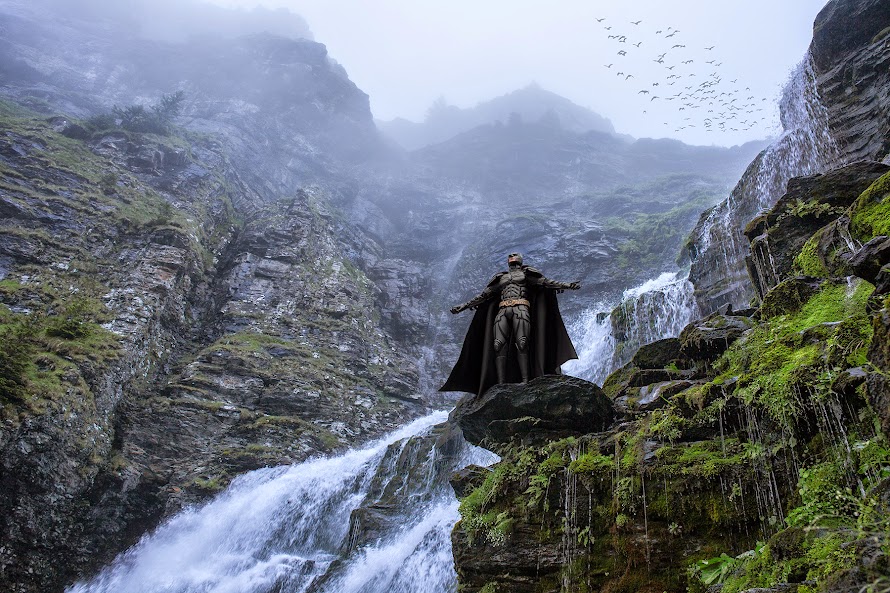 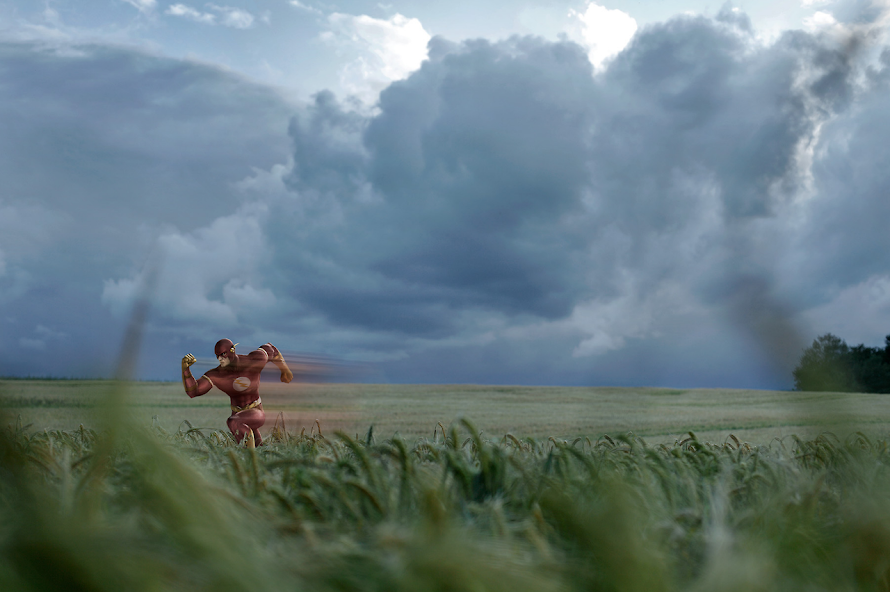 Darth Vader with a Unicorn? Pop-Reinterpretations by Hillary White

I came across these terrific pop paintings by artist Hillary White and couldn’t help but share them. White, a self-proclaimed child of the 80s, takes famous paintings by the likes of Rembrandt, Vincent van Gogh & Leonardo da Vinci and “reinterprets” them with characters like Batman, Darth Vader, and The Muppets. For real.

“I like the silliness of the juxtaposition” said Hillary White in a recent interview over at frank151.com. “I’ve done more traditional work like portraits, landscapes and still-lifes, but they don’t satisfy my funny bone. I can see pop culture icons having some of the charisma of the kings and queens of old, and can continue to imagine that if some of the classical artists were alive today, they might be painting these types of subjects.” 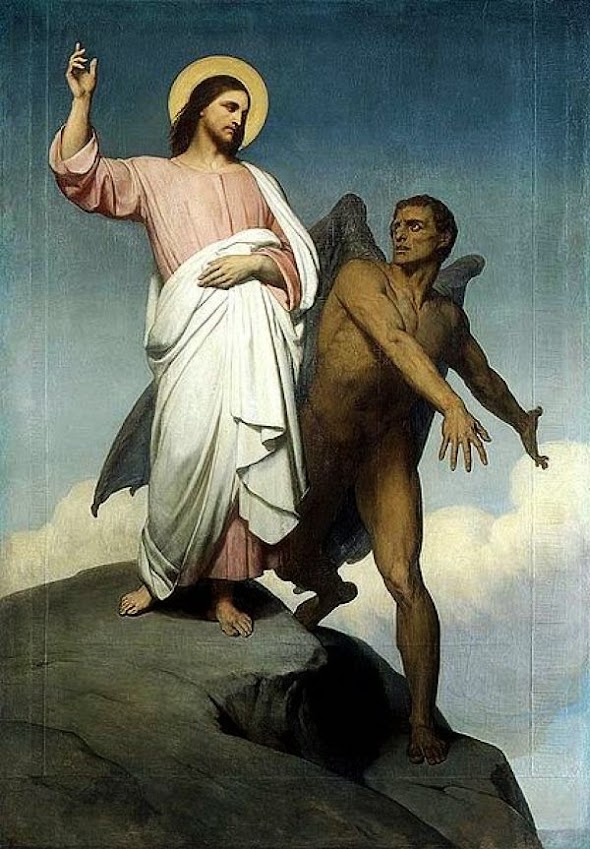 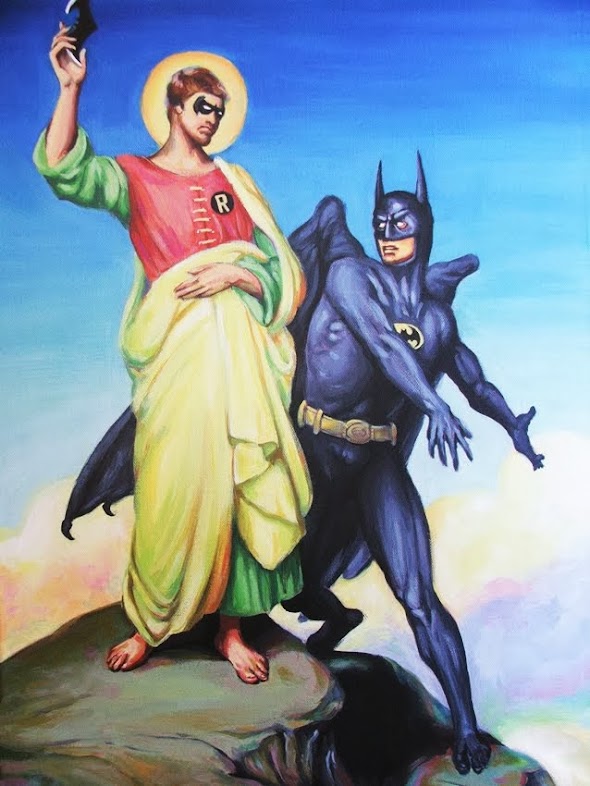 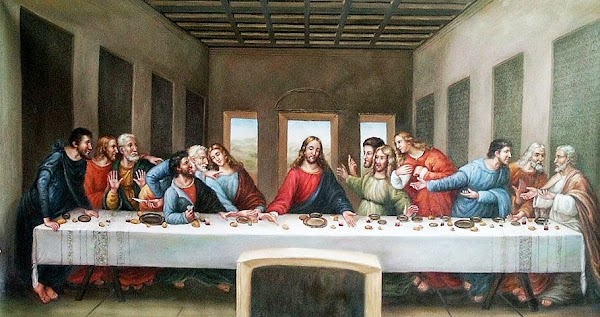 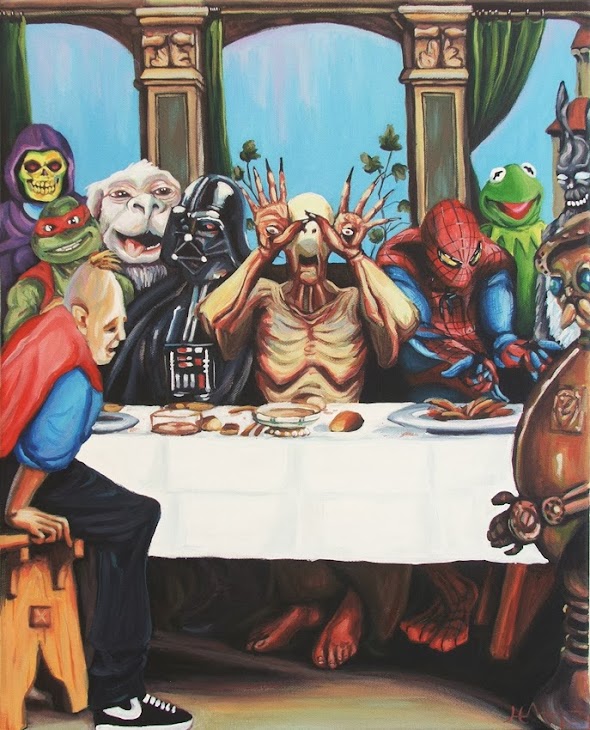 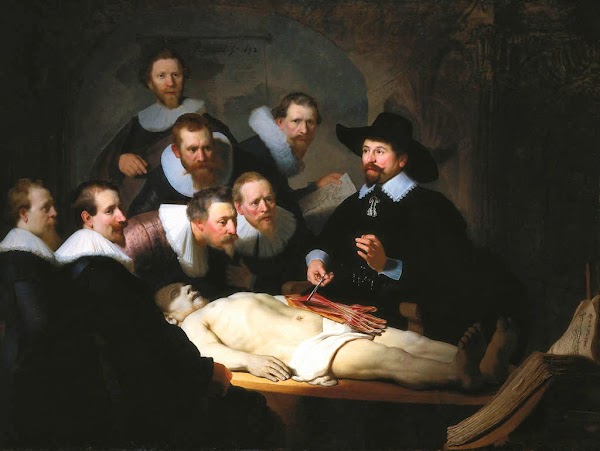 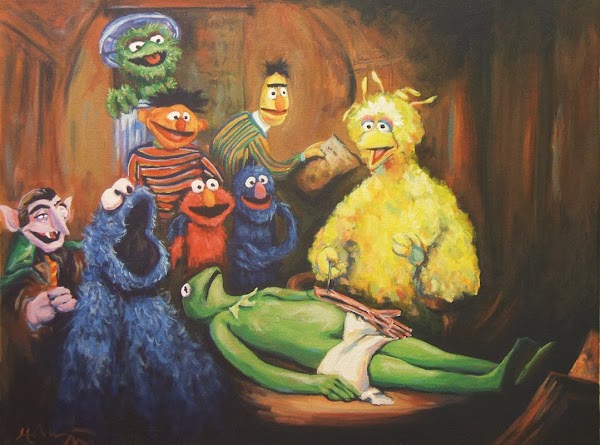 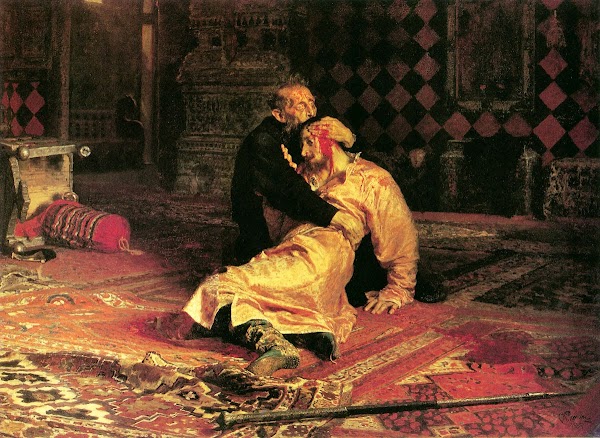 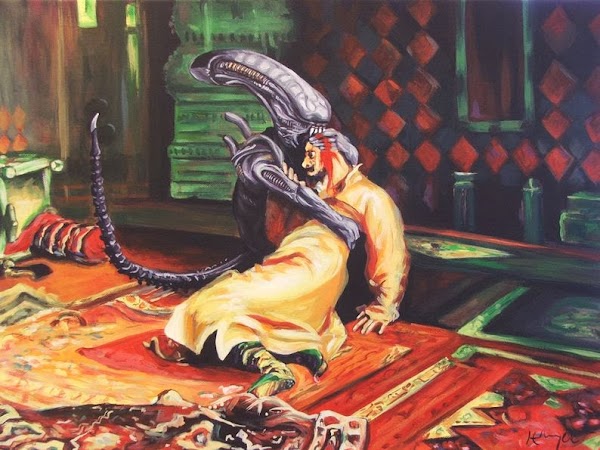 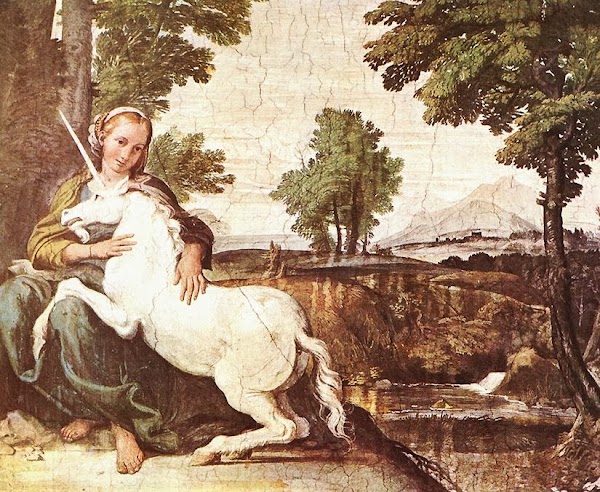 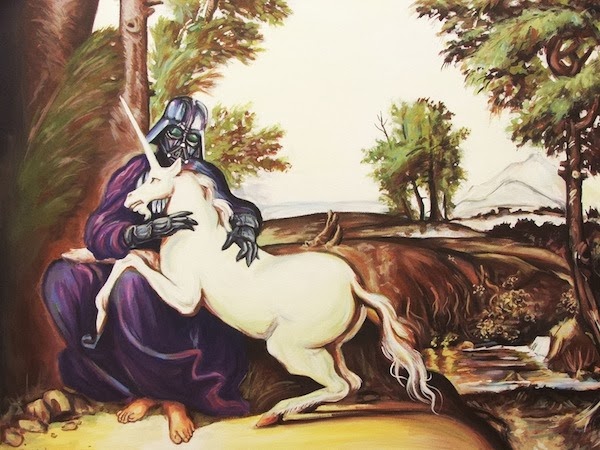 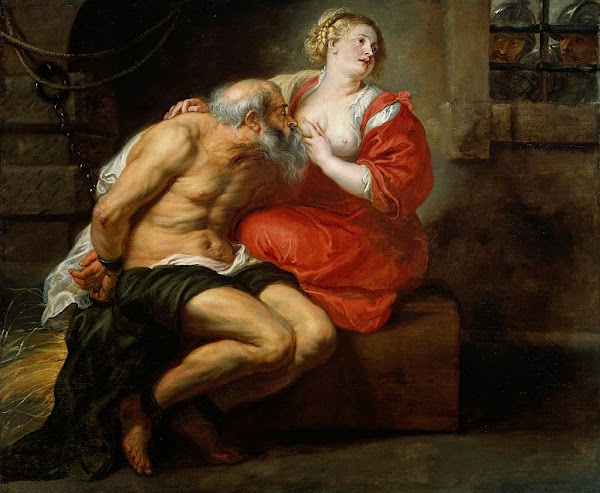 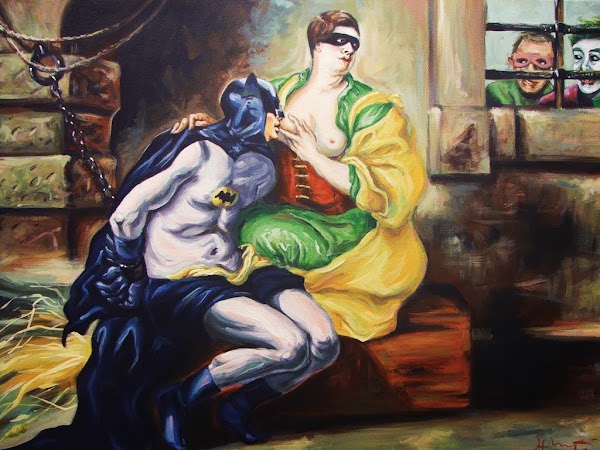 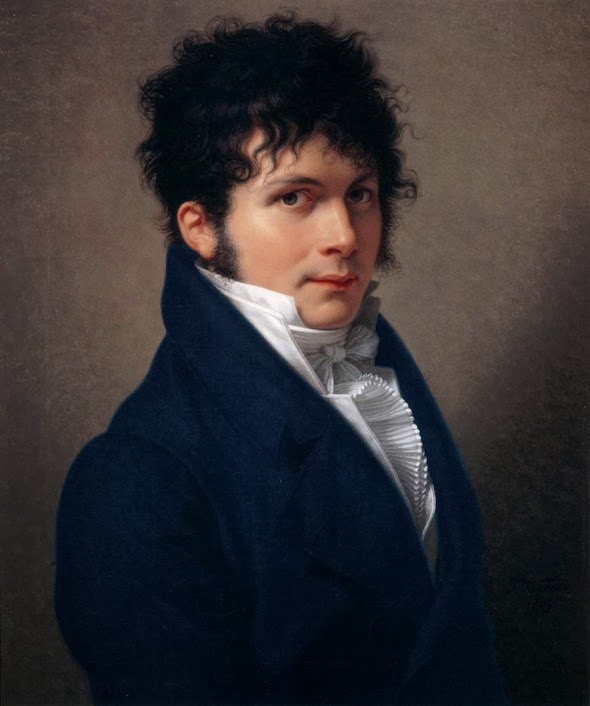 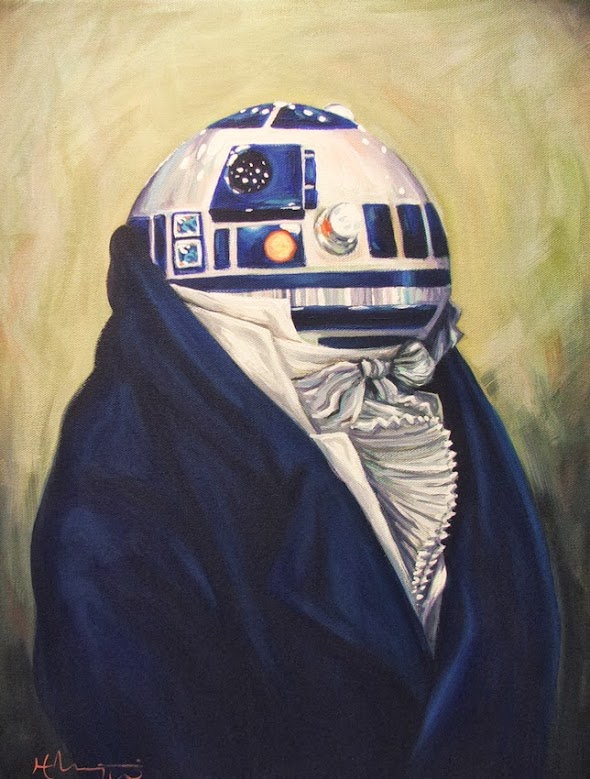 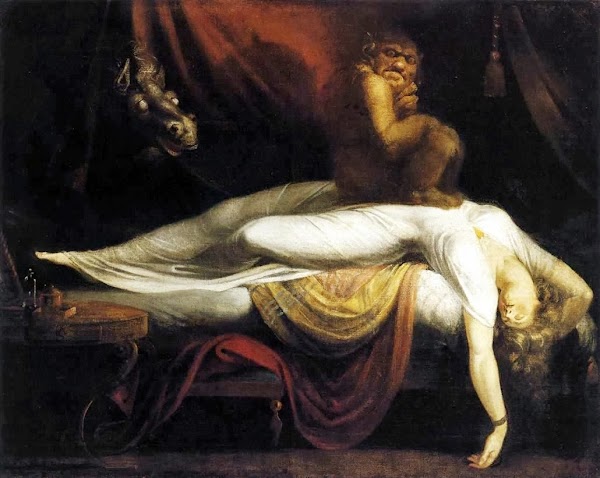 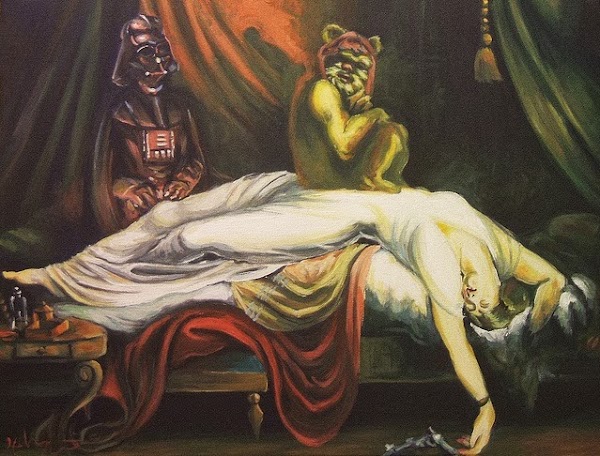 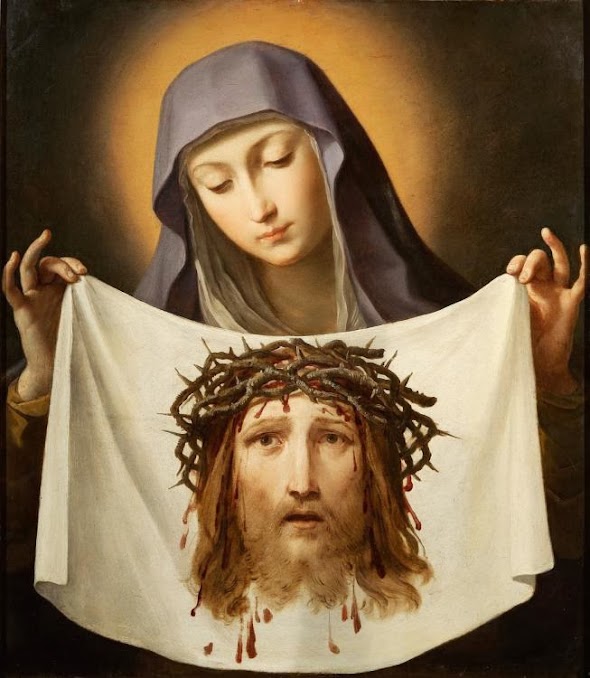 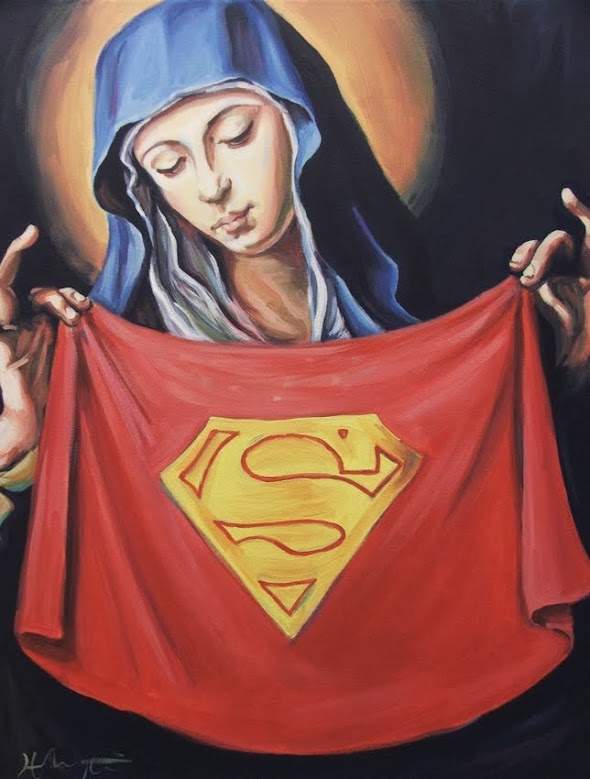 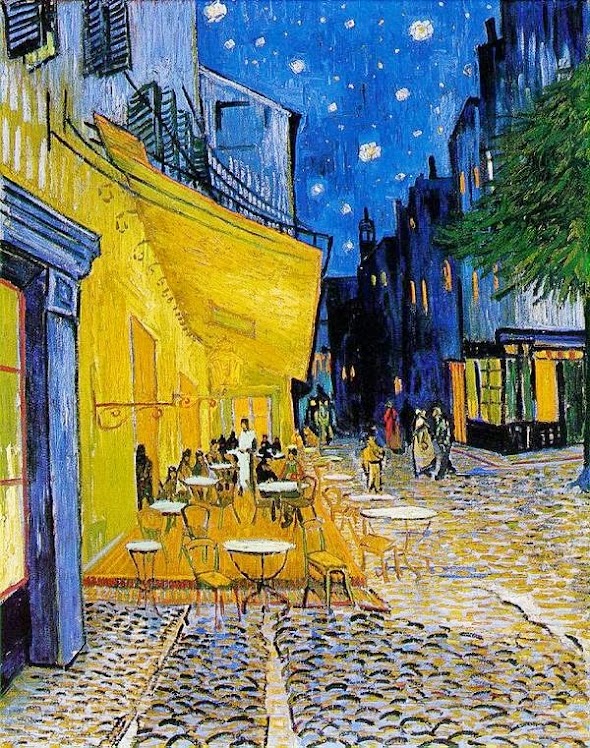 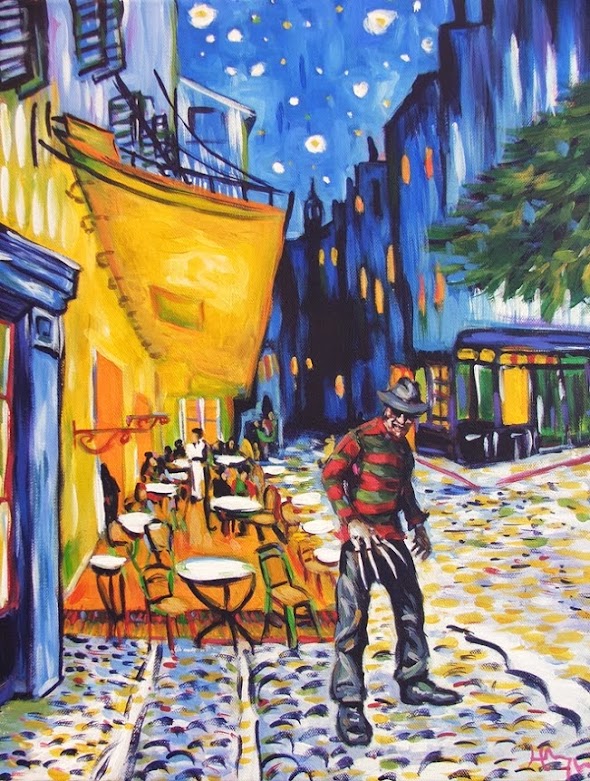 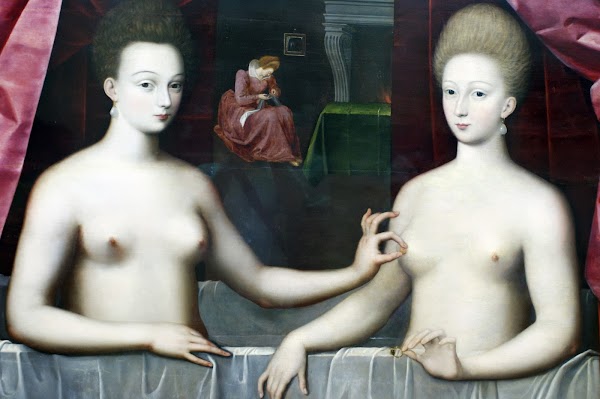 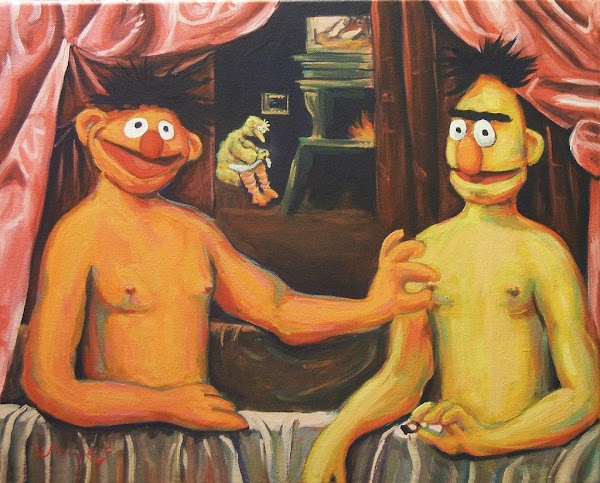 OK, so I just got around to watching Zach Snyder’s ambitious “Man of Steel“. I’ll admit I was a bit hesitant to cough up my $12 after having read mixed reviews of the film but noticed that many critics seemed more turned off by the darkening of the good old Superman film formula first brought to the screen by the smiley-faced Christopher Reeve in Richard Donner’s “Superman” in 1978.

Well, as in the case of Frank Miller giving Batman a newer darker identity in his classic “Dark Knight” series of comics back in 1986, I thought that perhaps this Man of Steel would be far more interesting than the tamer versions of the Superman character offered up by Christopher Reeve and, more recently, Brandon Routh in 2006’s “Superman Returns“. That Christopher Nolan served as one of the film’s producers thickened the plot considerably.

Here are several of my most immediate observations on the film:

1. I will never leave Mrs. Perez alone with a shirtless Henry Cavill. Not for a second.

2. Michael Shannon’s General Zod wasn’t half as good as Terrence Stamp’s Zod from “Superman II” (1980). One of the great screen villains of all time.

3. The relationship between Superman and Lois Lane was awkward and poorly developed (as was a good portion of the script).

4. I was getting tired of seeing Russell Crowe pop in to the film what seemed like every ten minutes.

5. Nice to see Kevin Costner again – he was terrific.

6. All the makeup in Hollywood can’t make Diane Lane look old and worn. She’s a beauty.

7. Zach Snyder & Co surely had as much fun spending the film’s budget on over the top special effects as Floyd Mayweather does “making it rain” at a strip club.

8. By the end of the movie, I felt like I was watching a Michael Bay film.

I was never a fan of Christopher Reeve as Superman (he bored the hell out of me) and the best film of that series was when Stamp stole the show as Zod in “Superman II”. 2006’s “Superman Returns” was a lackluster remake that continued the Lex Luthor/Kryptonite formula that, for me, needs to be locked away and the key destroyed.

Overall, “Man of Steel” offers a promising redux of a superhero in desperate need of a more serious side…and a cooler costume.