So I’m with my teenage daughter heading down to Miami for a short video shoot I’m working. I take the 25th Street exit off the Palmetto Expressway then head south on 72nd Avenue and on my left, sitting right next to the factory where my shoot is, I see this gloriously old and seemingly abandoned train. I pull into the lot of the factory, park the car and walk over to take a closer look at this imposing structure.

The train, lettered with “FLORIDA EAST COAST” on one of its lower rails, is nestled in between two factories; right next to what were once working railroad tracks. The exterior of the train is badly worn, rusted and sprinkled with graffiti. The windows of the train have been smashed, broken glass and debris litter the ground. Through the openings you can see more graffiti inside the walls of the train.

My shoot took about two hours and afterwards I grabbed my two Panasonic GH2 cameras, a few lenses (including a fisheye) and my daughter and I headed over to the train for a more in-depth look at this once (though as yet unbeknownst to us) prestigious collection of train cars (scroll down to the end of the photographs to learn more about this once marvelous train and the controversy surrounding its failed renovation).

Enjoy the photos (Oh, and you can also watch a video I shot HERE) 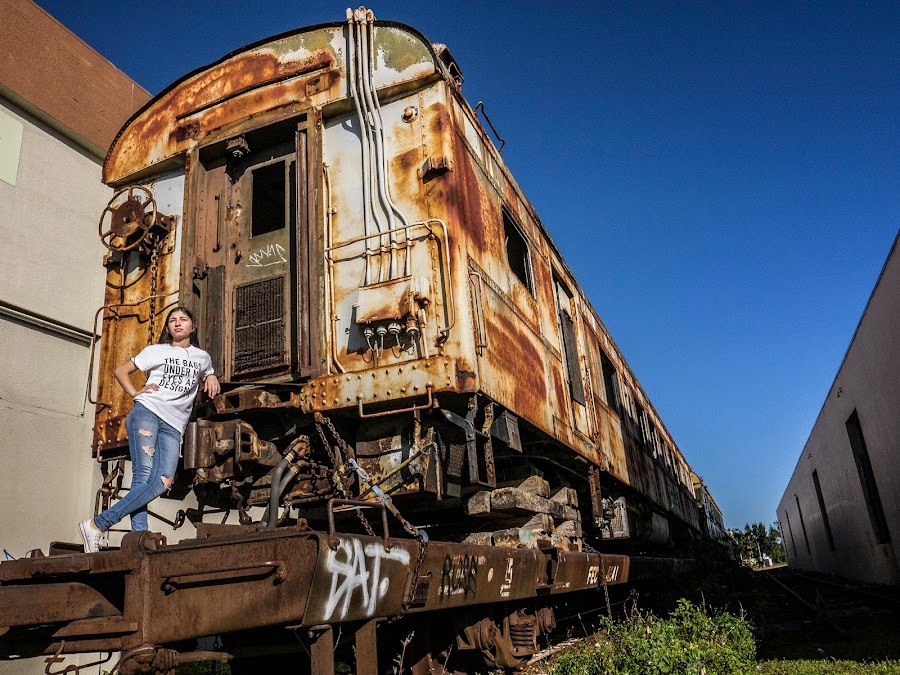 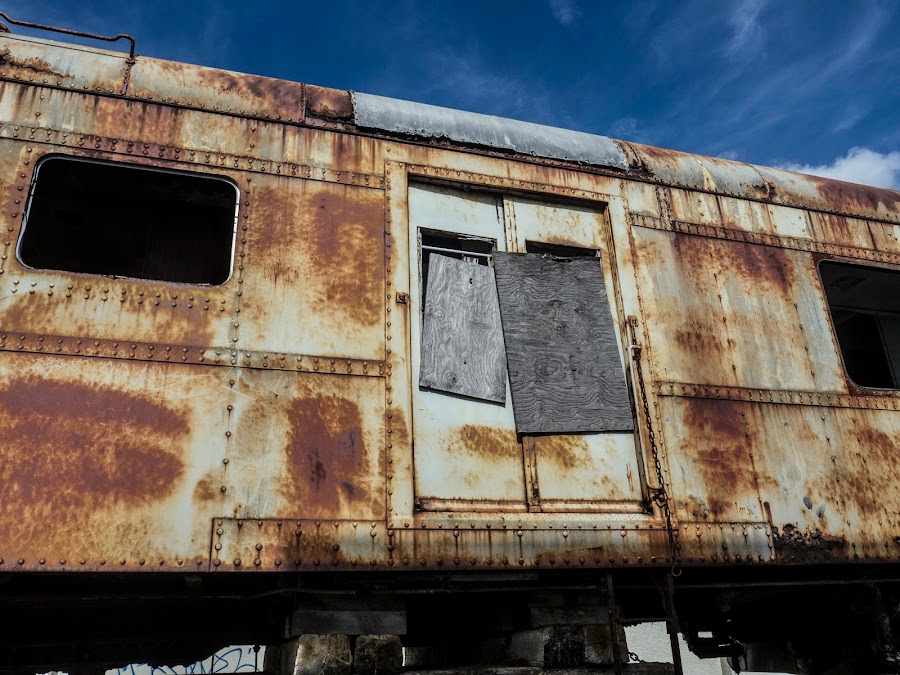 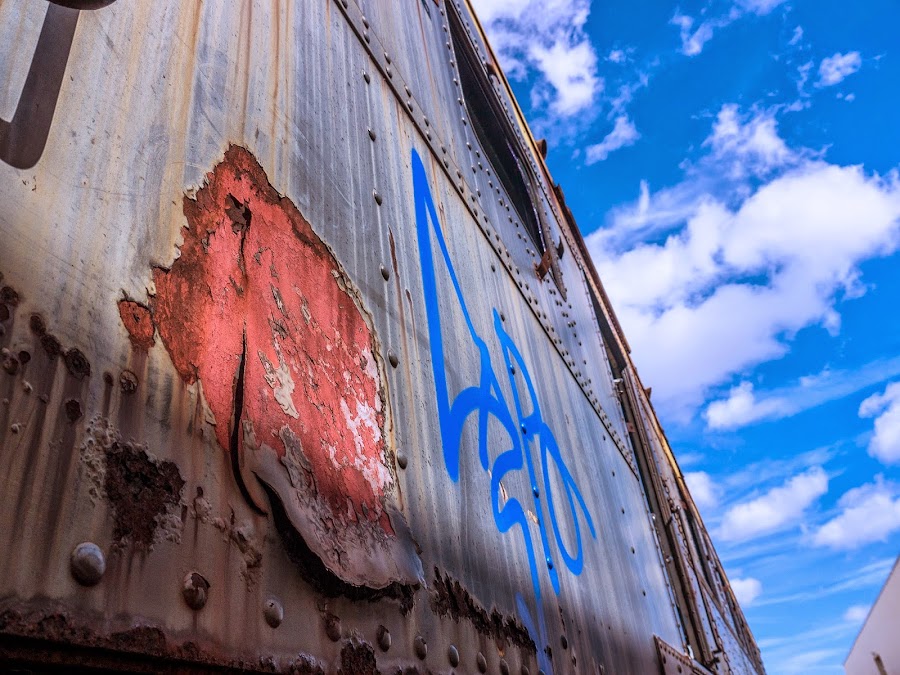 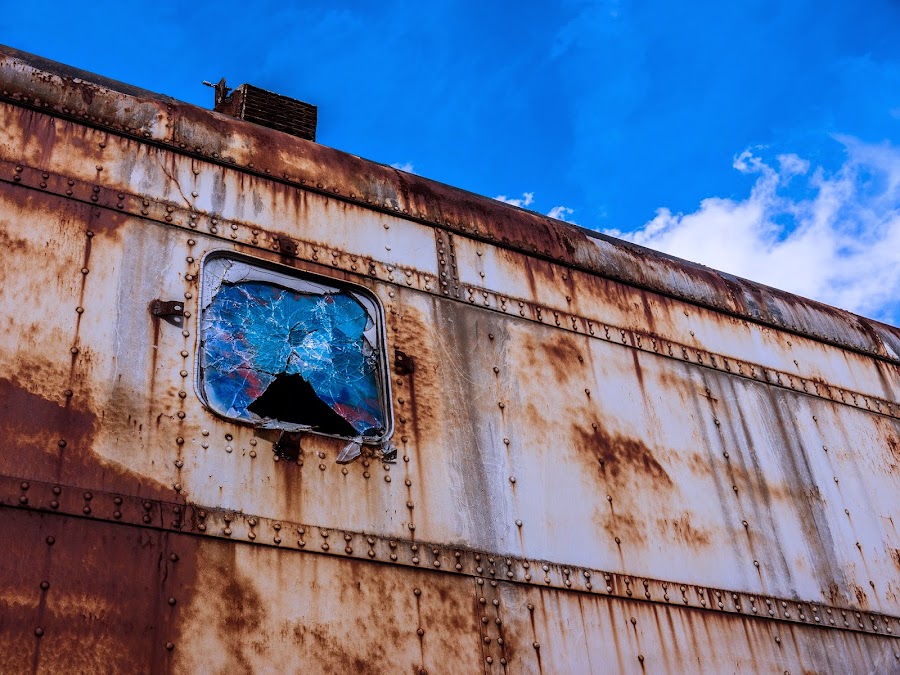 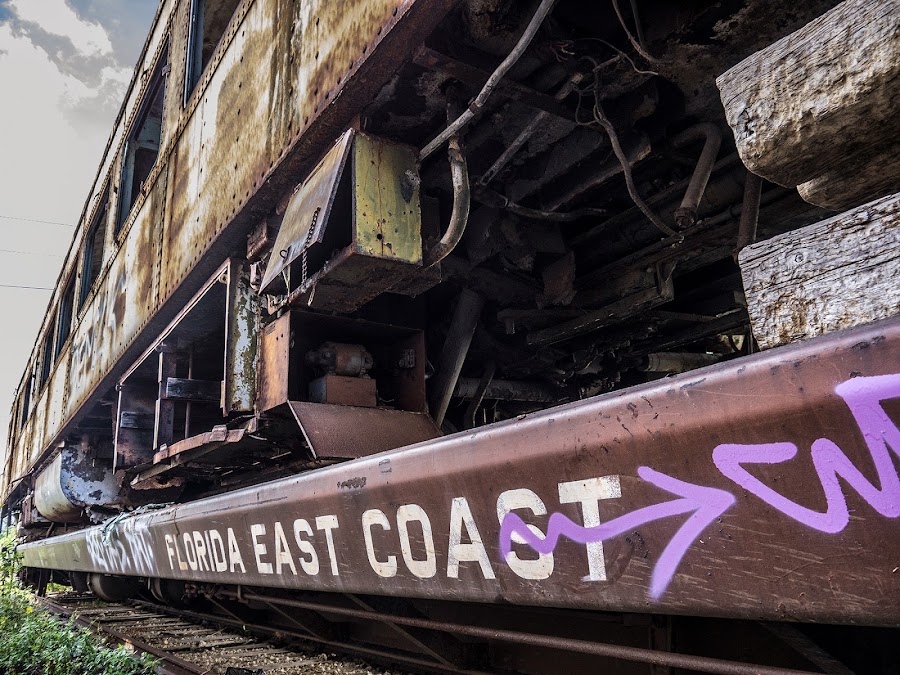 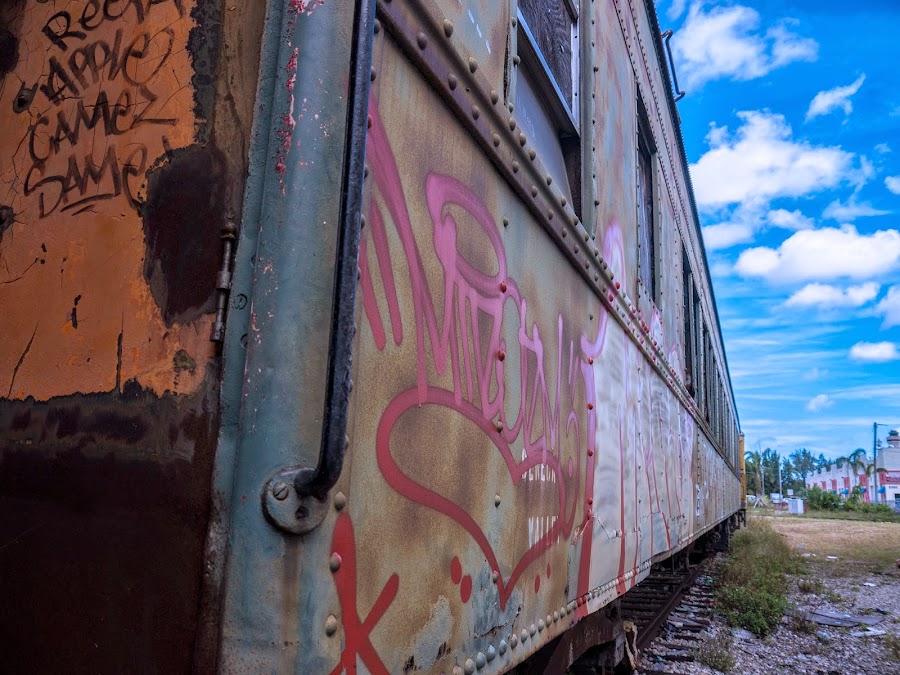 Notice the words POTUS I on the side of the train? Scroll down for more info… 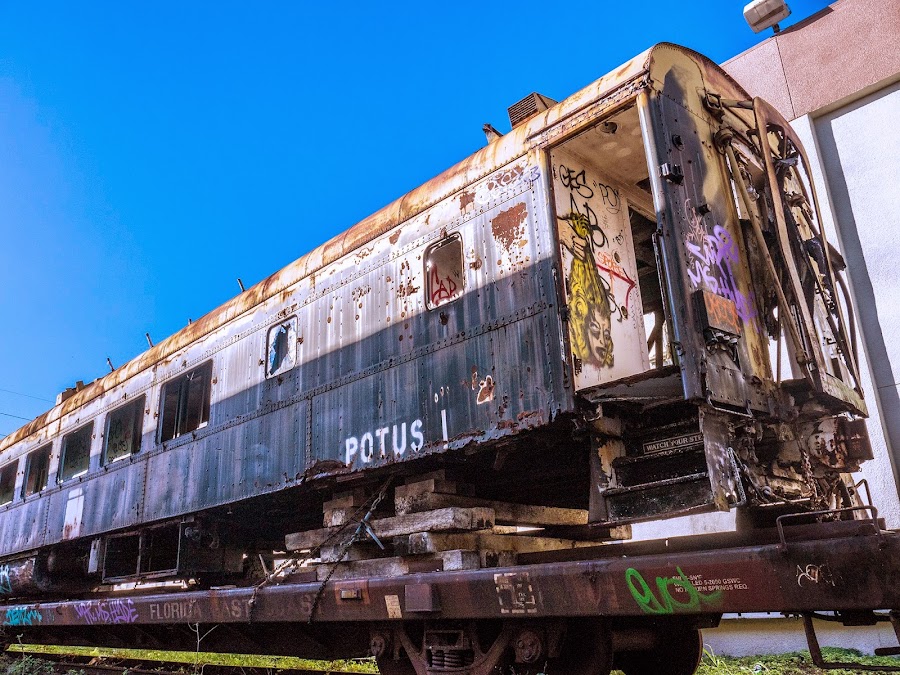 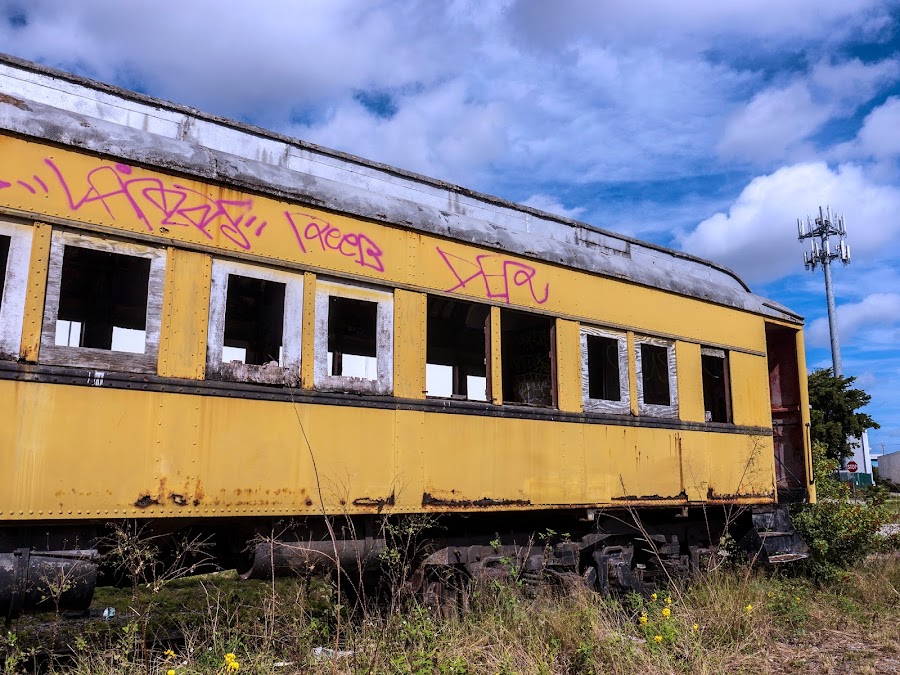 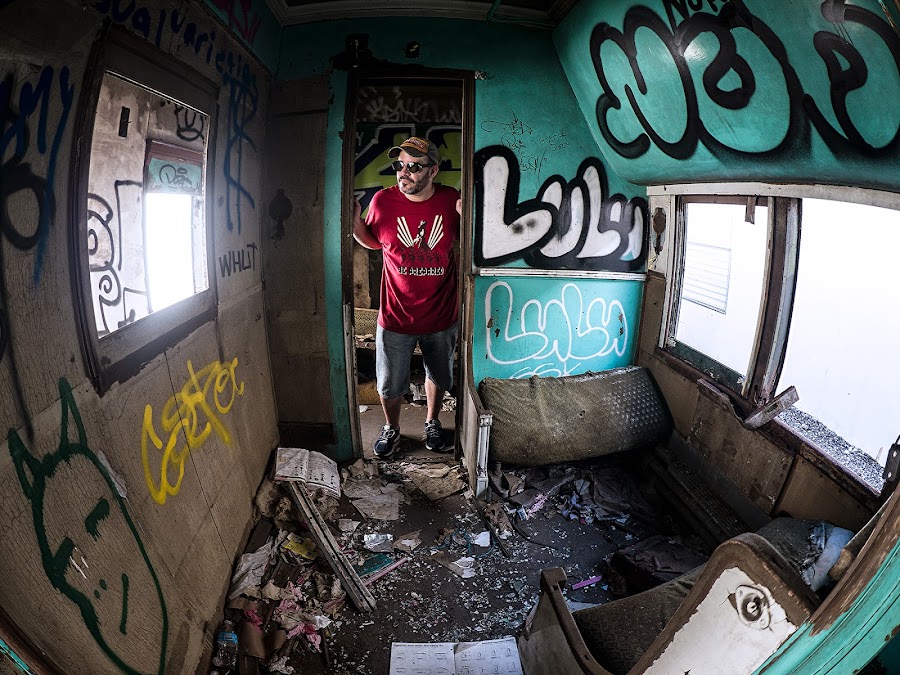 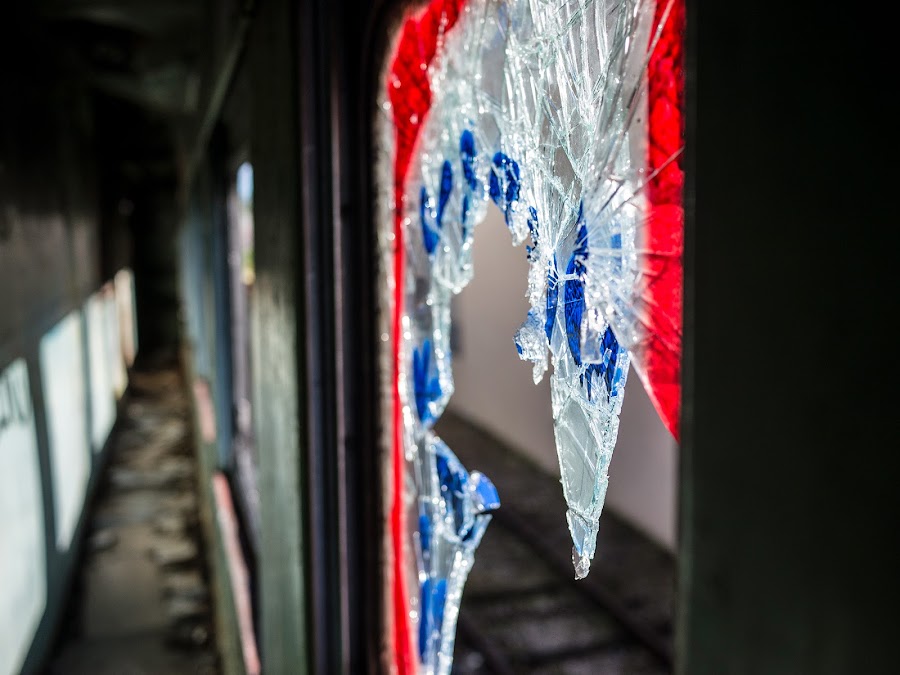 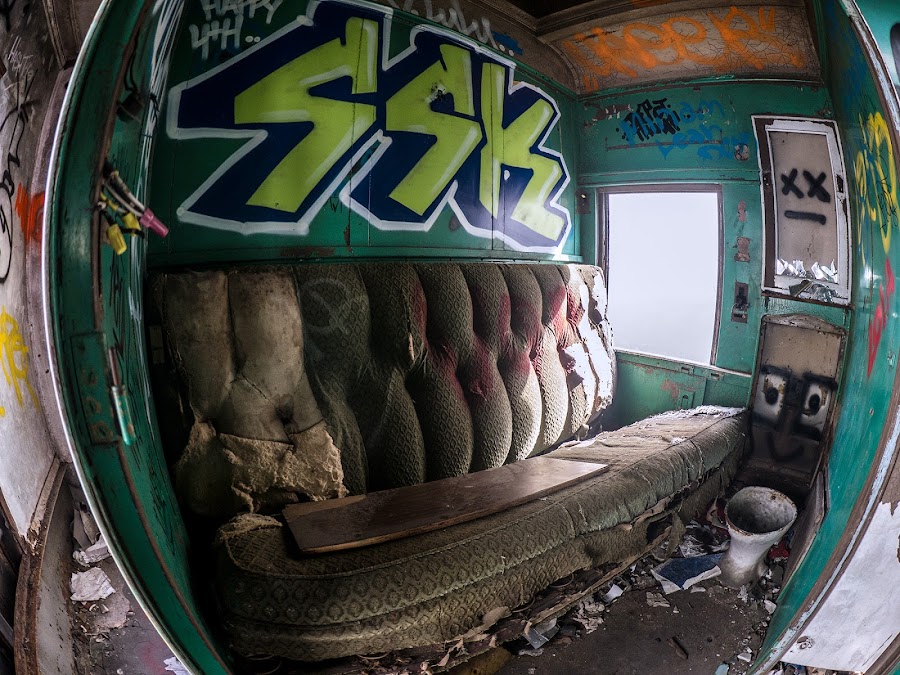 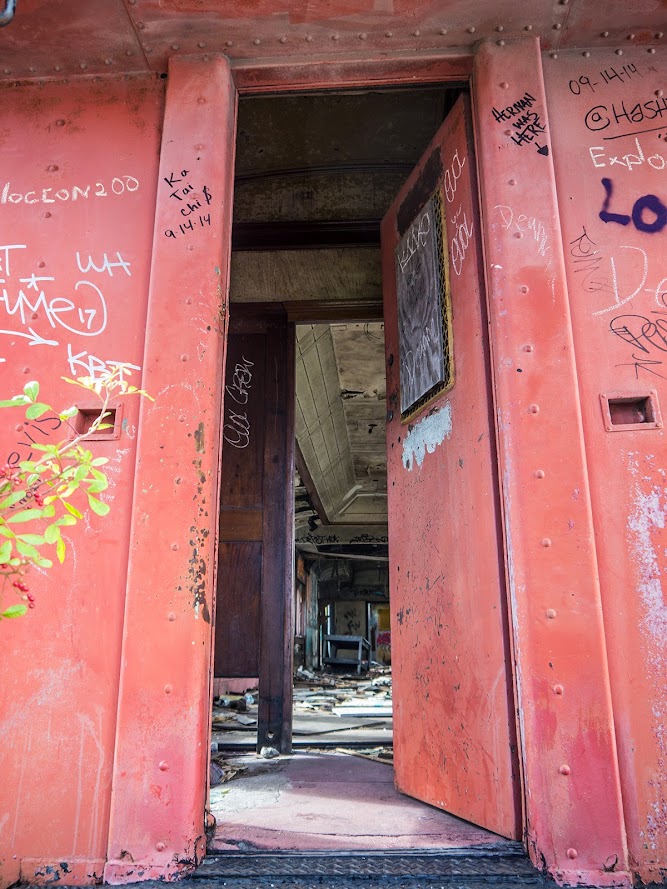 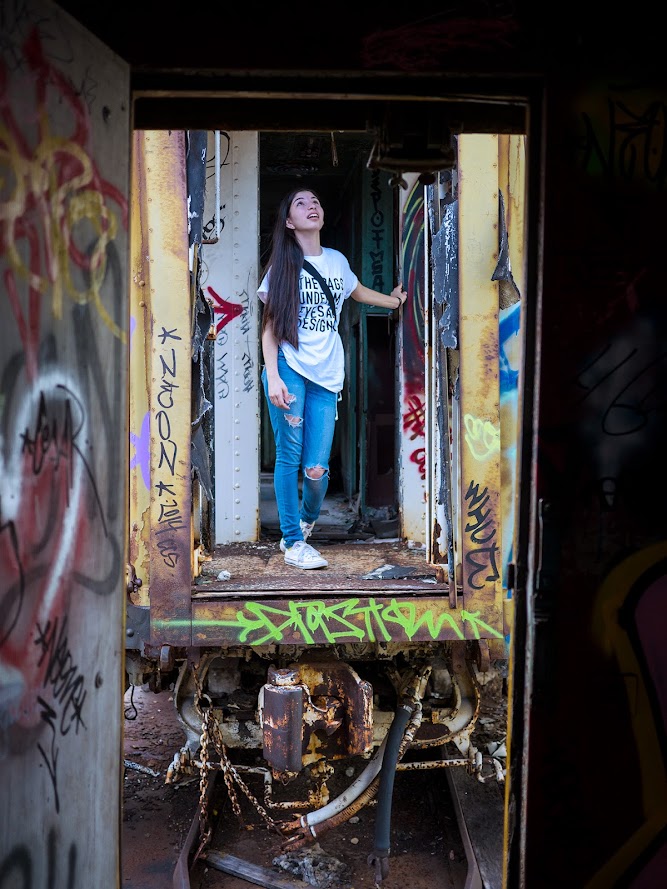 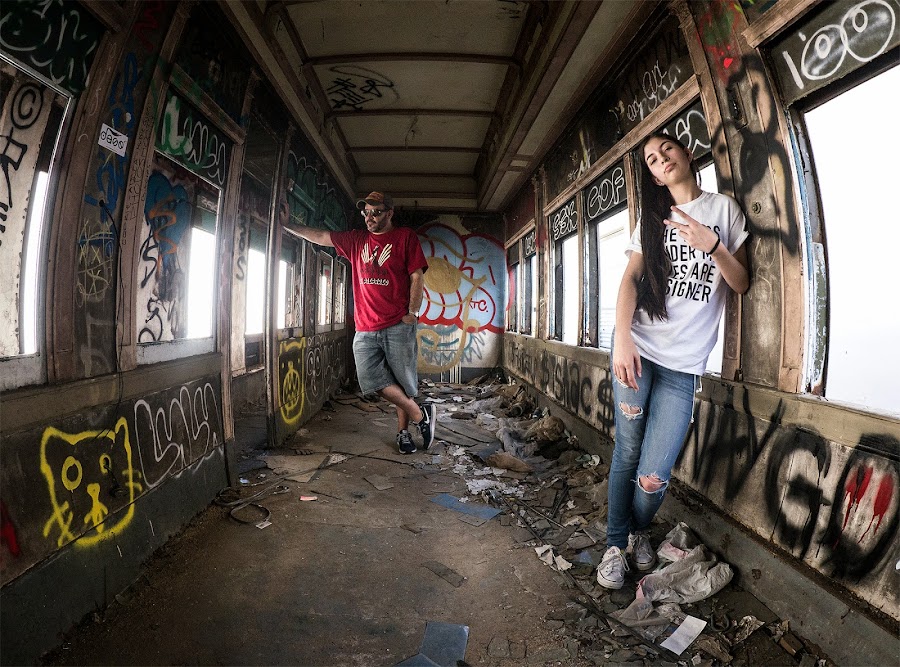 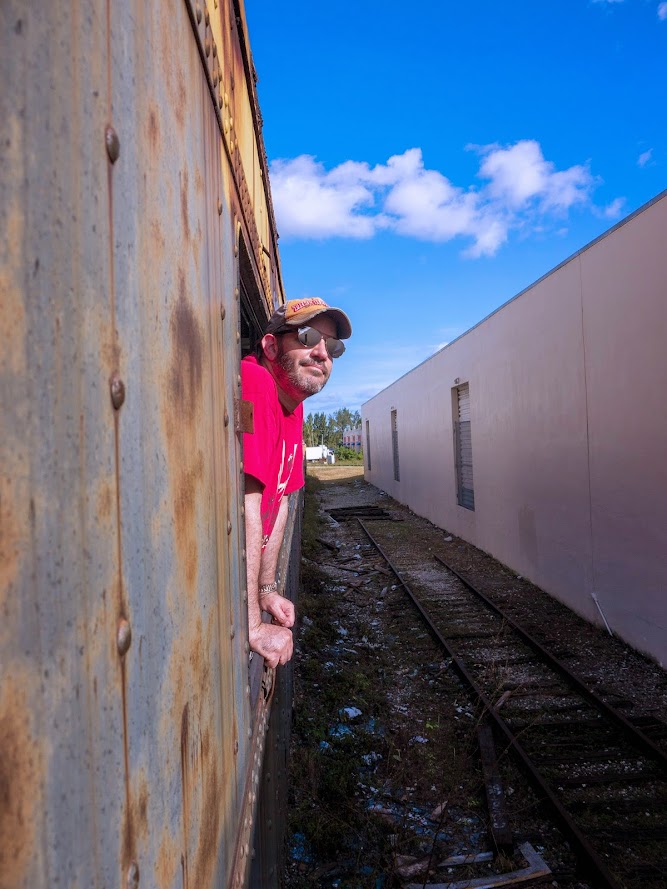 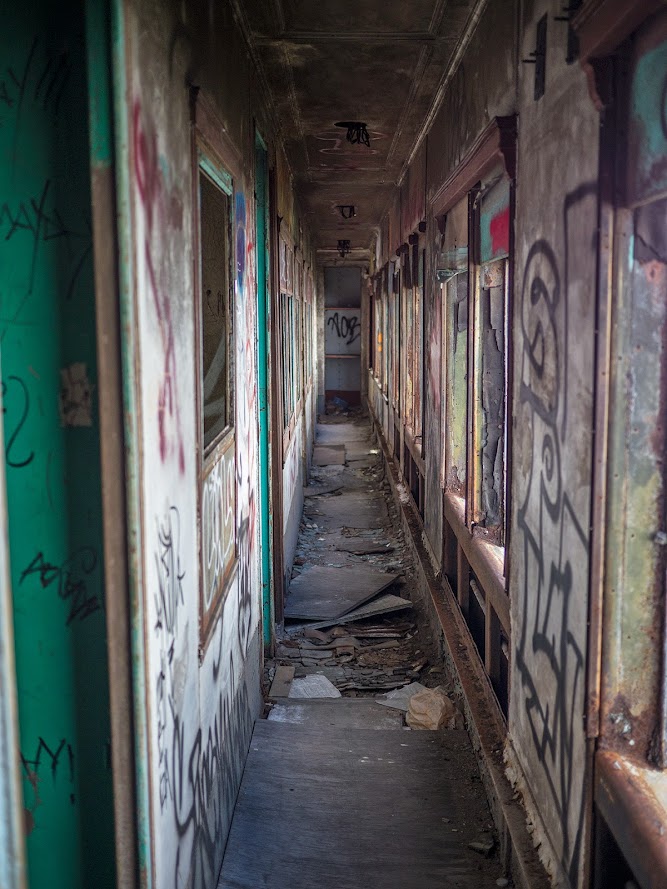 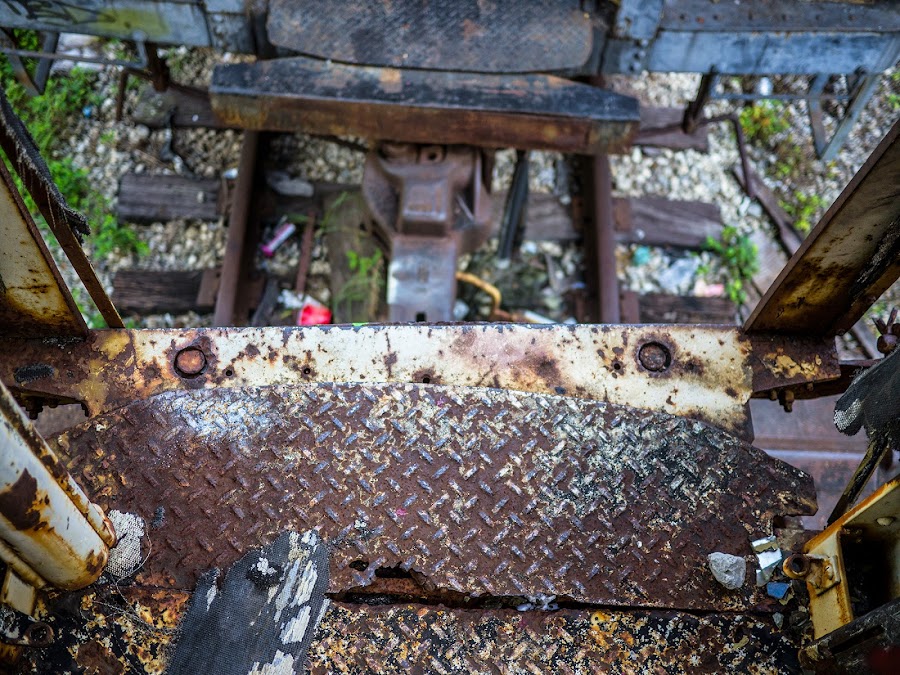 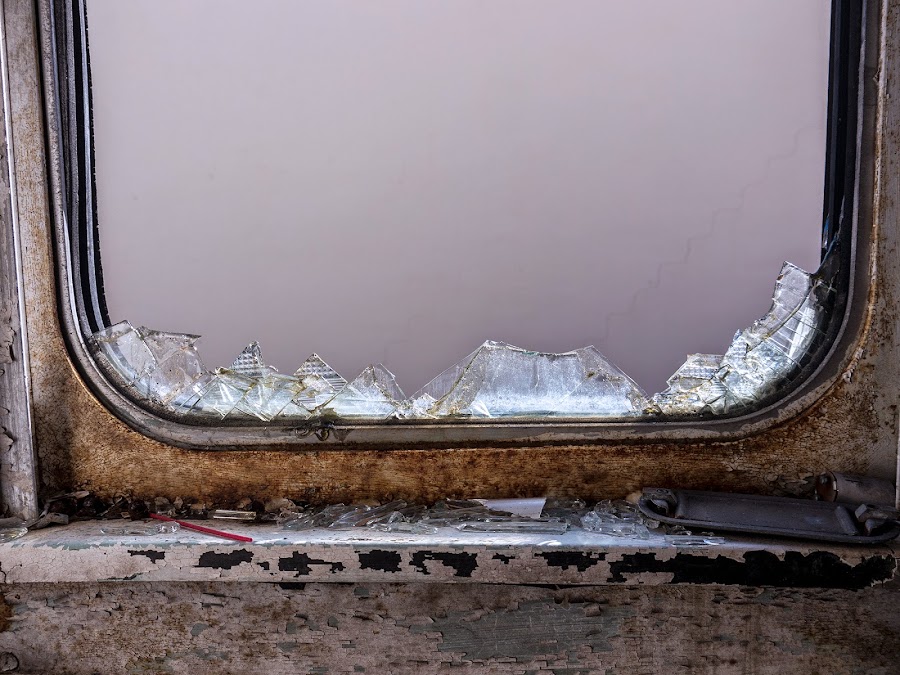 With such a badass location for taking photographs, we found we were not alone… 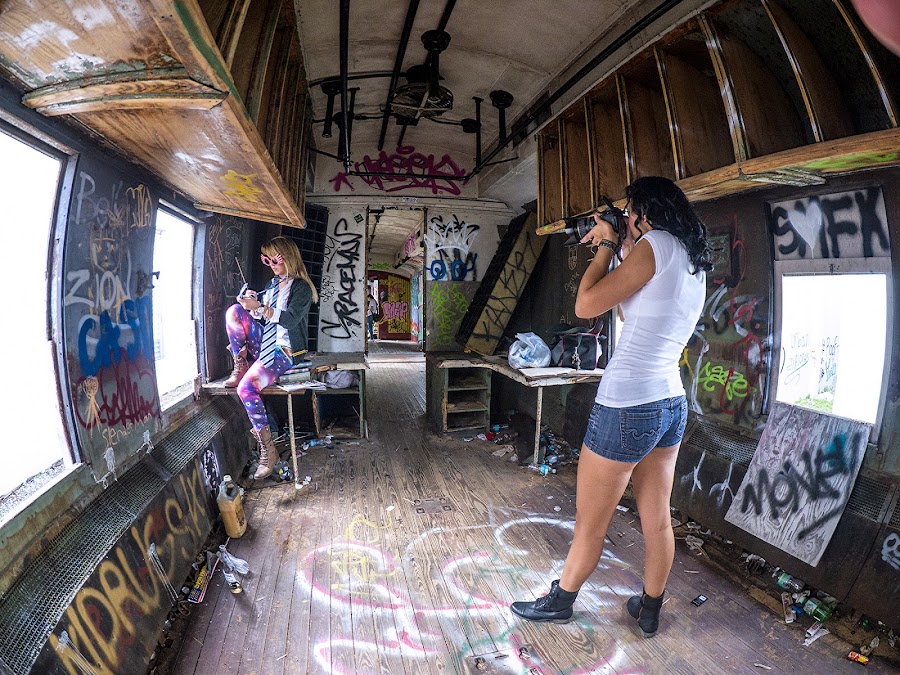 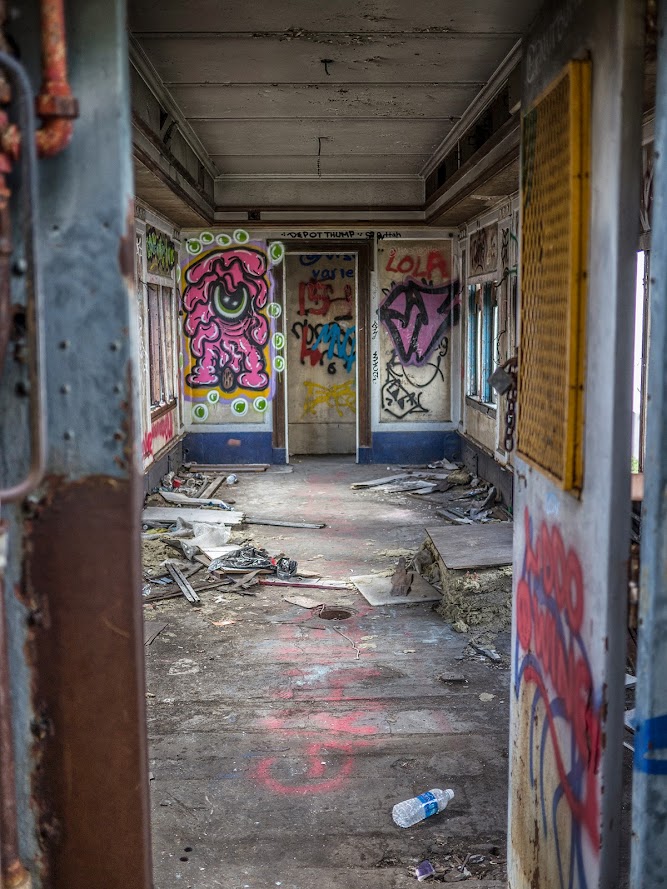 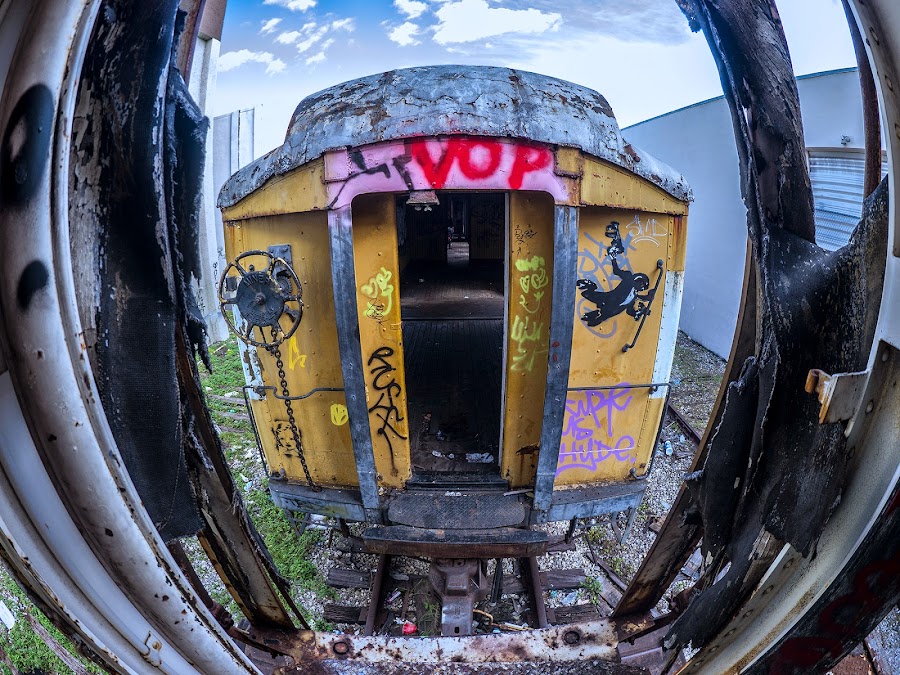 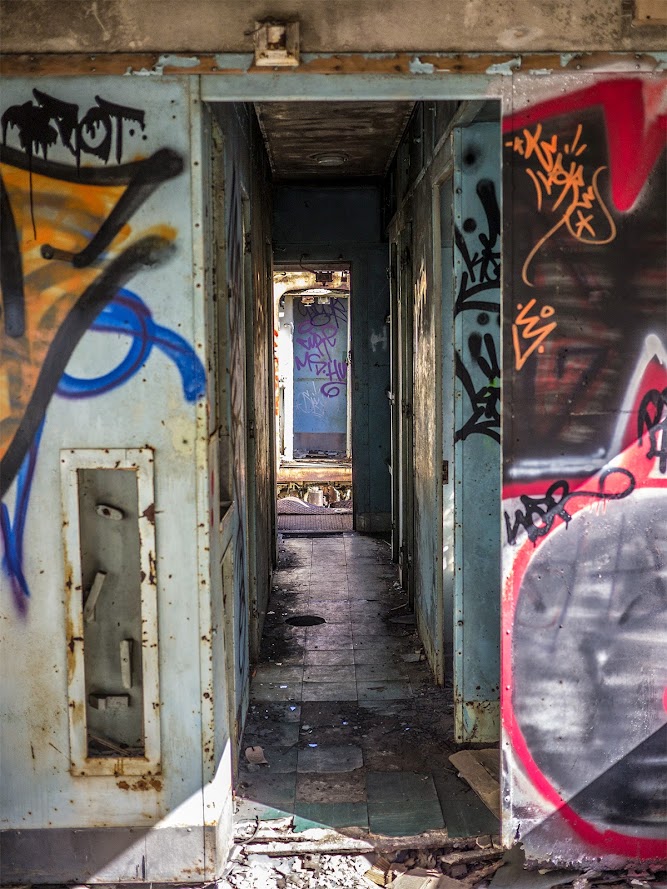 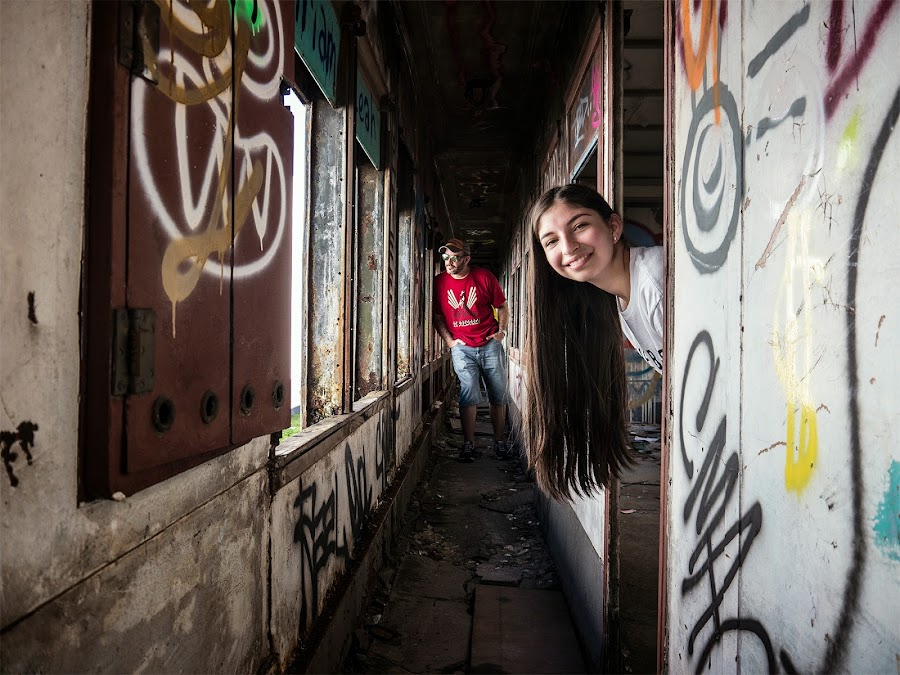 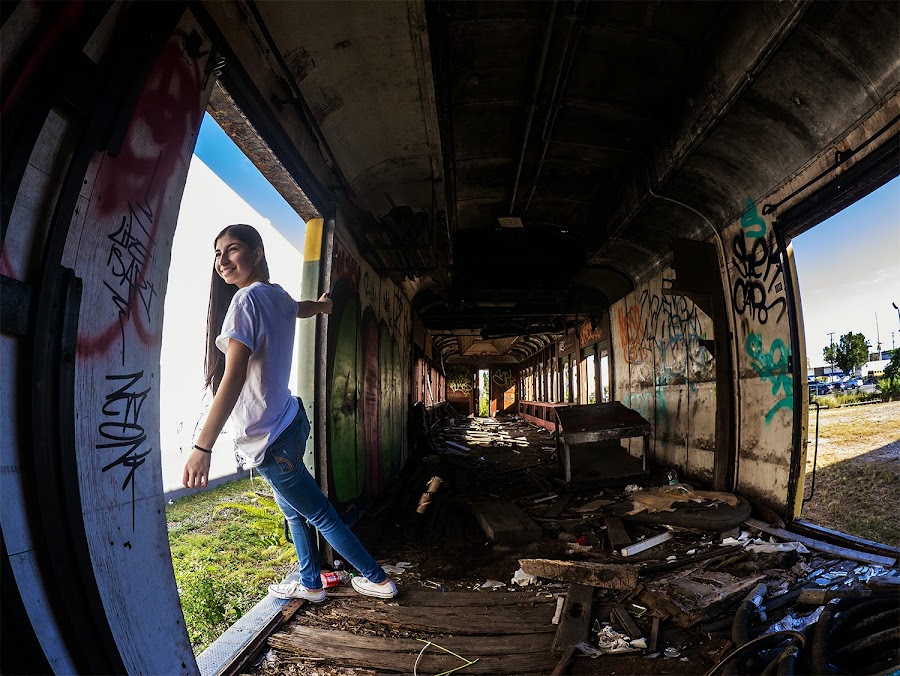 Thanks for viewing the pics and coming this far. Now when I got home, I tried to find out a little information about the train so I searched the internet for any information I could find about that particular train. First, a little history on Florida East Coast Railway, yes? FEC was developed way back in 1867 by Henry Morrison Flagler, an American real estate tycoon (also known as the father of Miami, Florida, and founder of the city of Palm Beach). Flagler was also John D. Rockefeller’s partner in Standard Oil.

Now about those glorious trains. I came across an article on curbed.com that led me to a couple of other posts at abandonedfl.com where some of the history of these now decayed trains was uncovered. Apparently, the train is a collection of railcars, one of which was built in 1912 by the Pullman Co. as a palace car for the Richmond, Fredericksburg and Potomac Railroad Line to carry dignitaries between Richmond, Va., and Washington, D.C.

The set of trains were set to be renovated in 2005 but the project failed, money was apparently misused and a fellow named Tony Campos, project director at the Hollywood Railroad Station Museum, ended up getting arrested and doing time.

It’s a shame these trains now sit decaying in between two factories in Miami but for one sunny weekend afternoon, they were a wonderful and mysterious playground for a father and his teenage daughter – it was a good day.