VACC Camp: A Day at the Beach for Ventilation Assisted Children 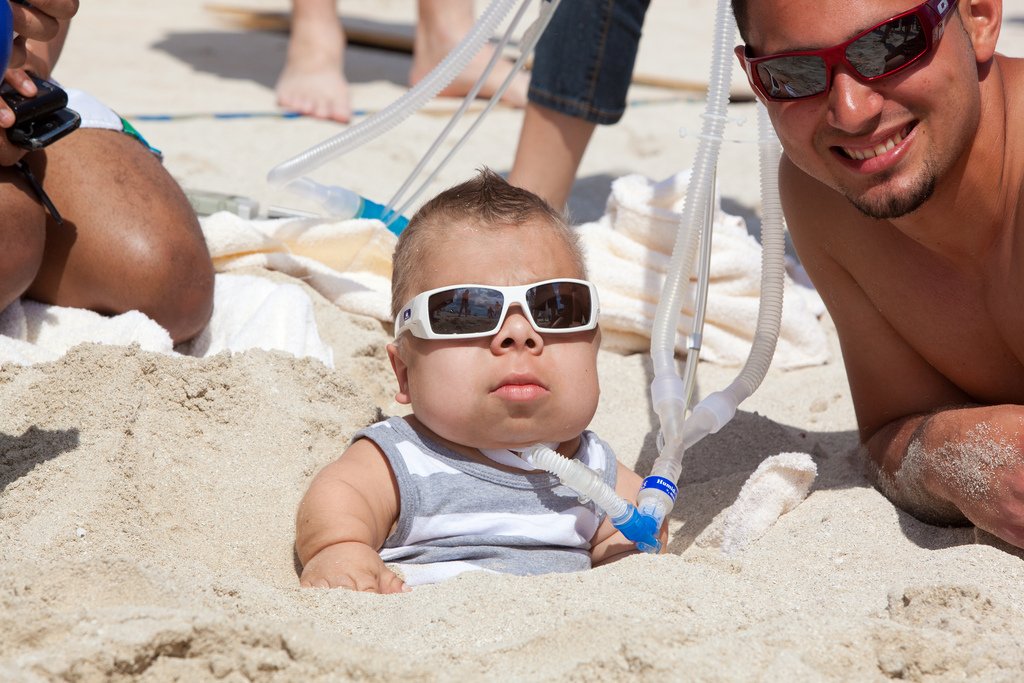 It ain’t no secret that I’m a huge supporter of VACC Camp (Ventilation Assisted Children’s Center), a free week-long overnight camp for children needing a tracheostomy ventilator, C-PAP, BiPAP, or oxygen to support breathing. The camp, which just celebrated its 28th year, is hosted each spring by Miami Children’s Hospital and attracts campers from throughout the United States and internationally.

Back in 2011, I was commissioned by Miami Children’s Hospital to document the camp’s 25th anniversary year. Spending a week at the camp and at the homes of the campers and getting to know the many young volunteers who give up their Spring Break in South Florida to be of service to these kids was a remarkable personal experience. The film (watch it HERE) had its world premiere at the 2012 Fort Lauderdale International Film Festival and took home the third place prize in the ‘Feature Documentary’ category at the 2013 ReelHeART International Film Festival.

I’ve returned every year since (with camera in hand) and have created short videos from select days at the camp. In 2012 it was “Pool Day” and in 2013 I was there when the good folks at Therapy Dogs, Inc. brought their special dogs to the camp. This year (this past week), I returned to the camp for one of the its most special events, “Beach Day”. Now, you would think a trip to the beach wouldn’t be such a big deal in Miami but for many of these children, getting a 300 pound motorized wheelchair through the sand is pretty much mission impossible. But that’s where the Miami Beach Firefighters come in.

V.A.C.C. Camp: A Day at the Beach from DanPerezFilms on Vimeo.

If you’d like more information on the camp, would like to be a future volunteer or would simply like to support the camp with a generous donation, please visit VACCcamp.com. Oh, and if you’ve got nothing better to do over the next 15 seconds, go like their facebook page – and tell them Dan Perez sent you 🙂