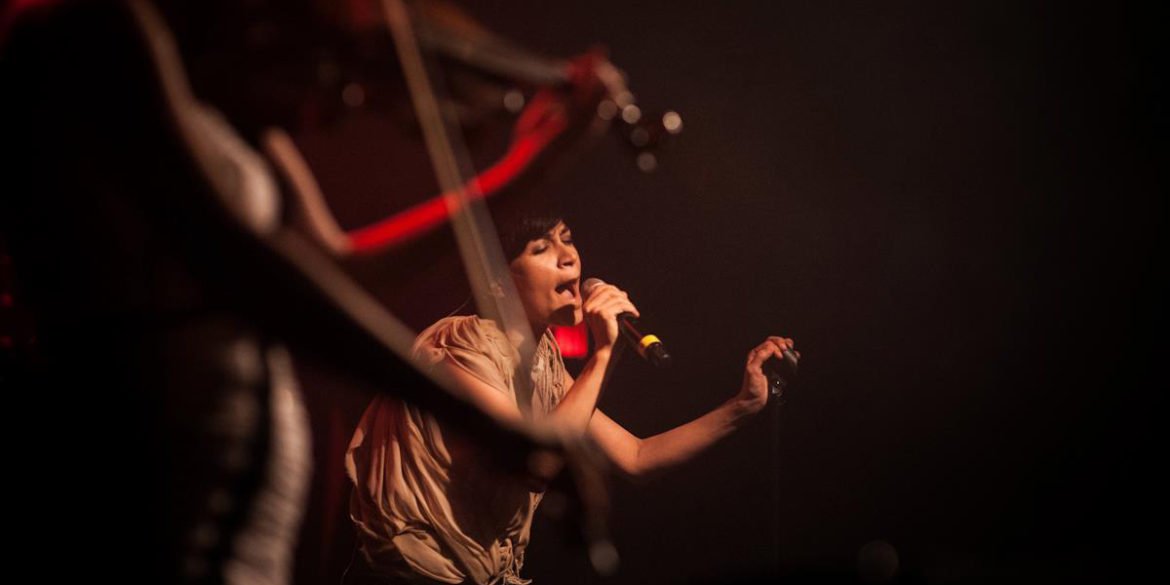 During my stay in New York City last year, I was contracted to produce a series of videos for the dynamic multimedia art cabaret, Le Poisson Rouge. One of the videos was a live performance by the popular New York based pop band Si*Se. Combining elements of soul, latin rhythms, electronica, and trip-hop with singer Carol C’s sensual voice, Si*Se creates an organic, mellifluous sound.

The band, made up of producer/keyboardist Cliff Cristofaro, drummer Ryan Farley, bassist Morgan Phillips, and violinist Nicole Arena, caught the attention of former Talking Heads frontman David Byrne back in 2000. He signed them to his Luaka Bop record label where they released their self-titled debut album. Byrne also took the band on his Look Into The Future world tour. Since then, they’ve shared the stage with acts like Norah Jones, Soulive, Arcade Fire, Kraftwerk, The Roots and James Brown; and their music has been featured in TV shows ‘Sex in the City’, ‘Nip/Tuck’, ‘One Tree Hill’, ‘Six Feet Under’, ‘Project Runway’, ‘Lipstick Jungle’, ‘CSI’, and ‘MTV’s Road Rules’.

Here’s a live performance video I produced for their single “More Shine” off their album of the same name. The performance features two special guest musicians: David Handler on viola and Justin Kantor on cello, both accomplished classical musicians.

Oh, and they also own Le Poisson Rouge.

SAVE THE DATE: Si*Se’s Carol C will be performing her first solo show at Le Poisson Rouge on Saturday, April 6. Don’t miss it!