Very excited to announce that my short documentary film GRAFSTRACT: The Bronx Street Art Renaissance took home the award for “Best Street Art Film” this past week at the 2015 New Urbanism Film Festival in Los Angeles.

The New Urbanism Film Festival NUFF2015 was created to move the conversation about urban planning out of the text book and beyond the council chambers and into the movie theater. The festival believes that how we design our cities effects everyone, not just legislatively and academically, but in a real day to day sense. New urbanism focuses on safe sidewalks and open spaces that encourage healthy lifestyle habits for ourselves and our community. The festival, which ran from October 8-11, included films on architecture, transportation and a street art walking tour of Melrose Avenue. 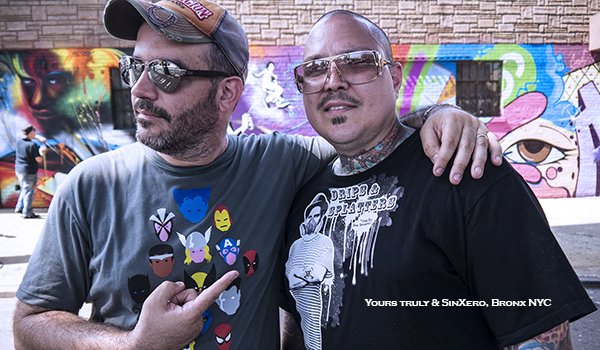 GRAFSTRACT: The Bronx Street Art Renaissance (which I directed, shot & edited) tells the story of Bronx street artist (and the film’s co-Producer) J. SinXero Beltran and his mission to beautify the Bronx through his TAG Public Arts Project. Working with some of the top street and graffiti artists in the country, SinXero’s mission is simple: “Enhancing The Visual Landscape of Urban Communities with Art”. That the film was also making its U.S. premiere at NUFF2015 made receiving this recognition extra special.

Moreover, because of the win, the film will also screen at the 24th annual Congress for the New Urbanism #CNU24 in Detroit, MI from June 8-11, 2016. CNU’s annual Congress unites the world’s leading experts for four days of education, collaboration, discussion, and debate on the policies, designs, and emerging approaches that create great places. I’ll probably be seeing you in Detroit in June. Nuff said. 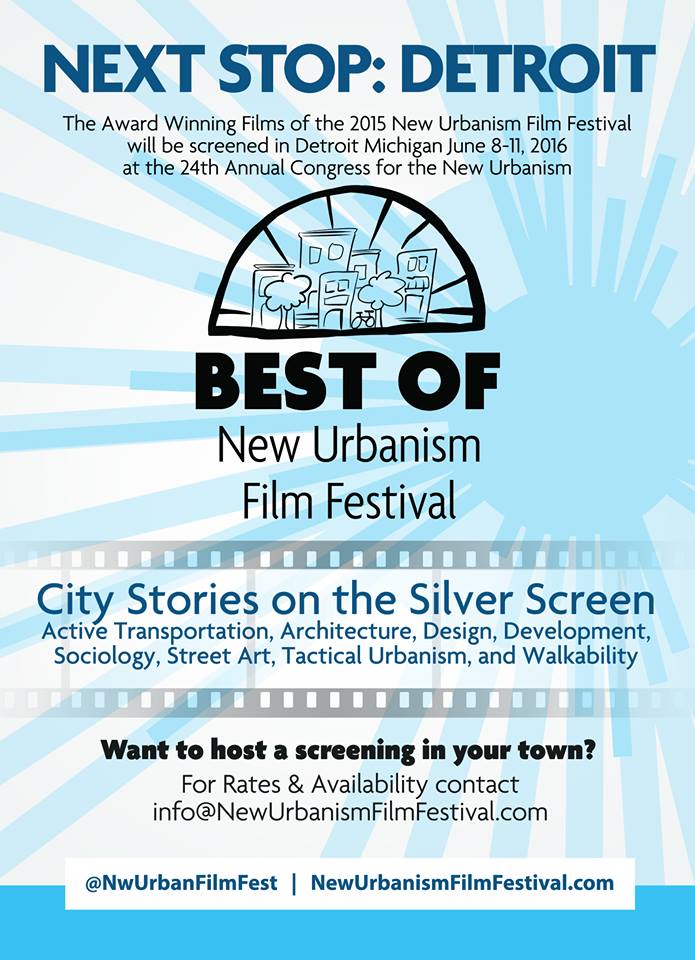 Oh, and if you’re interested in in exploring, examining, and evaluating urban design in your city, neighborhood, organization or city, why not host a screening of short films from the New Urbanism Film Festival? After three years of showcasing the best films on urban planning from all over the world, the New Urbanism Film Festival, has a library of films on almost every topic. When you purchase a screening option, you’ll get a conference call with the festival founder, Josh Paget, to discuss the issues facing your community and together you’ll choose a series of relevant films. The film screening can be used as public outreach and/or a fundraiser for your organization. For more information, visit newurbanismfilmfestival.com/host-a-screening or contact Josh Paget at Josh AT NewUrbanismFilmFestival DOT com.

Keep up to date with future screenings of the film by liking our facebook page!