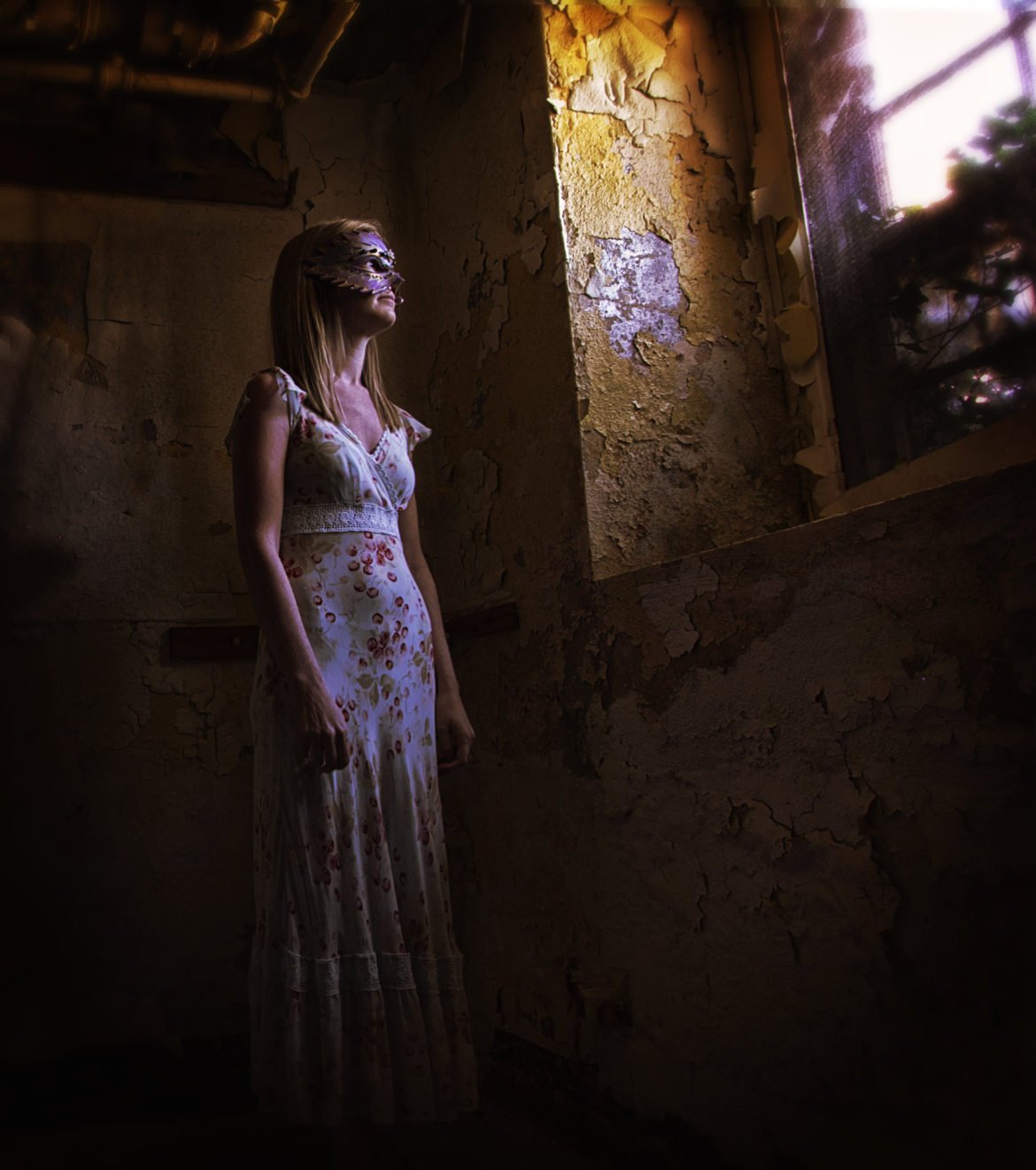 I came across an article in the New York Times recently titled Slaves of the Internet, Unite!, a scathing observation on the practice of asking creative people to offer their services for free in exchange for “exposure”. I mean, if you’re a writer, painter, illustrator, musician, singer, photographer, video producer, or purveyor of any other creative artform, you’ve probably been asked to hand over that thing you love to do and are trying desperately to make a living at – for free.
Well, not exactly for free – for “exposure”.

Exposure. You hear that word enough you begin to hate it. The practice of investing time and effort doing something you’re good at just to hand it over to someone who will most likely benefit from its use right away while you wait and hope that whatever “exposure” you receive will create an opportunity for you to actually earn some dough.

It ain’t easy making a living as a creative person, especially in this “content crazed” online society. Everybody wants content to share with their website’s “audience”, content that their “audience” will enjoy, content that will help boost their site’s popularity, attract a new “audience” hungry for fresh content – and they want you to provide it for them at no charge. Oh, my bad, I meant in exchange for exposure. Everybody else is giving it away – why should you get paid?

You do all the work, they get the immediate reward. It’s kind of like the relationship between a pimp and a prostitute, no? Except you don’t have to worry about getting gonorrhea – even if you do get burned most of the time. 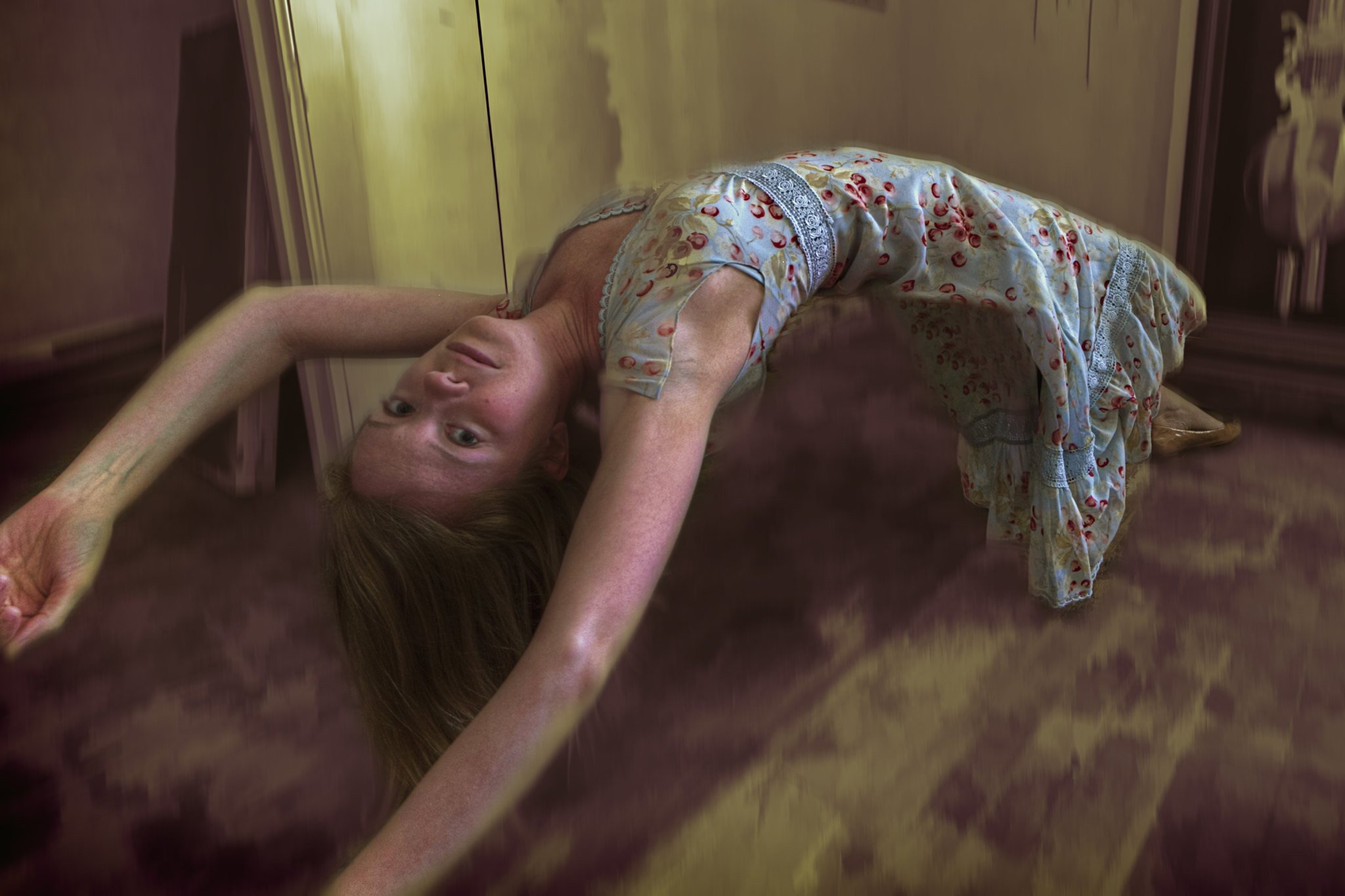 “So what you’re saying, Dan, is that we should never give up our unique talents in exchange for exposure, right?”
Wrong.
“OK, so WTF are you saying?”

What I’m saying is that exchanging your work for exposure can indeed produce positive results; even lead to acquiring new business opportunities. It helped launch my business and I still produce a few videos a year in exchange for exposure. What I’ve learned, however, is that when we give up our good stuff for nothing more than exposure, sometimes we leave money on the table; we give too much and settle for too little.

And sometimes we even start believing that our good stuff ain’t worth that much; that as long as one exposure opportunity leads to another exposure opportunity (then another and yet another) that we’re making progress. Ultimately, we find ourselves merely working for free – and comfortable doing it. Comfortably numb.

It all begins with an honest look at your abilities; your expertise. Is what you do even worth paying for? There was a time when I started my business that I was happy to just get exposure. I wasn’t sure if my work was really worth paying for (yet) and if it was, how much? Then I stumbled upon an opportunity to produce a big video for Miami Children’s Hospital Foundation‘s annual “Diamond Ball”, a $1000 per head fundraising event. A friend of mine who was an event planner and liked my work brought me in on the project, even got me paid very nicely (for that time). The scope of the video, however, was more ambitious than anything I had ever produced. I was a bit nervous about it but I sure as shit wasn’t gonna turn down that money.

So I shot it and edited it and then took it down to show the folks at the Foundation. They watched it in a conference room as I sat outside waiting. I thought the video came out pretty good but I was still very nervous. When it was over, they called me in to discuss it. I had a pad and pen in hand ready to jot down all their feedback and any changes they wanted. My palms were sweaty. When I entered the room, they were all smiling; they loved the video and didn’t want a thing changed. For me, however, everything changed on that day. 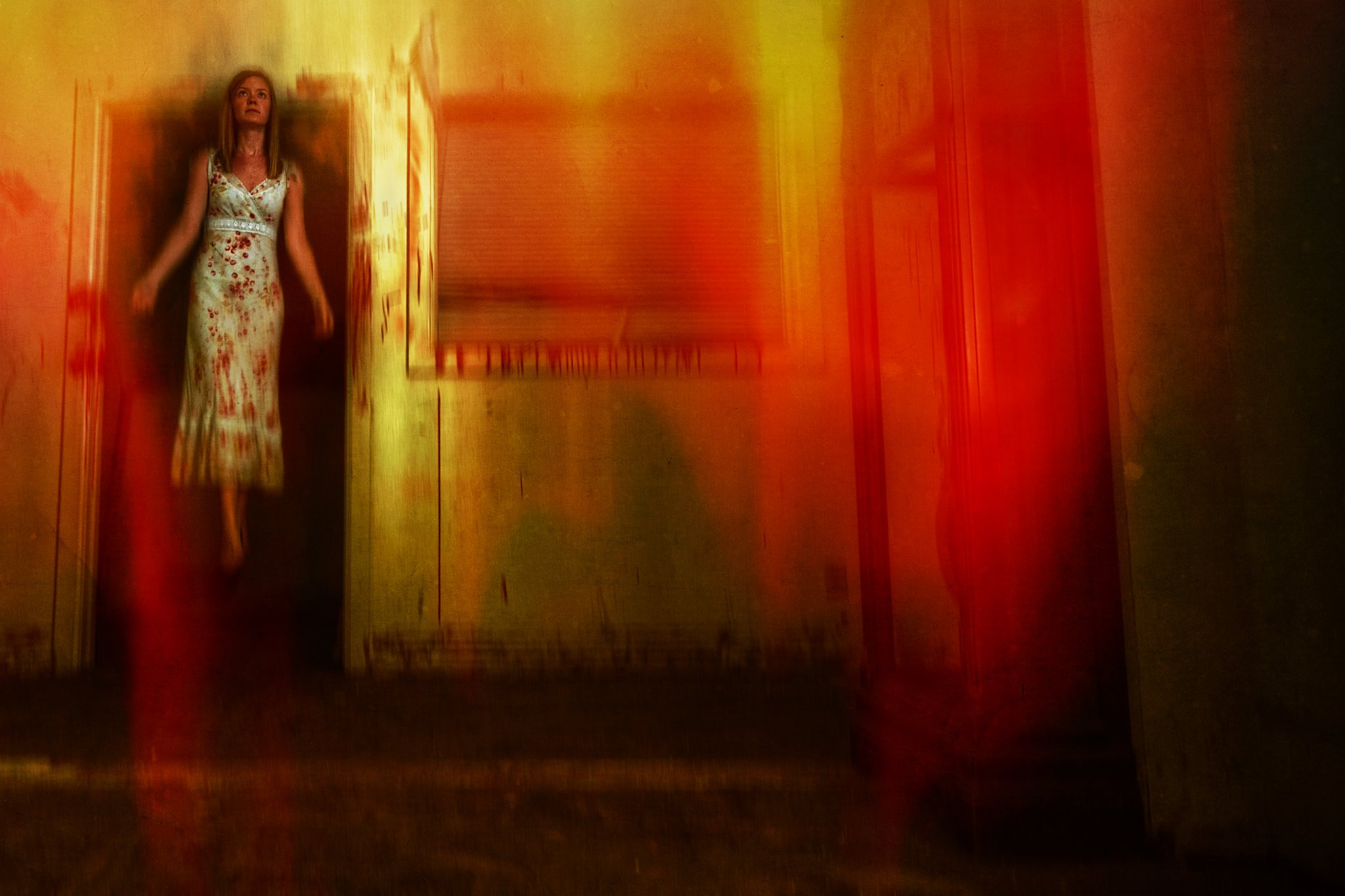 I started to realize that maybe I was better than I thought I was; that I could actually provide real value to a client with my video productions; that what I did was worth paying for – that was a game changer.

The following year, when my very first documentary film (which I shot and edited by myself) won an award at a film festival, I was a true believer in Dan Perez. I believed I was not only worth paying for, but paying well for…

And that’s where the change begins; where a hobby becomes a career; where exposure alone just isn’t good enough anymore.

{But Dan, you said you still produce a few videos a year for exposure – what gives?}

You gotta still market your business, yes? Find new eyes for your work, yes? I’ve found a few worthwhile exposure opportunities that help me “dig my well” so I won’t go thirsty. They usually involve producing videos for organizations that will play at fundraising events and award galas – events with an affluent audience that might have the need for my services. These “exposure” opportunities have proved beneficial to my business over the years but now I don’t just stop at exposure – I ask to be listed as an event sponsor with my company name, logo, and/or ad listed in the event program and invitations. I ask for more now because I believe I’m worth it.

Are you maximizing your exposure opportunities? Ask for more exposure than you’re being offered and you just might get it. 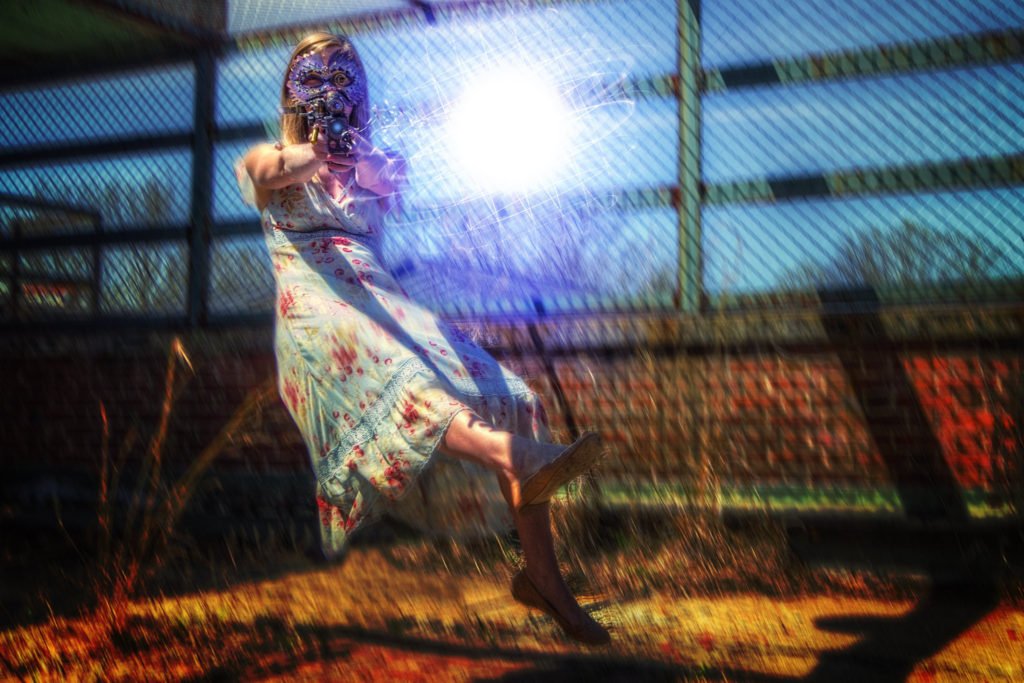 Creative people are usually very passionate about whatever art they produce. They’ve realized the ability to create something, whether it be with the written word, a song, a photograph or a painting, that can touch the soul of others. Their creations can make you laugh, make you angry, make you cry, calm a savage breast. They have a gift that the rest of the people who just work to make a living don’t have.

There’s value in that, no?

I know it ain’t easy making a living being creative – for many folks it’s damn near impossible. Being good isn’t enough. Passion isn’t enough. The difference between a guy selling his paintings for $250 one year then selling his paintings for $10,000 a few years later is merely a set of circumstances. Exposure helps create circumstances but once you get into the habit of giving it away, you’re gonna find less and less people willing to pay for what you’ve got to offer.

Eventually, we need to take a good look at what we do, gauge how good we really are at what we do, determine who would want to pay us for what we do (and how much we’re worth) and then target those individuals. Social media has made it much easier to get our work seen by others; facebook, twitter, linkedin (plenty of good groups to join there), and google+ (check out the many communities) are good places to start – if you’re not already there, get there and get active. Then consider first how your work can benefit *you* before passing it along for others to benefit from.

As creative people trying to make a living doing that thing that we do, we’ve got to know when to hold ’em, know when to fold ’em, know when to walk away and know when to run. For many creatives, exposure and keeping their fingers crossed is as good as they’re gonna get because that’s all their talent can command. But for those of us whose creativity is worthy of more, when we keep giving it away, what we do begins to lose value – in the eyes of others and, more importantly, in our own eyes as well.

And we’re better than that…

Love this post, Dan. I think the most difficult transition for many with profound creative abilities is to put on the hat of a business person to do the highly prosaic accounting calculation, namely: What exactly is the retail value of my “free contribution”. There always is a dollar value, you know. (Otherwise- we marketing people could not engage in “soft trades”). And once you know that, even for folks that ask for your creative services for free, you know they owe you that credit in dollars future forward. To young creatives, I say know that dollar value, bide your time and watch those who owe you credits for opportunities to get payback (note i purposefully avoid the word “ask”). Maybe I’m an over-optimist, but my experience at least is that with this follow-through, and where you delivered in the past, you’ll rarely get ripped off in the future. 😉

I find this a bit ironic. Being as my photos were used without my permission, were not paid for, and a link was given simply for “exposure”

You can cut the irony with a knife, yes?

“Like us on Facebook and you’ll make us really happy; we’re still not sure why, though, but studies have shown that people who like our Facebook page are 37% cooler than people who don’t… ” I love this comment; I’m still chuckling over it.

I enjoyed the information here, but especially the approach. I sold my soul as it were for exposure over the last 3 years to a not for profit out of Portugal, but I had a plan. When that entity took my work, it also included the name of my choice of an animal shelter to offer their donations to. Then some of my work there got teleported to Cyprus in a book called Creature Features, which that year won an International Award for a book of its kind. My pieces were scattered throughout the 200 page full color book, so more of my pieces were included than those of others. It went to 62 countries and about 7,000 recipients. Cheers, DonA

I represent an artist who has been a professional for over 20 years. We still get “opportunities” to do free work for exposure!

Of course, we turn them down now; in the past, the exposure work never got us exposure. I find that when you do work for free, the “client” has no skin in the game, so there’s no guarantee they will ever do what they promised to get you that exposure.

Usually, when you do free work, the only opportunities that come from that is offers for more free work!

I tell these ‘generous’ people who offer exposure this: you can pay us full price, and any new business that is generated from this project, I will pay you a 20% commission! That’s fair, right?

People who ask for free or cheap work are not quality clients.

PS: For an artist who is new, say still in college and building a portfolio, yes, taking on a few low paying projects is a good idea to build up your confidence in your work. But never do anything for free. People won’t respect you.

No, if you don’t have any money. And you wasn’t born with a gold or silver spoon in you month. Then by any means you get your art out. I am a working actor. And the only way I am a working as a actor is by my drive to keep my self and work out their. I have made now three award winning films. With stars like Tony Todd ( candy man ) Johnny Brown from (good times). Irma people Hall. Why did they help me ,With no money? Because they believe in my art and wanted to give back. They wanted to work with new people to give then a chance to show the world what they can do. It’s hard to do with no money, And I have a story to tell.