The Flagler Museum (In Pictures) 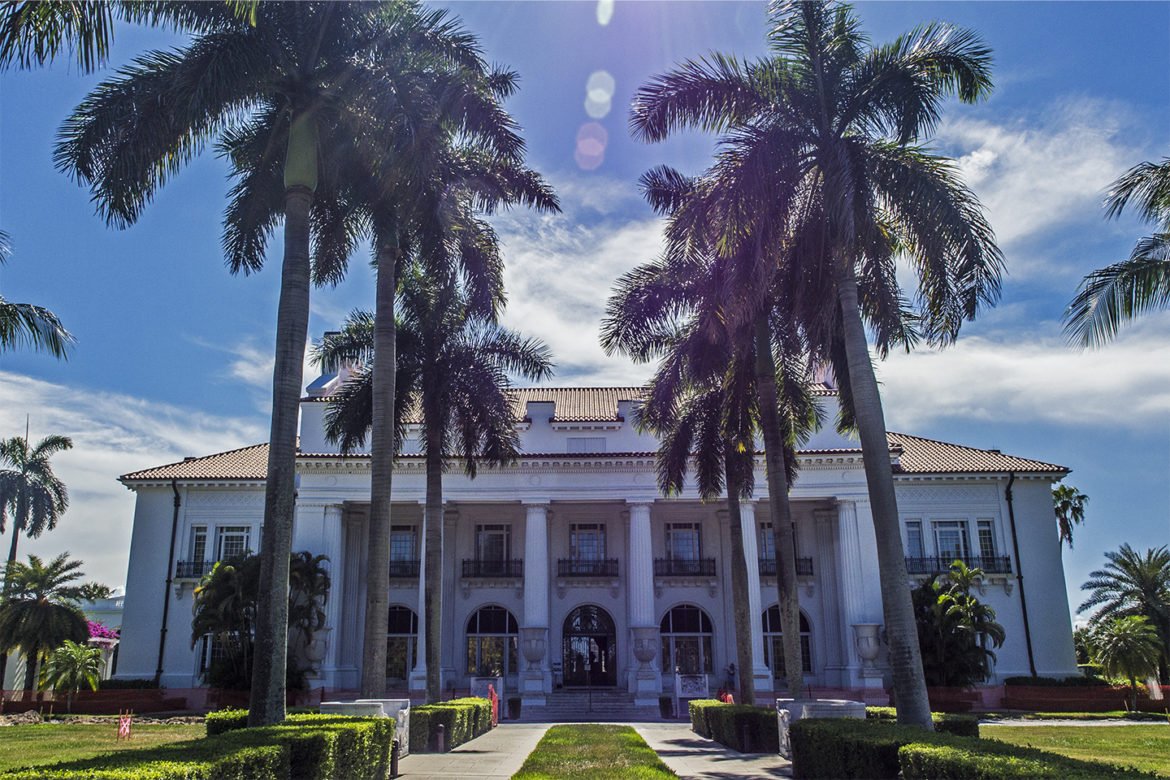 It’s hot in South Florida. Damn hot. From right around now until about November, the weather is just about the same every day: hot and humid with a chance of thunderstorms. So on this past Father’s Day, we were looking for something fun to do that wasn’t outdoors. Being a lover of art and museums, I came across the Flagler Museum up in Palm Beach. It seemed like a pretty decent way of spending a few hours in air-conditioned comfort so we drove up there.

Now, for those of you who aren’t familiar with Henry Flagler (January 2, 1830 – May 20, 1913), he was an American industrialist who played a key role in the development of the Atlantic coast of Florida and was founder of what became the Florida East Coast Railway. He is known as the father of both Miami and Palm Beach, Florida (guess he wasn’t all that interested in Broward County). Before that, he was founding partner of the Standard Oil Company with a couple of cats named Samuel Andrews (a British chemist and inventor) and John D. Rockefeller (yeah, that guy).

In 1902, Flagler built Whitehall, a 75-room winter retreat designed by the New York-based firm of Carrère and Hastings, which also had designed the New York Public Library and the Pan American Exposition. The 60,000-square-foot home, which was described as, “More wonderful than any palace in Europe, grander and more magnificent than any other private dwelling in the world…” by the New York Herald, was a wedding present for his third wife Mary Lily. As for his second wife, Ida Alice Shourds, she had been institutionalized for mental illness since 1895. In 1901, Flagler persuaded the Florida Legislature to pass a law that made incurable insanity grounds for divorce(!), opening the way for Flagler to remarry. Flagler was the only person to be divorced under the law before it was repealed in 1905 (it’s good to have money and power, yes?).

Ironically, in 1913, Flagler fell down a flight of marble stairs at Whitehall. He never recovered from the fall and died in Palm Beach of his injuries on May 20 at 83 years of age (this is exactly why I don’t have marble stairs in my home). Today, Whitehall is a National Historic Landmark and is open to the public as the Flagler Museum, featuring guided tours, changing exhibits, and special programs. It’s also a pretty cool place to spend a few hours. They give guided tours of the home but if, like us, you’d rather roam around for yourself, each room has a distinct number and they give you a cool little audio device with a keypad (no cost) that gives you the history of every room simply by pressing that number on the device. 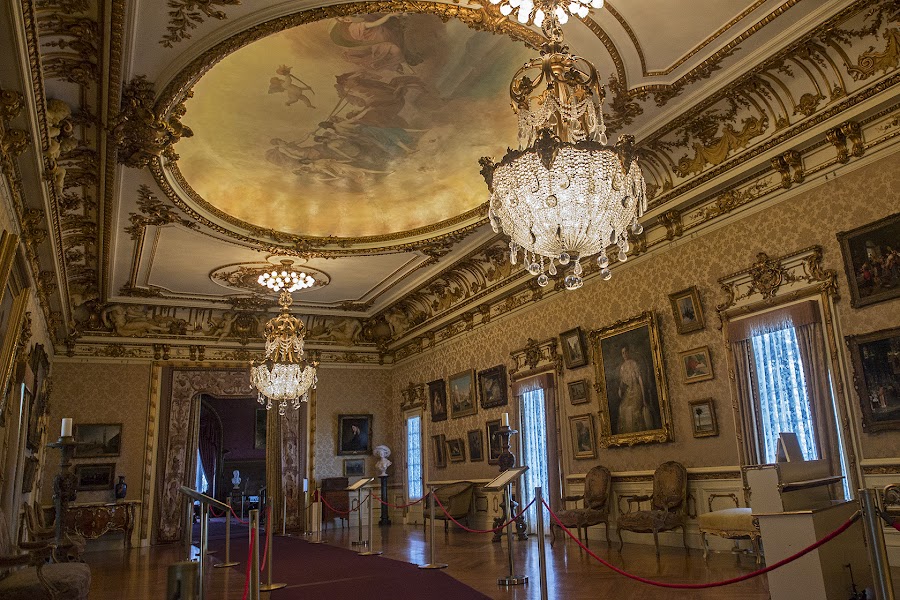 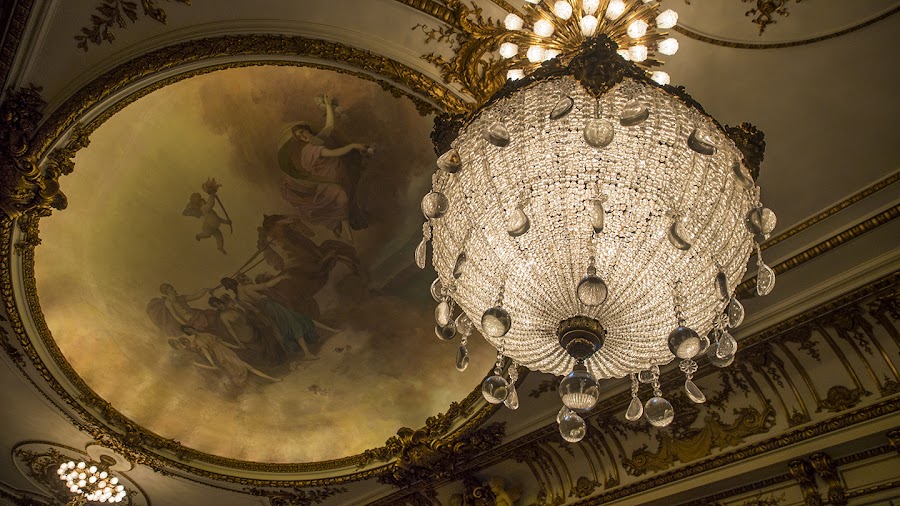 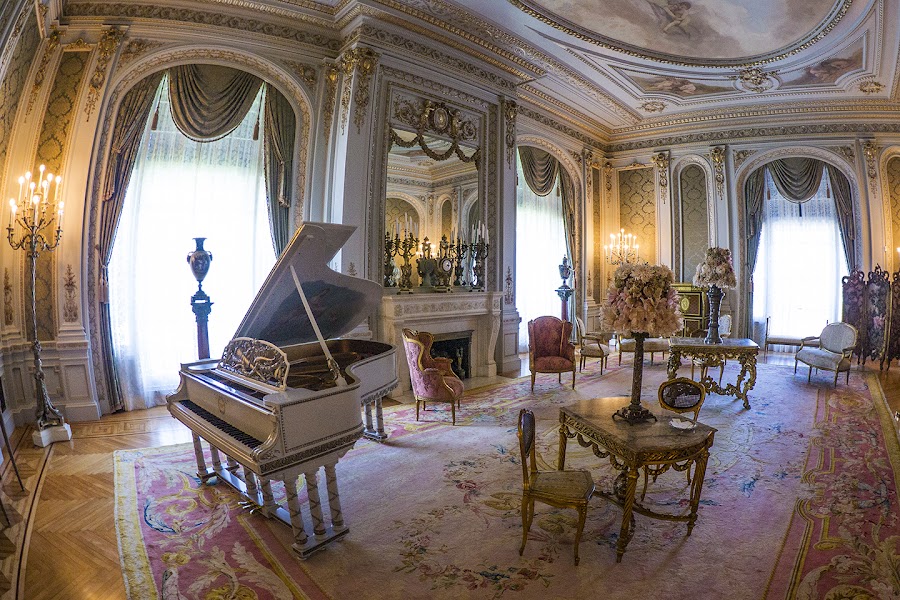 The Music Room is also where Mrs. Flagler hosted bridge parties and sipped afternoon tea (being married to a really rich guy has its advantages) 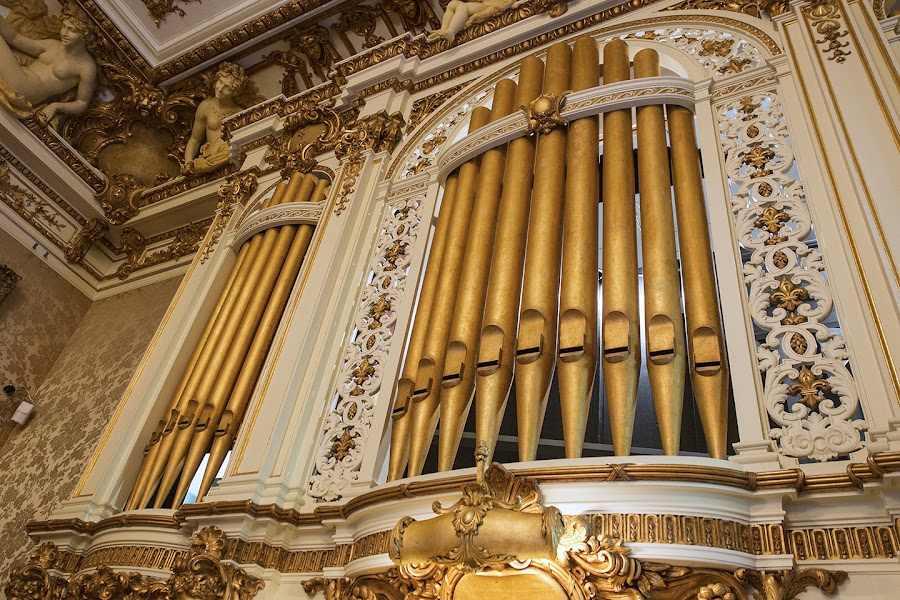 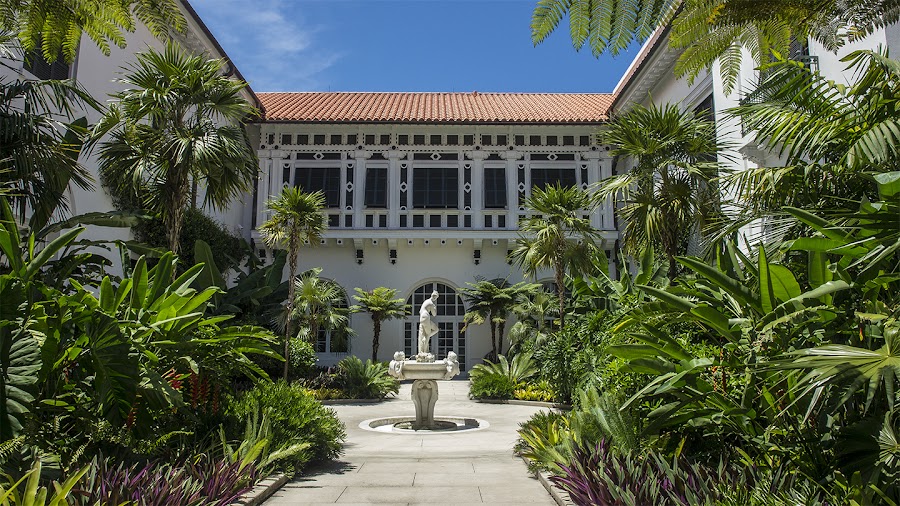 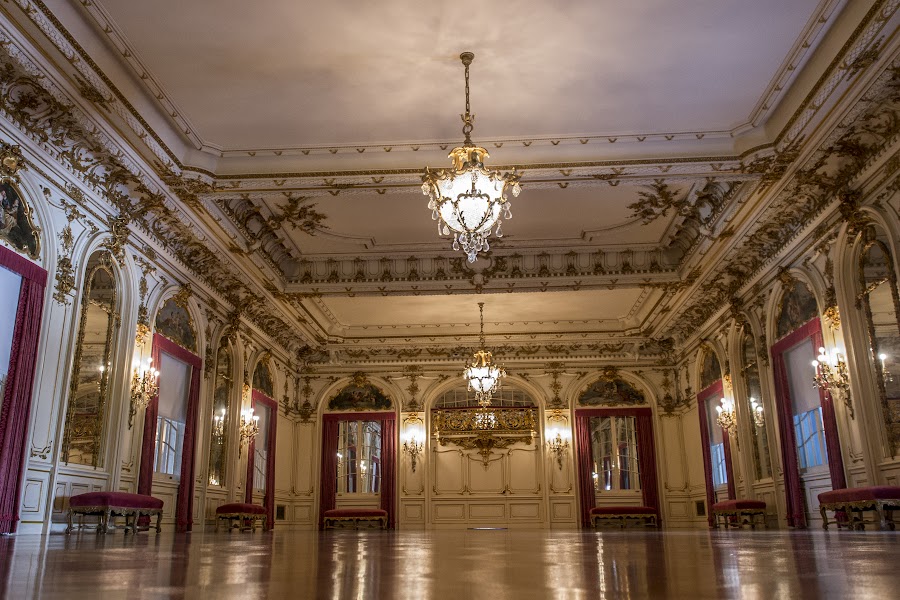 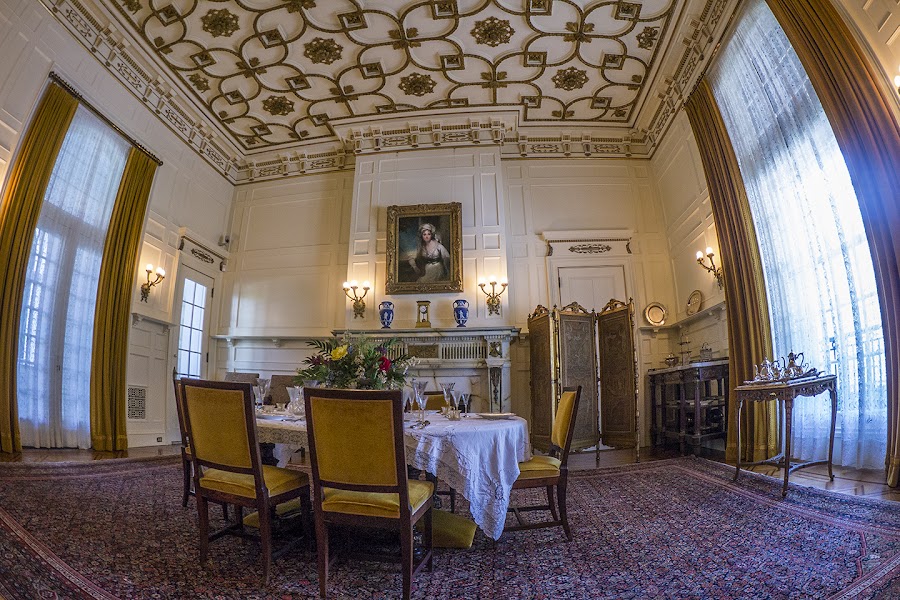 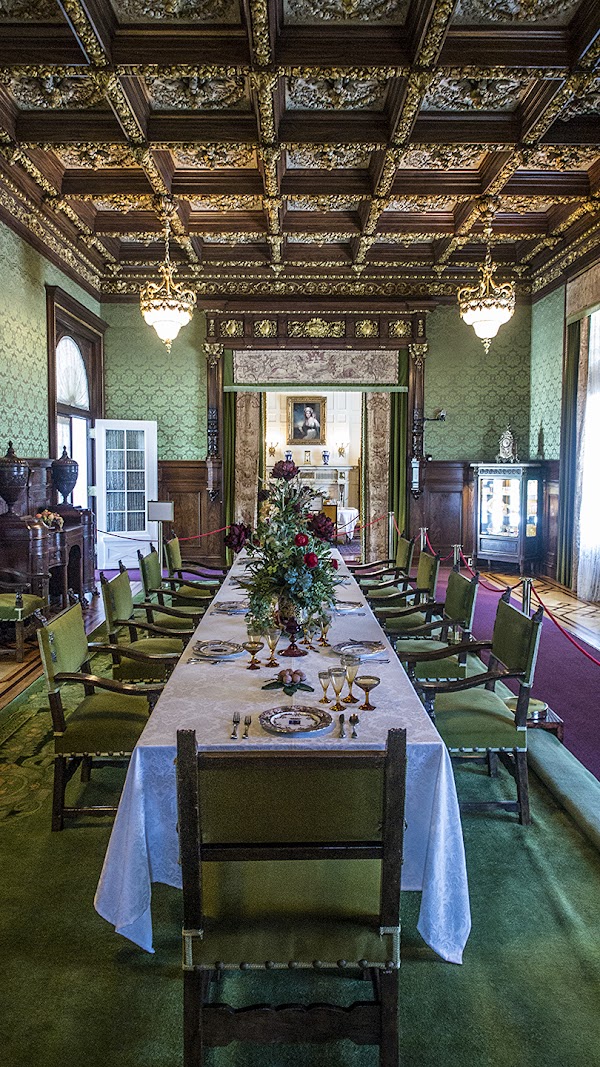 The Dining Room was designed in the French renaissance style (Darling, would you please pass the mustard? Hello? Can you hear me?) 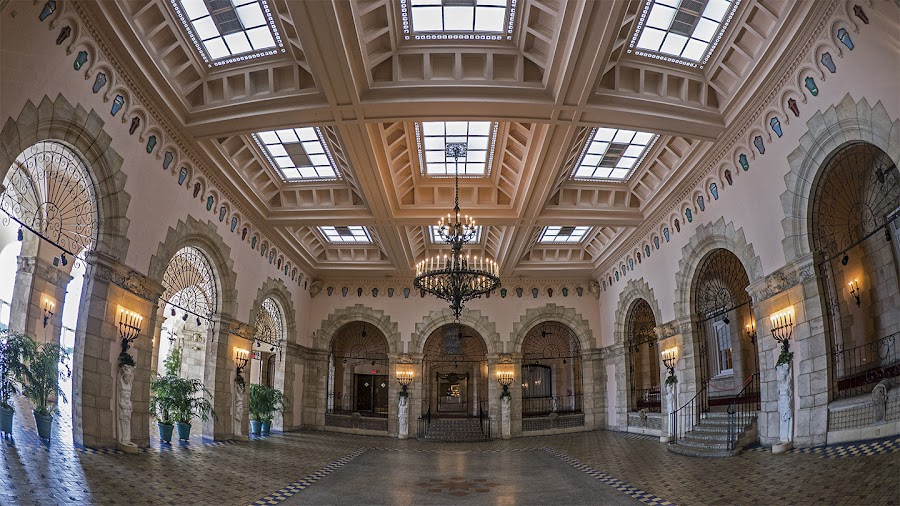 The West Room with lake view, also a popular spot for weddings (yeah, they do weddings there) 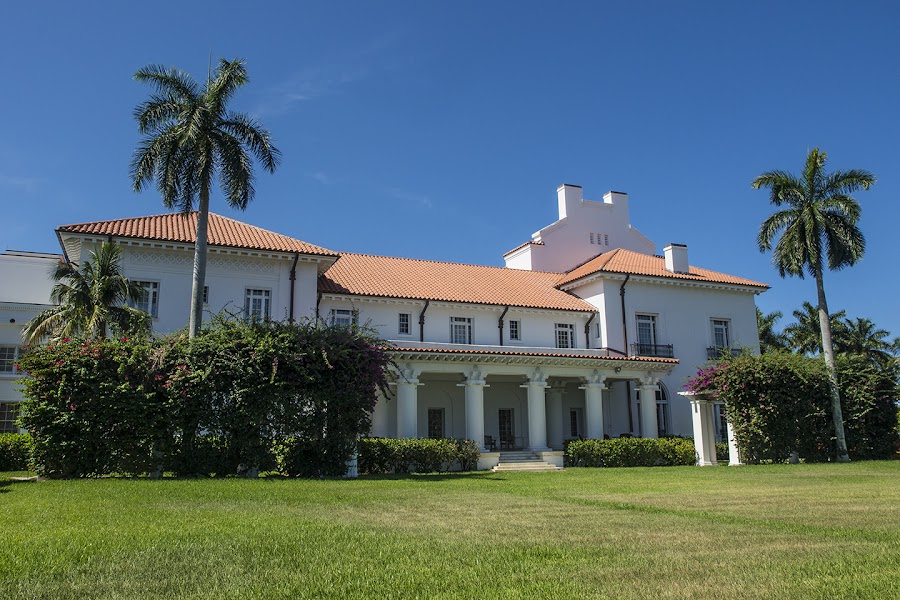 Outside view of the South Porch 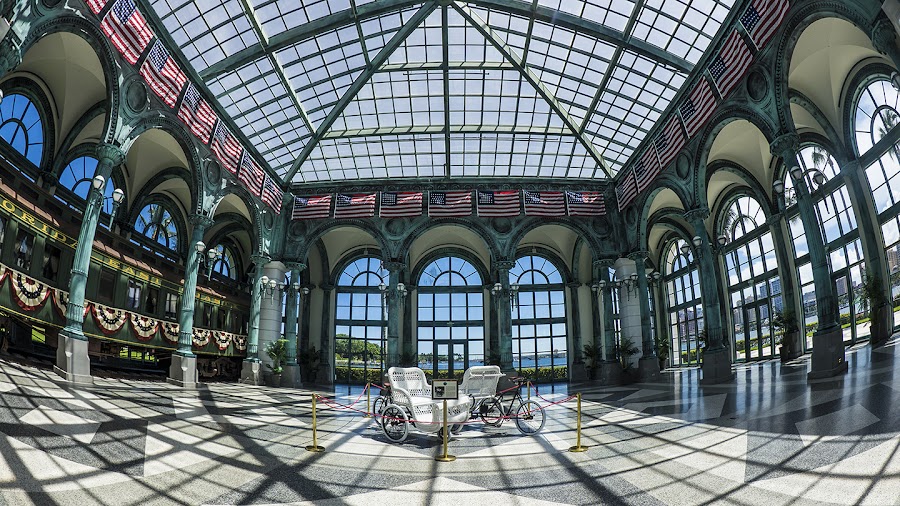 Across the lawn from Whitehall is the Flagler Kenan Pavillion which features a replica of Flagler’s private railcar, railcar #91, which was built in 1886 by the Jackson and Sharp Company of Wilmington, Delaware. 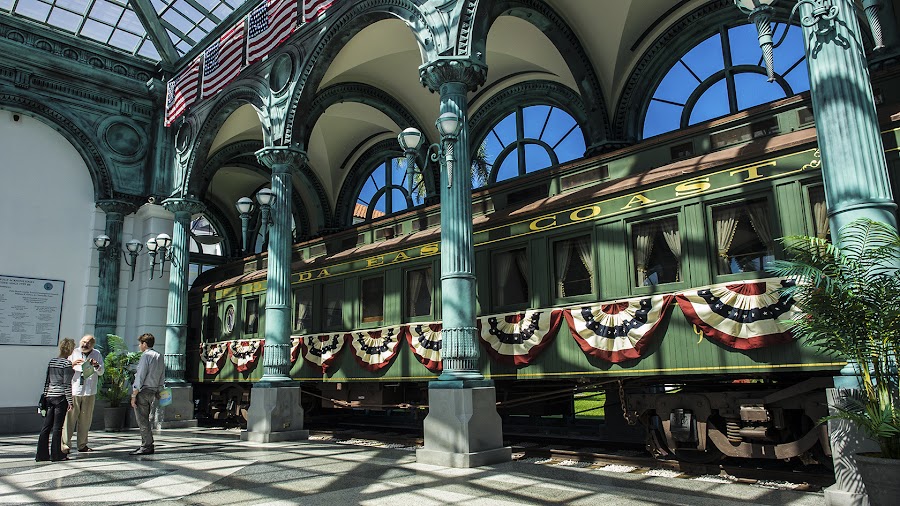 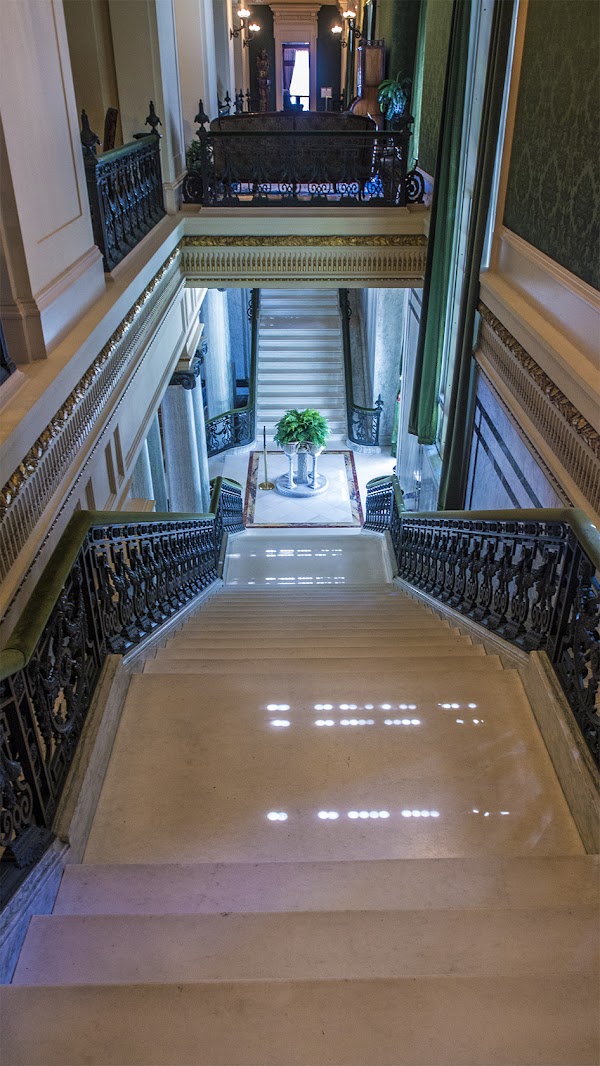 Upstairs to the second floor… 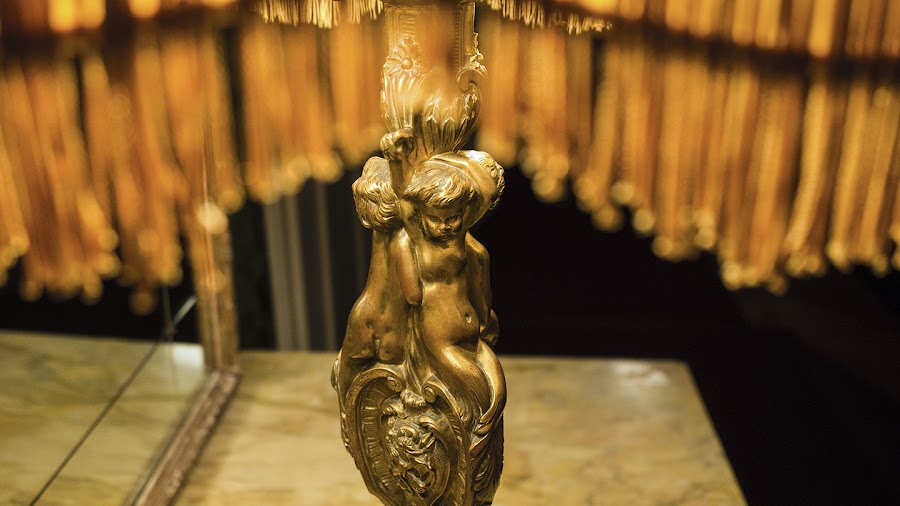 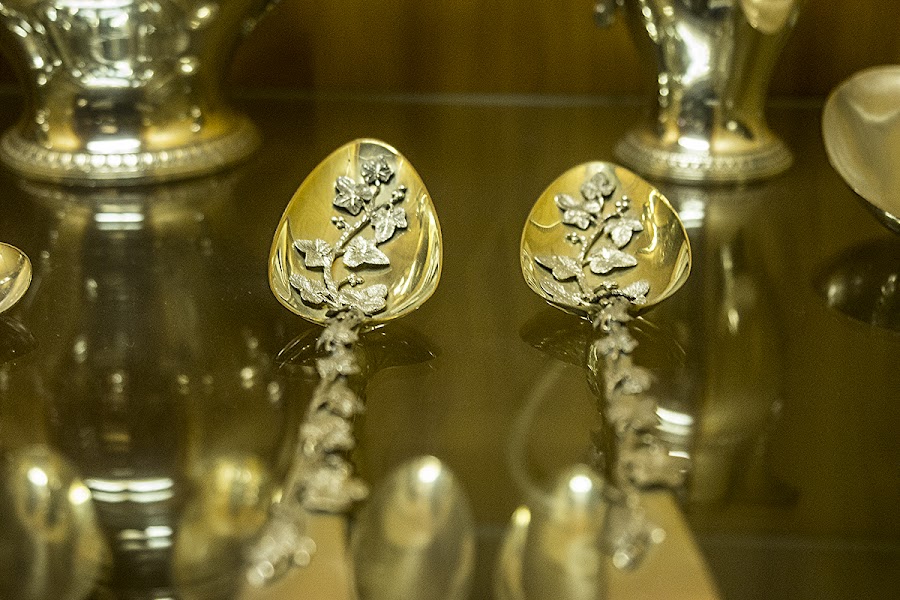 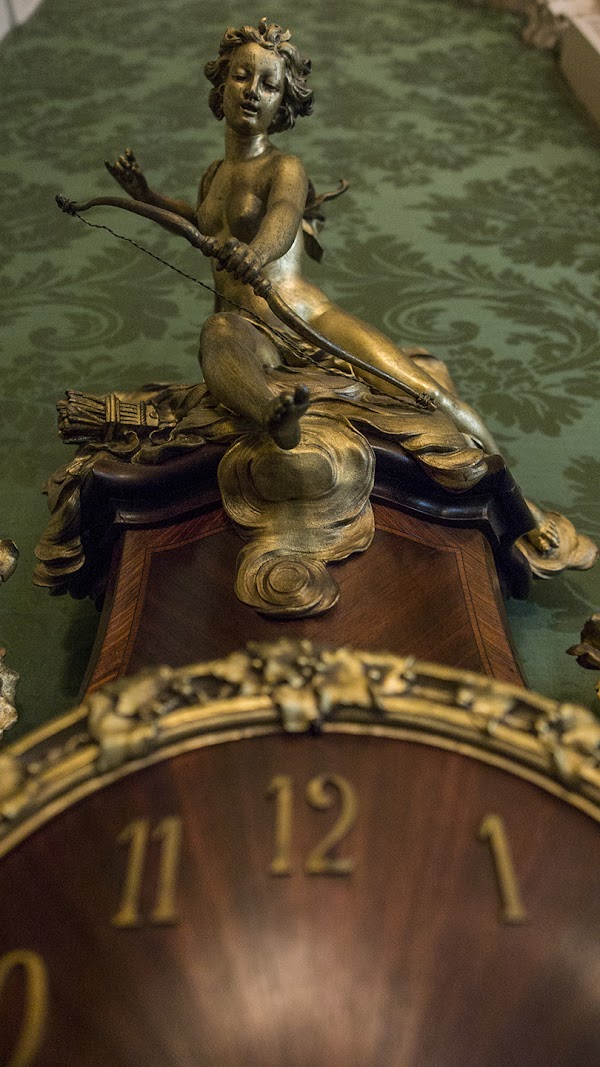 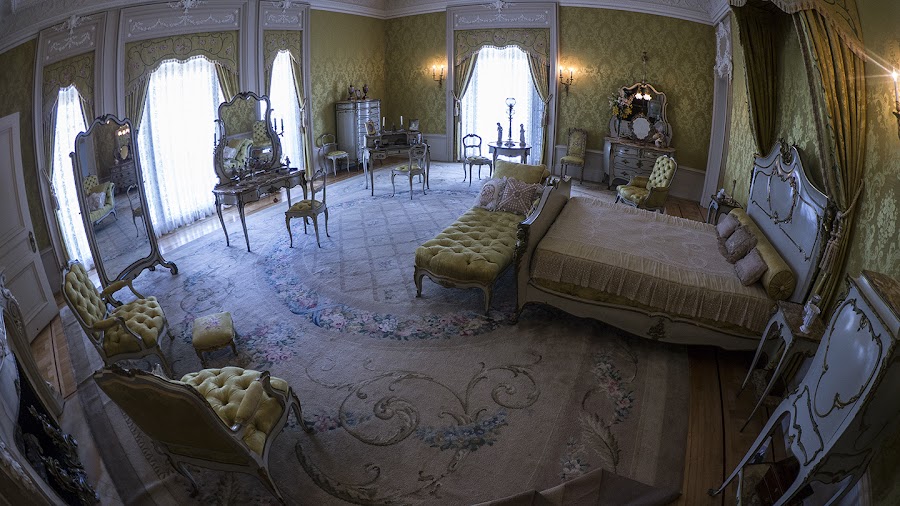 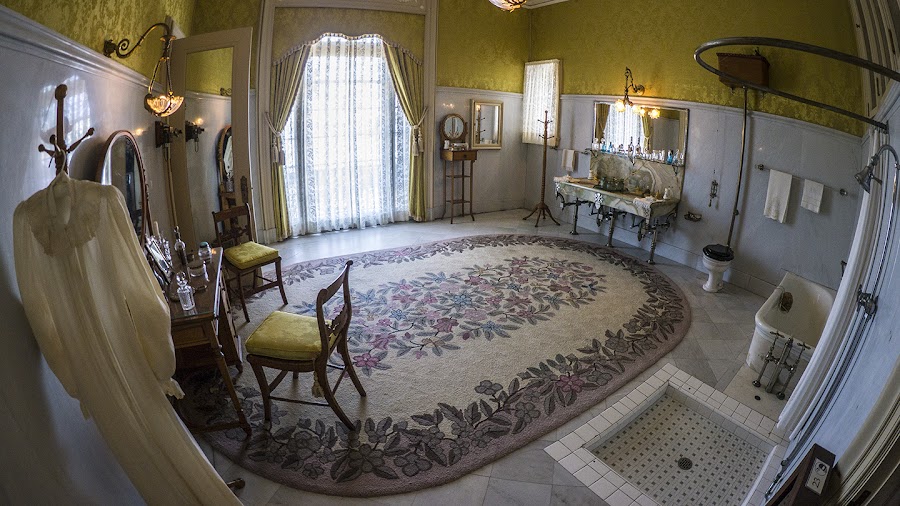 and the Master Bath features a tub, shower and telephone. 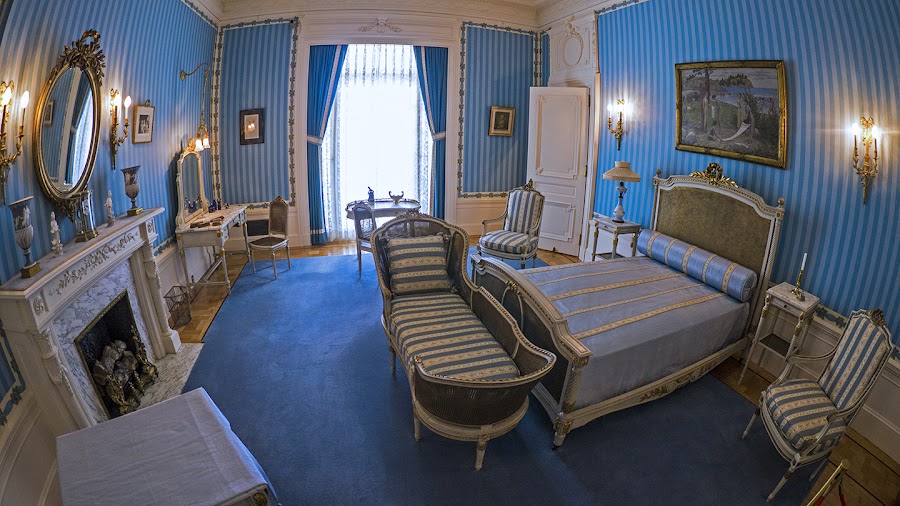 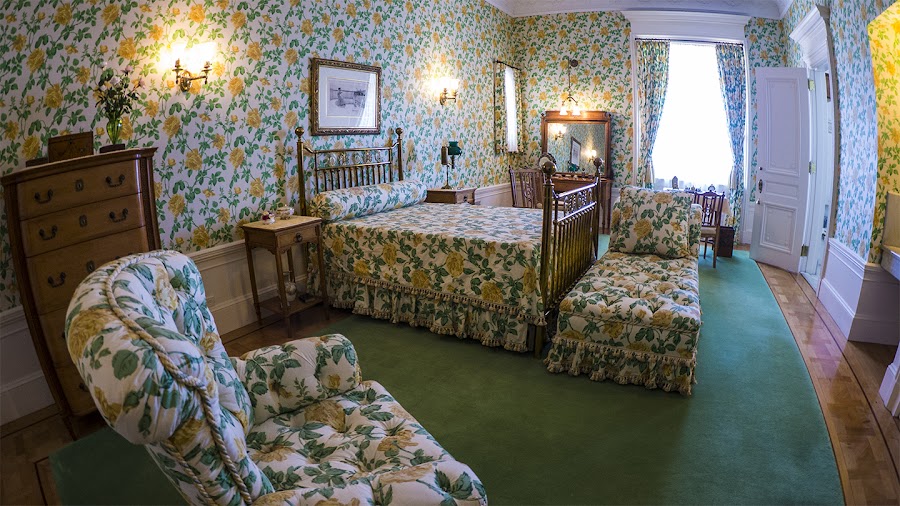 and the Yellow Roses Room. 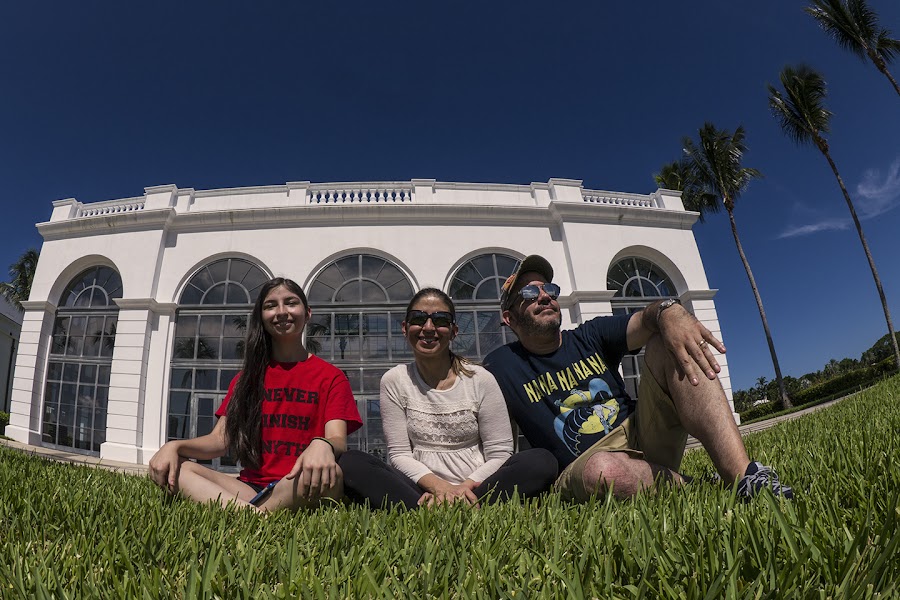 And a good time was had by all. There’s a lot more to see at Whitehall and it’s definitely worth the trip (and it’s cool in there, very cool)

A Conversation with Germaine Smith-Baugh, President/CEO of the Urban League of Broward County