The Secret to a Successful Marriage? The Answer will Surprise You

I’ve been holding back on writing this post since I originally got the idea to write it when my wife and I celebrated our 16th wedding anniversary back in April. We posted a picture on facebook of us just kicking back at home and I spoke about what I thought the “secret” to our marriage was. It ended up generating quite a few responses. I’ve wanted to elaborate a bit on that but I’ve held back because I didn’t want to sound like some schmuck giving out marriage advice.

I’ve always found it absurd for one married couple to give marriage advice to another married couple. People are different; where they come from, what they’re motivated by, who they look up to, who/what they’re influenced by, etc. What might work well for one couple may not for another.

Marriage advice? Keep it to yourself, please. 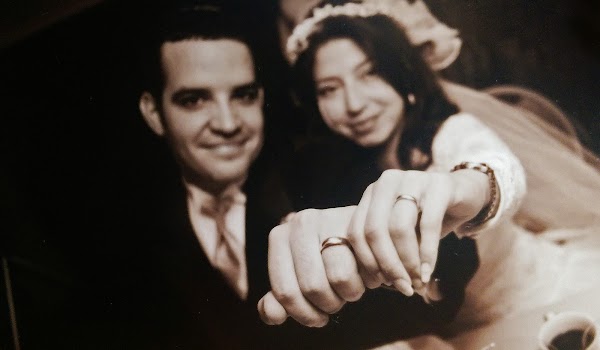 When I started my video production business 7+ years ago, my first gigs (like most videographers starting out) were weddings. Shot a few of them for my company and also shot many a wedding for other event companies and my favorite part of the wedding reception were the wedding toasts. You know, the part where the best man and maid of honor gush over what an “amazing” couple the bride and groom are, how they were just made for each other, how enviable their love for one another is.

Oh, and then the parents (if they’re both still married) and grandparents (if they’re both still alive) grab the mic and share their marriage “secrets” with the young couple; “Always listen to each other”, “Say ‘I love you’ to each other every single day”, “Never ever go to bed mad at each other” and my personal favorite, “Remember, kids, a successful marriage is hard work!” I love that one but more on that later. Now back to me and Mrs. Perez.

As of 2014, Mrs. Perez and I have been married 16 years. 16 really good years. Oh, and we didn’t exactly get off to a smooth start. My daughter was already 6 months old when we decided to get married (mostly pressure from our families), I was making barely $25k/year working in sales at a small catering business in the Bronx, my wife (who was on disability for a kidney transplant she received 7 years prior) wasn’t working and we ended up having to move into her parent’s house on Long Island after we tied the knot because I couldn’t afford a place of our own. As for the honeymoon? All I could afford was a weekend stay in chilly Montauk, New York, at Daunt’s Albatross Motel (which is still there today).

Then things really got interesting. 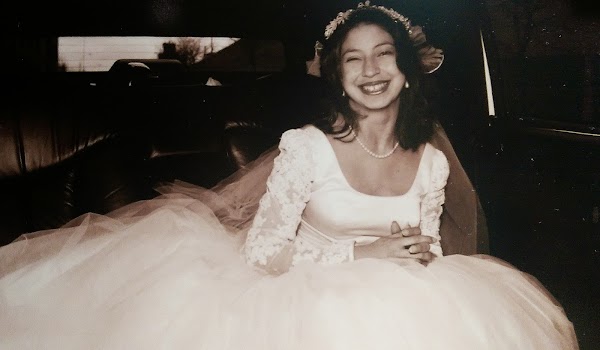 My wife’s transplanted kidney failed a few months after we got married (less than a year after my daughter was born). She would go on to spend the next nine years on dialysis. During that time, however, my career began to blossom and I landed a rather nice paying job as a sales manager in a large family entertainment center on Long Island. We were able to buy our first house (I loved that house) but after three years at my sweet but highly stressful job, I ended up on the losing end of a power struggle and was fired.

After a few months of searching, I received a comparable job offer from a multi-acre family entertainment center in South Florida so we ended up selling our house (did I mention how much I loved that house?) and relocating to Fort Lauderdale from New York, leaving our families and friends behind.

Less than a year later, Mrs. Perez was diagnosed with a large aneurysm in her heart and had to have her aortic valve replaced back in New York (thanks, Dr. Oz!). My wife then received her second kidney transplant (a few years after her heart surgery) right at the same time I decided to start a video production company. A hobby will always just be a hobby unless you take action, right? Right.

Oh, and then the rising real estate market in South Florida suddenly tanked; the home equity we were hoping to hold us over vanished. We ended up burning through our finances and all our savings. And just last summer, my wife’s aortic valve had to be replaced yet again in New York’s Presbyterian Hospital.

But here’s the thing, we got through all that. Our marriage stronger, our family stronger. And it could have easily gone the other way. Health issues, relocation, plummeting finances – these sort of challenges have left many a failed marriage in their wake.

So how did we do it? What was our secret? Dumb luck. 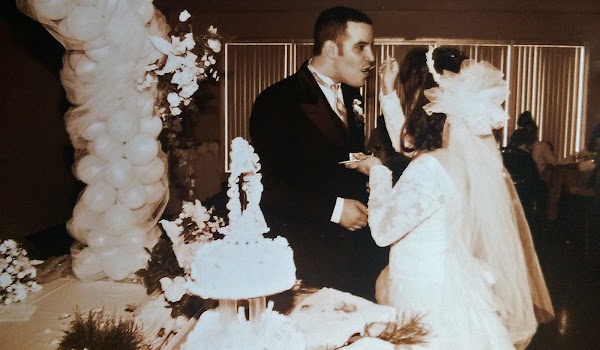 The right two people got married, that’s all. We didn’t know it then but we sure as shit know it now. And that’s not to say we’ve made it the whole way through yet – we’ve come a ways but we’re nowhere near the finish line; there are more challenges to come. We both know that.

And as for the whole “marriage is hard work” thing? Rubbish. It ain’t that marriage is hard, it’s that life starts to really suck right around the time we get married (early-late twenties). You know, right around the time we’re trying to pay off our college loans while working our asses off climbing up the corporate ladder (or trying to launch our own business) so that we can make more money so that we can buy a nice big house with a nice car in the driveway in a really nice neighborhood and buy really cool shit at Ikea and send our kids to private school.

That’s usually the time when you get stuck with an overworked asshole of a boss (or you find out that you suck as the boss of that business you started that was gonna allow you to retire at the age of 42) and your 3-year plan to save up for a house turns into 7 years living in an apartment and your first kid is born with autism and your wife now has to quit her job to be a full-time mom and your finances take a hit and the nice house with the nice car in that nice neighborhood and all that cool shit you were gonna buy at Ikea seems like a stupid dream now.

Let’s just say our lives become more complicated right around the time most of us get married, yes?

With that said, I don’t feel I’ve ever worked a day in my life on my marriage. Life can really suck ass sometimes but my marriage is where I go to escape that. It’s where I find solace, peace, happiness. Are we really expected to punch out at our “job” (which a majority of people hate) and then punch in again to work when we get home to our spouse?

I don’t think so. 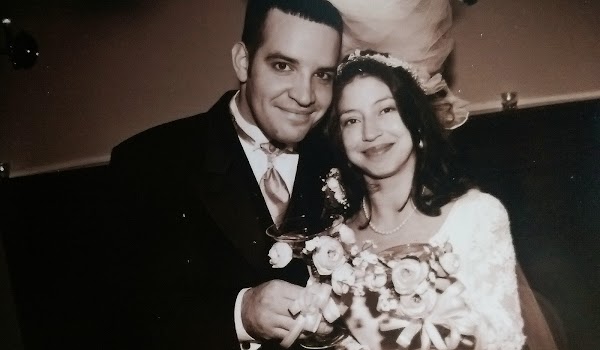 You’ll hear people say about their jobs that when you love what you do, it isn’t work. Shouldn’t marriage be the same thing? It is in this house. Why? Because I married the right person. And it wasn’t because I was smart – just lucky.

And here’s the really stupid part about the whole thing: nobody knows it on the day they get married. The day before life starts to show you how malicious it can be. The day before your wife’s kidney fails and she has to go on dialysis for the next nine years, the day before you get fired from your job, have to move to another state (Florida!), have to watch your wife get the aortic valve of her heart replaced twice, start a business, lose your whole life’s savings…

And I know this is gonna sound as corny as hell but besides the few days my wife was still too groggy from the heavy dose of anesthesia she received from her surgeries, I can’t remember a single day where we didn’t laugh together. Not one.

There’s no marriage secret for that, that’s just dumb luck.

Through it all, we’ve seen our daughter grow to be a beautifully cynical young lady (daddy’s girl, God help her), seen my wife receive a perfect match of a kidney after her doctors just about ruled out any possibility of that ever happening (seven years since her transplant and still going strong), seen my business grow each of the past seven years, even winning a few film festival awards along the way, all the while realizing that long stays in the hospital and not having money couldn’t break us…

And did I mention we’ve laughed every single day?

Dumb luck. That’s the secret to a successful marriage. Don’t let anyone tell you otherwise.