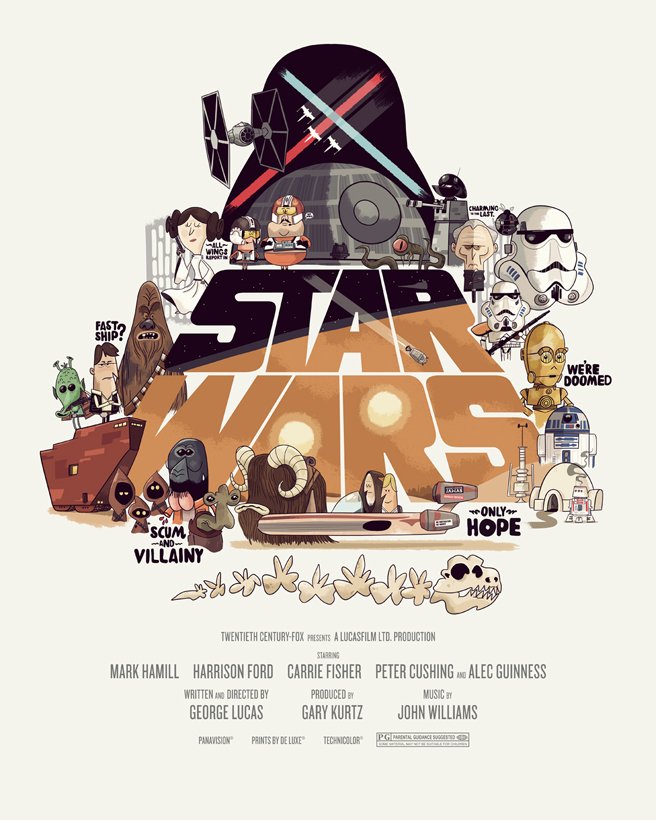 With the recent purchase of Lucasfilm Ltd. by The Walt Disney Co. for a paltry $4.05 billion, I thought a series of alternative posters for the original Star Wars trilogy would be apropos for this week. The posters were designed by Southern California based illustrator Christopher Lee who invested “150 hours of hand-drawn, and hand-colored work” to complete these unique posters.

The original Star Wars film was actually turned down by Universal Studios when a rather unknown director named George Lucas (who was working on the low-budget “American Graffiti” at the time) approached them with the idea. The film idea was ultimately picked up by 20th Century Fox and went on to gross $775 million worldwide. Oh, and if you adjusted that number for inflation the amount would be almost $2 trillion(!) dollars.

Despite known actors like Alec Guinness and Peter Cushing in minor roles, the film succeeded with a cast of young and relatively unknown actors. Sissy Spacek and Cindy Williams (Shirley from “Laverne & Shirley“) were among the actresses who auditioned for the role of Princess Leia (played by Carrie Fisher) and James Earl Jones was the on-screen voice of Darth Vader. He refused to have his name included in the final credits, however, because he believed the film would be a box-office flop. Who knew?

May The Force be with you… 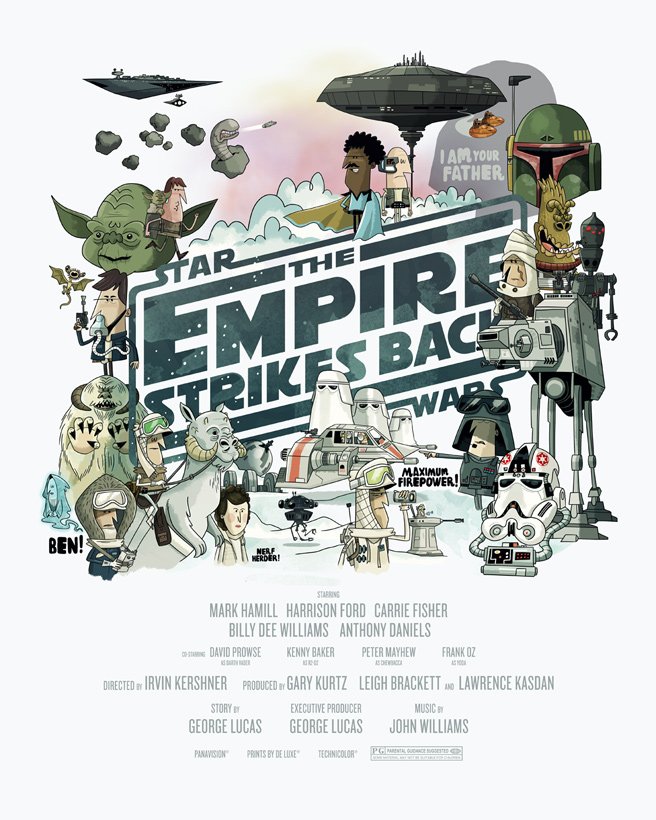 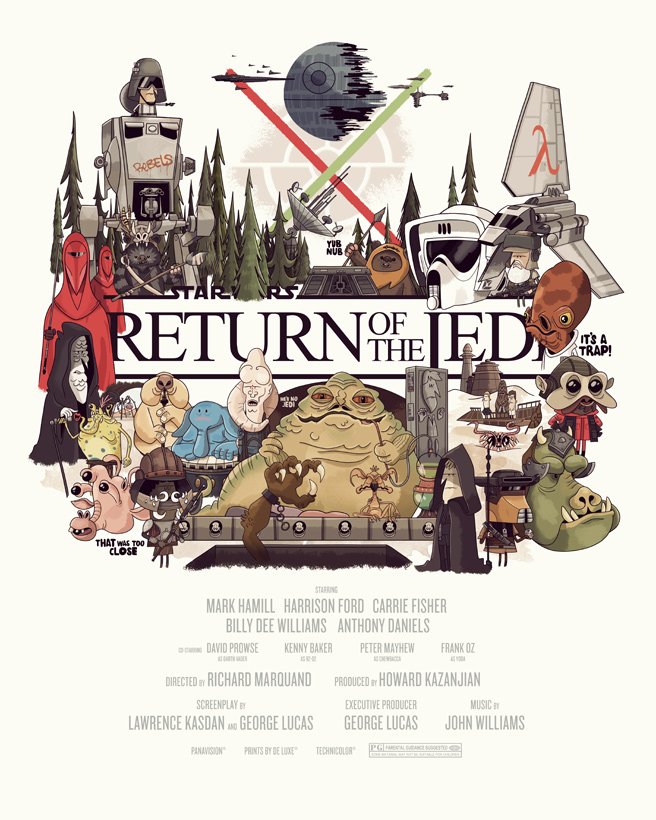