The Thyssen-Bornemisza Museum in Madrid (In Pictures) 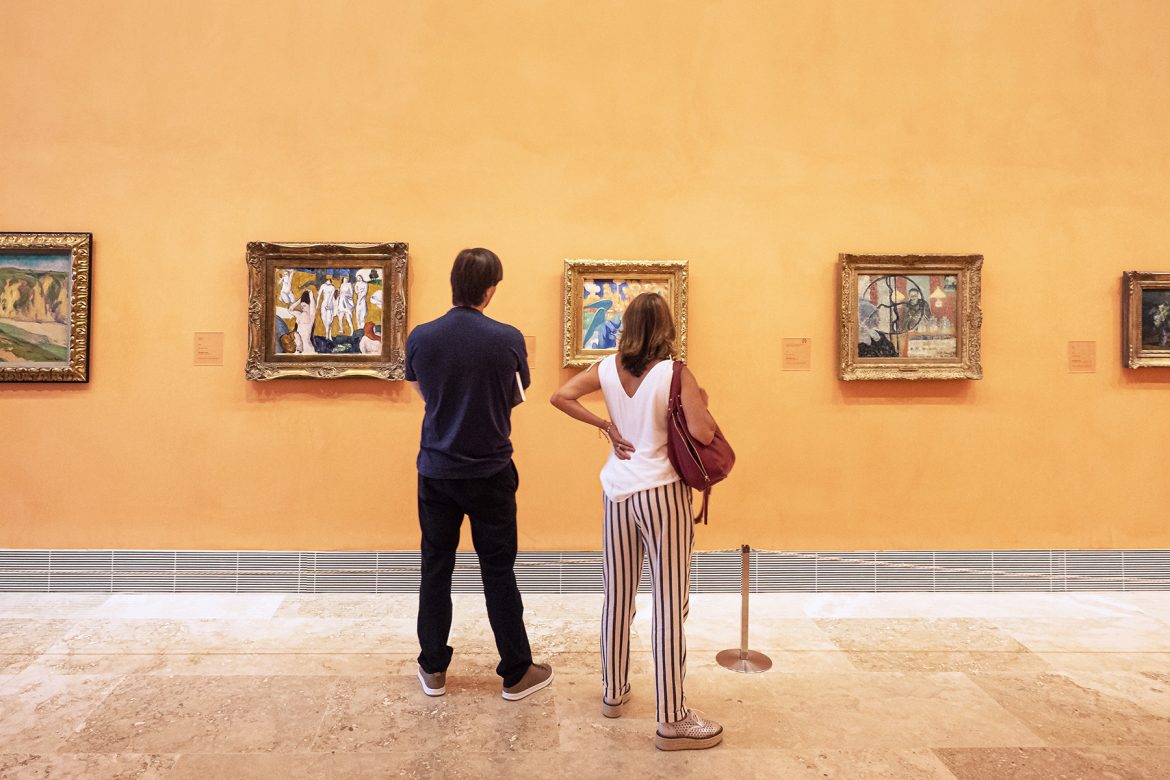 In case you haven’t read my previous post, last month, I took the family to Spain for a nine day vacation. Our first stop was the cosmopolitan city of Madrid. Now, if you know me, you know I got this thing for art museums and Madrid has what is known as the “Golden Triangle of Art”, which includes the Prado, the Thyssen-Bornemisza Museum and the Reina Sofia national galleries. The Prado, the main Spanish national art museum, doesn’t allow photographs which immediately disqualified it as a museum I planned to visit (I mean, if the Metropolitan Museum of Art in New York City allows photographs, who the heck does the Prado think they are?!).

Over the years, I’ve visited the aforementioned Metropolitan Museum of Art, the Brooklyn Museum, the Museo Nacional de Arte and Museo Soumaya in Mexico City, the National Museum of Art of Romania, the National Gallery of Bosnia and Herzegovina in Sarajevo, el Museo de Arte de Ponce in Puerto Rico, and the Norton Museum of Art right here in South Florida. If there’s an art museum in town, I’m there. 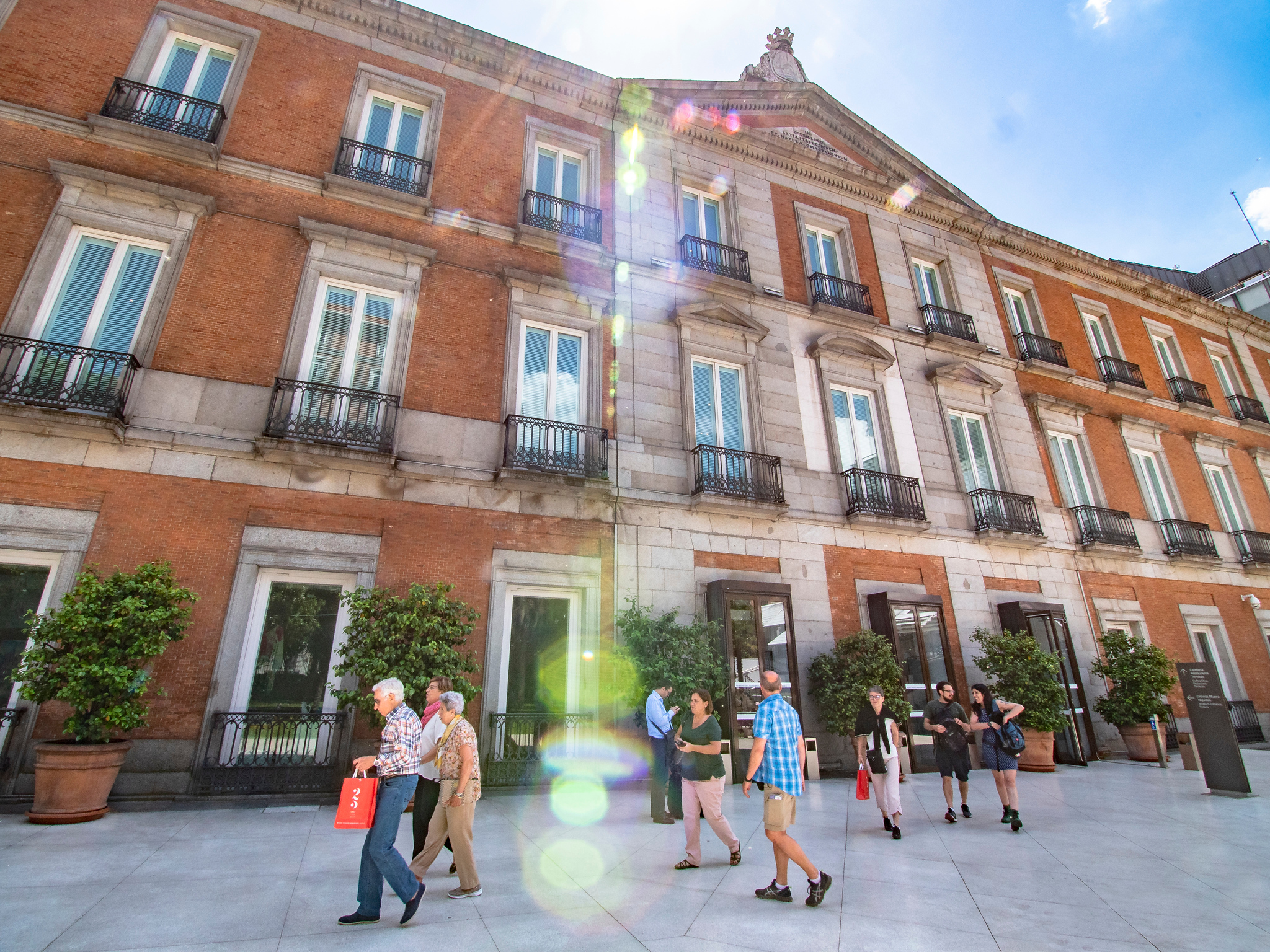 Next up is the Thyssen-Bornemisza Museum which houses over 1,600 paintings and was once the second largest private collection in the world after the British Royal Collection. The museum houses the core of the collection of Heinrich Freiherr Thyssen-Bornemisza de Kászon et Impérfalva, a German-Hungarian entrepreneur and art collector. The museum includes a mix of Medieval art, 17th century art by Flemish/Dutch masters, and works by Spanish surrealist artist Salvador Dalí.

After Heinrich Thyssen died in 1947, his son, Hans Henrik Ágost Gábor, Baron Thyssen-Bornemisza de Kászon et Impérfalva (try saying that name three times fast) inherited his art collection. The collection was initially housed in the family estate in a twenty-room building in Lugano, a city in southern Switzerland. In 1988, the Baron filed a request for building a further extension but the plan was rejected by the Lugano City Council. The Baron’s wife, Carmen “Tita” Cervera (a former Miss Spain 1961), persuaded him to relocate the core of his collection to Spain where the local government had a building available next to the Prado.

The Thyssen-Bornemisza Museum officially opened in 1992, showing 715 works of art. A year later, the Spanish Government bought 775 works for $350 million. Cervera started her own collection and loaned 429 works to the museum in 1999 for 11 years. The loan has been renewed annually since 2012 (she also chose the salmon pink tone of the interior walls of the museum).

We visited this lovely museum on our second day in Madrid and, of course, I brought along my camera and took a few photographs of some of the many remarkable pieces of art there (thankfully, the Thyssen Museum doesn’t have the over-inflated ego of the Prado). Enjoy… 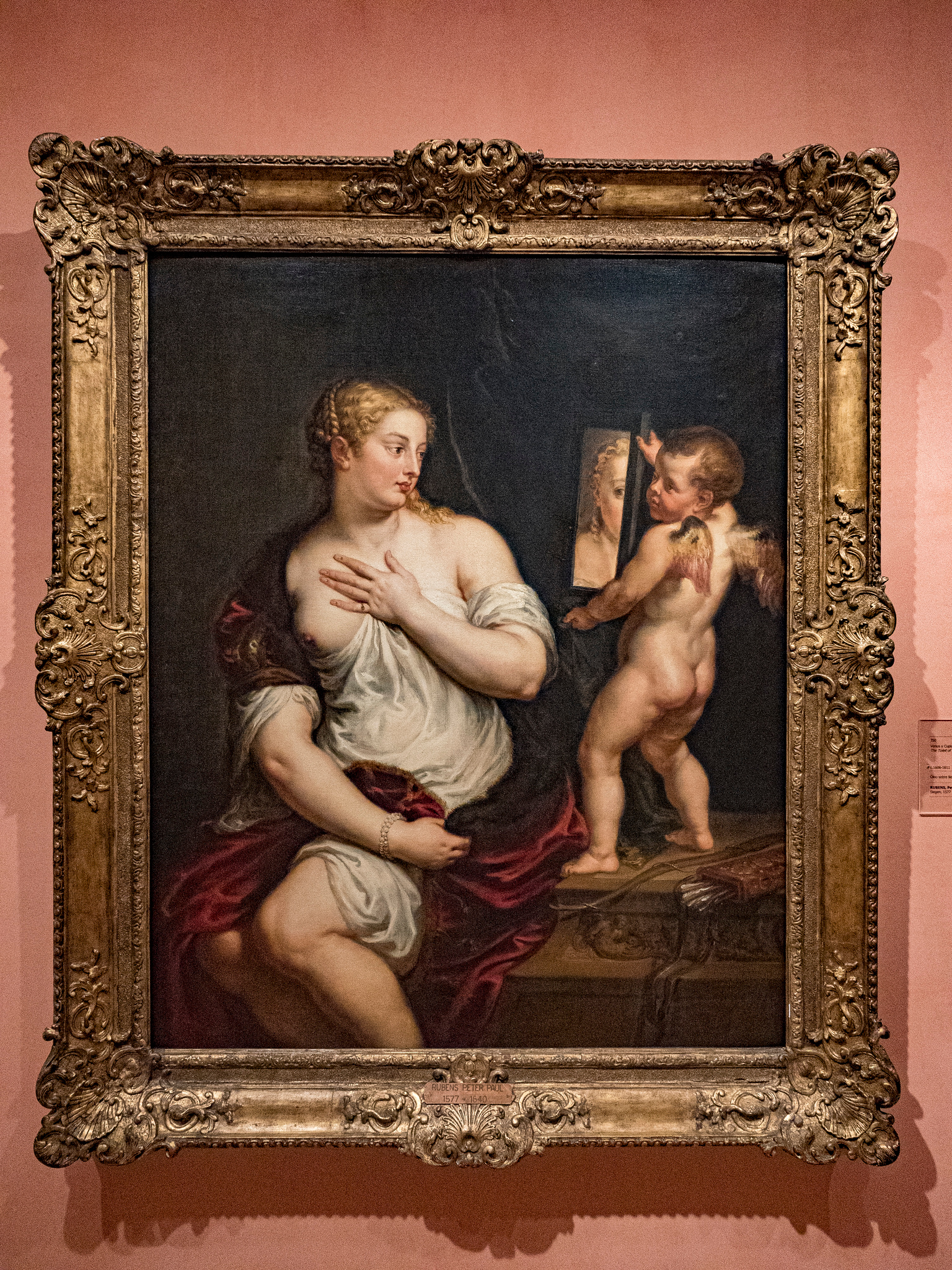 “The Toilet of Venus” by Flemish artist Sir Peter Paul Rubens (1577-1640), who is considered the most influential artist of Flemish Baroque tradition… 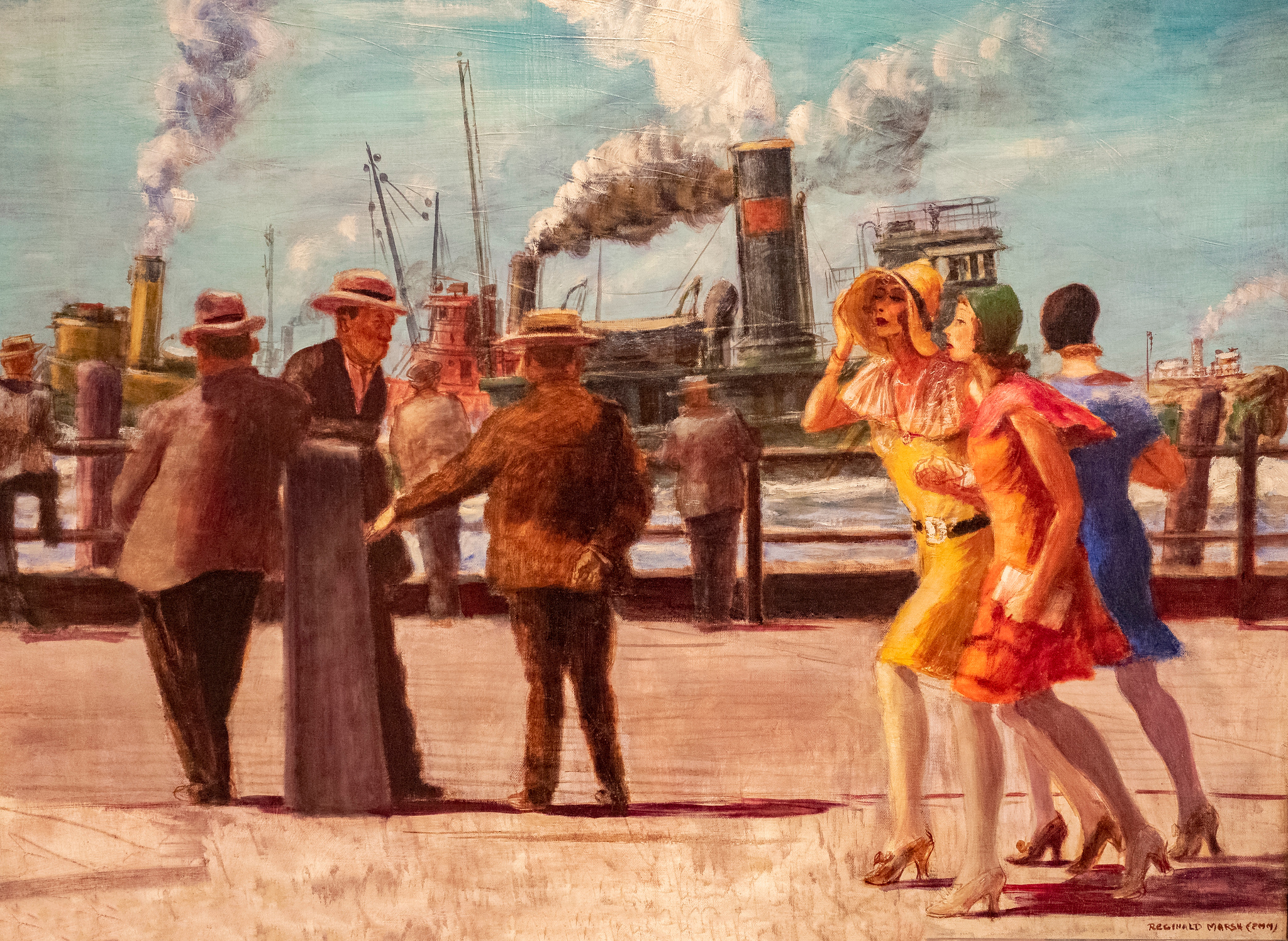 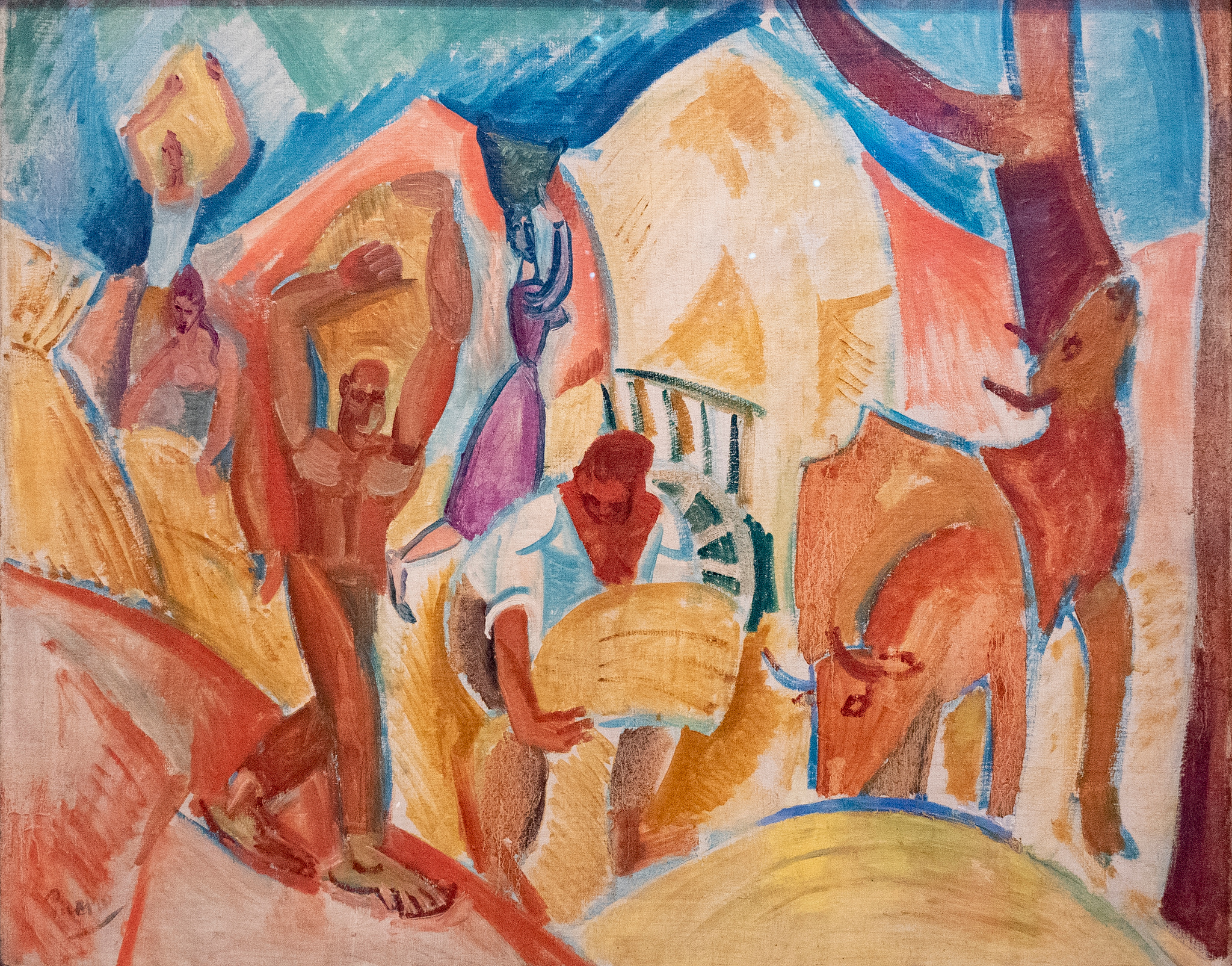 “Quappi in Pink Jumper” by German painter Max Beckmann (1884-1950). The woman in the painting is his second wife, Mathilde “Quappi” Beckmann. With the rise to power of Adolf Hitler and his dislike of Modern Art, the government confiscated more than 500 of Beckmann’s works from German museums in 1937, putting several on display in the notorious Degenerate Art exhibition in Munich. “Degenerate Art” being a term adopted by the Nazi regime in Germany to describe Modern art. Such art was banned on the grounds that it was un-German, Jewish, or Communist in nature. Beckmann left Germany in 1937 with his second wife, Quappi, for The Netherlands. He later settled (and died) in New York City.

“The Reader” by one of the best-known Swiss painters of the nineteenth century, Ferdinand Hodler (1853-1918)

A couple (perhaps) discussing the meaning of “Portuguese Woman (The Large Portuguese)” (on left) or “Still-Life with a Parrot” (right) by French artist Robert Delaunay (1885-1941) who, with his wife Sonia Delaunay and others, co-founded the Orphism art movement, noted for its use of strong colors and geometric shapes… 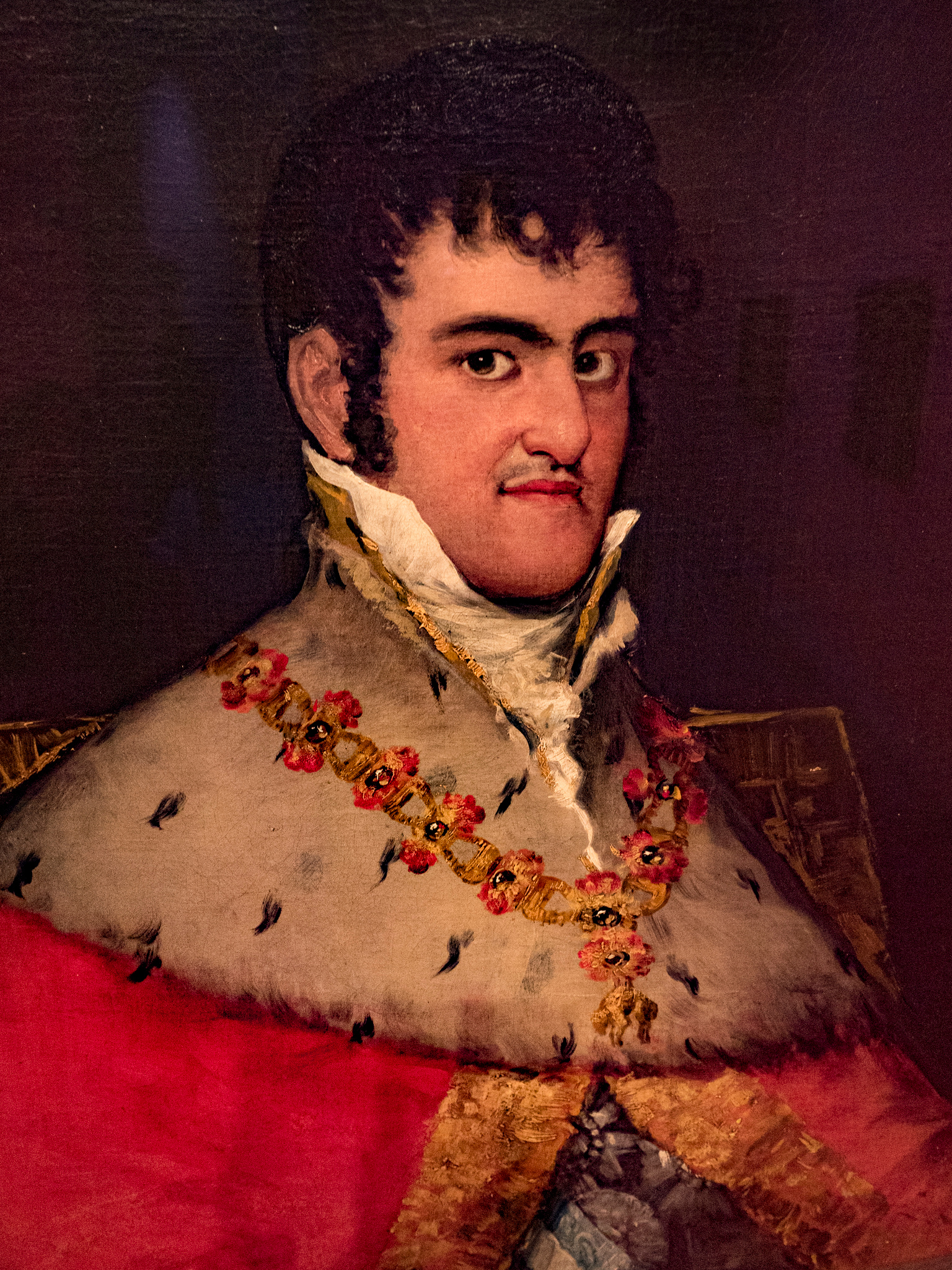 My daughter snapping a photo of “Portrait of Millicent, Duchess of Sutherland” by American artist John Singer Sargent (1856-1925), considered the “leading portrait painter of his generation” for his evocations of Edwardian era luxury… 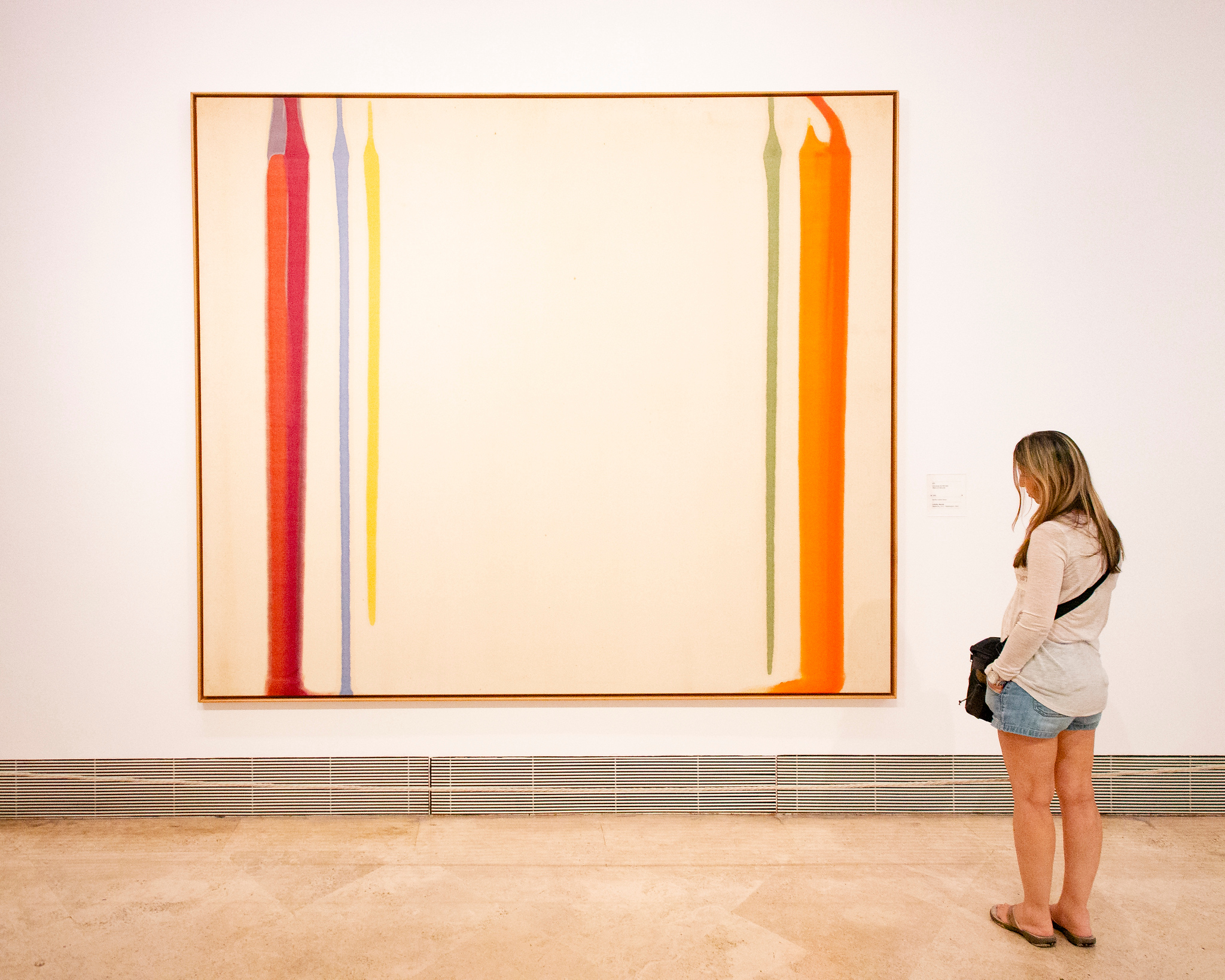 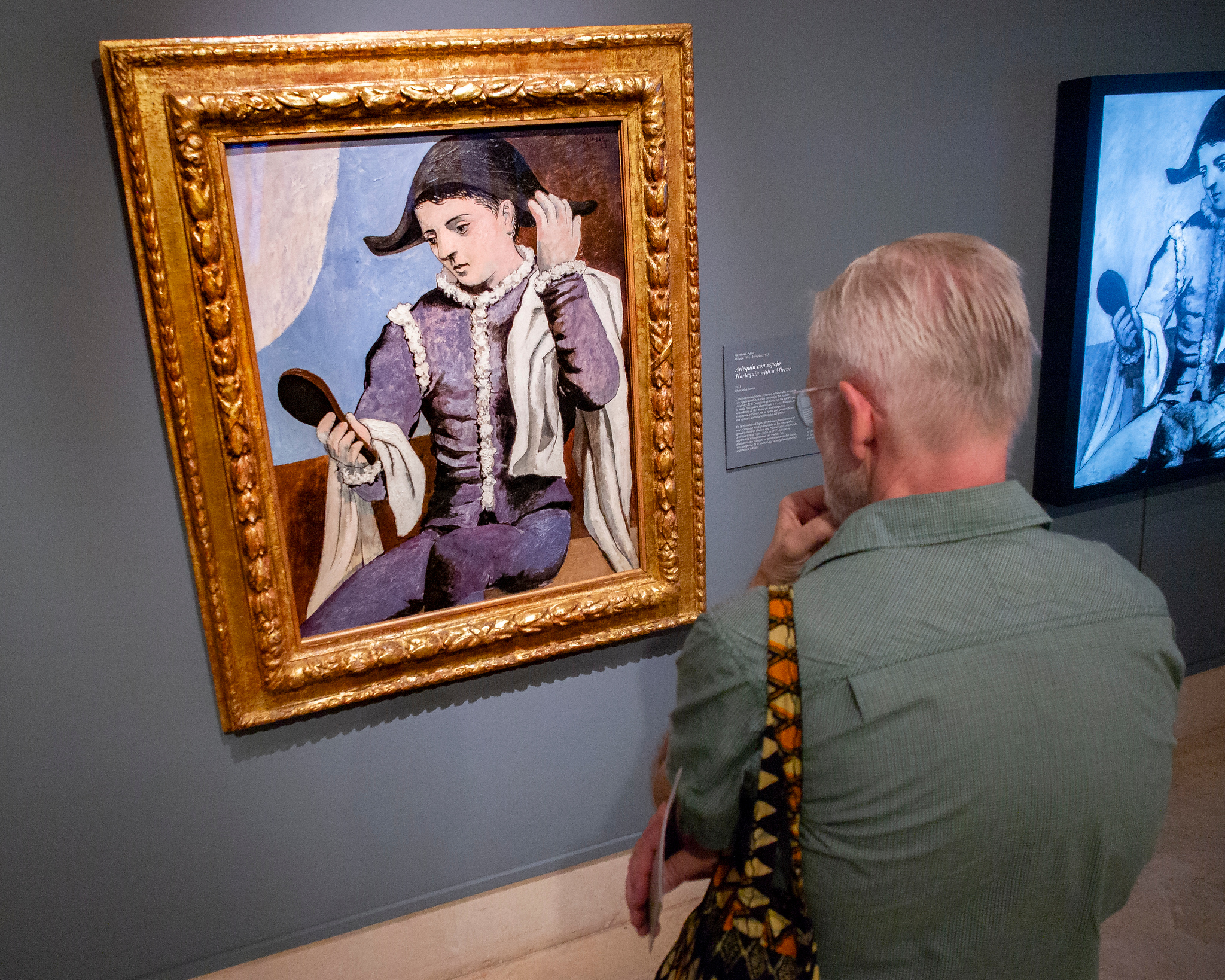 Hope you enjoyed the photographs. Look for my photographs from our visit to the Museo Nacional Centro de Arte Reina Sofía in an upcoming post…

The Cosmopolitan City of Madrid, Spain (In Pictures)

The Magnificent Medieval Walls of Ávila, Spain (In Pictures)